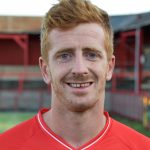 Goal scoring talent recruited from Northern League side Penrith in the summer of 2013.

Scored a handful of goals in Conference North and matured into a prolific marksman during the ’15-16 campaign, netting 32 in league and cup – a tally which included a four-goal blast against Matlock Town.

Now has five hat-tricks and over ninety goals to his credit as he approaches 250 appearances for the club.

One of several competent cricketers in the side. 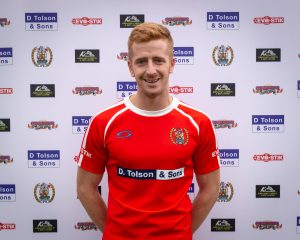