The NPL West Division title race will go to the final week of the season and Reds need three straight wins to avoid the lottery of the play-offs.

That is on the assumption that Rylands will win their final two matches and, on the evidence of this showing, they will be strong favourites to obtain six more points.

In contrast to the free-flowing game between the two earlier this season, this was more a game of football chess but a compelling tussle nevertheless.  It was always going to be a close contest and so it proved with clear cut chances few and far between.

“Plan A was to win the game and Plan B was not to lose it”, according to a reasonably satisfied Workington boss, Chris Willcock.

And to come from behind with a late equaliser left the Workington faithful a little more upbeat than the Rylands’ supporters who could have been forgiven for thinking the title was theirs for much of the second half.

On a day it was announced that Connor Gaul had left the club to pursue his career in New Zealand, Reds were further depleted by the loss of defensive stalwarts, Kyle Harrison and Sam Smith.

So, to restrict free-scoring Rylands to just the one goal with a makeshift back line was an achievement of sorts.

But Workington found it equally difficult to break through Rylands three central defenders, although probably made them look better with a persistence of lobbing high balls into the six yard area.

Only when Scott Fenwick was introduced did Reds start to contest the ball in the air.

The two best scoring opportunities in the first half fell to Nic Evangelinos and Scott Bakkor.

The former met a near post cross from Dav Symington only to see his effort pushed away by a fine reflex save from Rylands’ ‘keeper, Graeme McCall.

But the well travelled and much respected, Bakkor, had more success in the forty-fourth minute.  He found space to meet Andrew Scarisbrick’s chipped cross and his glancing header gave the first time visitors an interval lead.

Matty Clarke had a promising run into enemy territory early in the second half and Symington dragged a left footed shot wide.

And despite a superb effort to get back in contention, Reds were finding all avenues to McCall’s goal blocked.

They had to show resilience on a couple of occasions when the dangerous Kane Drummond broke through.

On one occasion, he got away from Brad Carroll and Jim Atkinson came to the rescue by grabbing the ball from the striker’s feet.  And Atkinson then made a routine save gathering Drummond’s shot from distance with ease.

The biggest crowd of the season was then brought to life in the eighty second minute thanks to a spectacular equaliser from Reds’ only ever-present this season, Matty Clarke.  He chose the perfect time to score his first Borough Park goal with a twenty-five yard scorcher which found a way past the airborne McCall and into the top corner of the net.

The relief was tangible.

It prompted a late flurry of activity at both ends of the field but two solid defences held firm and a draw was probably a fair outcome.

Both can still win the league, although Rylands remain favourites on the basis of having the extra point rather than a game in hand, yet one of these two fine teams could miss out on promotion altogether.  That would be travesty. 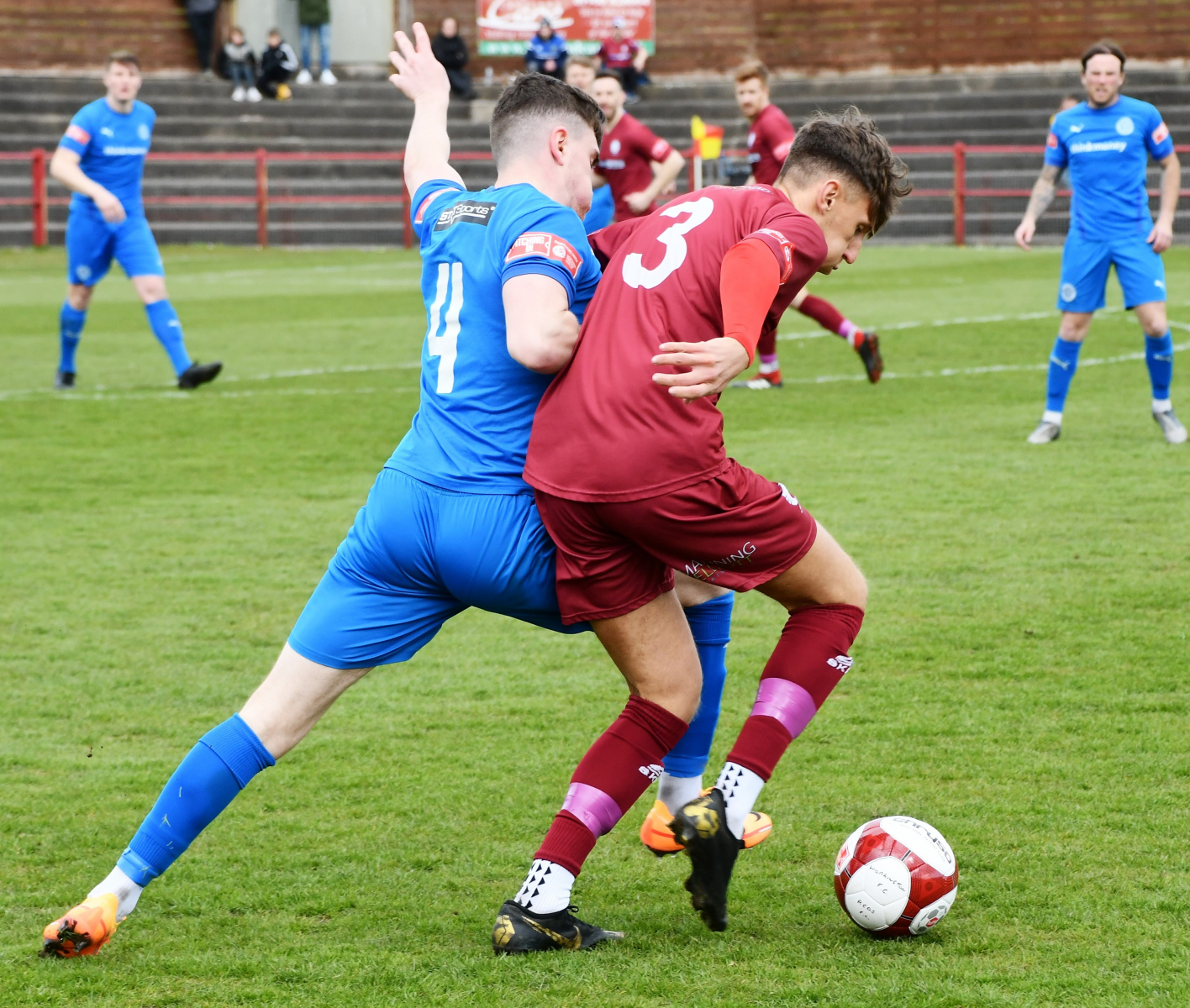 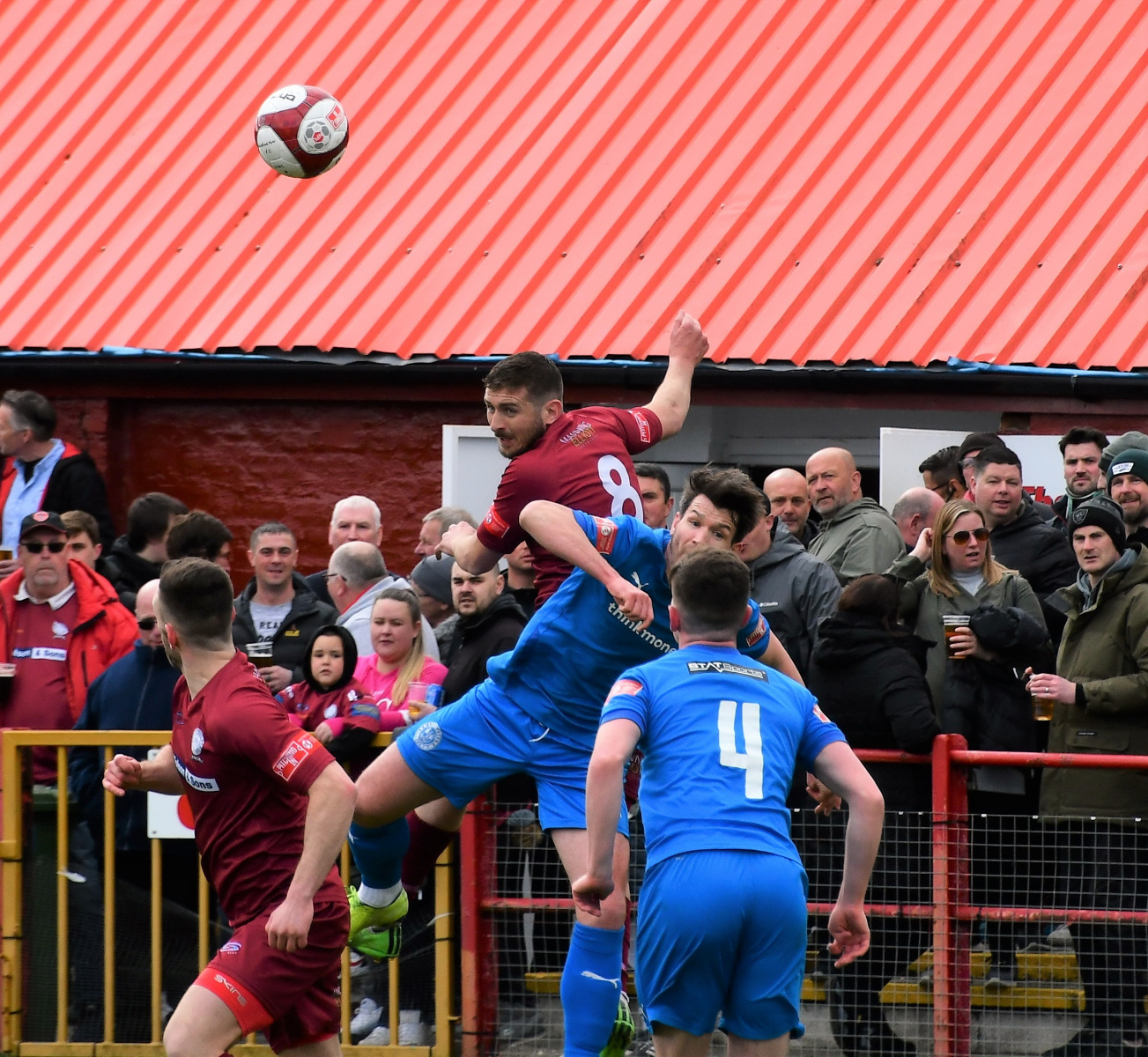 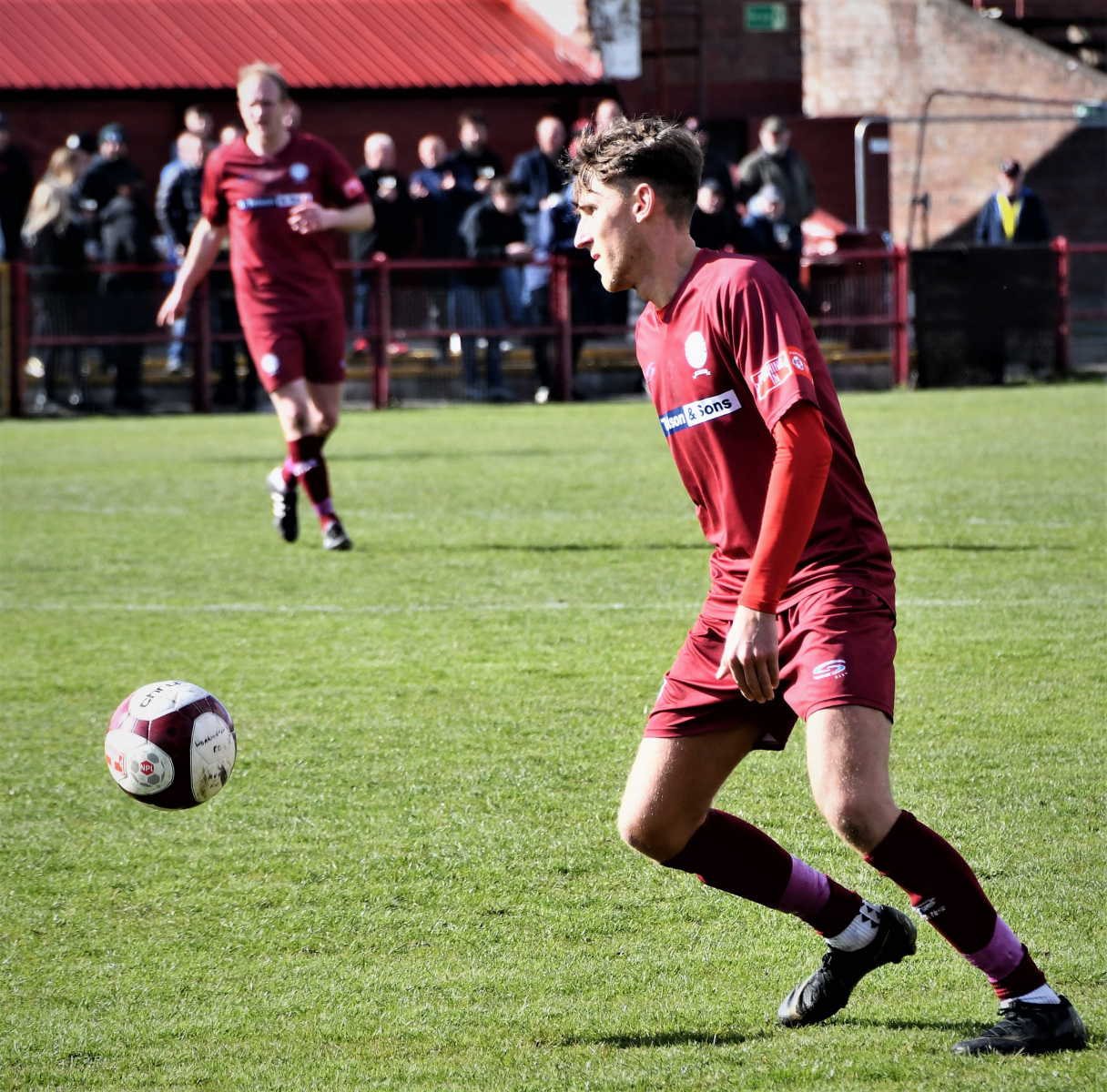 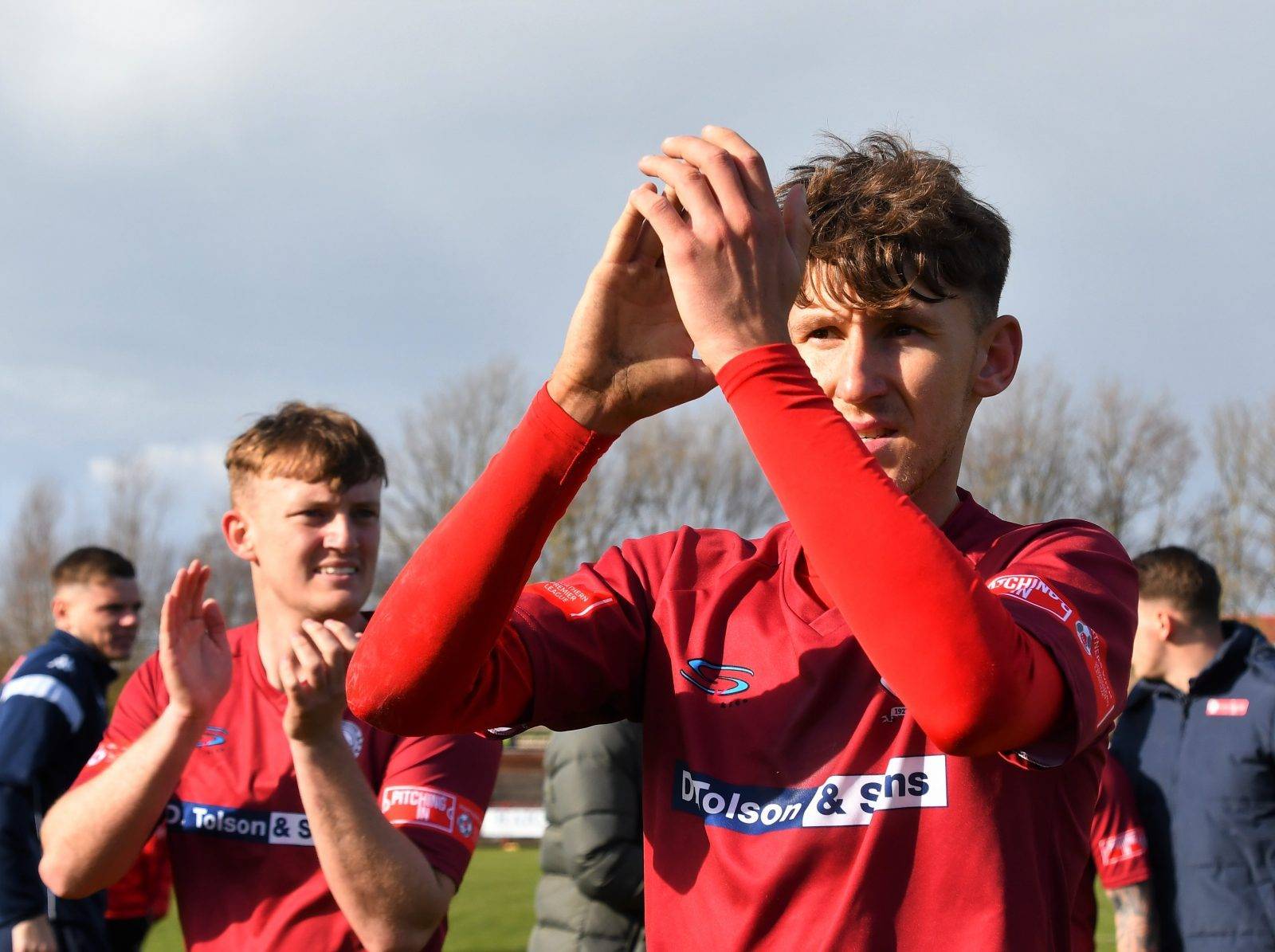 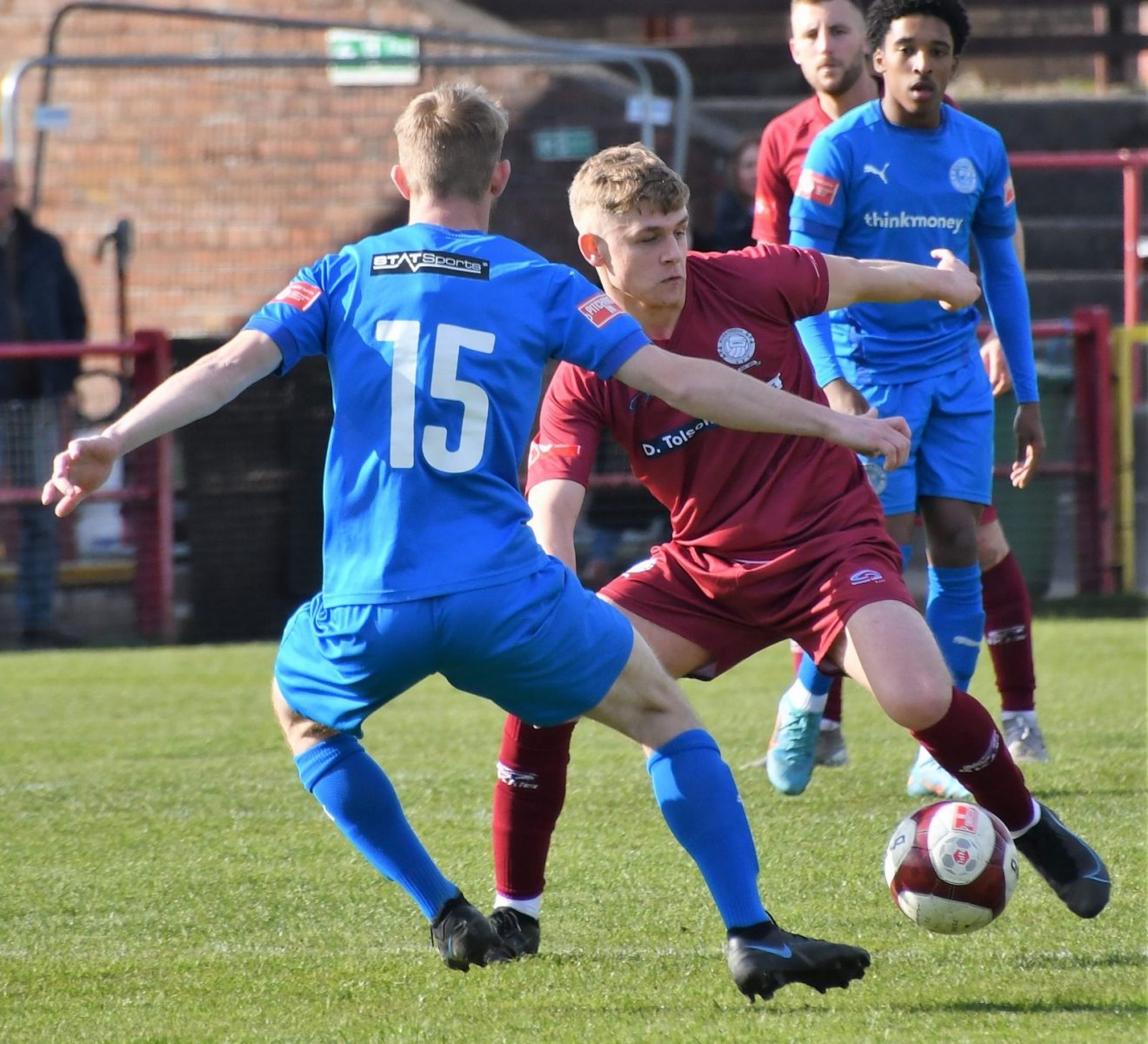 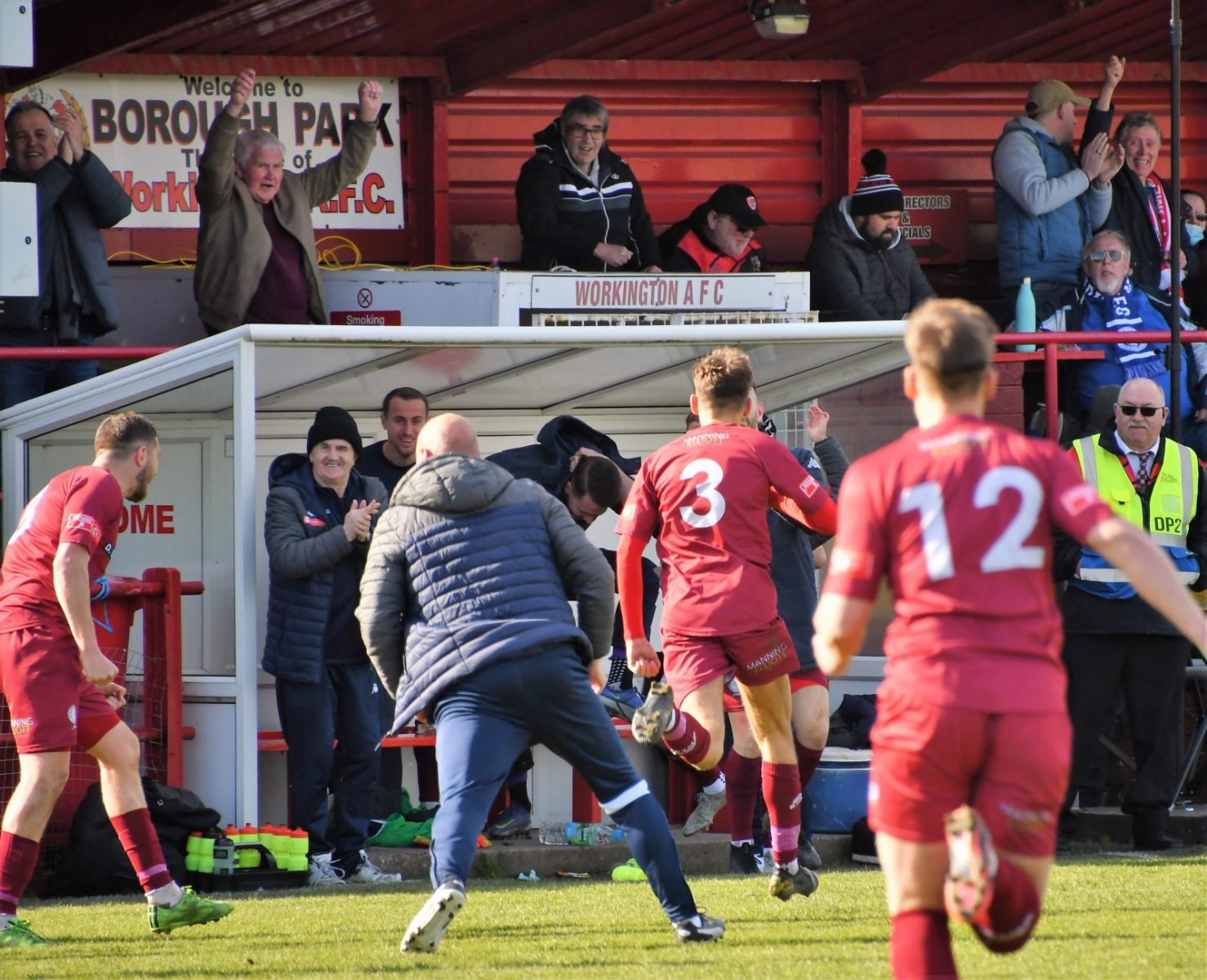 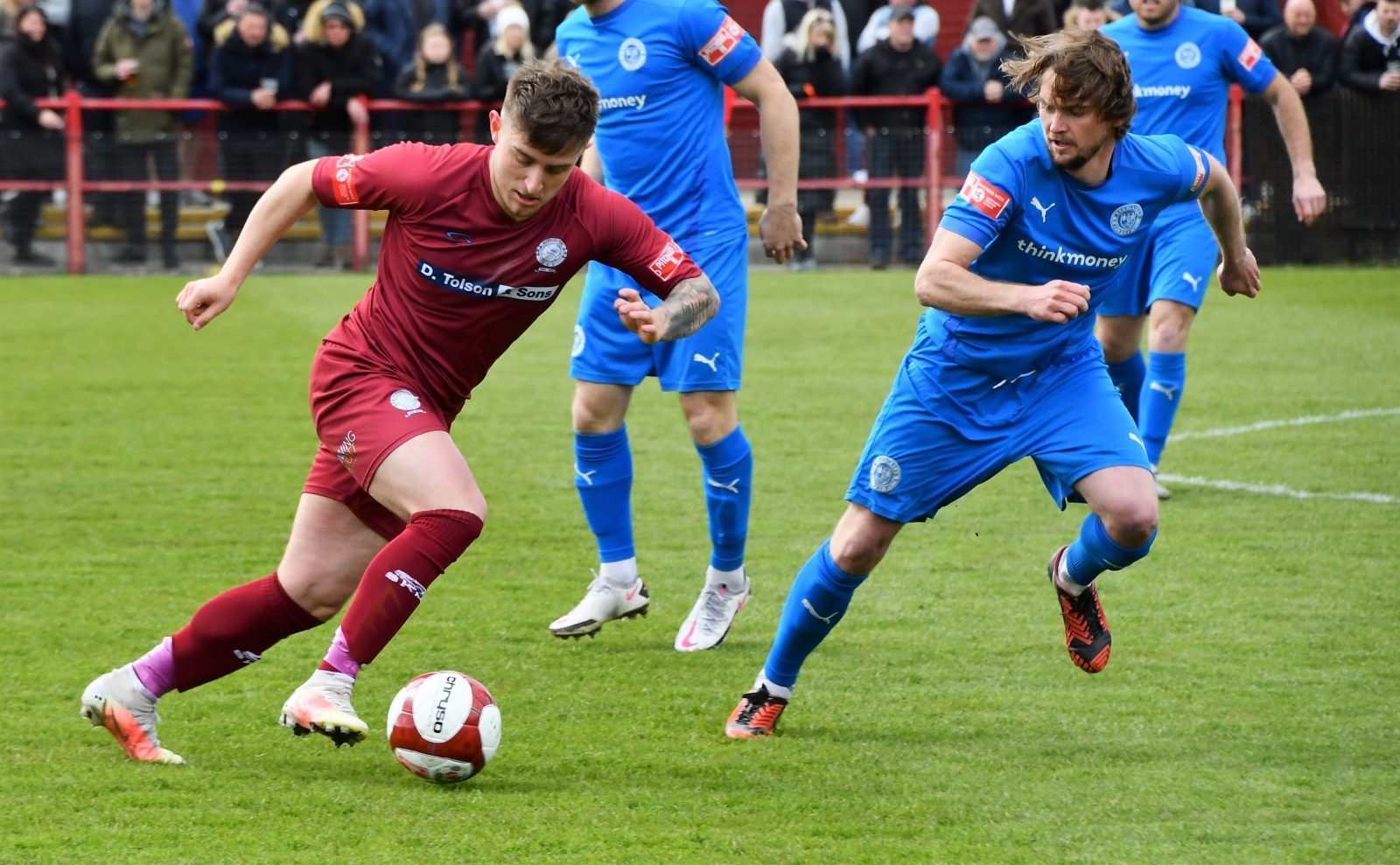 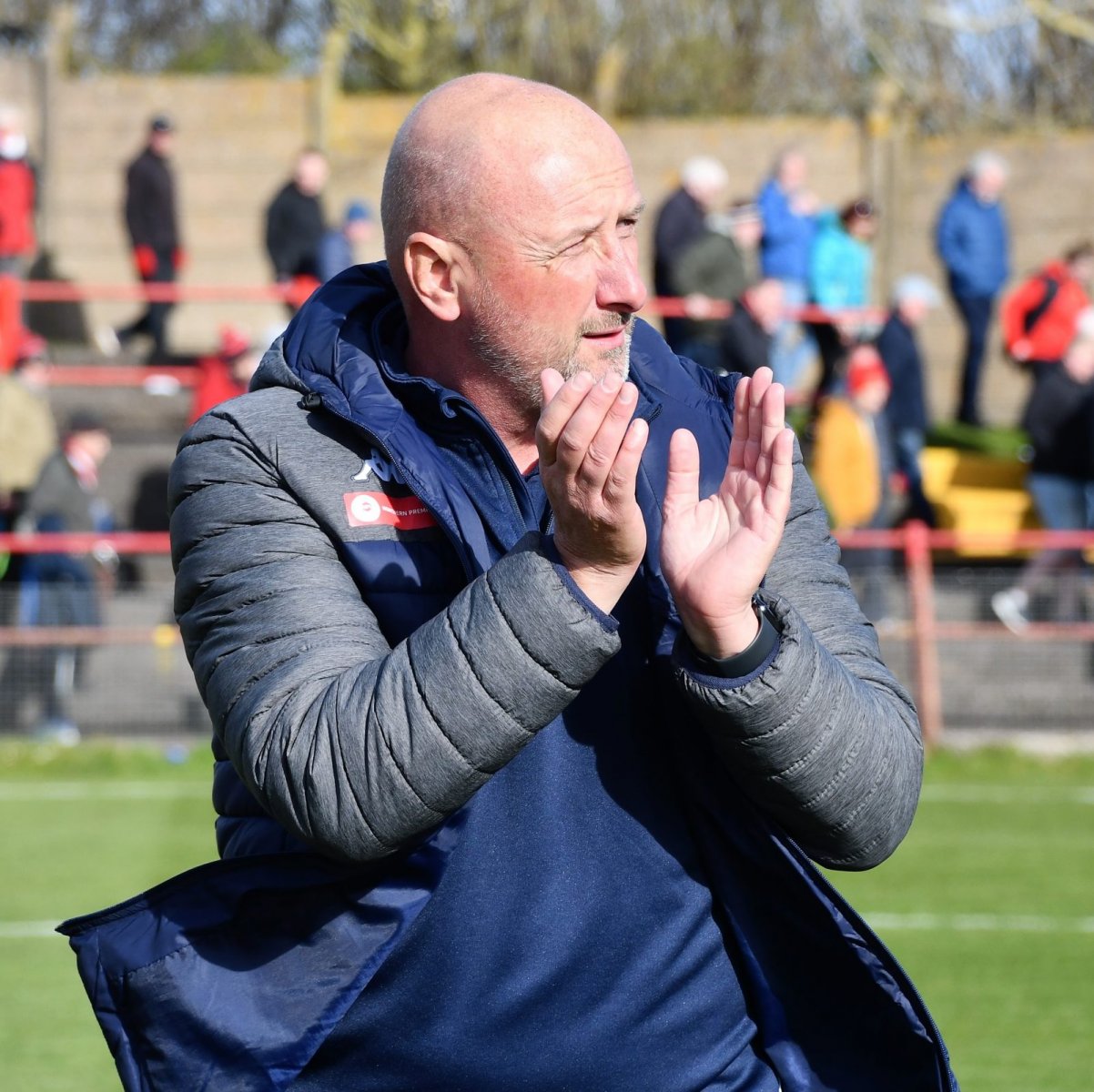