When David Symington thundered home a 47th minute penalty, we all thought Reds would go on to score a couple of more goals and emerge comfortable winners against a struggling Prescot Cables outfit.

Well, it didn’t work out like that and although the main objective was achieved, the opportunity to boost our goal ratio was wasted.

Reds were awarded a second spot-kick but Mitchell Allen saved from Symington and five hundred supporters left for home chilled to the bone and somewhat frustrated.

How can that be?  Second in the table, eleven wins to our credit already and possessing one of the best defensive records in the division, we are obviously doing something right.

But the possession percentages, the corner count (10-2 on this occasion), the chances created and a general domination of the ninety minutes, suggests we should be winning more emphatically.

Admittedly, we started without the services of three potential ‘twenty-goal-a-season’ strikers but, at present, the team seems better suited playing away rather than trying to take the game to the opposition on home soil.

We lacked the guile to breakdown a packed Cables defence and their game plan worked to a degree.

Indeed, we had to survive a scare when it looked as though Prescot had opened the scoring.  Lewis Buckley deflected Leon Johnson’s left wing cross into the net but his ‘hand of God goal’ was rightly disallowed by an alert referee and the striker picked up a yellow card for trying to bend the rules.

Other than that, Cables rarely troubled Reds’ solid defence but, by the same token, the home side couldn’t find a way through either.

Brad Hubbold did get one effort on target which Allen gathered after an exaggerated dive to his left but Reds’ other opportunities were squandered.

During the interval, former manager, Tommy Cassidy, was accompanied on to the pitch and given a standing ovation by the Workington supporters in appreciation of his six years at the club.  It was a moving, albeit terribly sad, sight for a hero recently diagnosed with the onset of Alzeimer’s Disease.

Two minutes after the restart, the Workington supporters were on their feet again after the referee awarded the hosts a penalty.  Kyle Harrison set off on a positive run into enemy territory and two Cables defenders halted his progress inside the area.

Symington made it clear he was taking the penalty and ‘keeper Allen did well to get out of the way of a ferocious shot.

Would that be the signal for a few more goals from Workington?  Sadly not.

A second penalty was awarded after seventy two minutes, this time after Connor Gaul was upended by the goalkeeper, Allen.  His actions went unpunished and he stood his ground when faced with Symington a second time, saving a poor penalty with his feet.

And Allen frustrated Reds again with a great reflex save to thwart Steven Rigg after Reds pieced together a rare flowing move.

Plucky Prescot may take some hope from this dogged performance whilst Reds will be fully aware that the next two Merseyside opponents will provide a far tougher challenge. 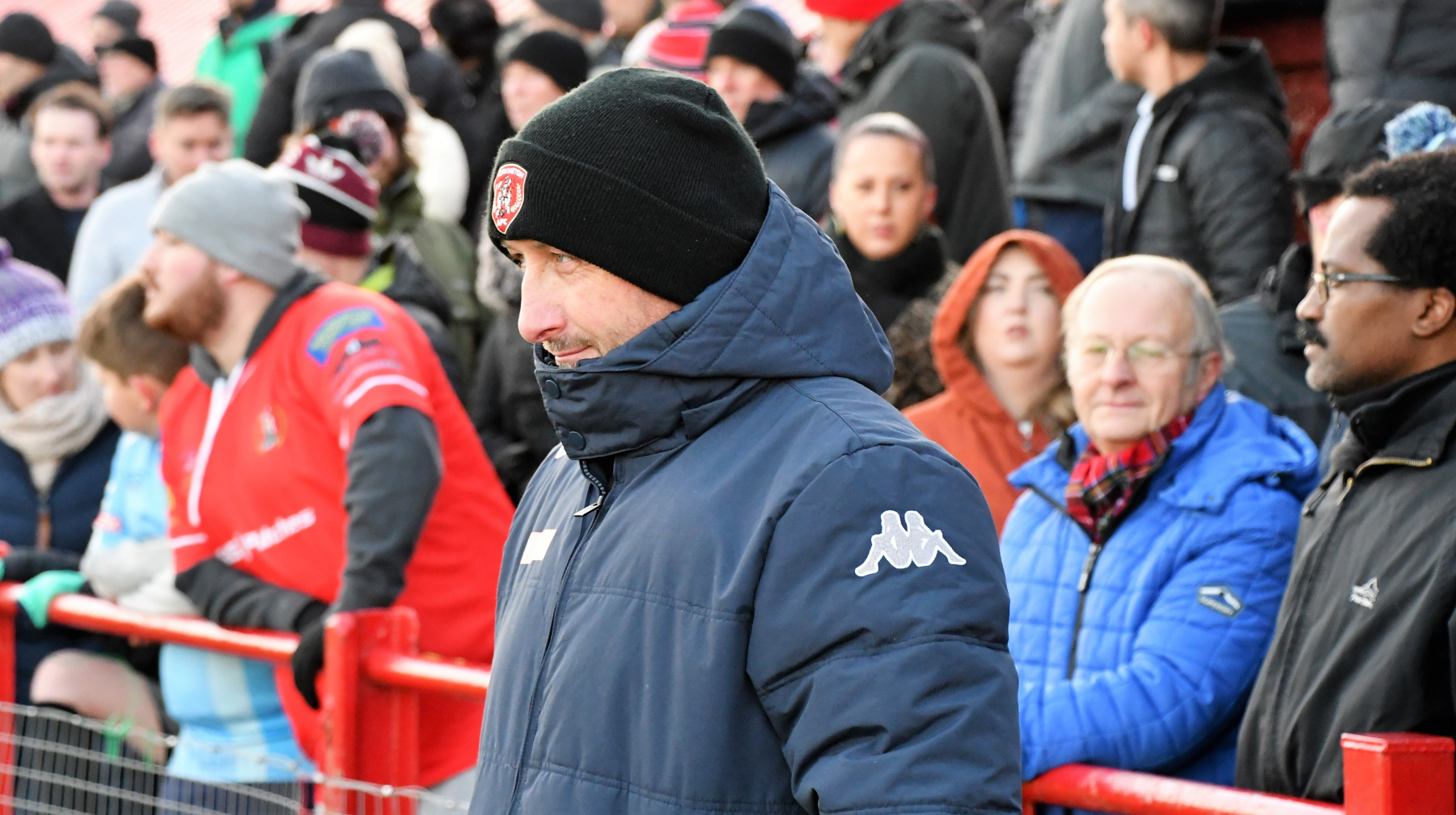 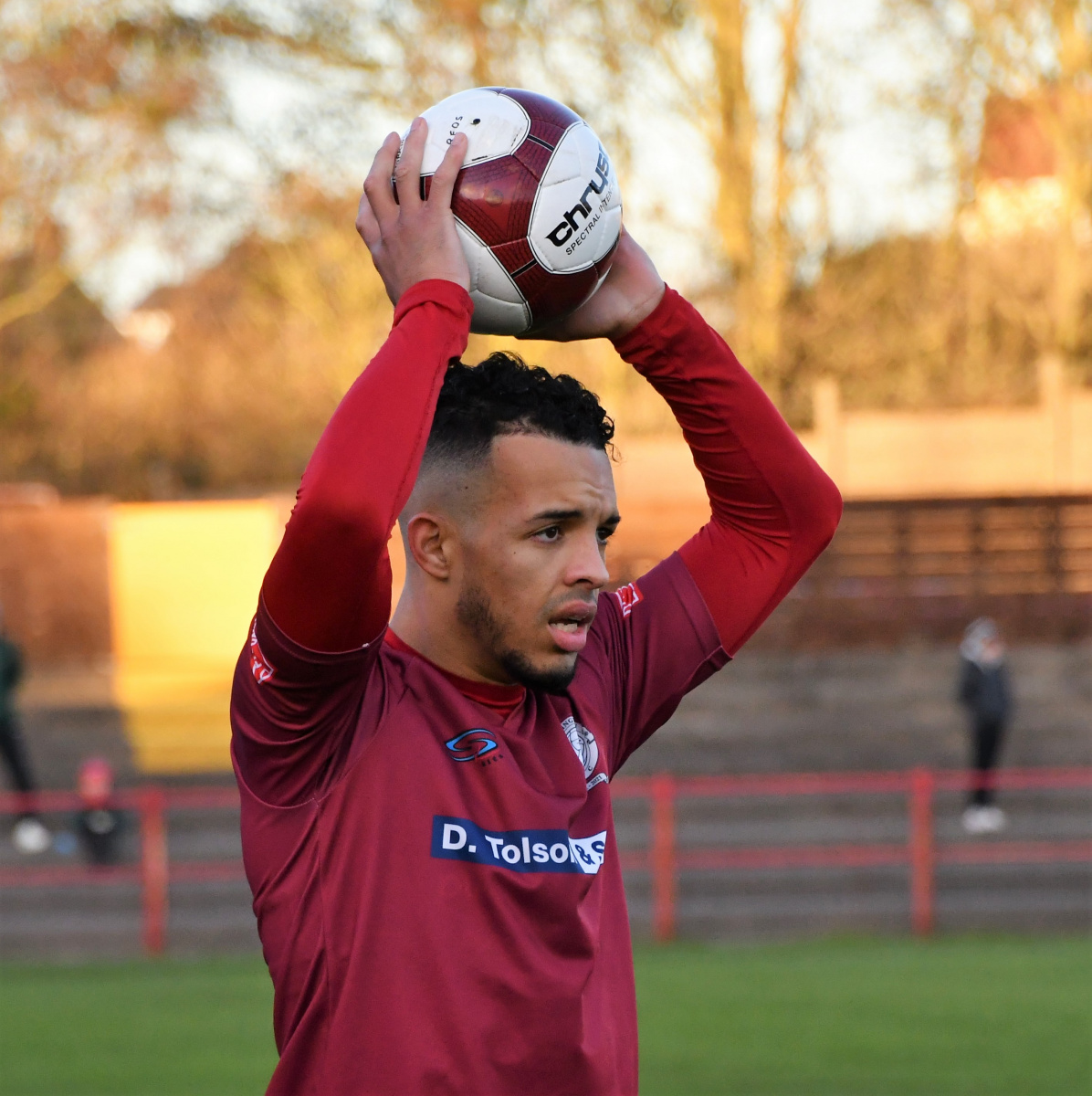 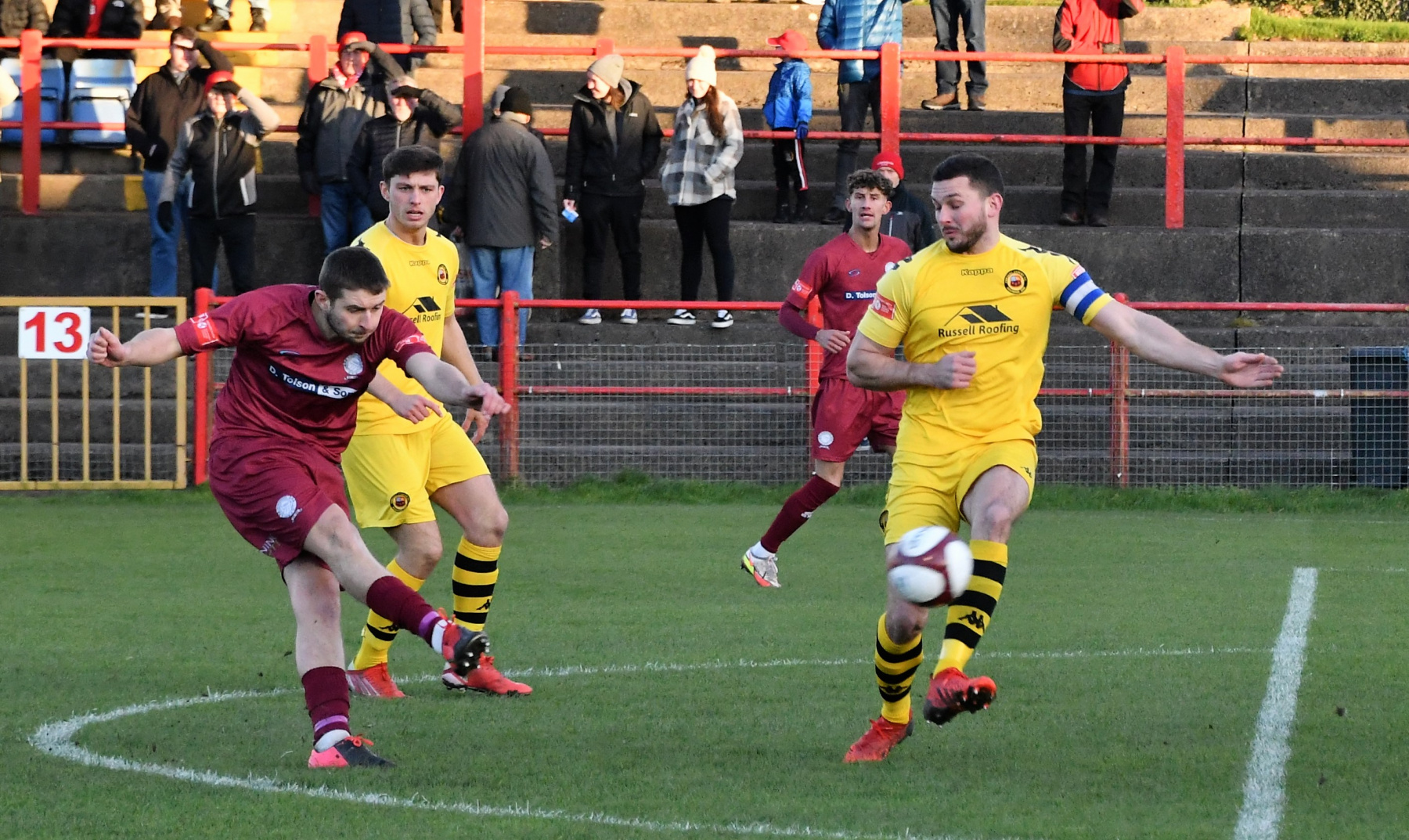 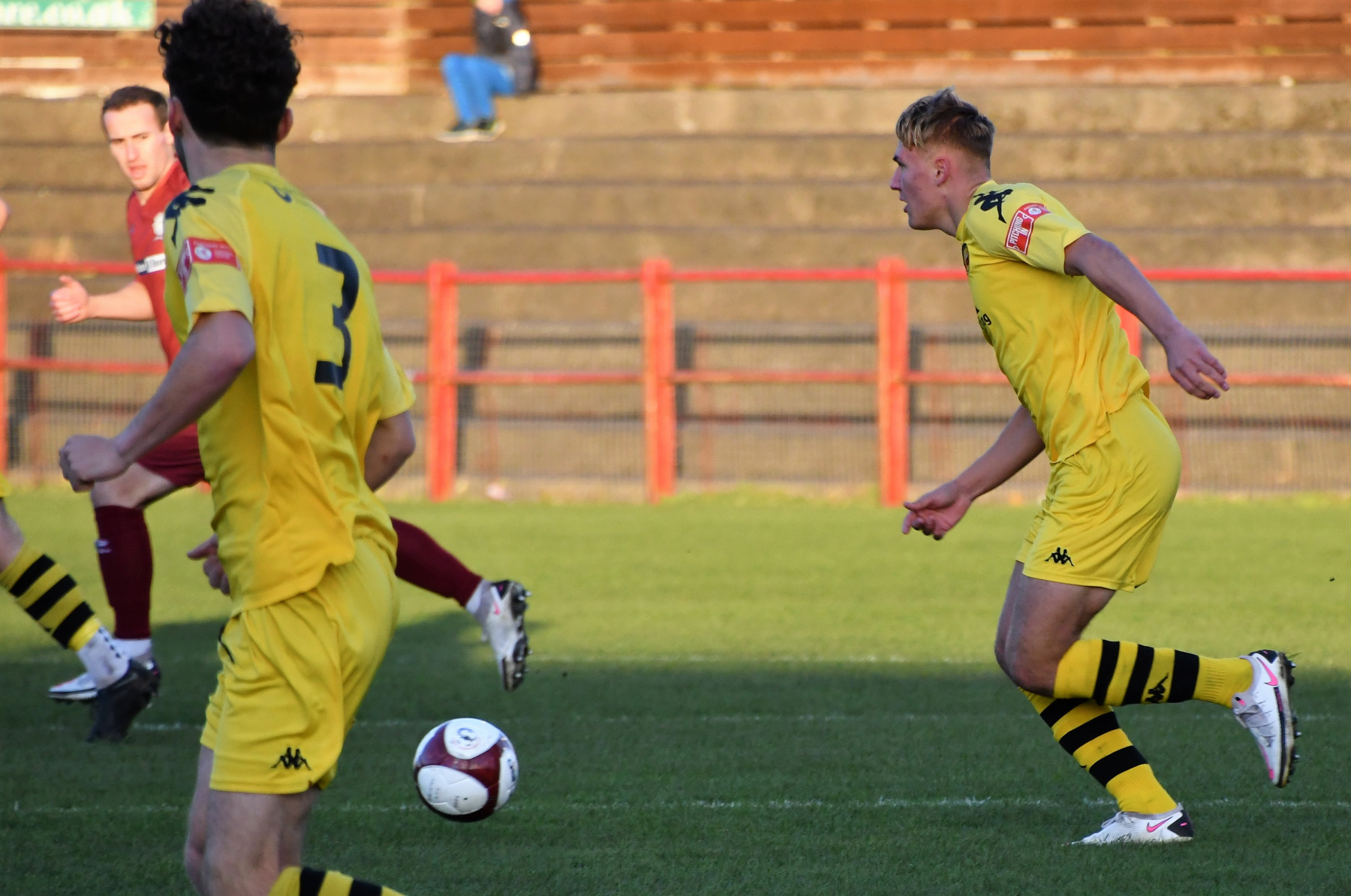 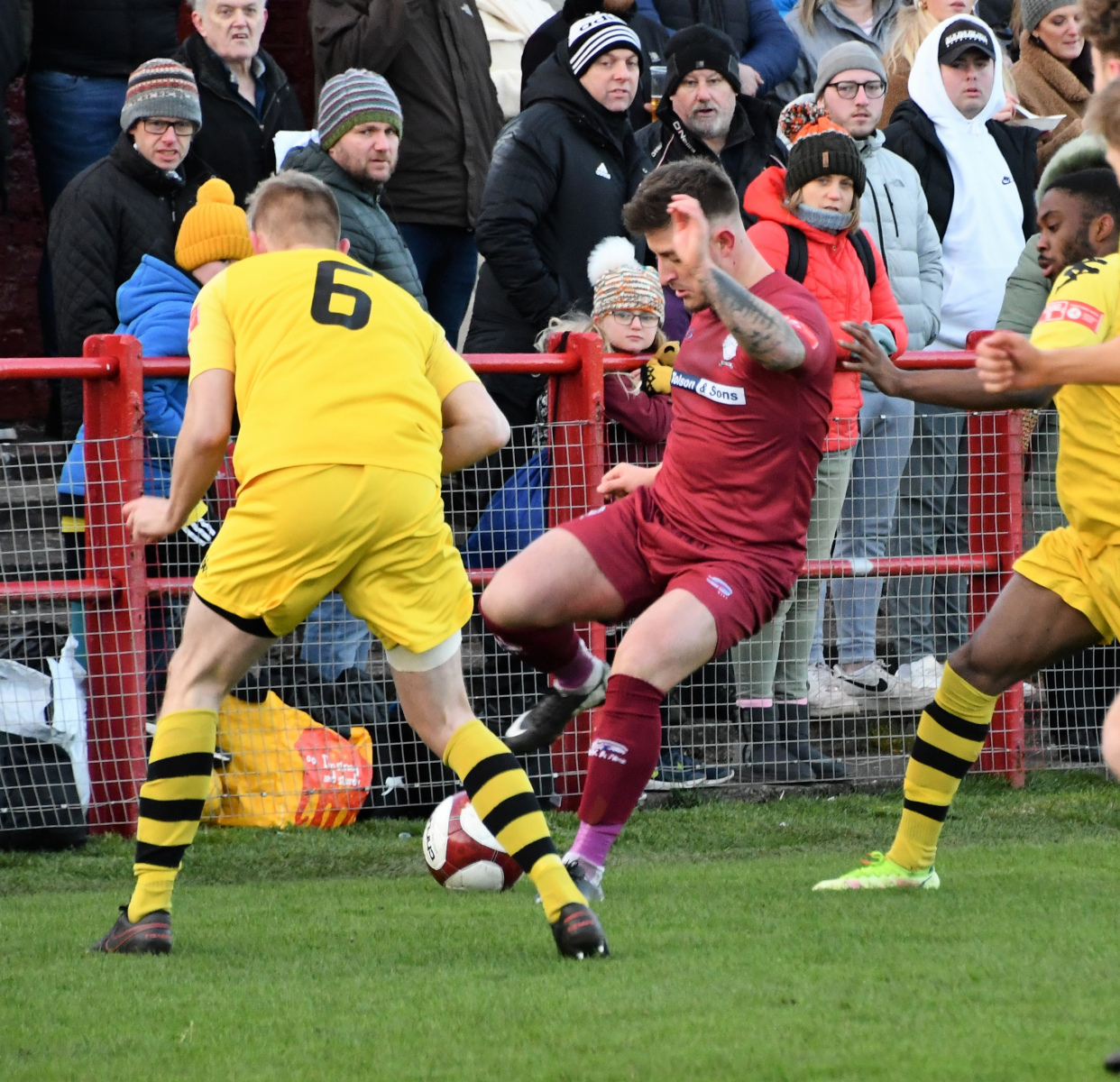 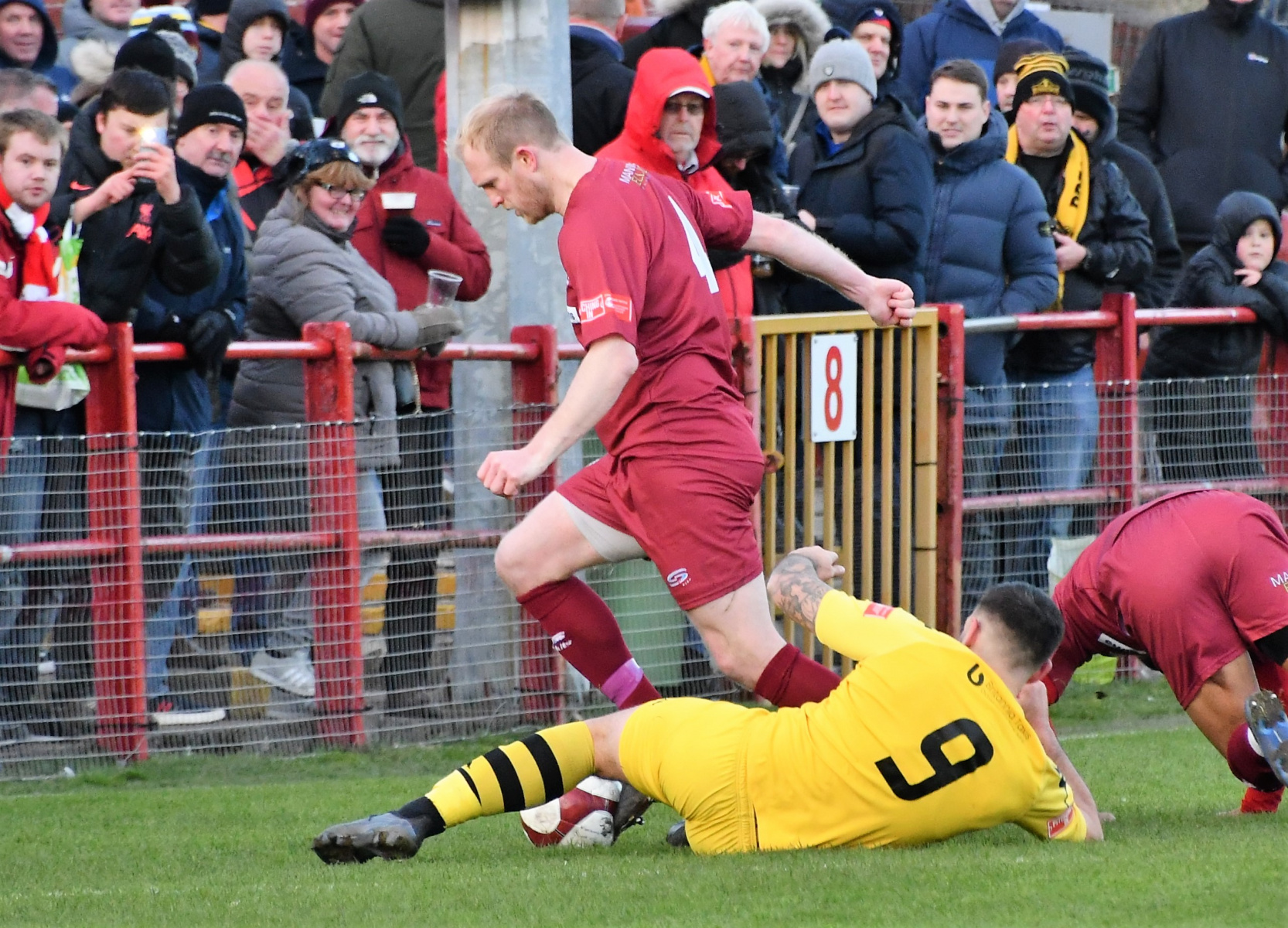 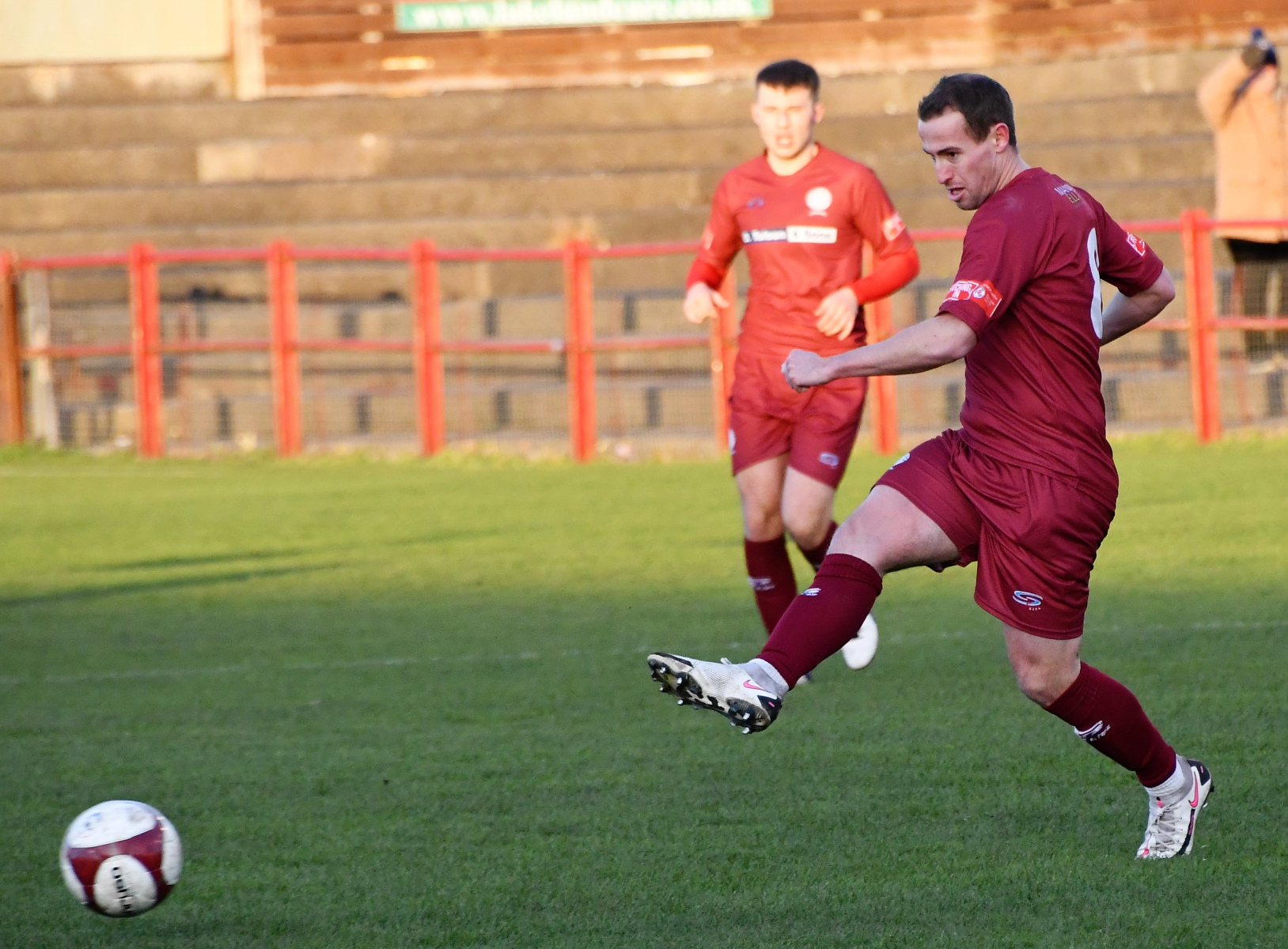 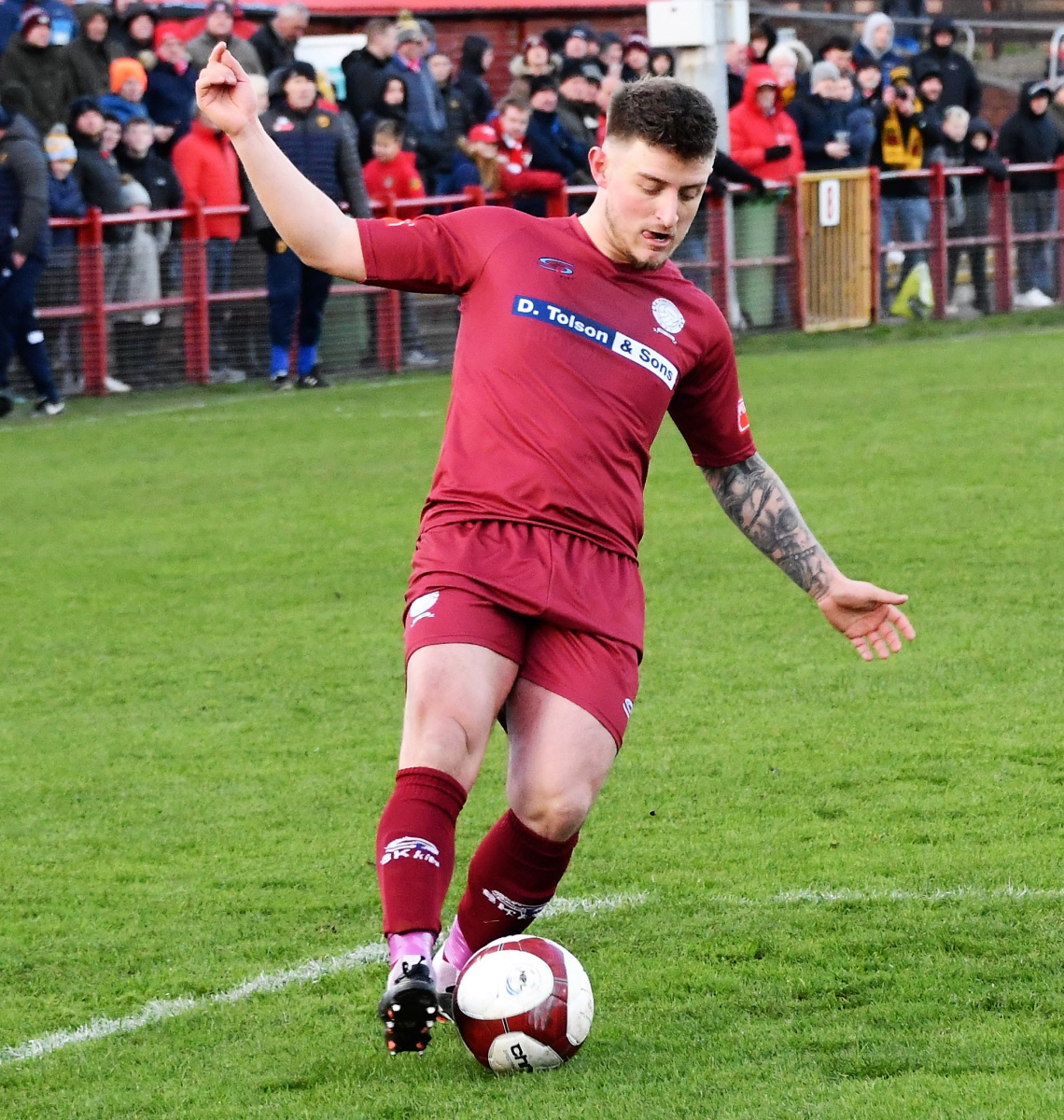 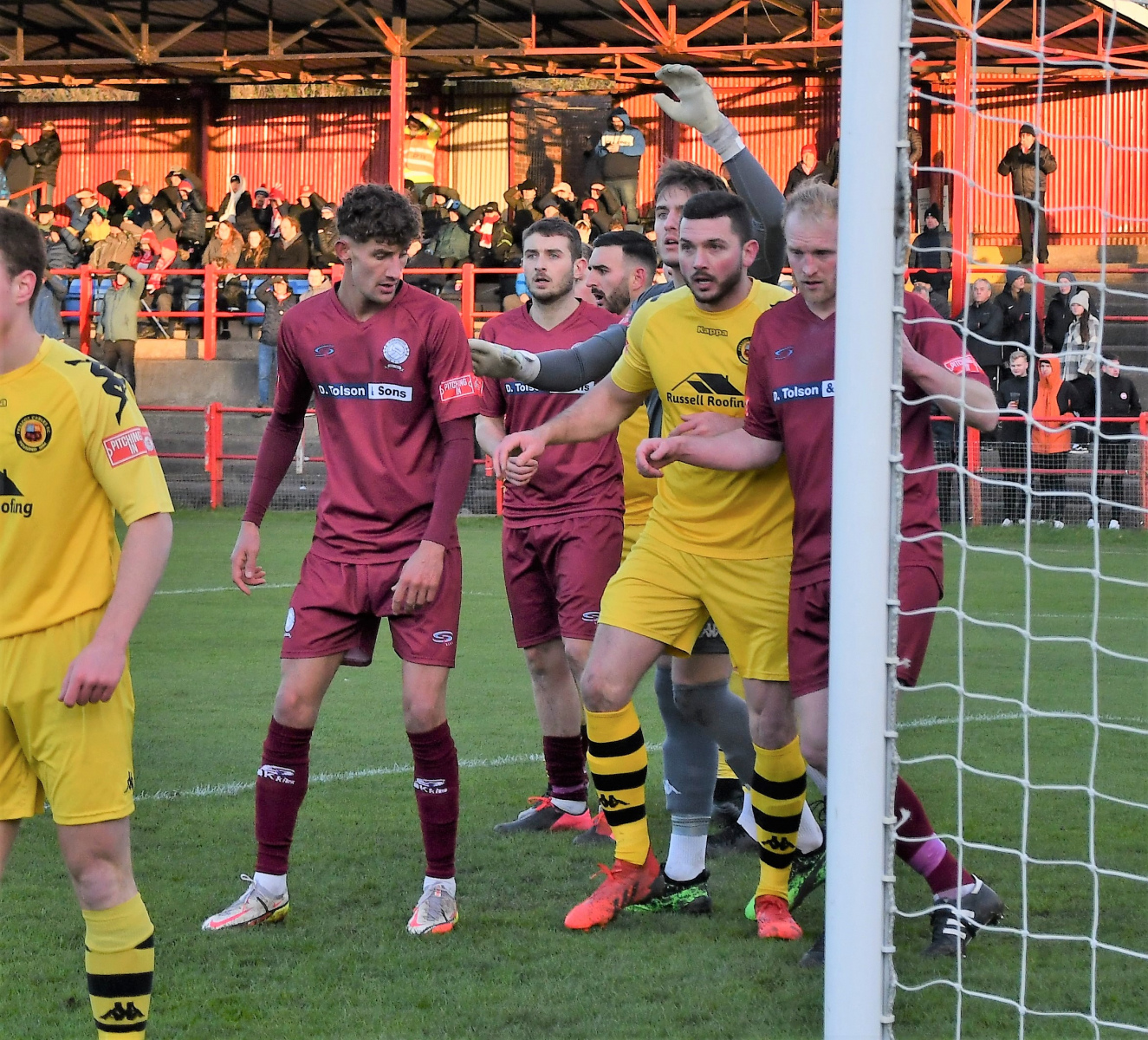 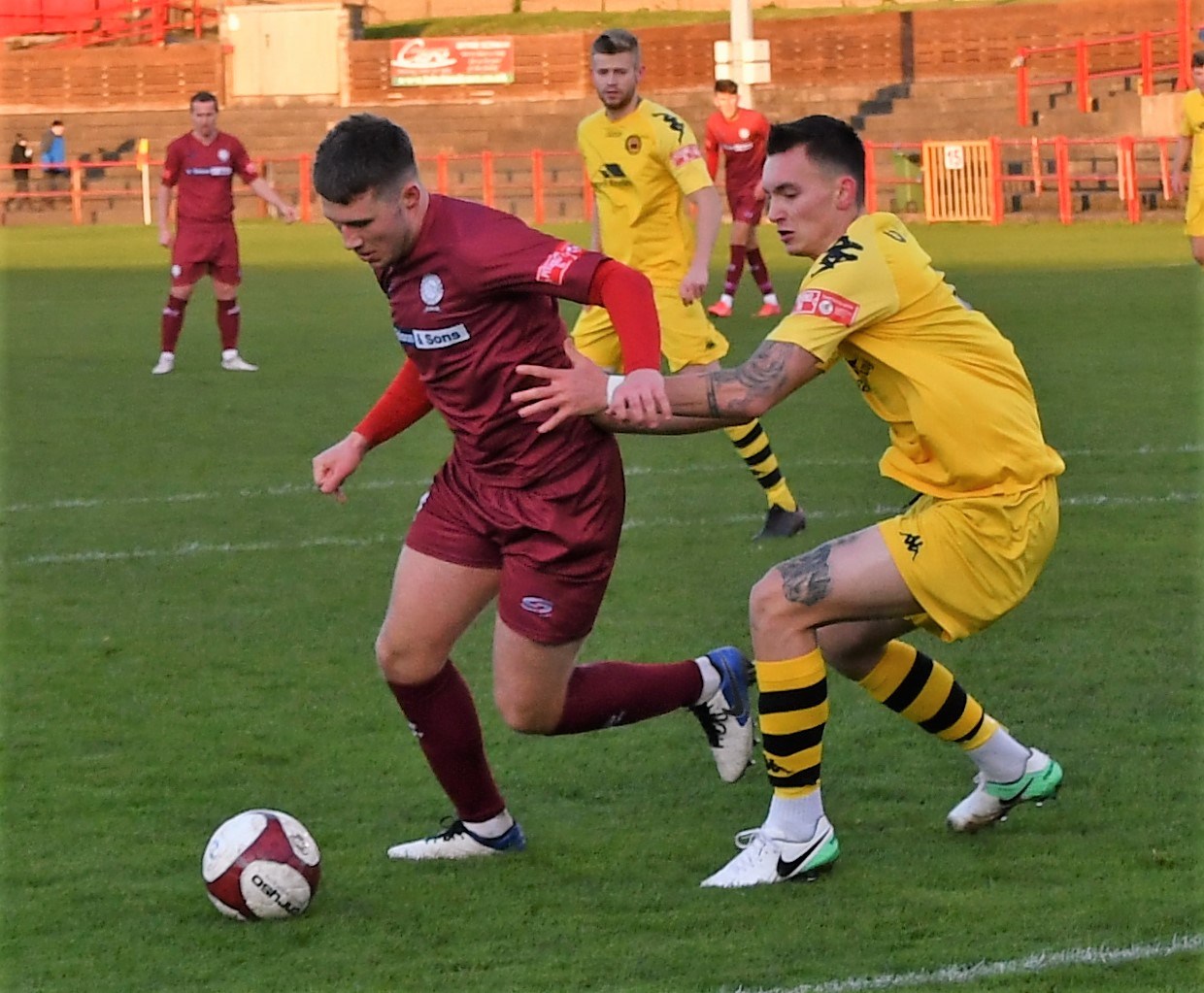 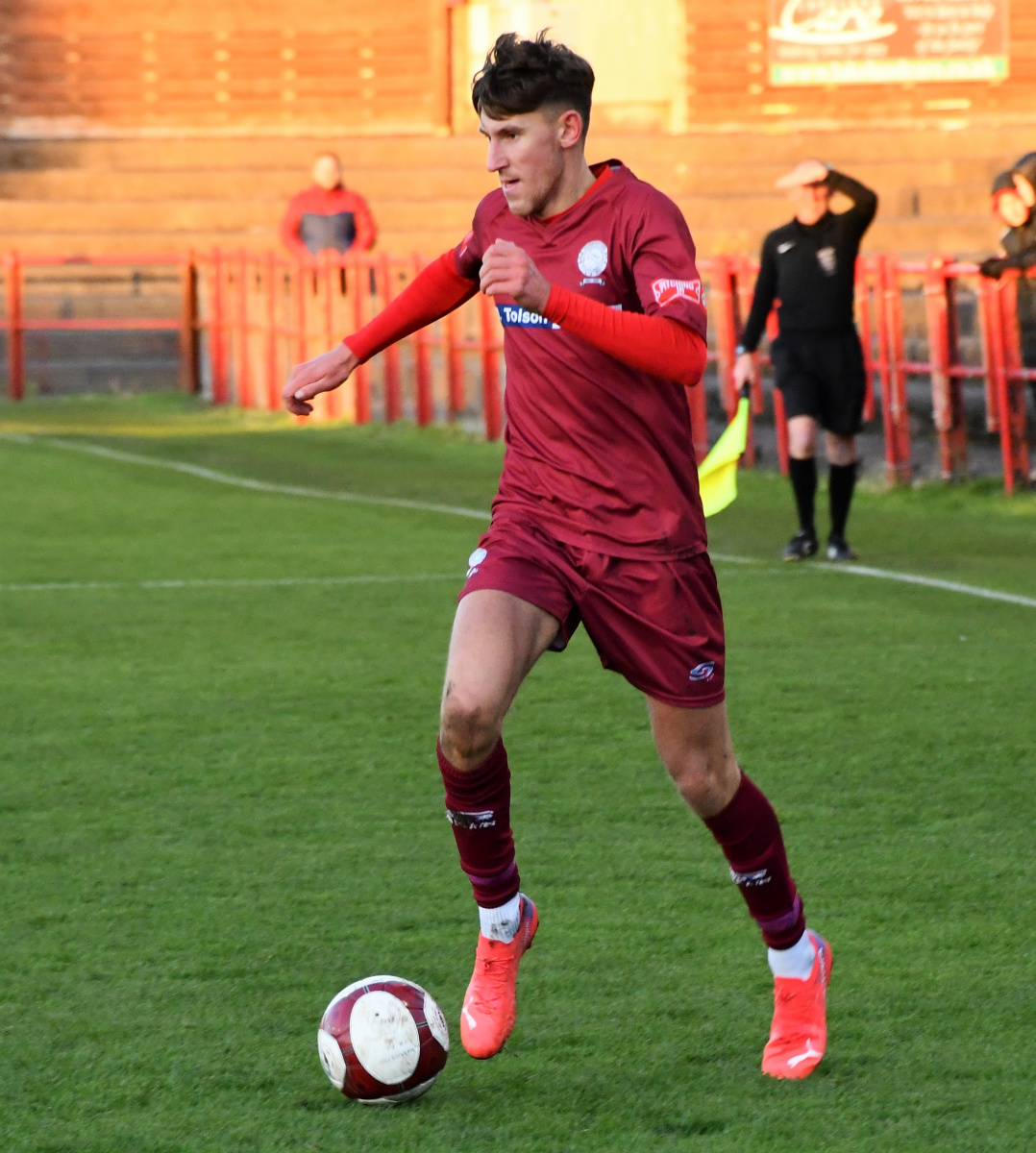 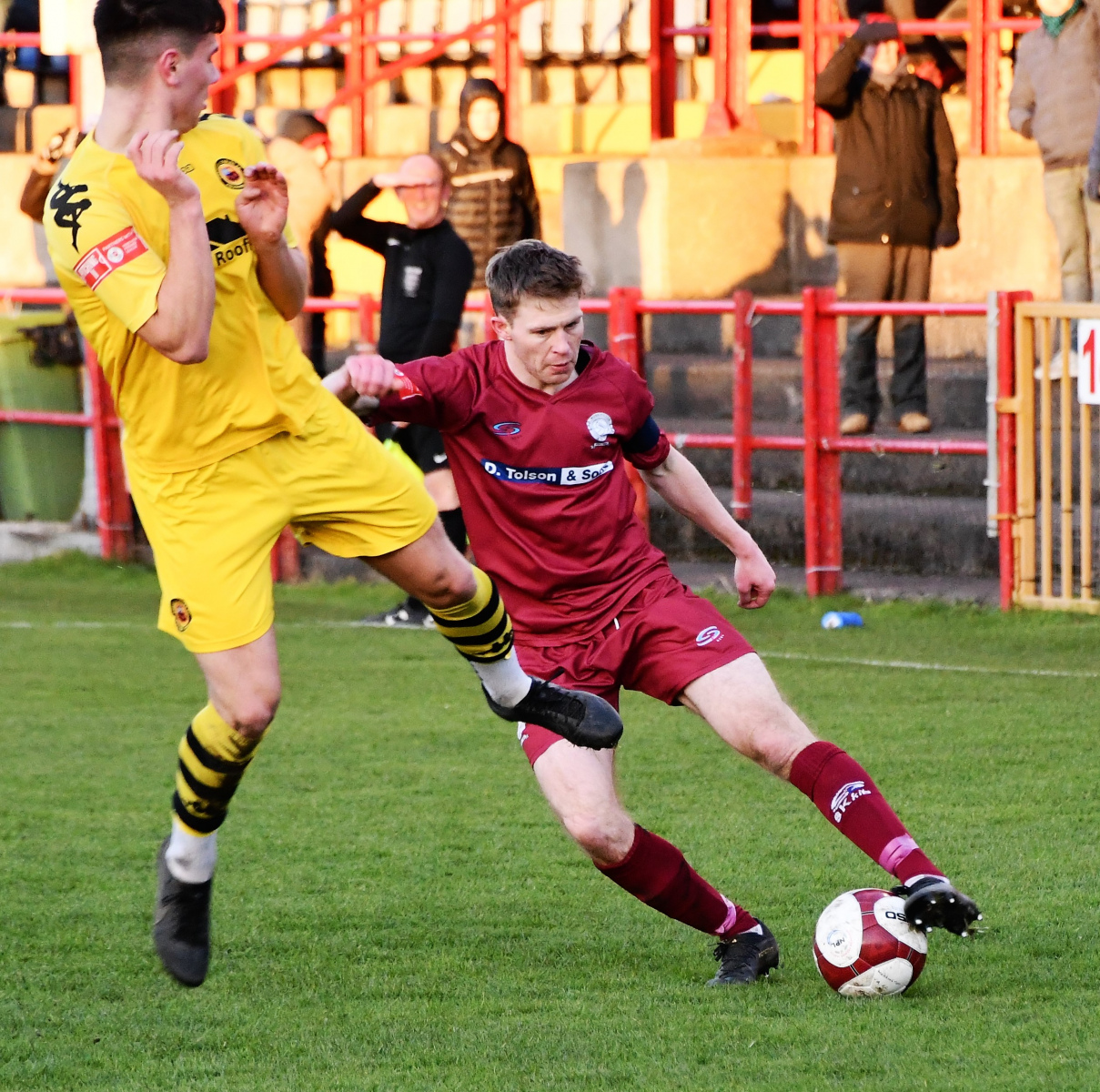 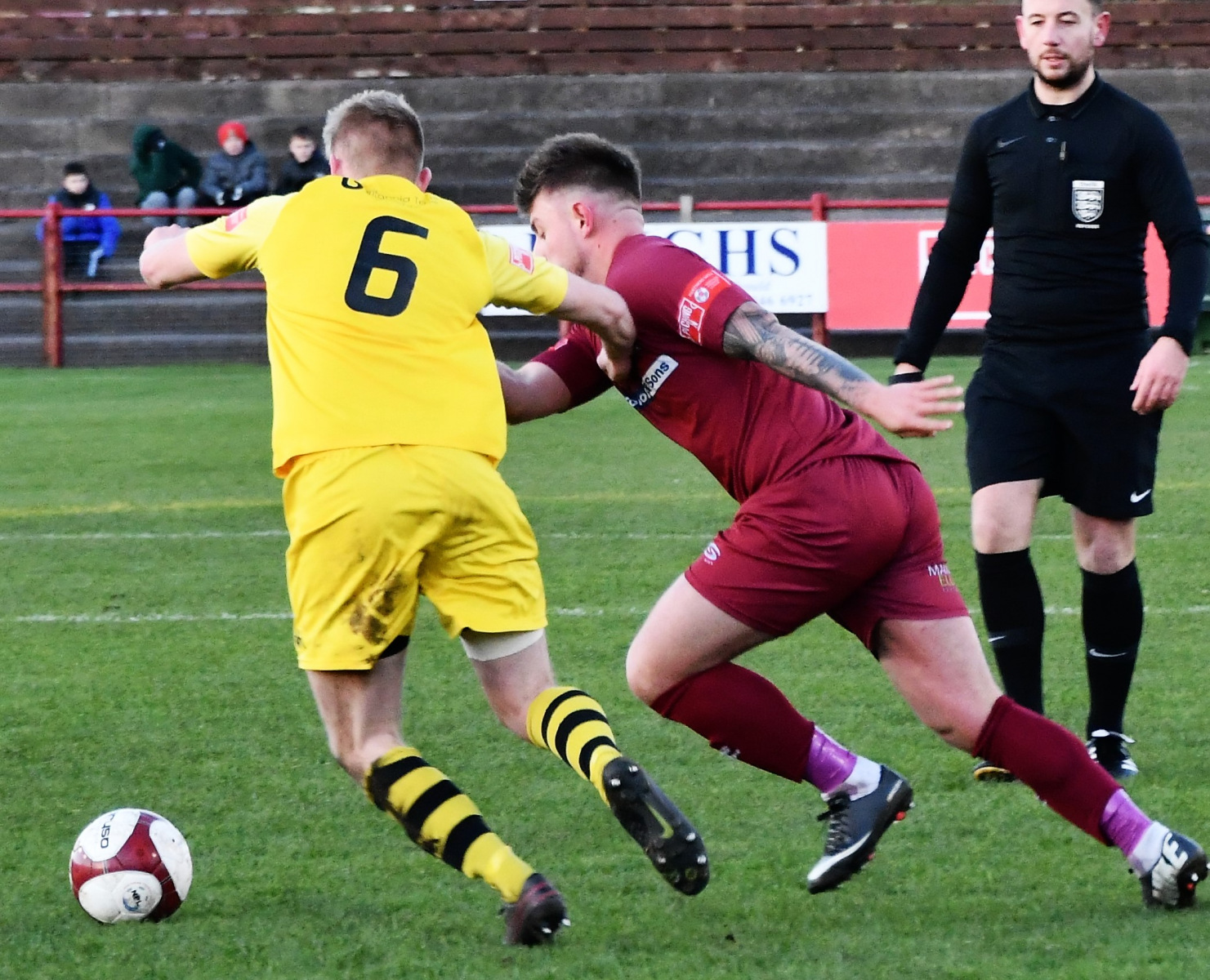 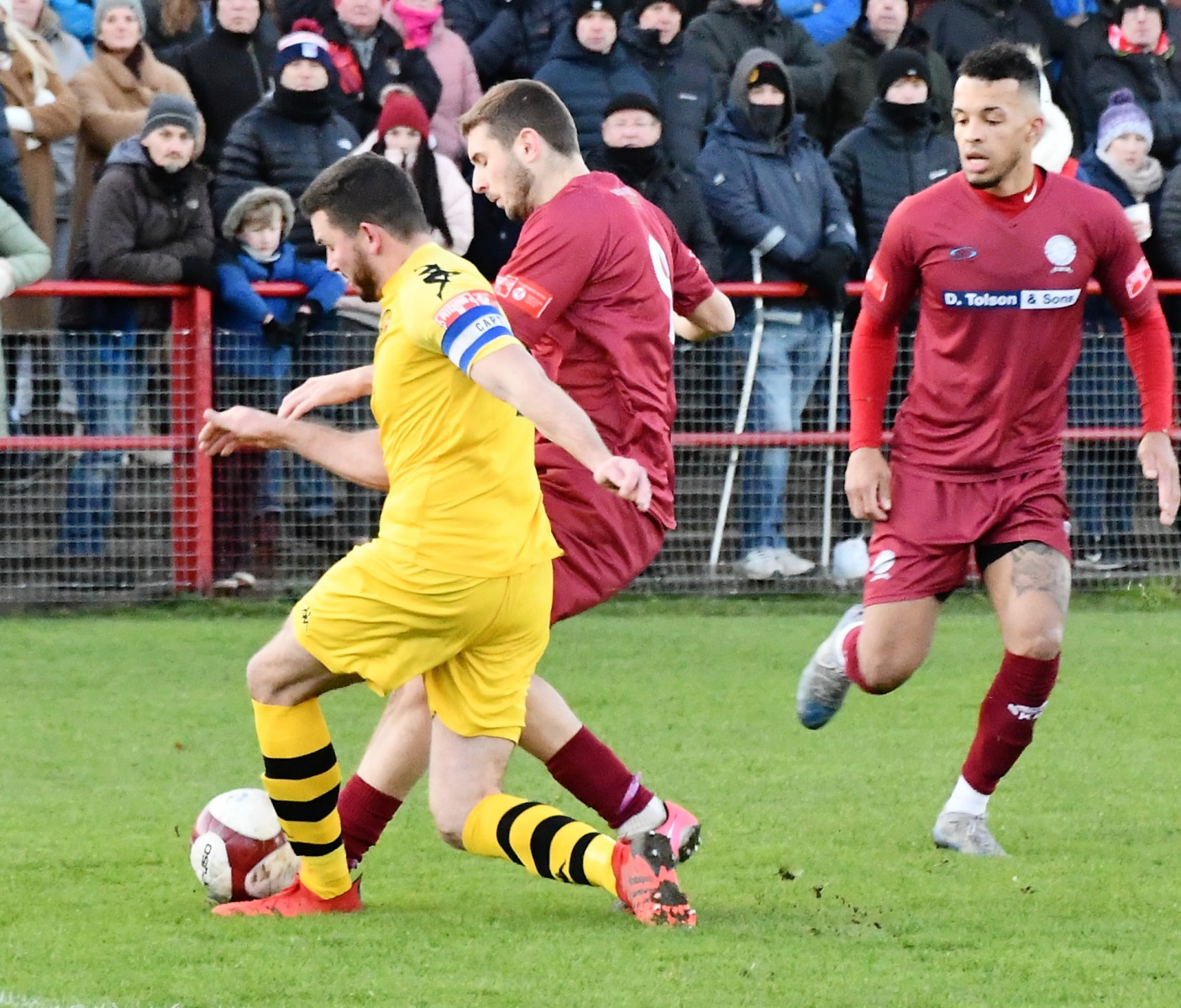 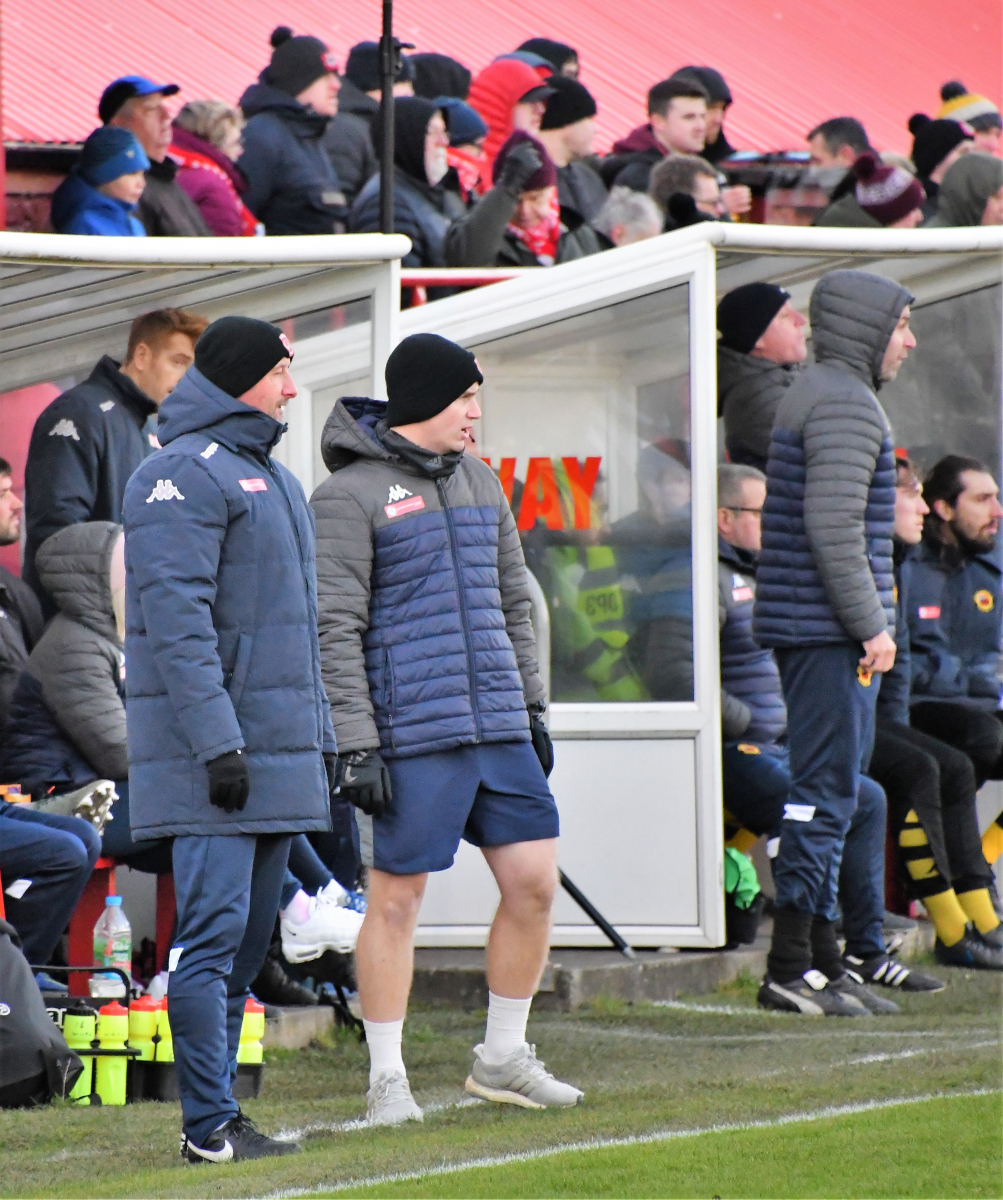 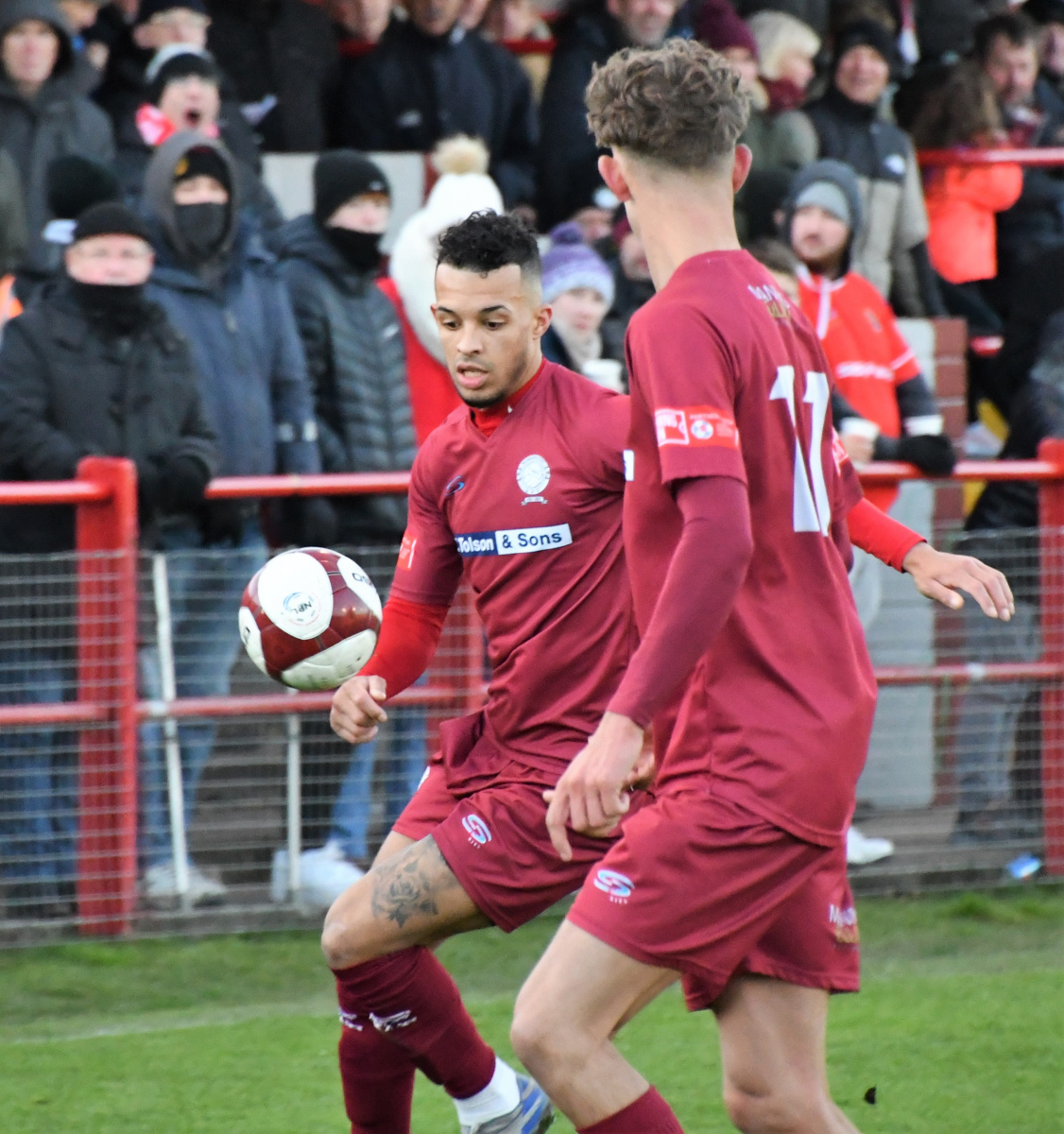 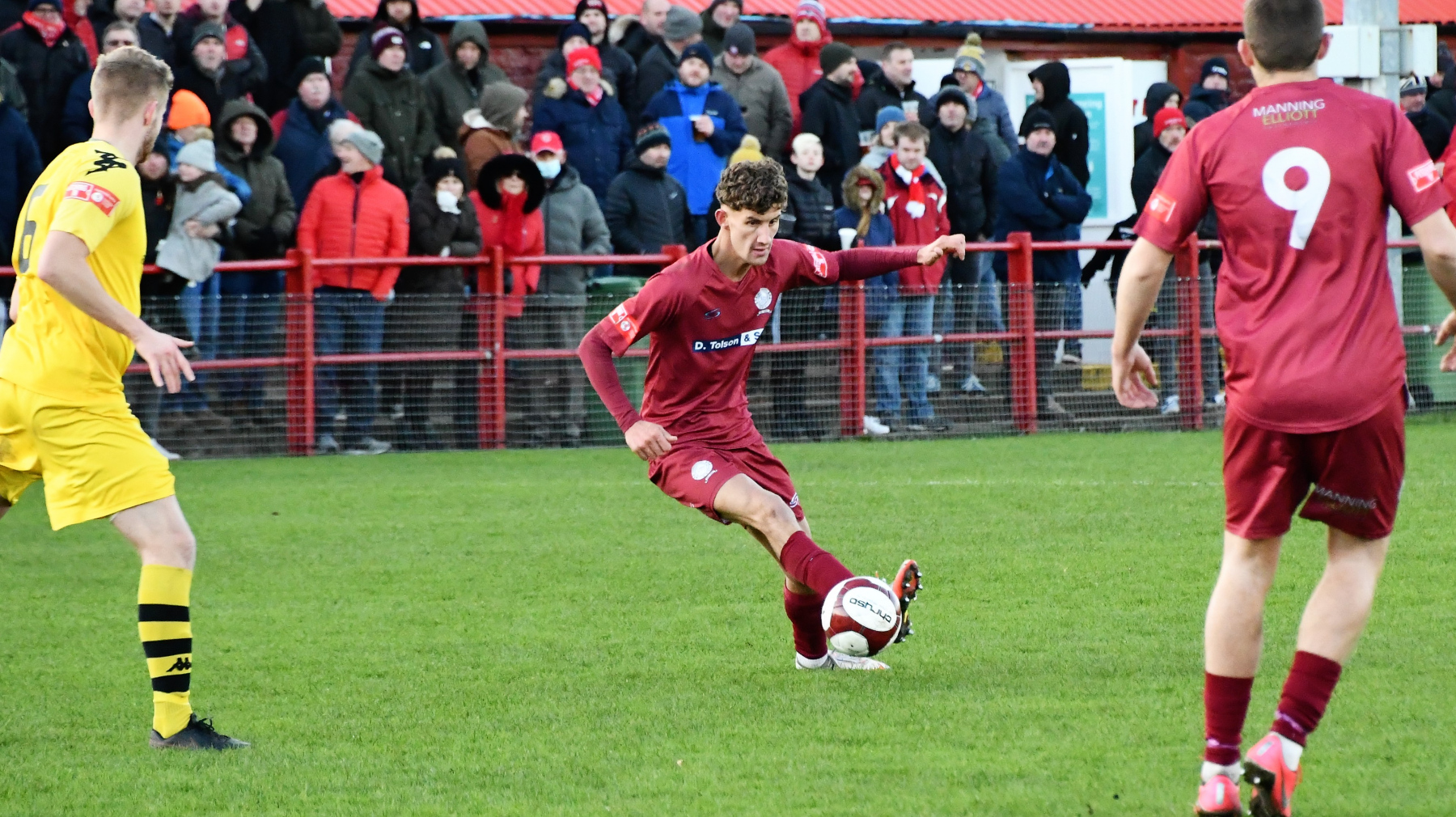 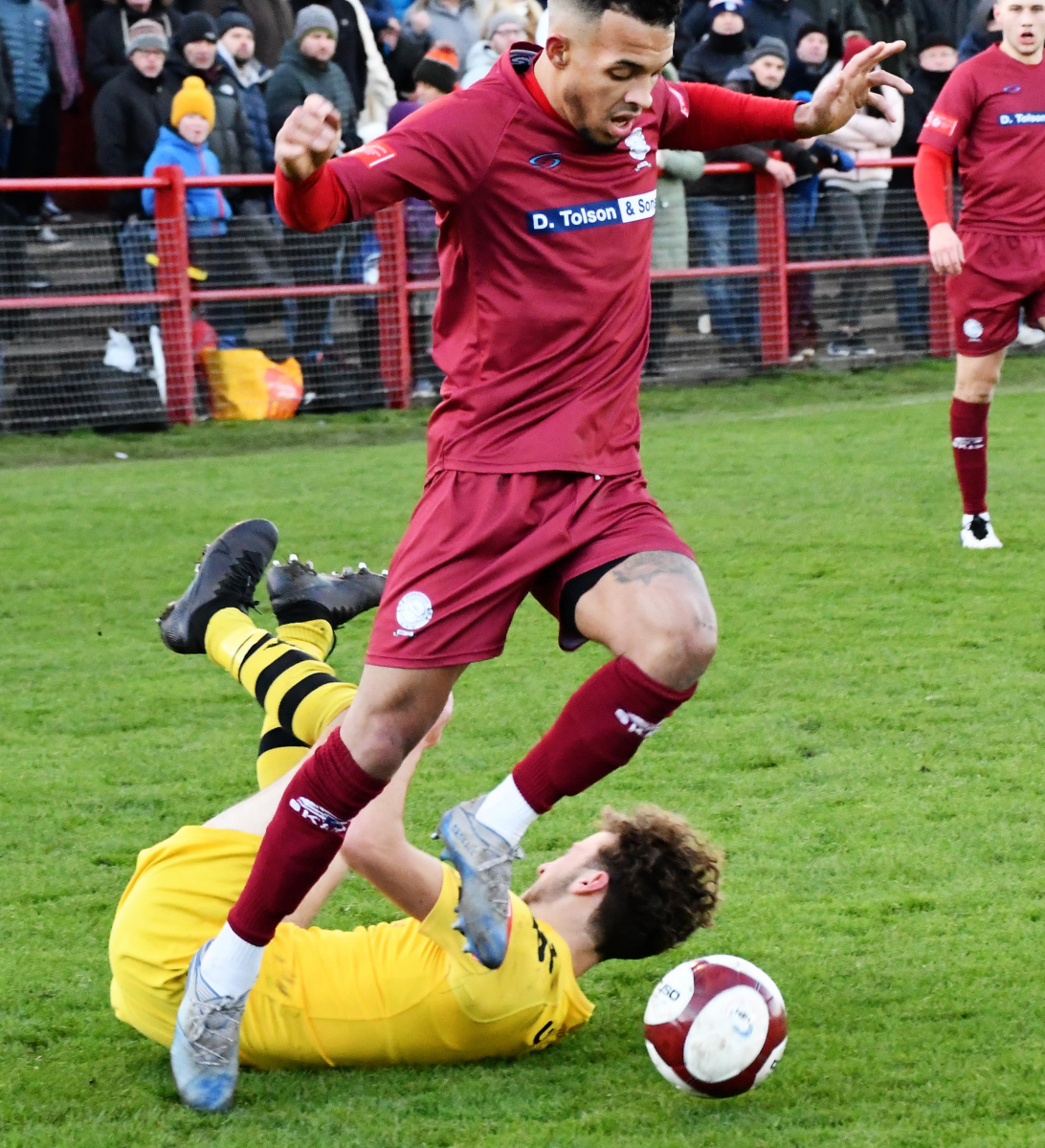 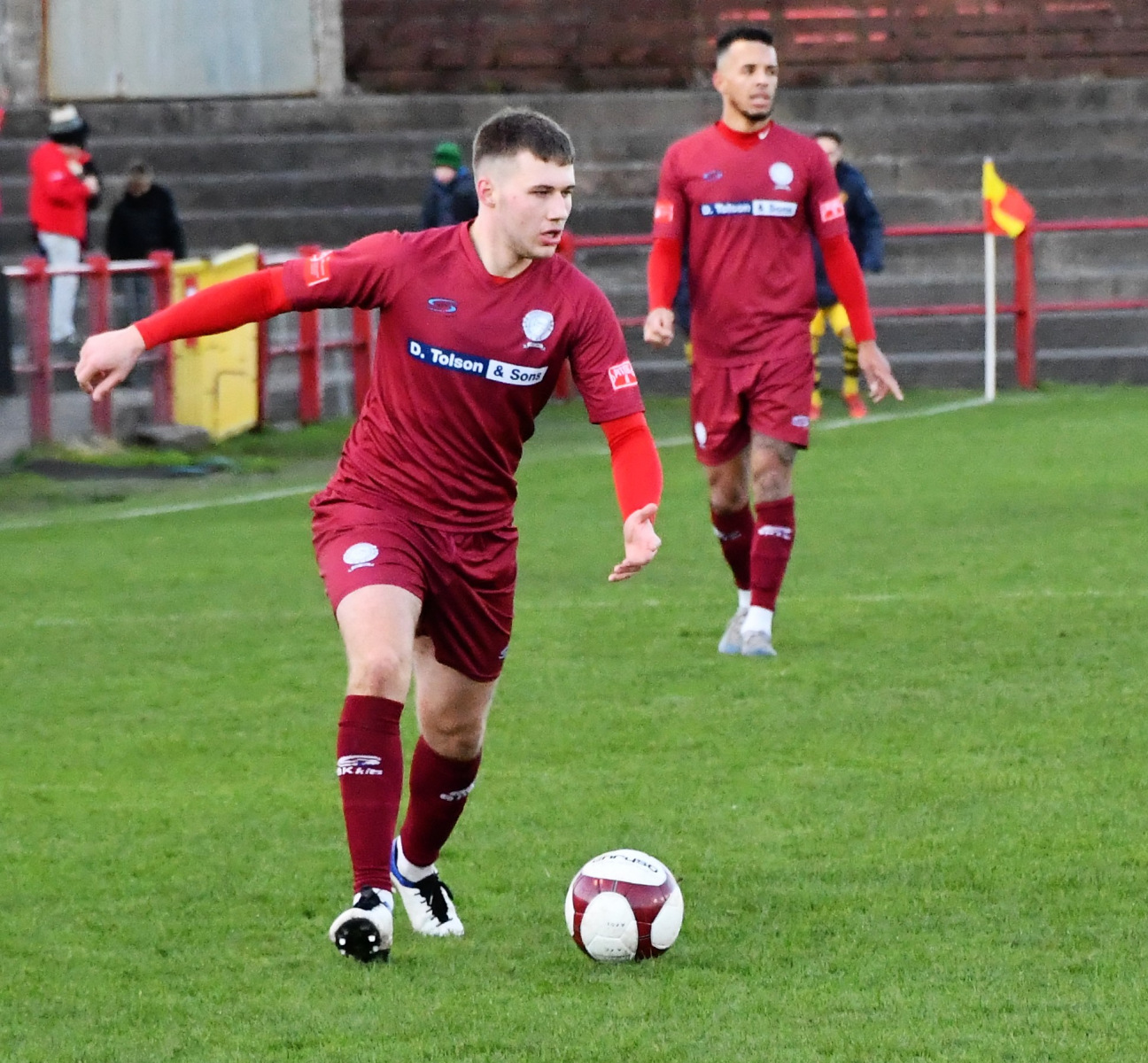 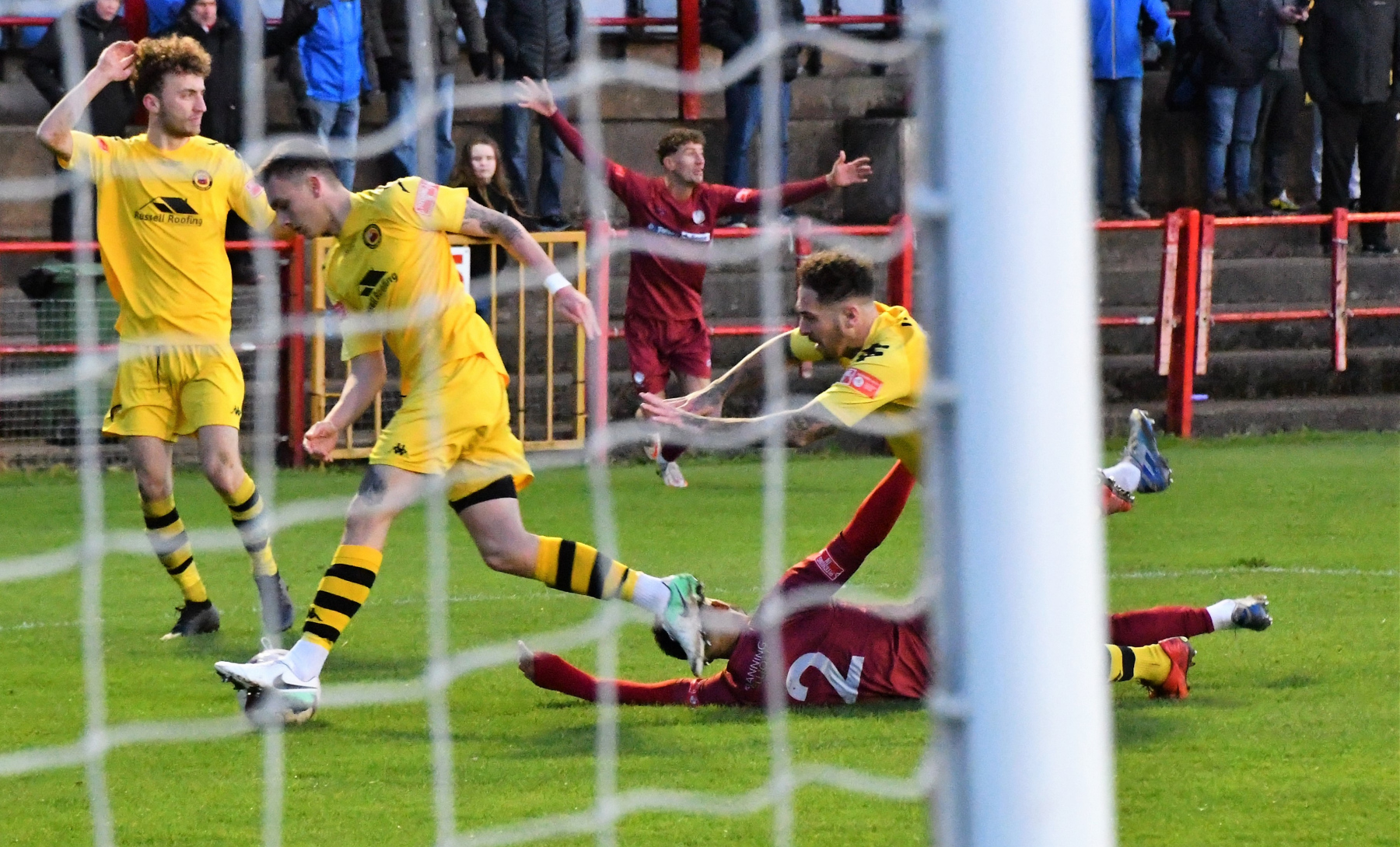 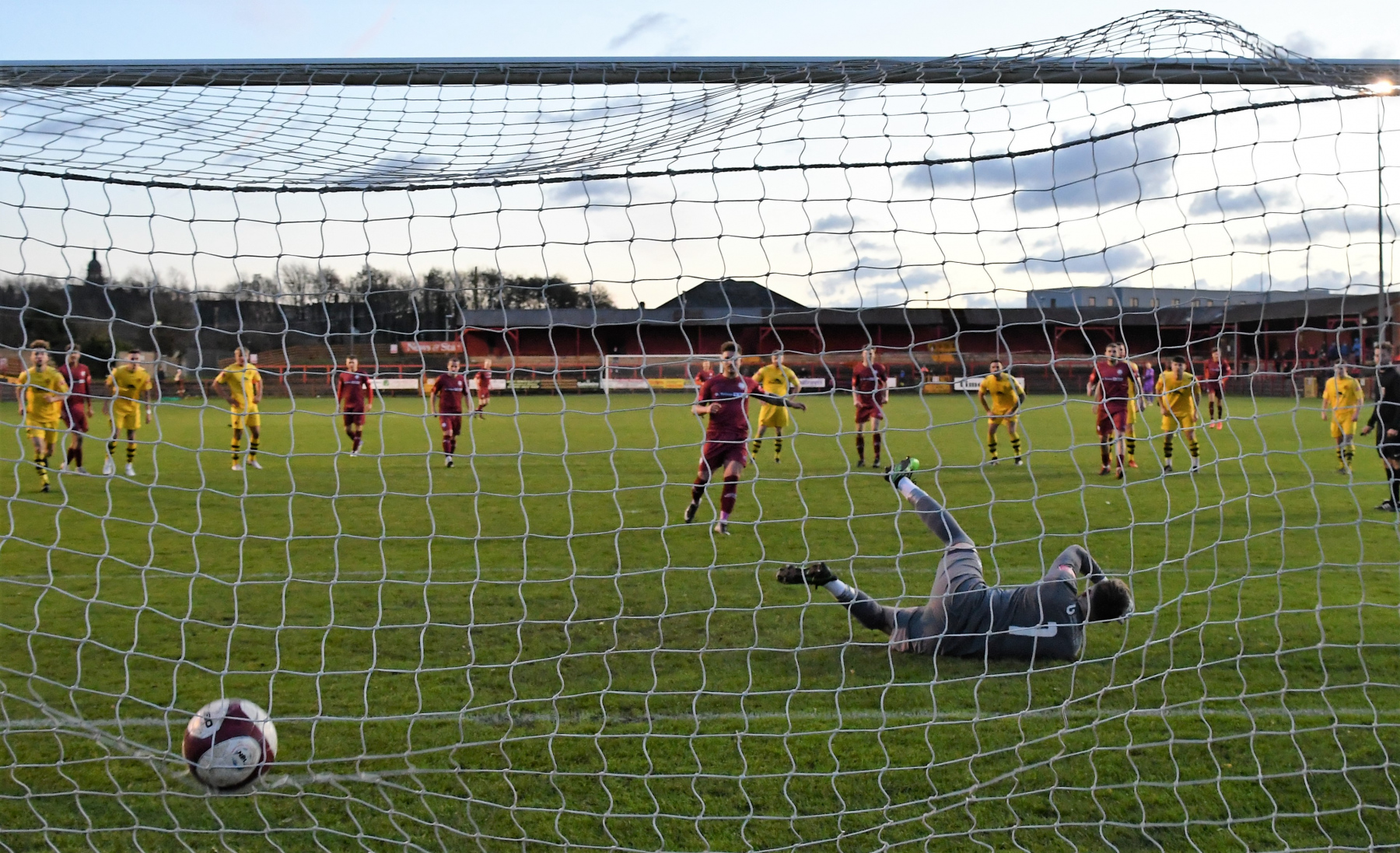 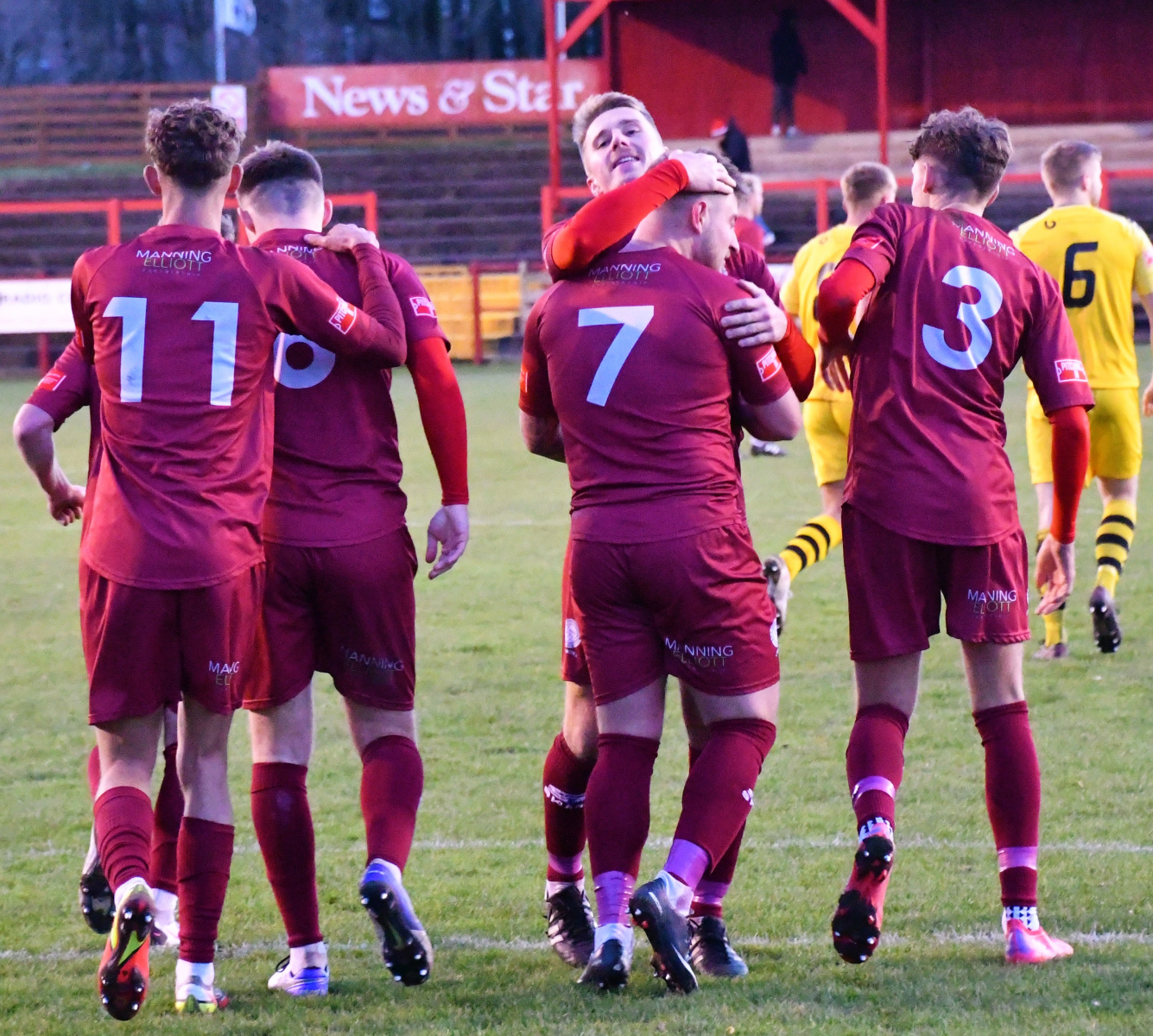 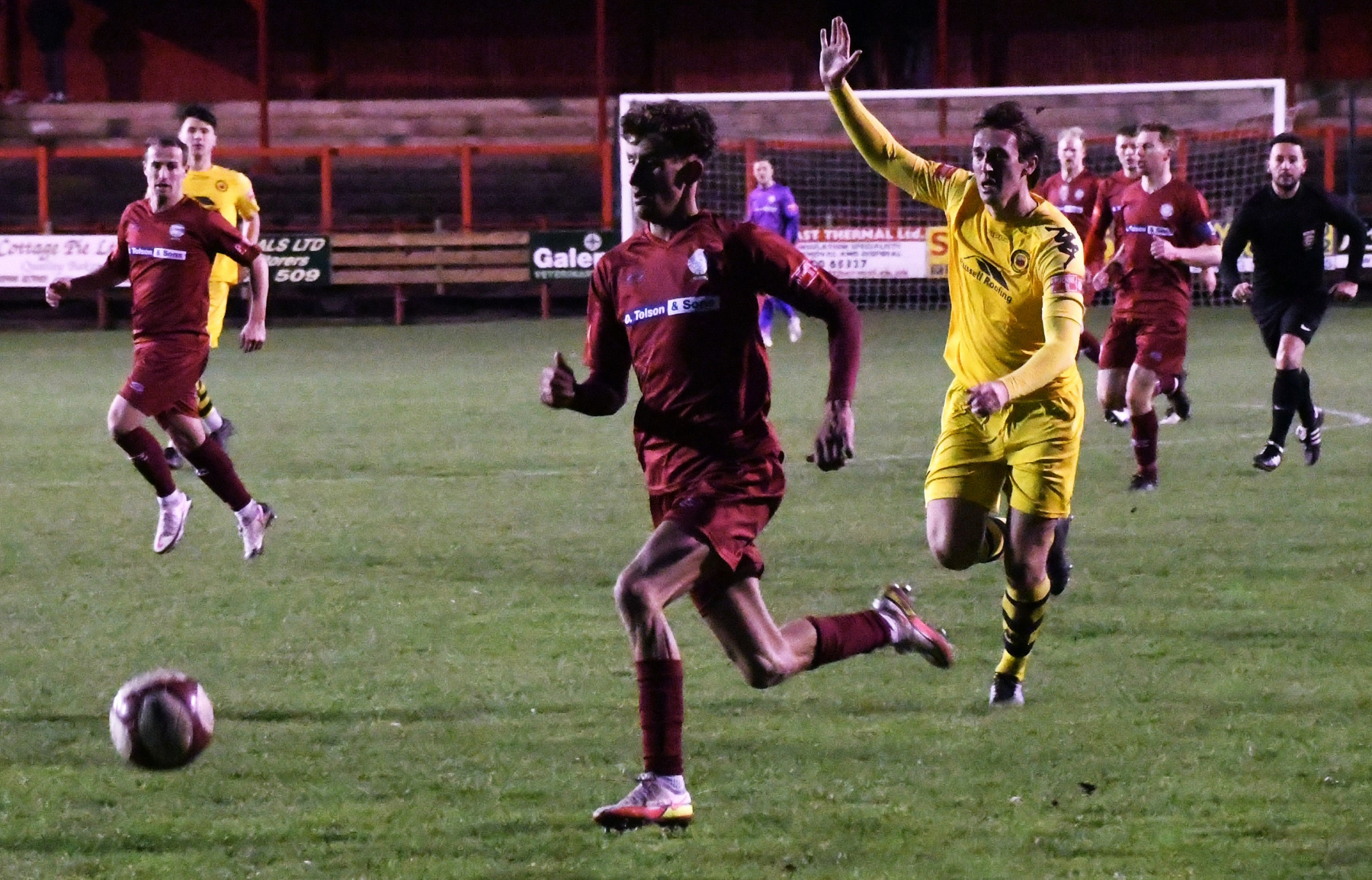 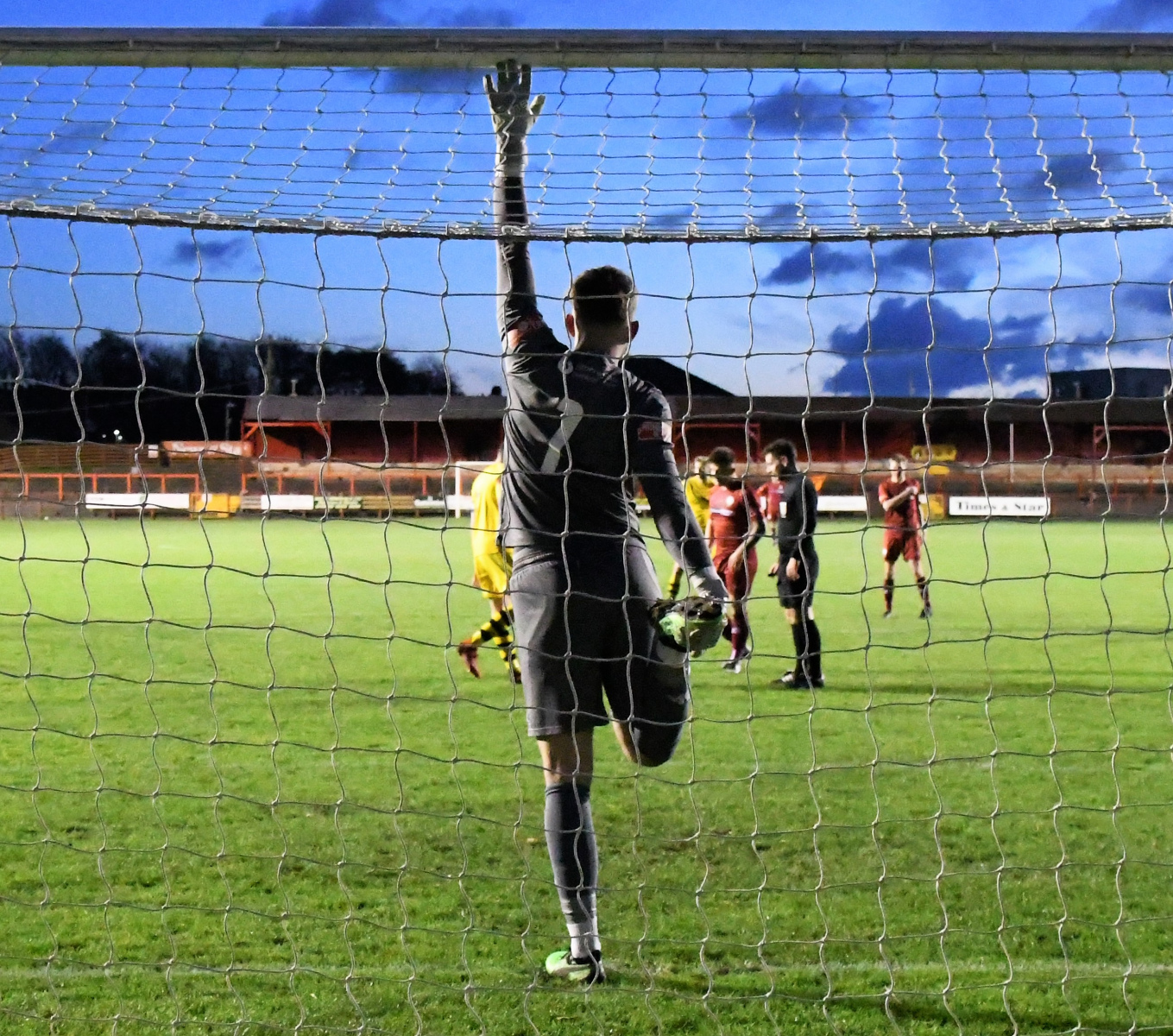 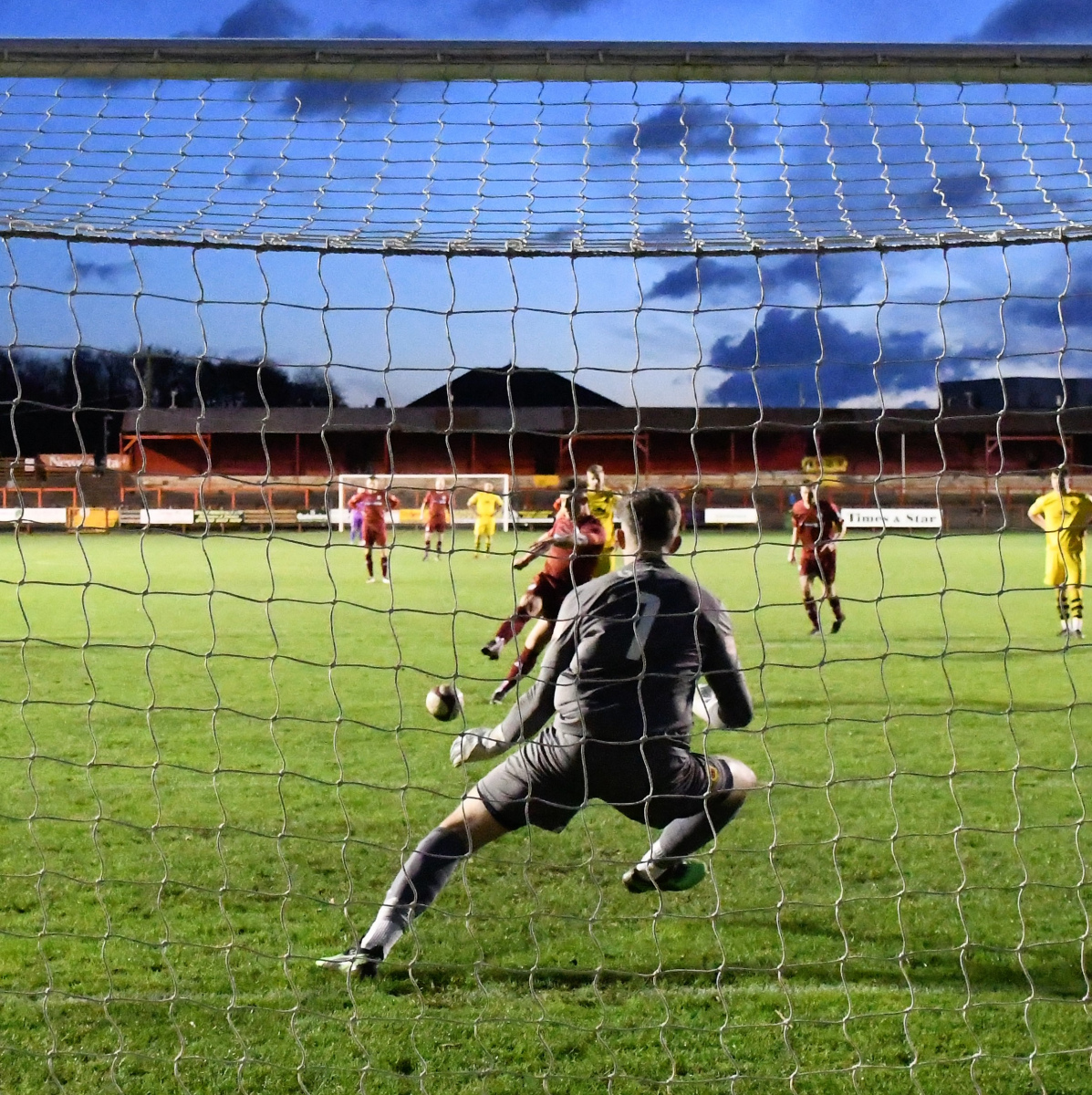 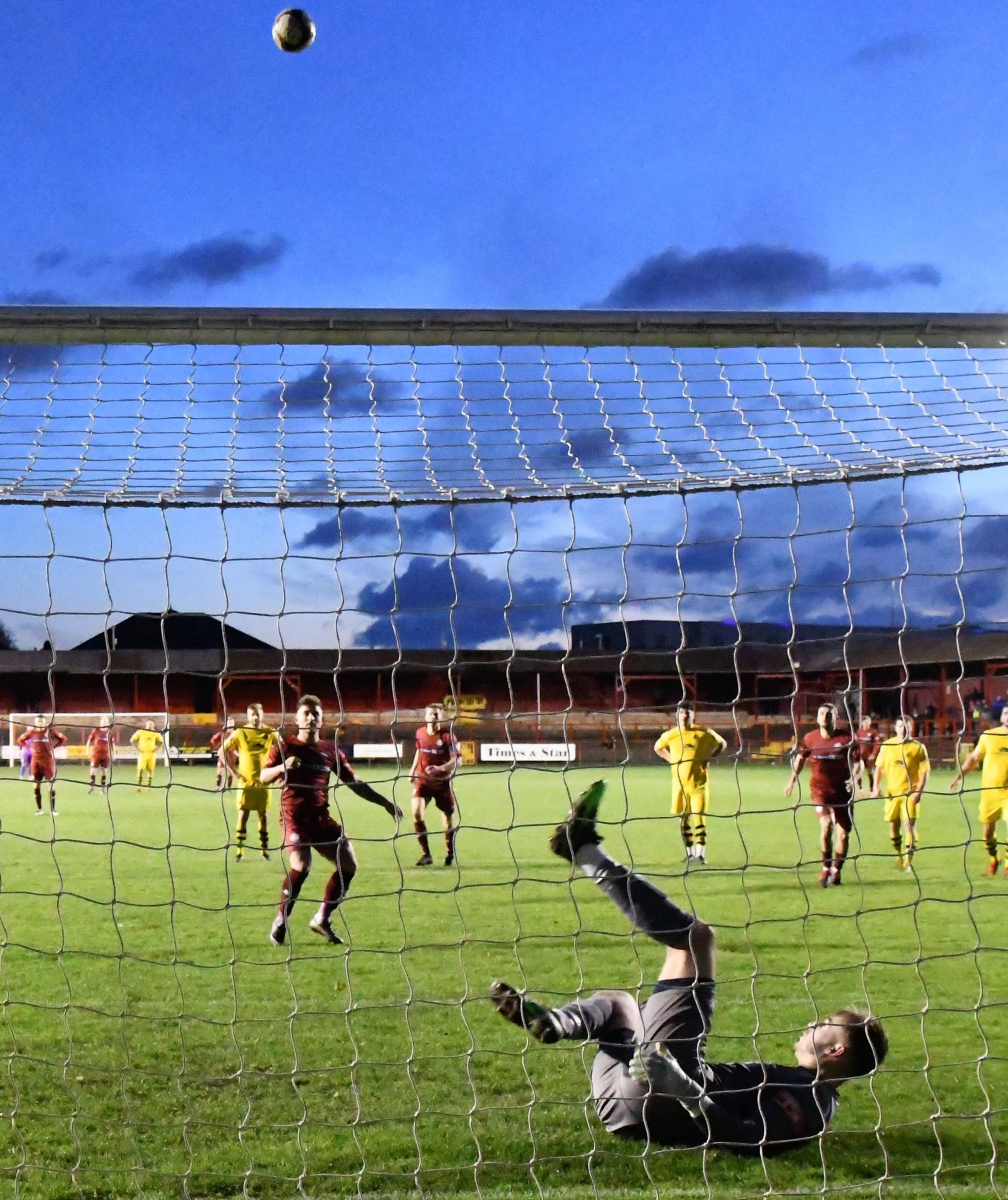