Reds were a little off the pace in this NPL West Division encounter yet came ever so close to pocketing all three points. They went in front for the first time in the eighty-ninth minute but the late celebrations were curtailed when Cables scored the sixth goal of a dramatic afternoon in the fifth minute of time added on.

Both teams had their shortcomings but there was plenty of character on display and enough incident and entertainment to thrill followers of a red persuasion and the hardy band of Cables supporters.

The first chance of note fell to the hosts but Lewis Reilly’s free kick, an in-swinger from the left, struck the foot of Mitchell Allen’s right-hand post.

With less than four minutes on the clock, Prescot took the lead with John Murphy scoring his first goal of the afternoon.  Reds’ Brad Hubbold was unfortunate to turn into danger in the centre of the pitch and lost possession to Cables’ impressive number nine.  He set off towards the Town End goal and guided the ball beyond Jim Atkinson for the opener.

Little did we know then but the same player would grab the final goal of an excellent contest a good ninety-one minutes later!

Atkinson then had to deal with shots from distance to prevent Jack Goodwin and Josh Gregory increasing the visitors advantage.

It was slightly against the run of play when Workington equalised after twenty-two minutes, Scott Allison bagging his fourth goal in three matches.  He seemed to have gone too wide but he got his left foot round the ball to deceive Allen and finish from an acute angle.

But more defensive uncertainty in Reds’ brittle defence led to Kevin Lynch’s side deservedly restoring the lead.  Confusion over the identity of the scorer but no doubt about the fact that Reds had conceded a sloppy goal with Atkinson beaten at his near post and Gregory receiving the plaudits.

Murphy could have put the game beyond ‘out-of-sorts’ Workington soon after the restart but his shot on the turn drifted wide of the upright.

A bizarre goal credited to Reilly just after the hour mark sparked a revival from the home side.  Reds’ centre-forward got the slightest of touches and the ball spiralled in the air before looping over Allen and under the cross bar.  A fortunate goal but one very much needed in the circumstances.

Allen was left helpless soon after when David Symington’s thunderous shot flew past him only to thump against the post.

Then in the eighty ninth minute, Steven Rigg got what the home fans thought was the winner.  The substitute had been on the field for just four minutes when his shot on the turn seemed to take an age to cross the line bobbling into the far corner of the net, sparking celebrations from players and supporters alike.

Many teams might just have folded at that point but Prescot rallied and finished strongly.

Joel Connolly’s rasping shot from distance was flipped over the bar via a strong Atkinson hand but Workington couldn’t deal with the subsequent corner.

And rising above everyone else in a crowded goal mouth was that man Murphy to force home the last-gasp leveller in the ninety-fifth minute.

An exciting end to an eventful ninety minutes with Reds ending the day eleven points adrift of runaway leaders Macclesfield and title aspirations beginning to recede. 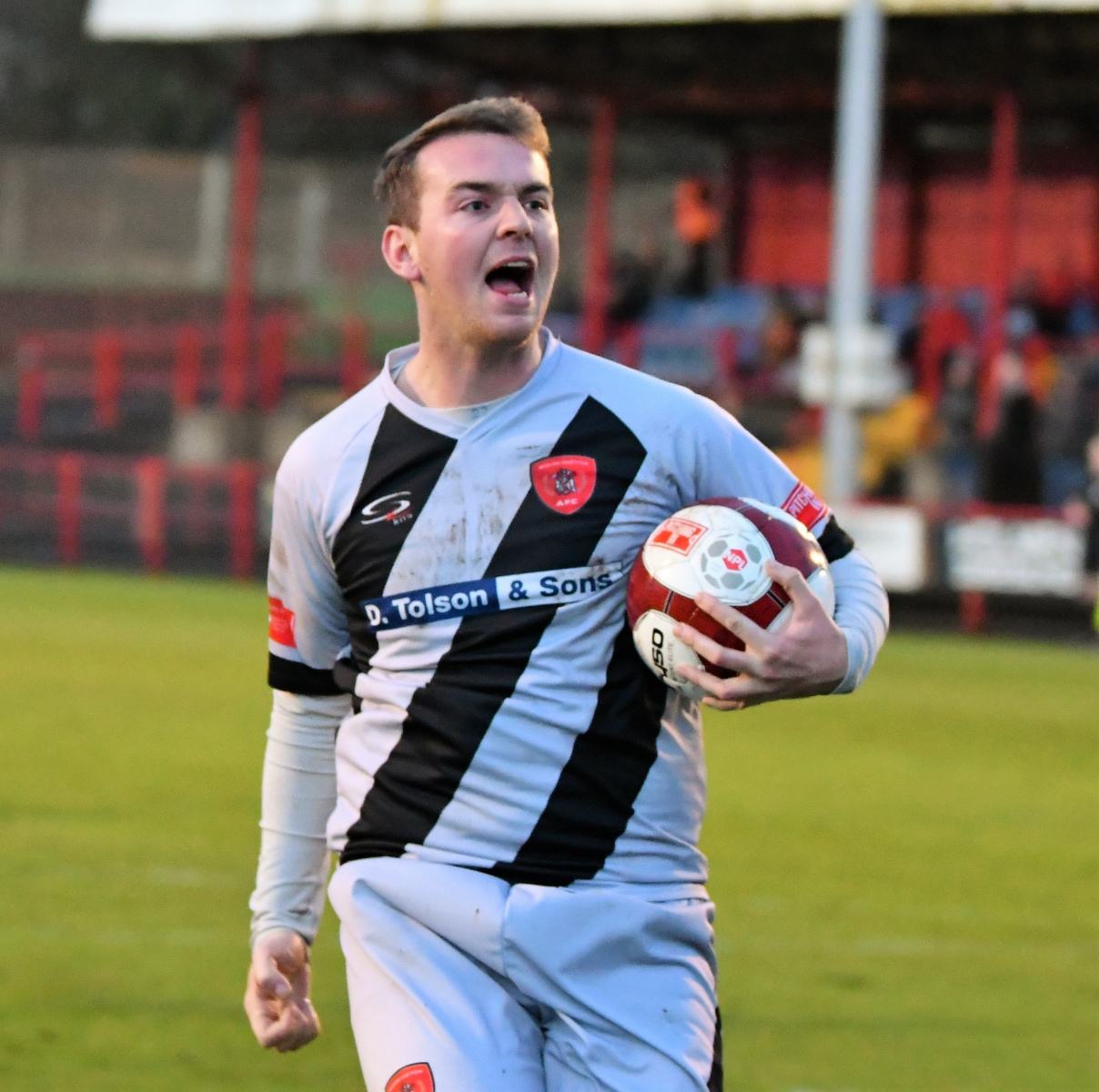 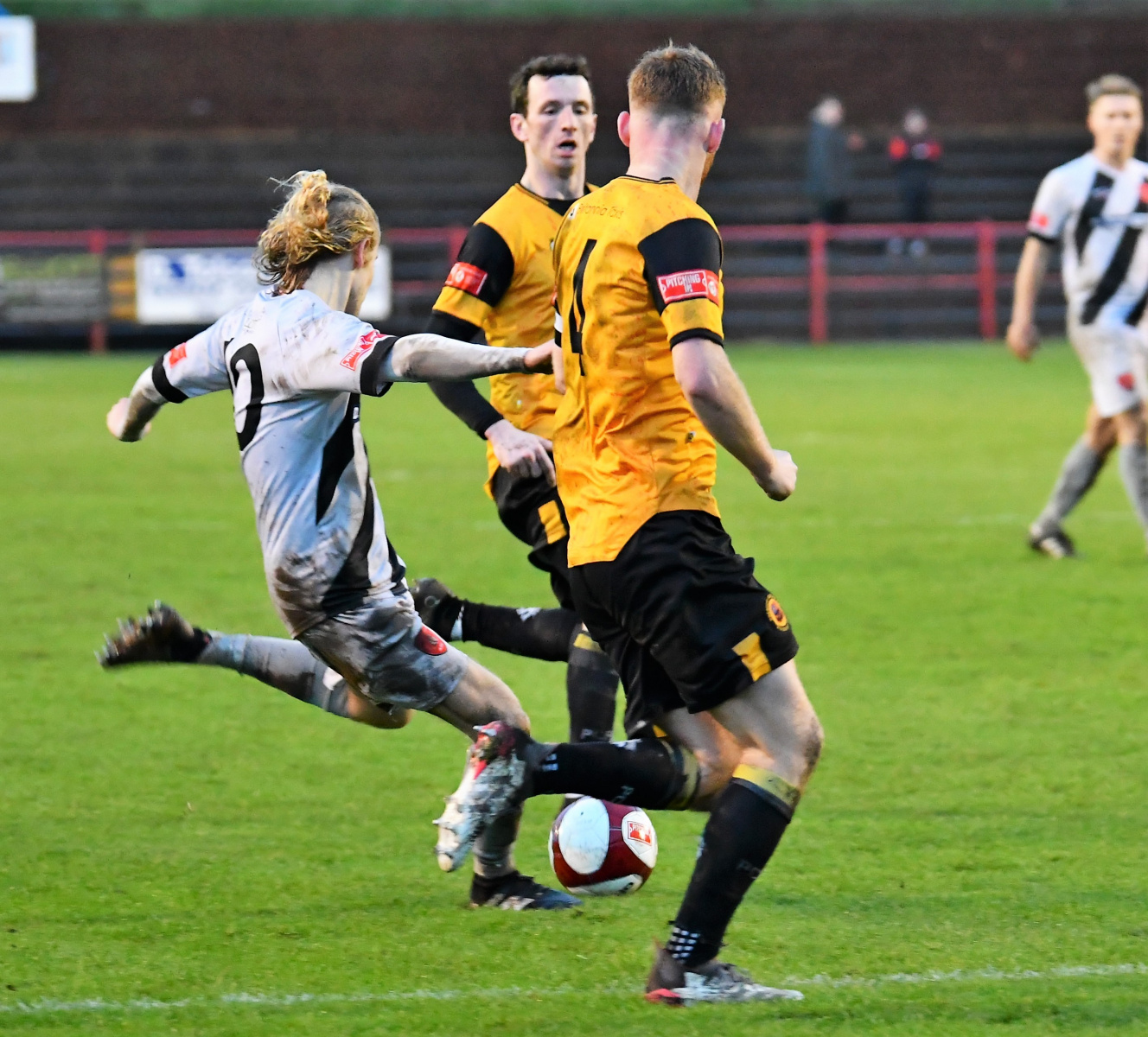 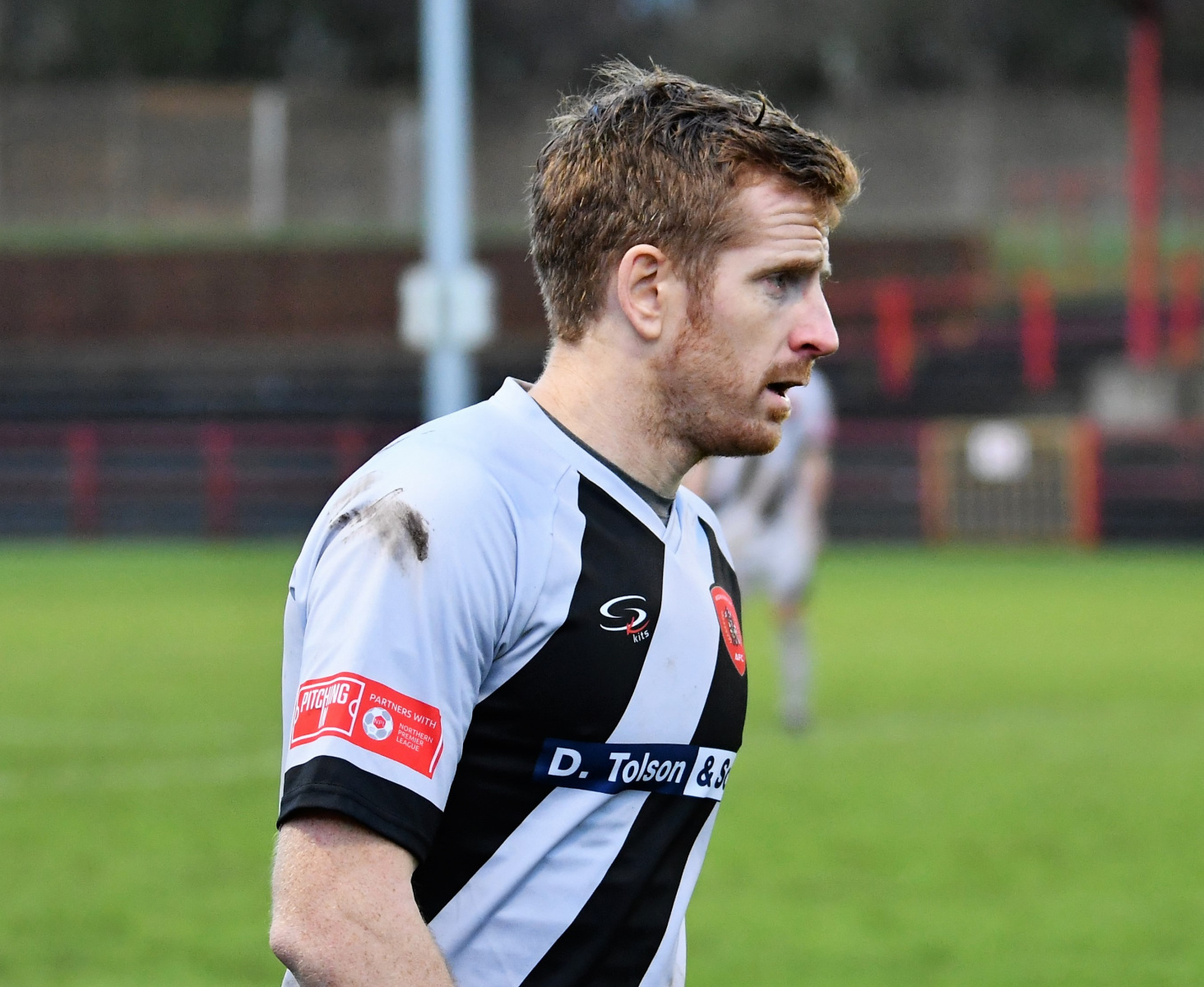 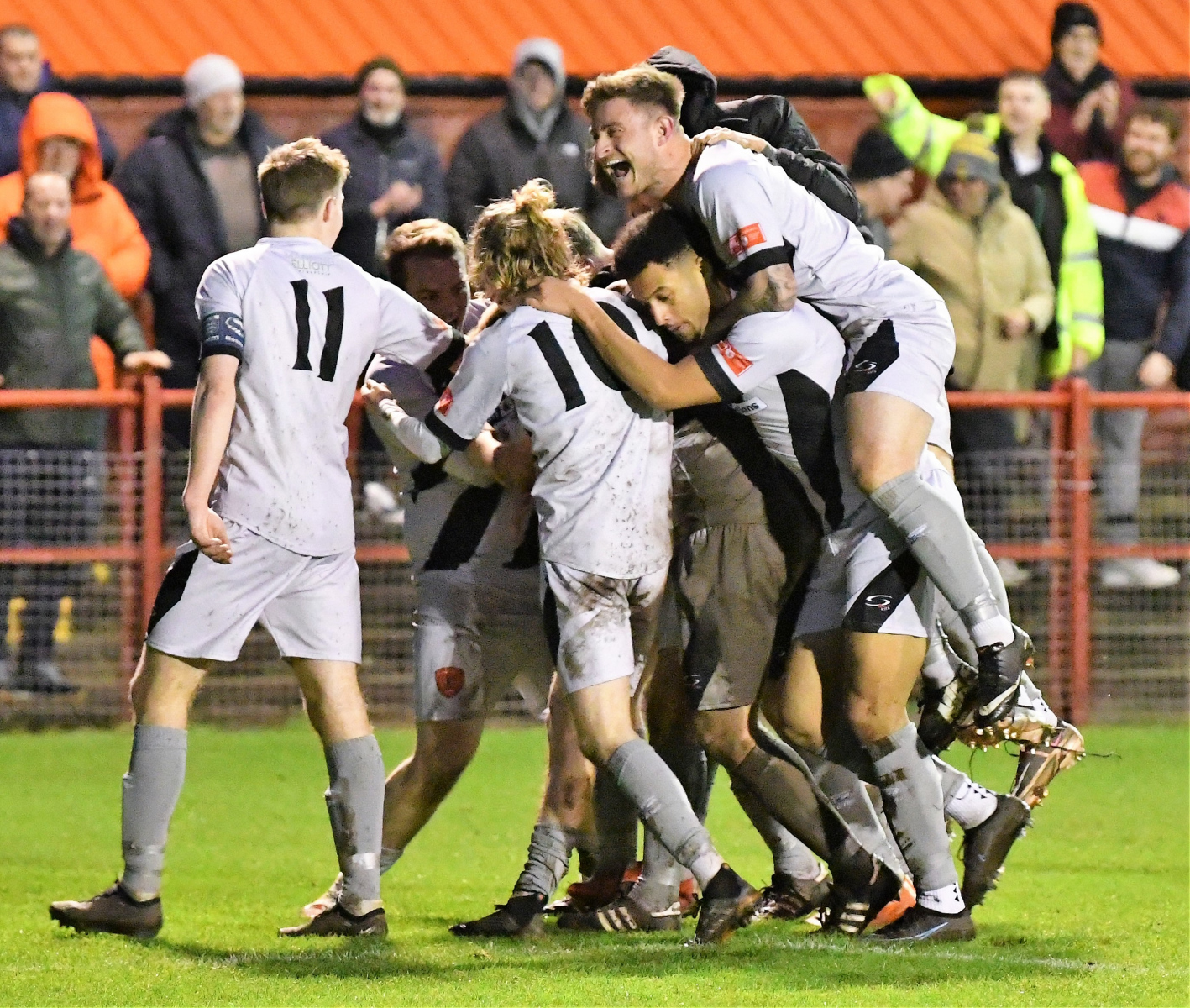 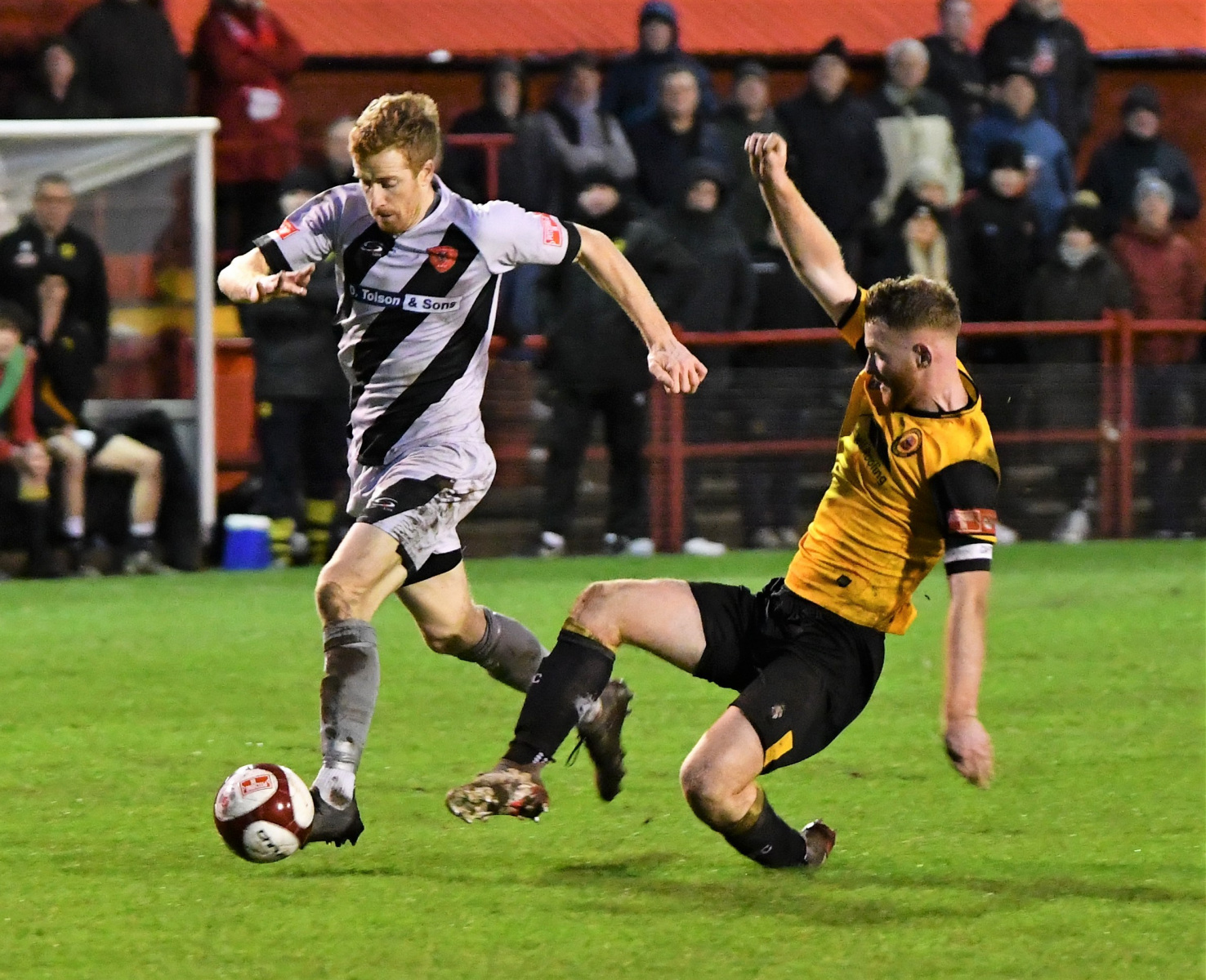 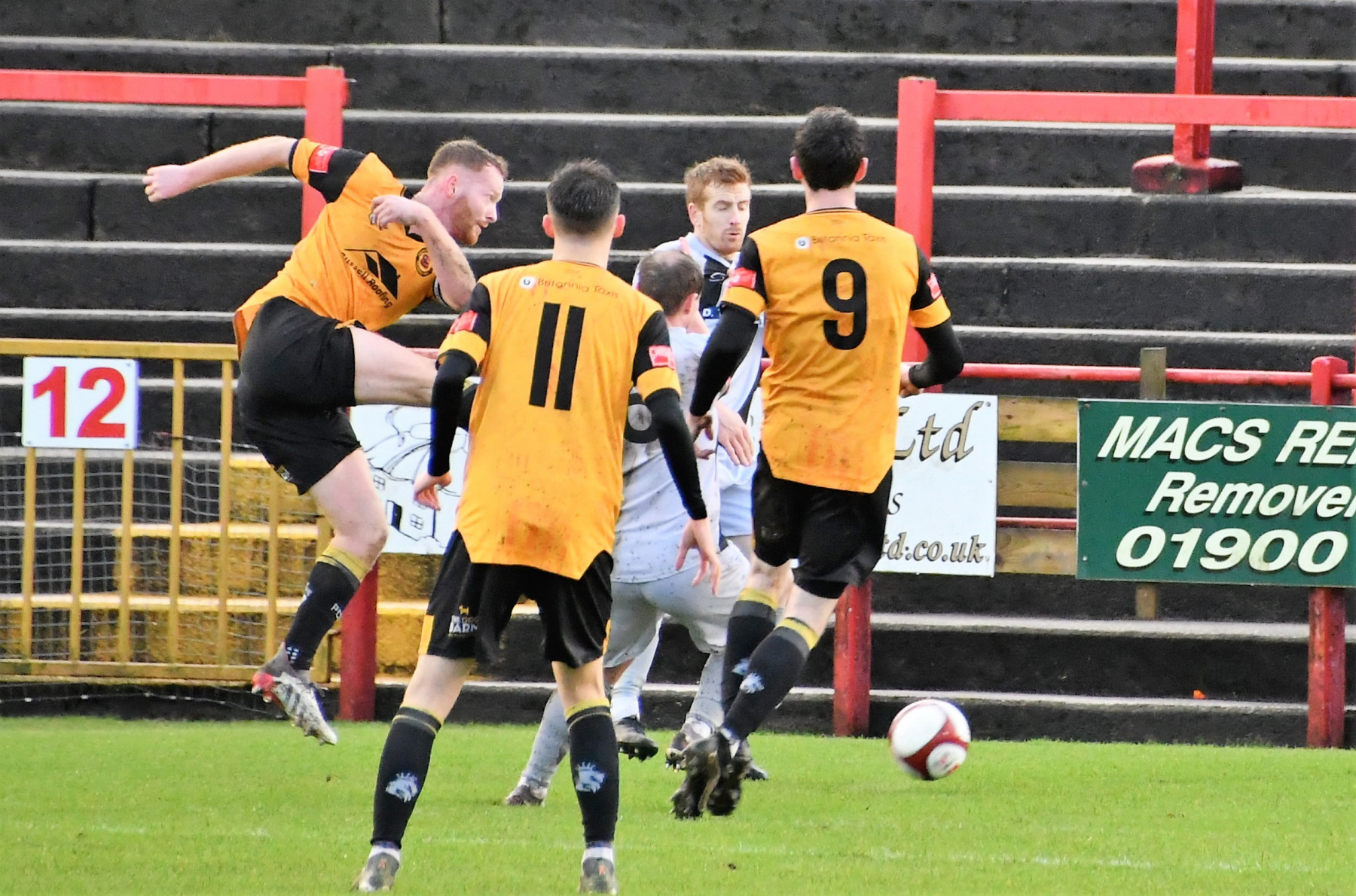 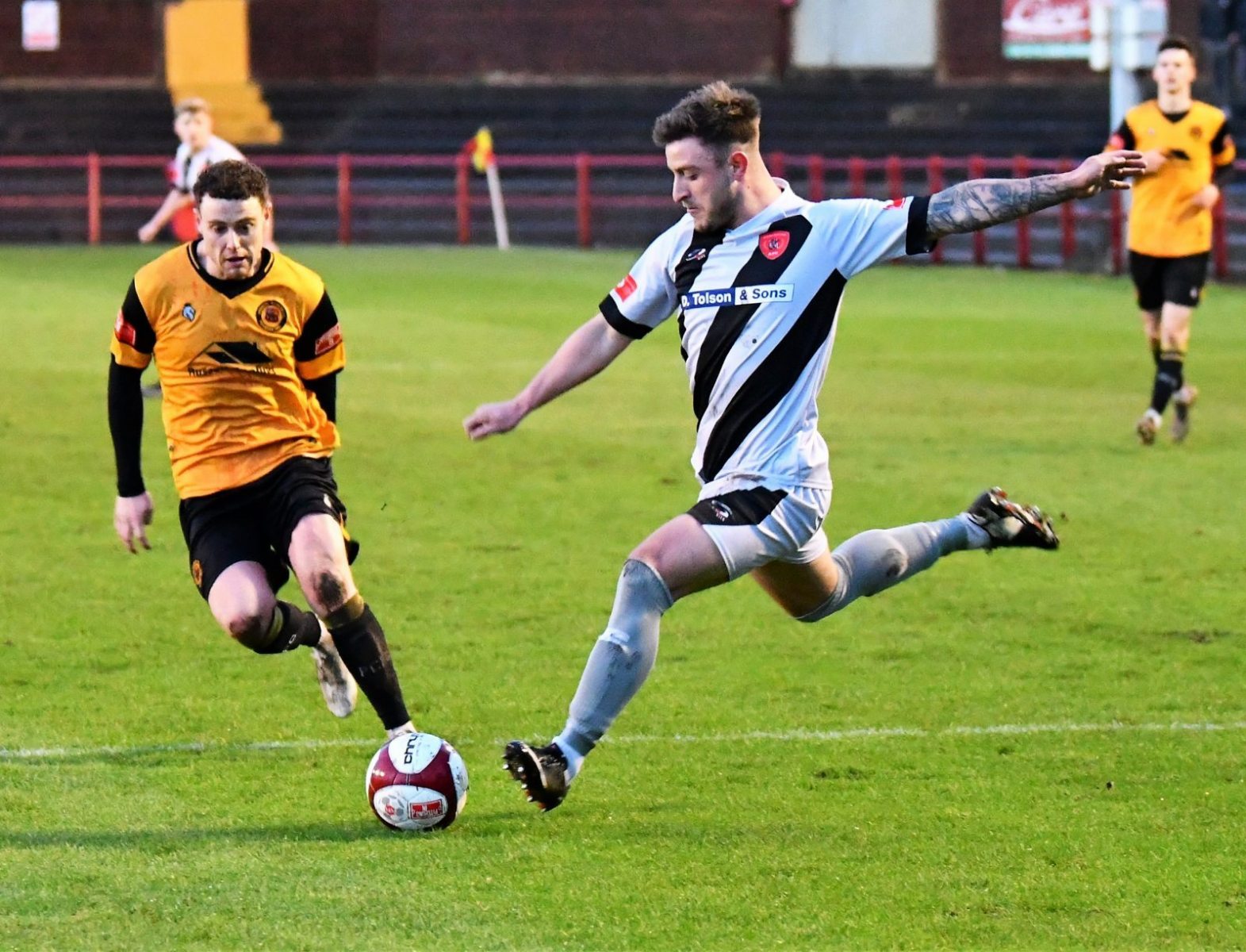 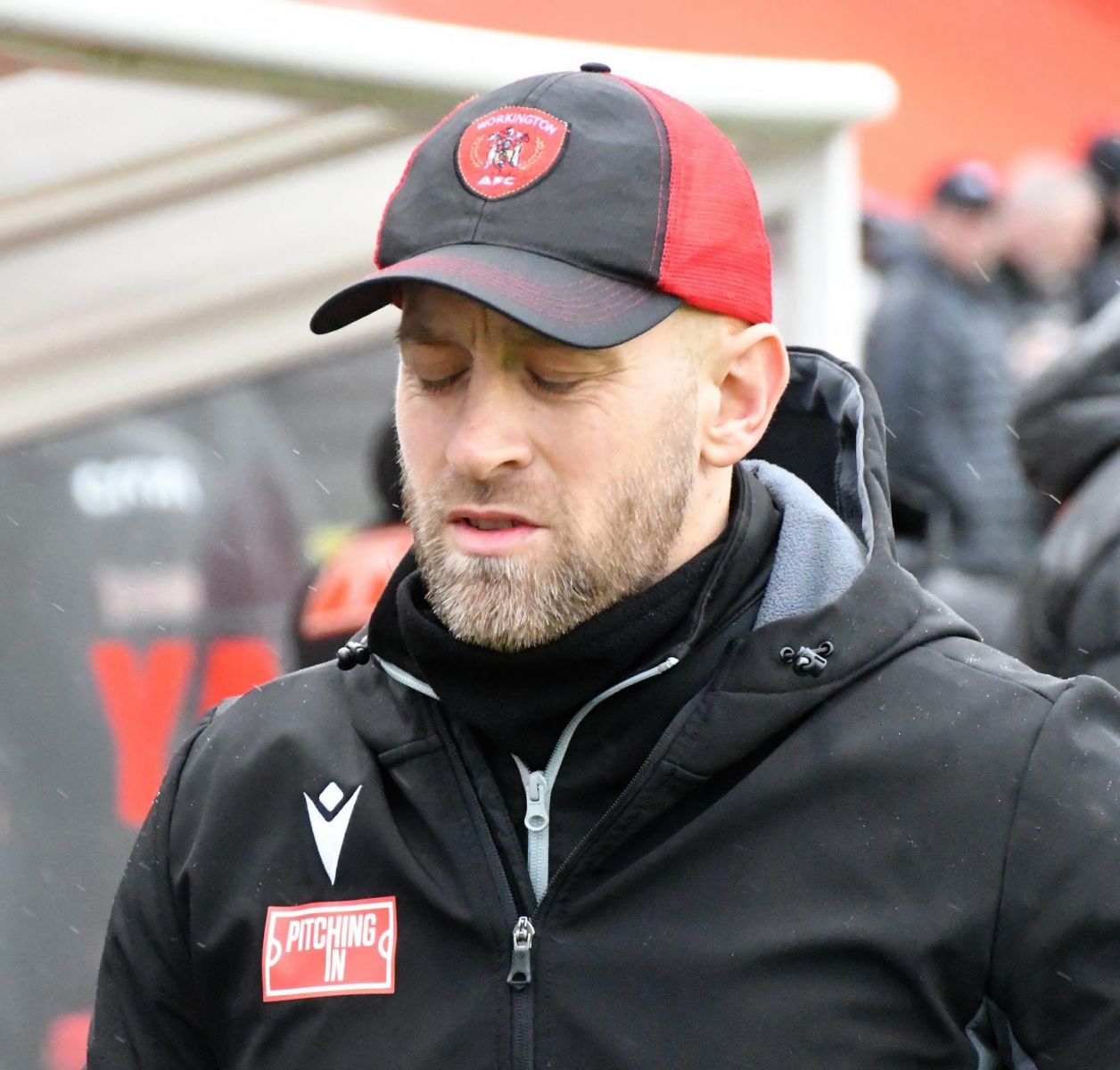 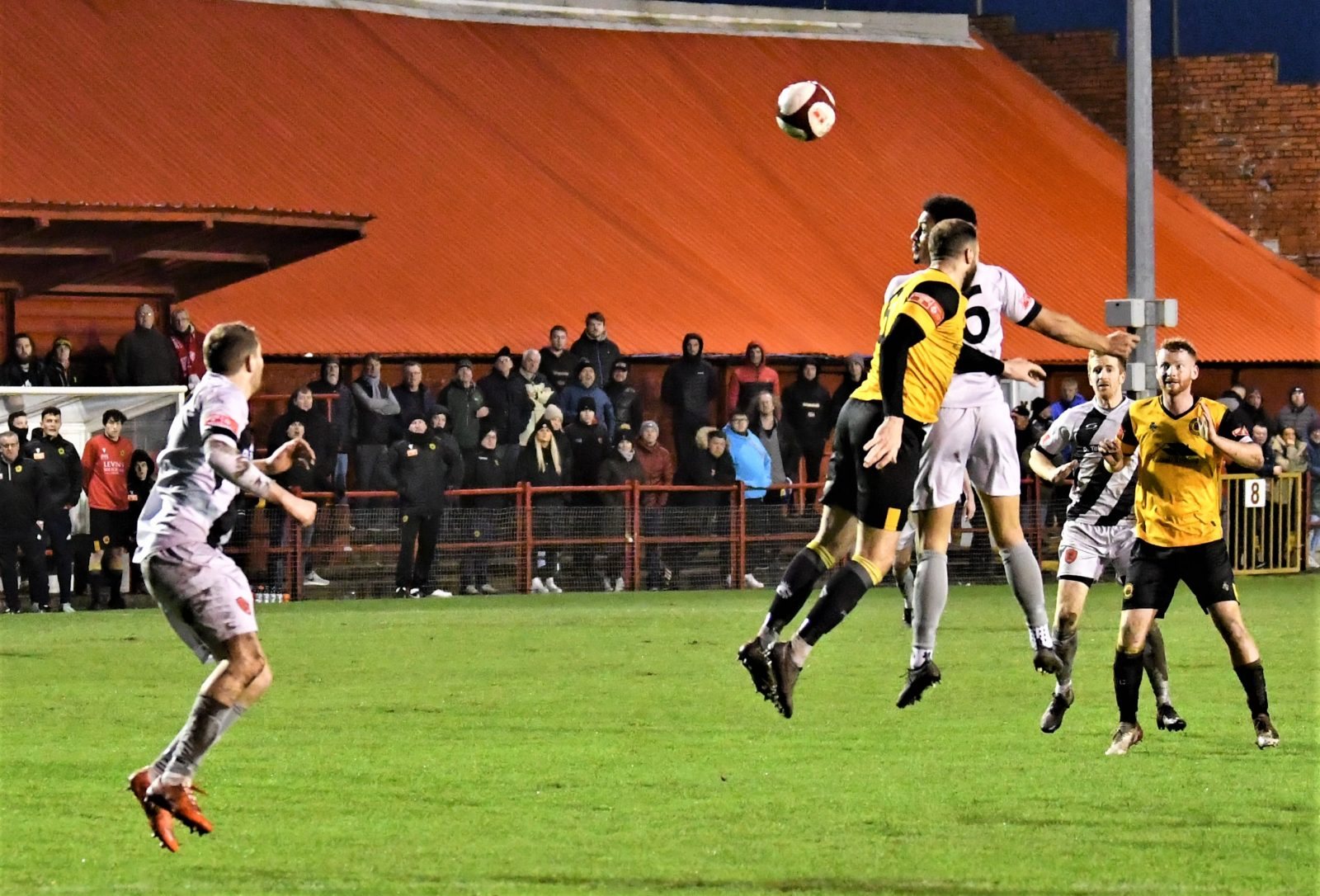 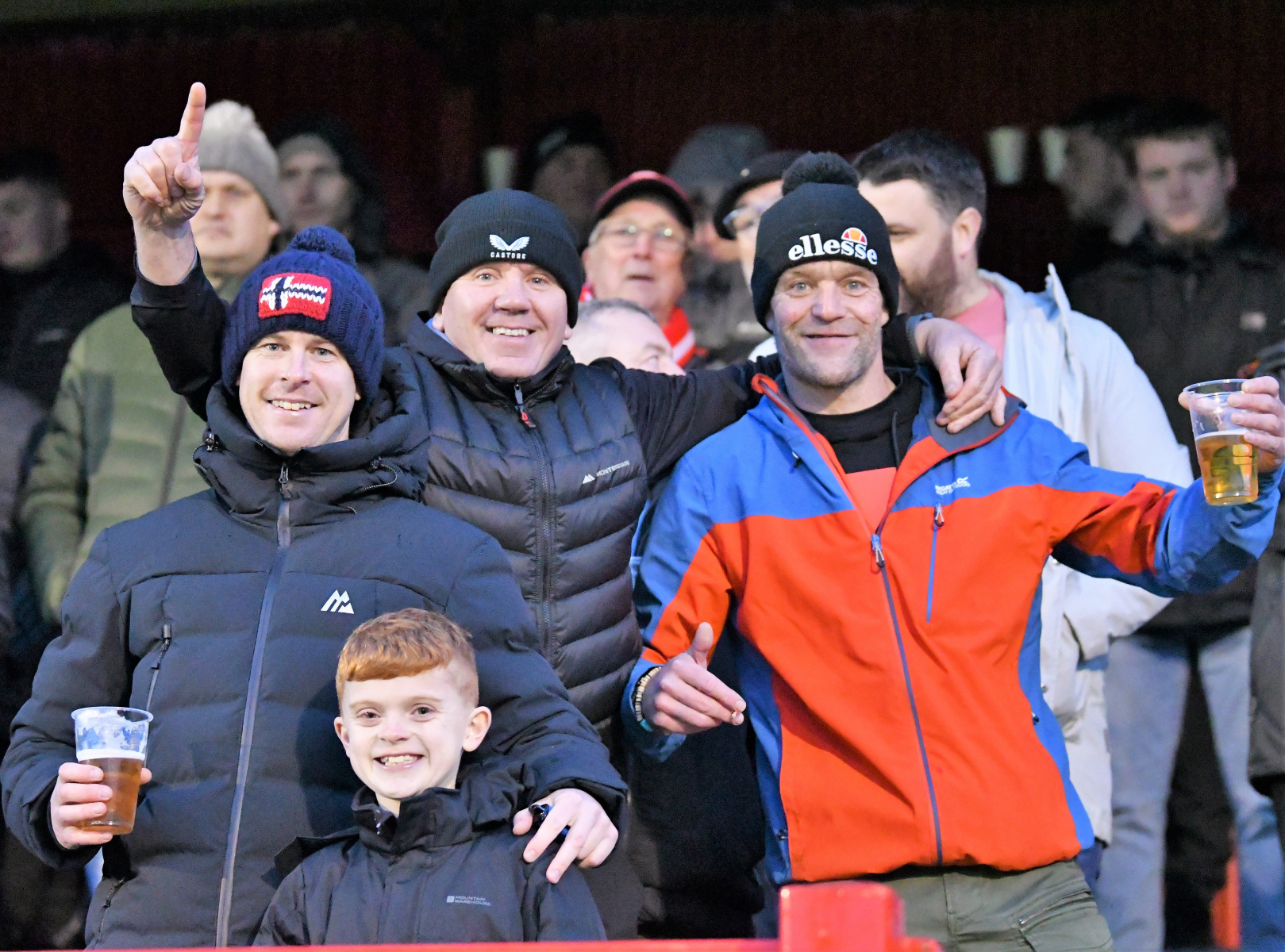