Manager Danny Grainger described it as a ‘tired performance’ but it was still good enough to win more comfortably than the score line suggests.

Mossley rarely troubled Jim Atkinson and it was their teenage goalkeeper who impressed the most with a confident display preventing Reds from netting a few more.

Liam Lovell looked competent throughout and excelled with two second half saves in particular.  The first denied what would have been a deserved goal for Jordan Holt when he acrobatically tipped the ball over the bar and the second saw him quickly off his line to block a Scott Allison volley.

The ‘keeper was a touch unlucky with the first goal and may question himself over the second but, generally, he performed well.

And although Reds were not at their fluent best the spine of the team was in good nick with excellent contributions from Dan Wordsworth, Holt and Allison.  Add to that the productive runs down the flanks from Liam Brockbank and Jay Kelly and there was enough to see Grainger’s side home with a bit to spare.

Reds had been in front from the twenty-first minute but there is always that natural anxiety until the second goal is scored and, although Mossley didn’t create too much to worry about, there was a touch of apprehension on the terraces at 1-0.

It was Allison’s deft flick that broke the deadlock.  Brad Hubbold’s original free kick had been blocked and with the ball pinging about between defenders and attackers, Reds’ top scorer reacted instinctively and the ball went in the opposite direction to the unfortunate Lovell.

When Louis Potts reacted quickly to a Sam Smith header which rebounded to him off the post, we thought we had the insurance of the second goal but the assistant referee was flagging for offside.

And we were into the final ten minutes before the second goal duly arrived.  Dav Symington had made his comeback via the bench ten minutes earlier and struggled to get into the game after his enforced lay-off.  But he announced his return with a typical audacious strike from a free kick to double the lead eight minutes from the end.

The free kick was thirty yards from goal and Mossley opted not to set up a defensive wall.  And although the strike wasn’t as good as the one he thumped into the same net during the half time warm-up, it found a way past Lovell and nestled in the bottom corner of his net.

Keaton Mulvey did force Atkinson into a first half save but attempts on the Reds goal were few and far between.

It was a third consecutive 2-0 win over the Lilywhites and lifted Reds into 3rd position in NPL North West. 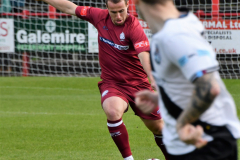 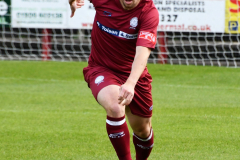 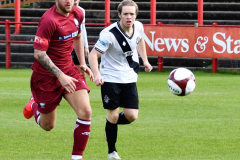 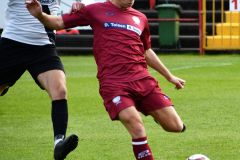 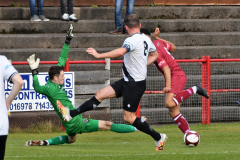 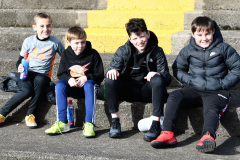 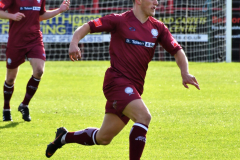 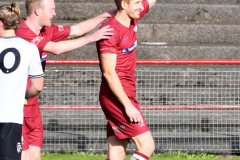 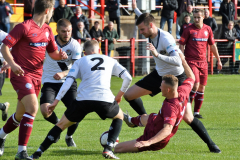 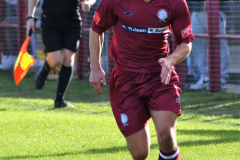 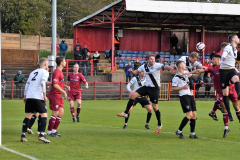 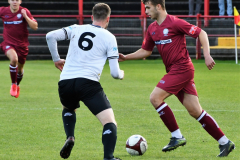 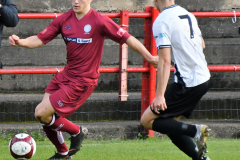 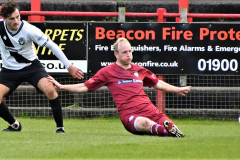 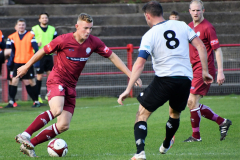 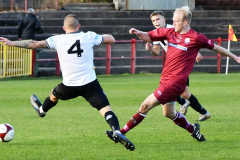 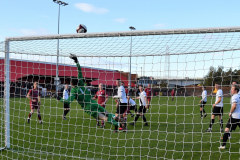 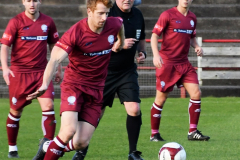 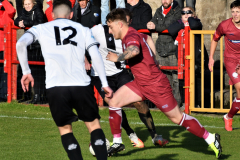 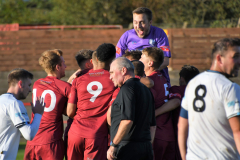 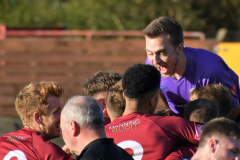 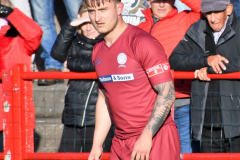 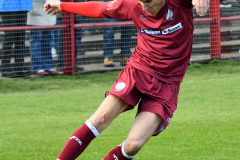 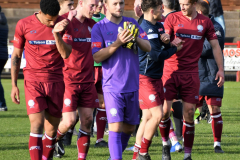