Workington scored a seventy-ninth minute winner in this seven goal thriller and, apart from welcoming supporters back to the ground following months in exile, epitomised the character in the squad.

Reds have had matters very much their own way throughout pre-season, even enjoying periods of domination in games against higher-ranked Morecambe and Gainsborough, but that wasn’t the case on this occasion as the hosts encountered a few self inflicted defensive problems.

On a filthy wet late summer afternoon, the colour-clash derby brightened up a soggy ninety minutes but it was Reds grit and determination which shone through the gloom.

They could have been forgiven for accepting a rare set-back on home soil after trailing 0-2 and 2-3 but they finished very strongly and emerged worthy winners by the finish.

City included their ex. Reds trio of Rob Wilson, Tom Kilifin and Niall Cowperthwaite in their bright orange strip and all enjoyed decent performances on returning to Borough Park.  So too did Charlie Bailey, a name linked with Reds in the past, who helped himself to a couple of goals as City capitalised on what appeared a nervous start from the Cumbrians.

He opened the scoring after eleven minutes, after good work on the right from Kilifin, and had time and space to despatch the ball beyond Jim Atkinson from eighteen yards.  His second, from similar distance, was another which Reds should have defended better.

It didn’t look good, two down after twenty three minutes although the first of two brave recoveries got underway almost immediately.

Dan Wordsworth marked his birthday with a headed equaliser, connecting perfectly to Conor Tinnion’s inch-perfect assist via a free-kick on the left.

The game’s first flash-point on the half hour saw Reds’ Louis Potts dangerously upend Ben Hudson near the touchline with his punishment, the lesser of two evils, an immediate substitution instead of a red card!

The unfortunate Hudson was involved again soon after the restart when he inadvertently handled the ball in the box.  The referee pointed to the spot and Scott Allison confidently converted as Reds restored parity.

City then had a period of domination and another sloppy goal from a Workington perspective saw them regain the lead after sixty-seven minutes.  Wilson sent the ball into the area and City skipper, Andy Teague, rose unchallenged to head home.

Once again, Reds responded well and within four minutes they were level at 3-3.  Allison had an outstanding afternoon for Reds and he capped a fine performance with a great goal – twisting and turning in the box before placing the ball into the City net.

And with Reds getting better in the later stages a winning goal looked inevitable.  Robbie Hebson did ever so well down the left and his low cross into the danger area found Carroll who steadied himself before calmly driving home the well taken decider.

It was free-scoring Reds’ thirtieth goal of pre-season, but, by far, the most satisfying, as it secured a victory which had looked unlikely midway through the first half.

no images were found 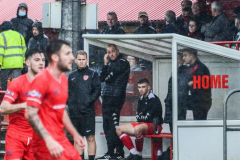 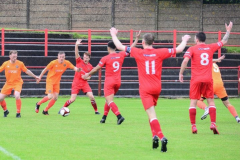 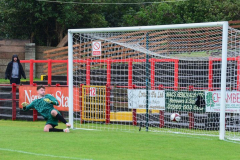 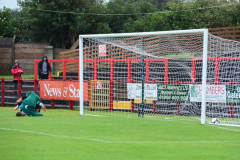 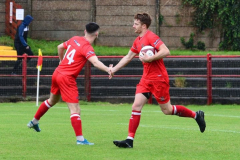 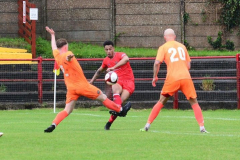 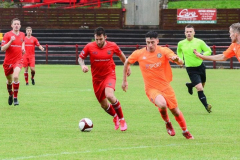 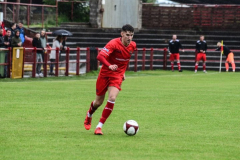 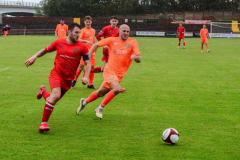 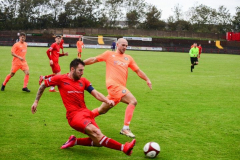 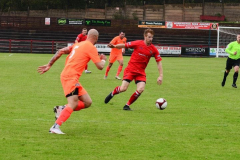 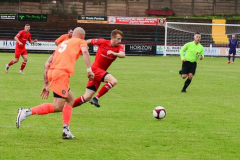 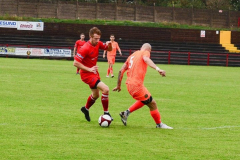 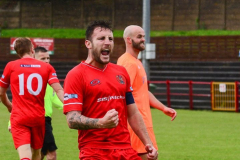 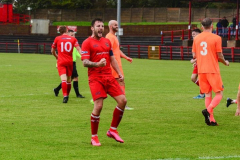 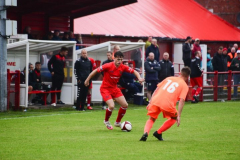 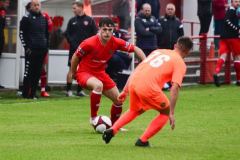 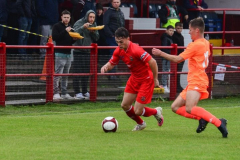 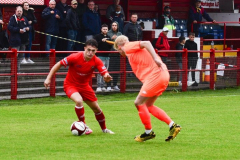 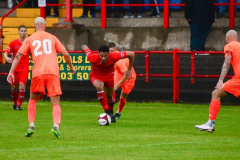 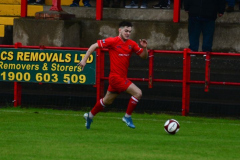 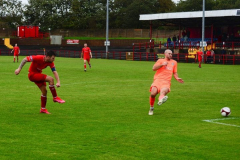 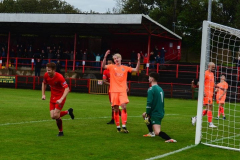 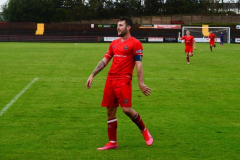