Whoever wrote the script for this NPL West Division encounter might have been accused of overdoing the story line as Reds delivered the perfect Christmas Day present to the Borough Park faithful.

The club had recognised the achievements of two Reds stalwarts before kick-off with Dan Wordsworth and Scott Allison rewarded for the 300 games they had played for the club.

Wordsworth actually reached his personal milestone on the day, Allison had done so earlier this season.

So having deservedly hogged the publicity before kick-off, the veterans then made the headlines during the game by scoring the goals which comfortably saw-off Kidsgrove and regain a top three place in this very competitive division.

Scott scored the first and third goals and Dan headed home the second in between with fellow ‘300 Club’ member, Conor Tinnion providing an assist for each.

It had been an even first half but Athletic lacked a cutting edge in the final third, enabling Workington’s makeshift back-four to cope without any great concern.  Jim Atkinson made one or two routine saves in each half but a clean goalkeeper’s kit after ninety minutes usually indicates who was, or wasn’t, dominant.

The breakthrough came after thirty-two minutes with Allison’s unerring finish from the edge of the box leaving Sam Booth helpless after a good passage of play finally prised open ‘Grove’s compact defence.

Two minutes after the restart, Workington doubled their lead and it was a case of poetry in motion as Wordsworth timed his run to meet skipper Tinnion’s free-kick, heading the ball over the stranded Booth and into the net.

Booth made amends in Reds’ next sortie forward, keeping out an awkward bouncing free-kick from David Symington and then smothering the ball as Lewis Reilly almost got to the rebound.

Allison completed a straightforward win for the hosts, their sixth in a row, with a superb goal twelve minutes before the end.  Steven Rigg’s measured assist split the visitors defence and Allison’s sublime finish curled high into the net with green-shirted defenders conspicuous by their absence.

All the talk had been about the senior members of the squad but the youngsters contributed too – Charlie Birch, playing in an unfamiliar central defensive role, Keelan Leslie maintaining his excellent progress, loan player Niall Moran putting in a good stint at right-back and Bobby Carroll again catching the eye, before leaving the field in a bit of discomfort, all enhancing their personal reputations.

And there was still time for a five-minute cameo from sixteen years old, Lewis Moore, who, according to manager Danny Grainger, “had earned his first team debut.”  The Maryport youngster hasn’t looked out of place training with the seniors and can be pleased with his contribution from his brief time on the pitch.

Kidsgrove seemed up for the battle early in the game and captain Oliver Jepson and Josh Thorpe got themselves booked after an incident involving Reds’ Reilly.  But their passion ebbed after that leaving plenty of food for thought for manager, Scott Dundas, on the journey home. 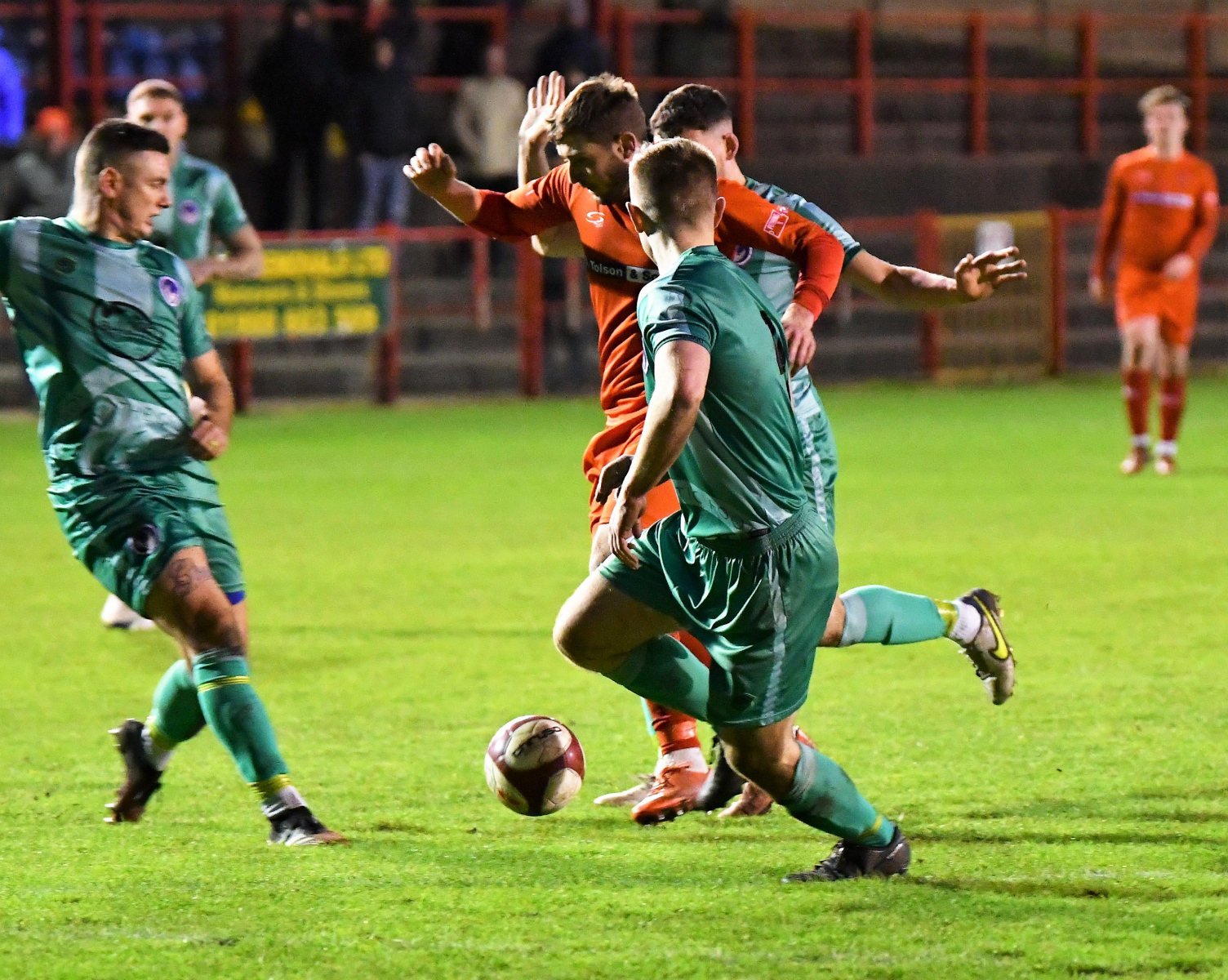 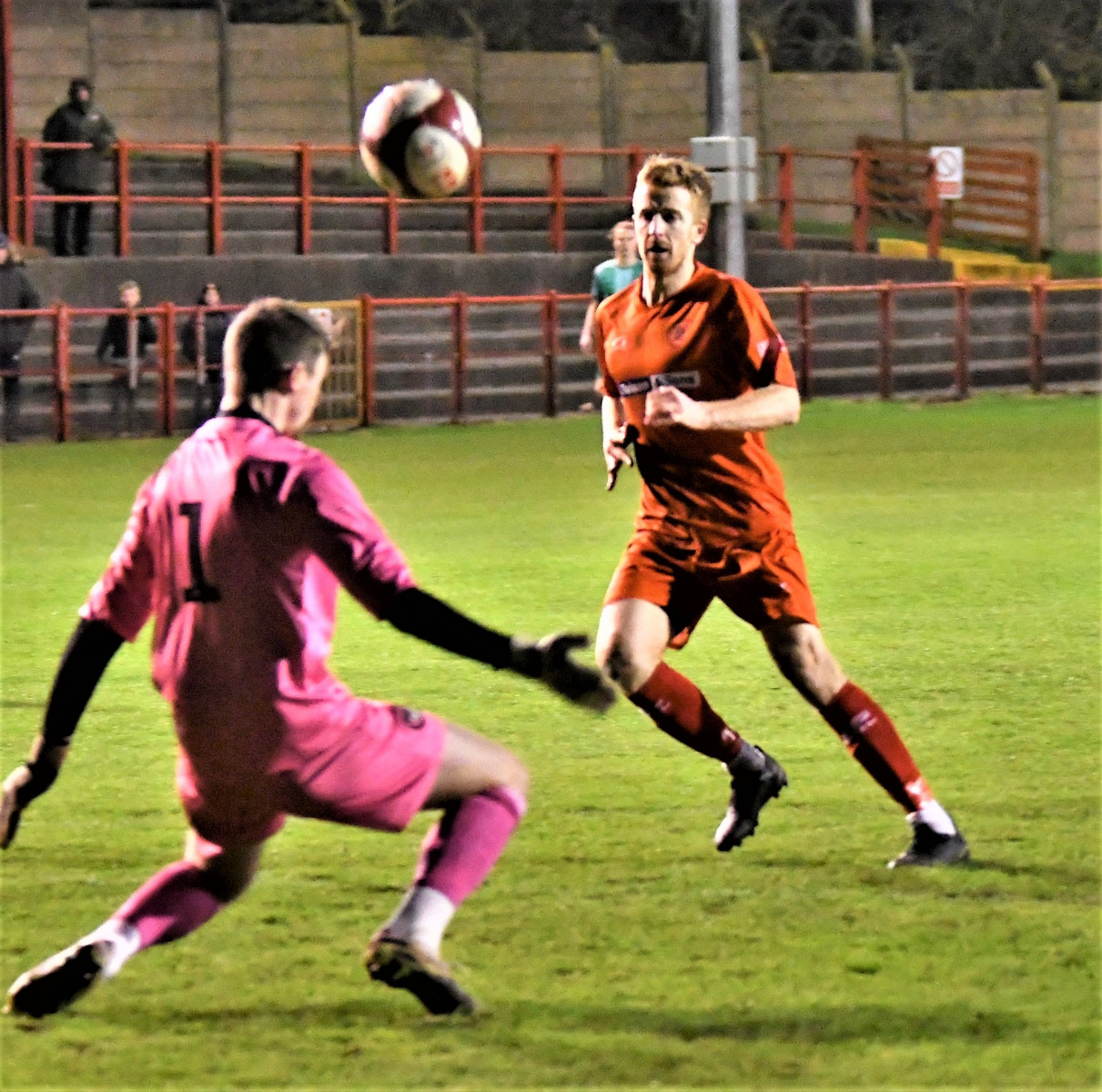 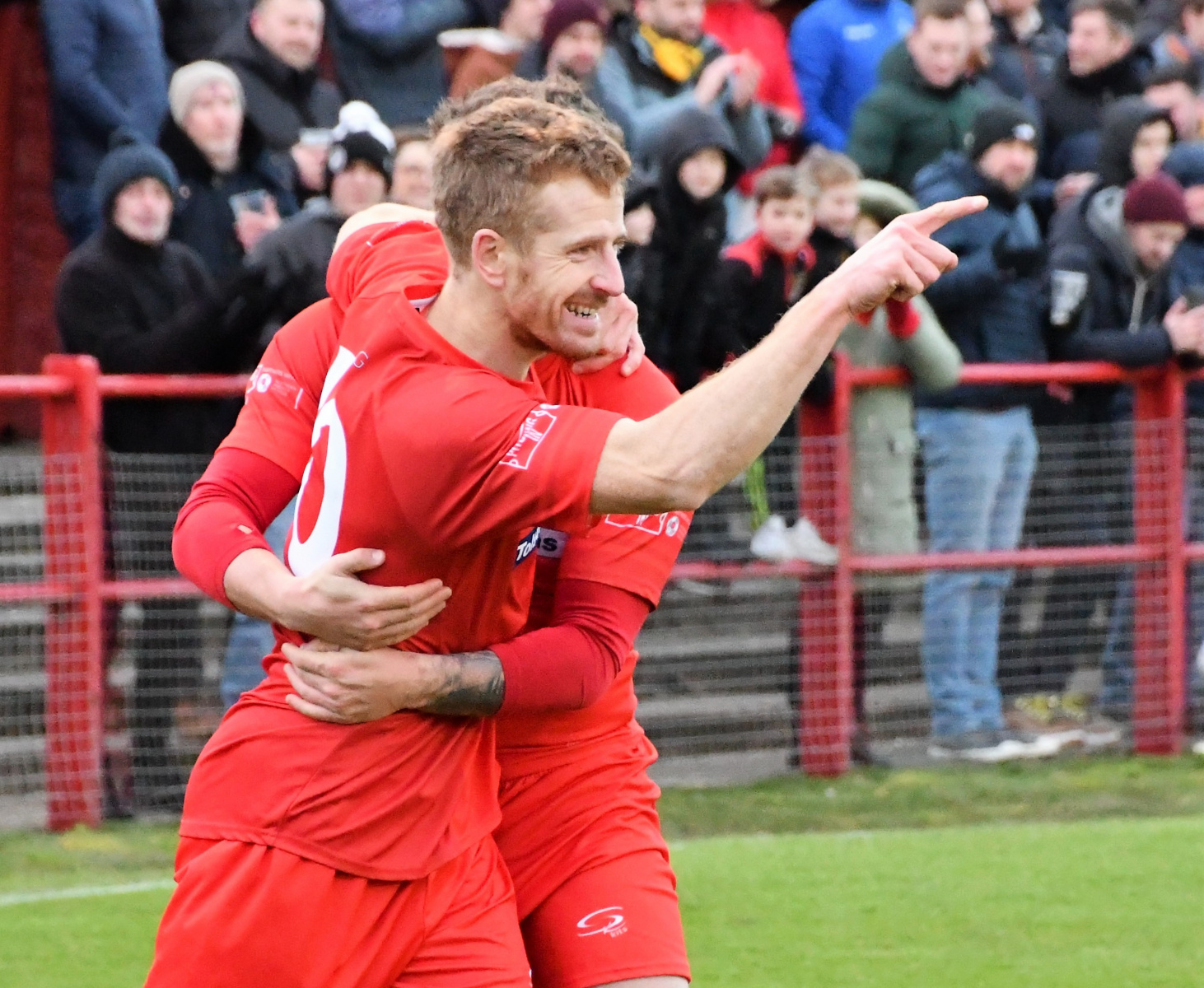 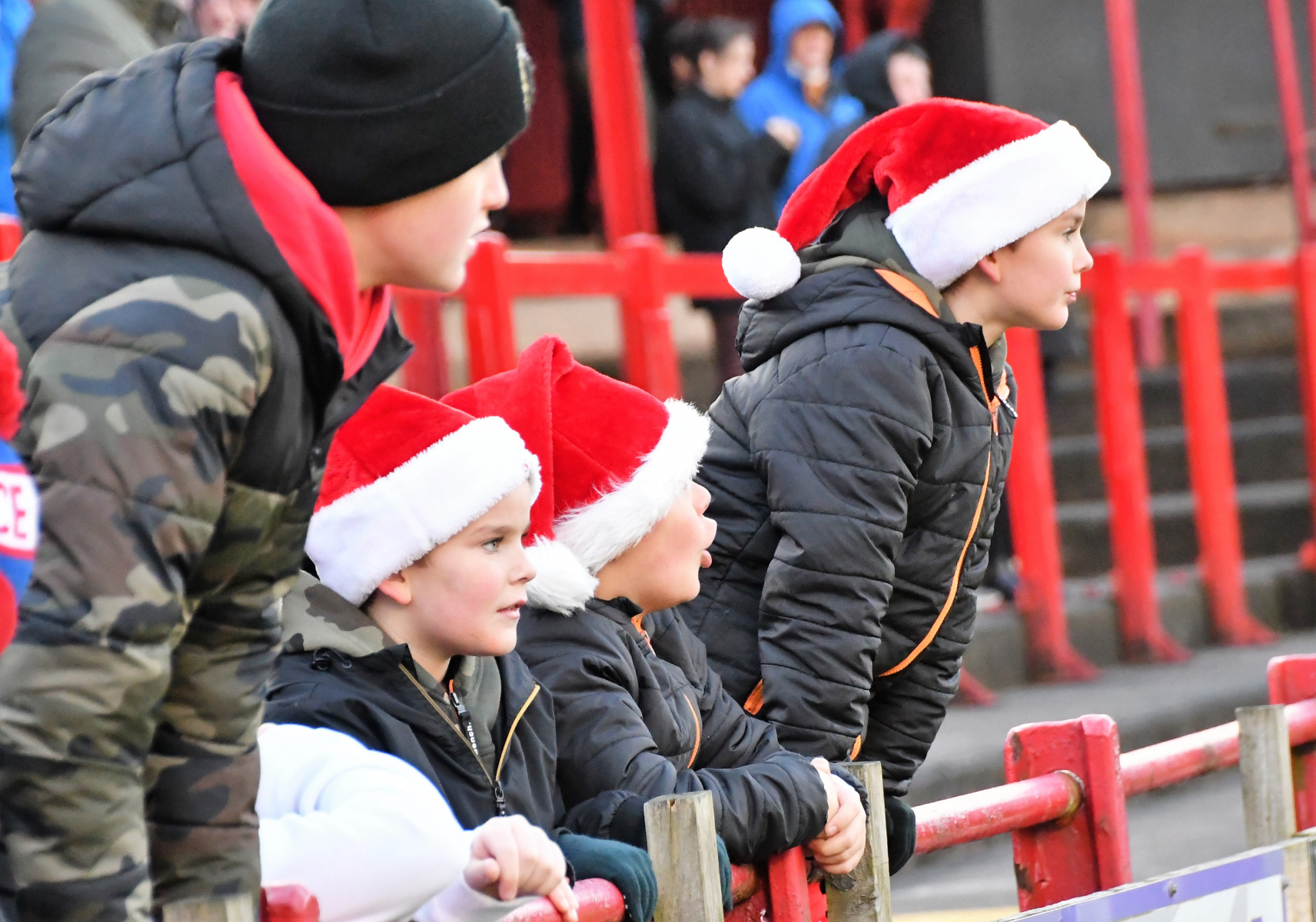 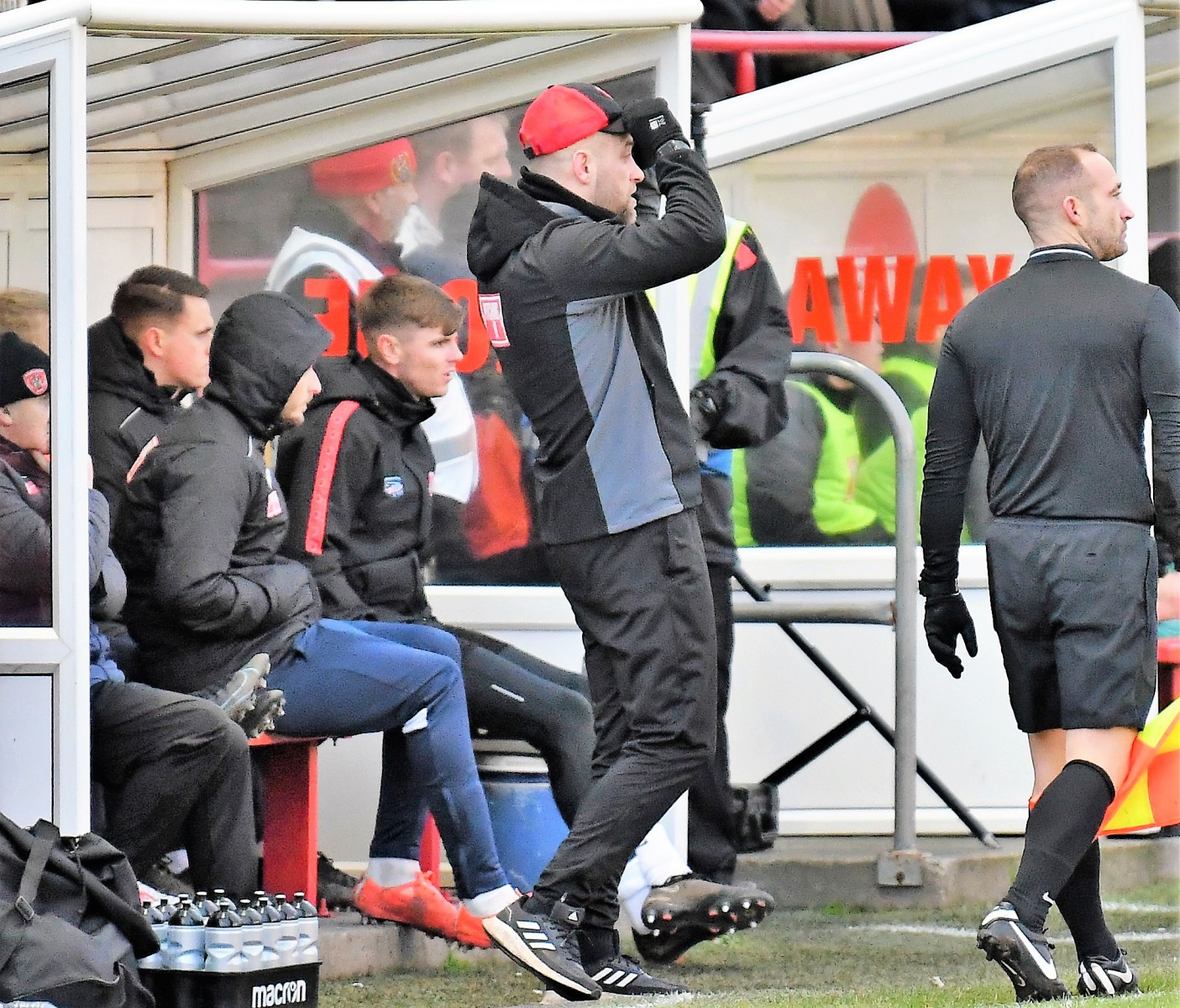 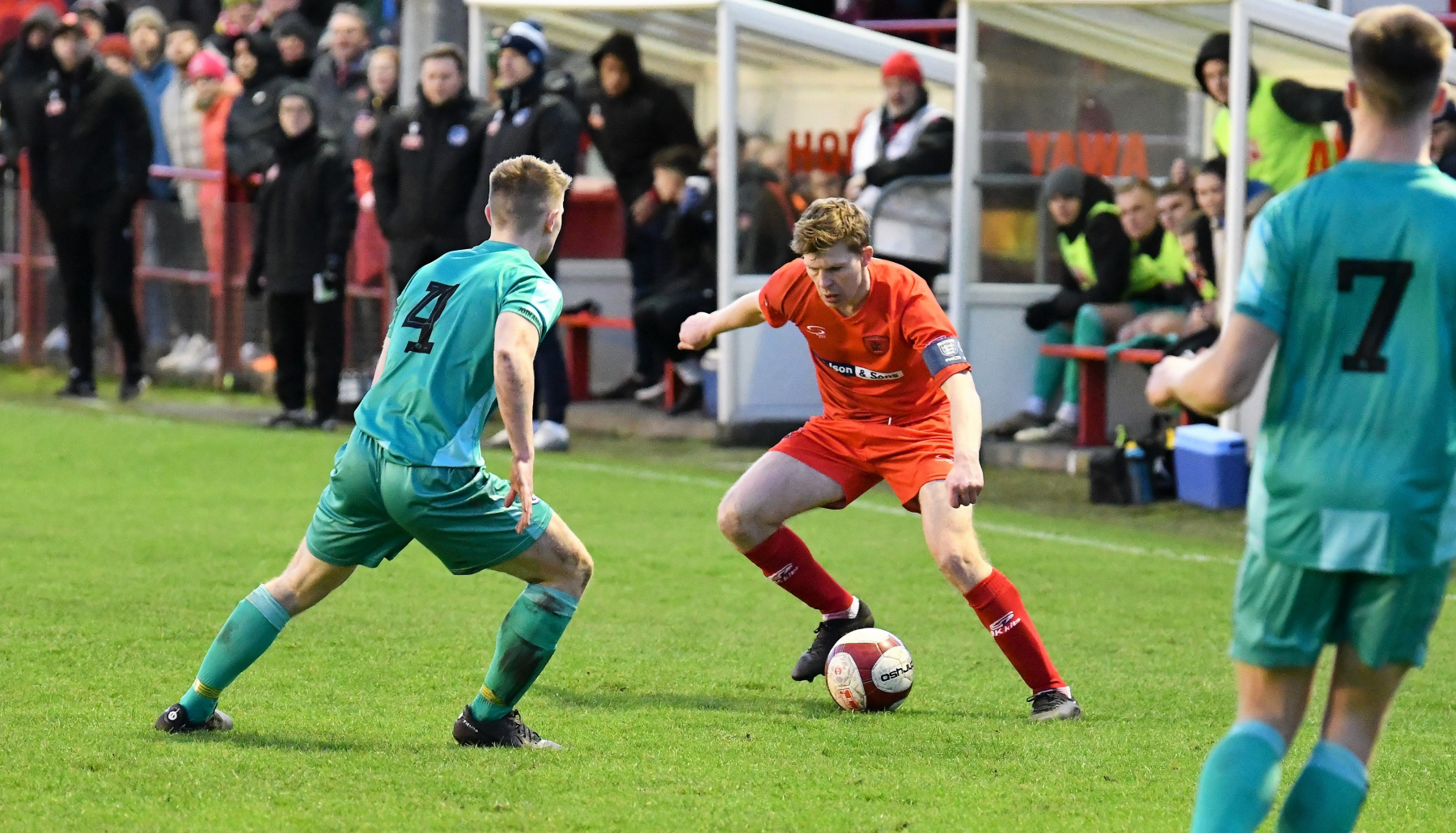