Always good and bad to emerge from most games buts lets touch on the positives first.

An 18th clean sheet was registered

Consolidated second place in the table with a 23rd league win

And the negatives, well once again we didn’t reach the fluency levels of Manchester City or Barcelona in their prime but how many teams do that on a regular basis? Oh, and the attendance was 300 down on the last home game.

Both matters a cause for concern but let’s be thankful for the boxes that are being ticked and on a regular basis!

The best defence in the league had to remain resilient early on with Colne forcing five quick corners, all of which failed to produce a break through.  Jim Atkinson did palm away a shot resulting in one of those corners but Colne never seriously threatened to convert good possession into a goal or two!

It was a good twelve minutes into the game before Reds fashioned their first opportunity and good work down the right from Reuben Jerome created an opening for Steven Rigg but he scuffed his shot and the ball drifted harmlessly wide of the target.

The game changer came in the thirty second minute and it was an incident Colne ‘keeper, Hakan Burton, will quickly want to forget.  His initial clearance was blocked by Jerome and, in the scramble to win the ball by both players, culminated in the custodian dragging his opponent to the ground, inside the area.

The referee immediately signalled the penalty just before Brad Carroll rolled the ball into the vacant net.  Had the man in the middle let play evolve for a few seconds, he could have awarded the goal and the goalkeeper might have been reprieved.

But the penalty was awarded, Burton was shown the red card and David Symington eventually converted the spot-kick, finding the bottom corner of substitute Daniel Thorpe’s net.

Without a recognised second goalkeeper on the bench, outfield player Dean Ing was sacrificed to make way for Thorpe.

Colne’s strategy changed from one of taking the game to the opposition to a damage limitation exercise and that suited Workington to a degree, although supporters then expect a flood of goals.

The deputy ‘keeper made early saves from both Carroll and Rigg, and appeared to be enjoying his enforced cameo appearance.

For a split second soon after the restart, it looked as though Atkinson might join Burton in the dressing room after needlessly getting involved in an incident which didn’t concern him.  Colne’s Aaron Taylor was booked for the robust challenge which prompted Atkinson’s response but, fortunately, the keeper escaped with a yellow too.

Carroll had the ball in the net a second time but the goal was rightly disallowed as the ball had gone out of play in the build-up.

The same played then saw a driven shot from the edge of the box clip the crossbar as Reds looked for a decisive second goal.

Rigg, Jerome and Thorpe were then involved in a bizarre incident on the goal line when, somehow, the ball stayed in play when a second goal beckoned.

But the points were secured in the eighty seventh minute thanks to a well worked set piece routine.  Symington sent a corner across from the right, Sam Smith headed back into the danger zone and Carroll got the goal he deserved with the final touch.

Carroll, Smith and Jerome delivered three big performances in a decent team effort as the season continues to excite and frustrate in equal measures. 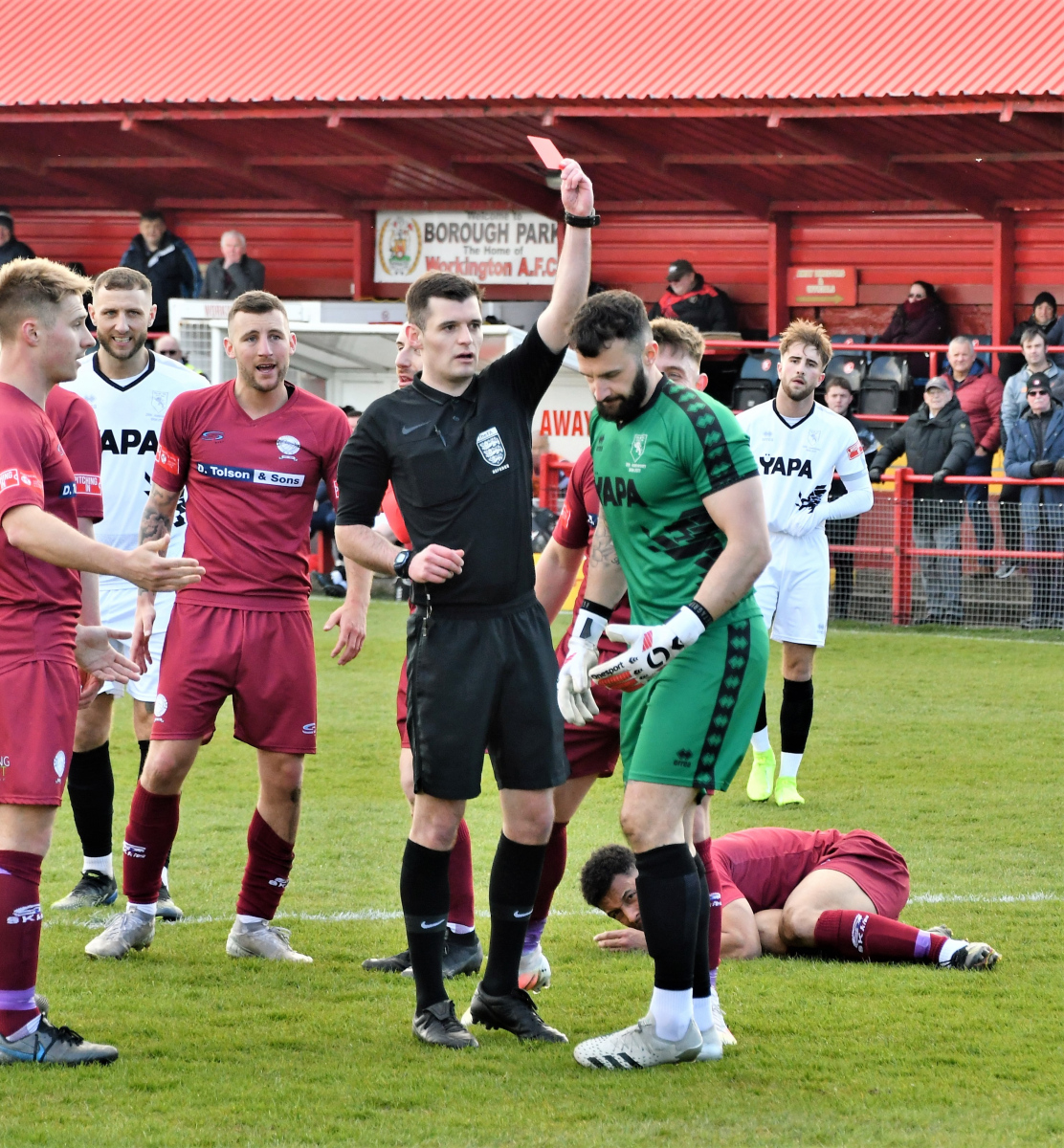 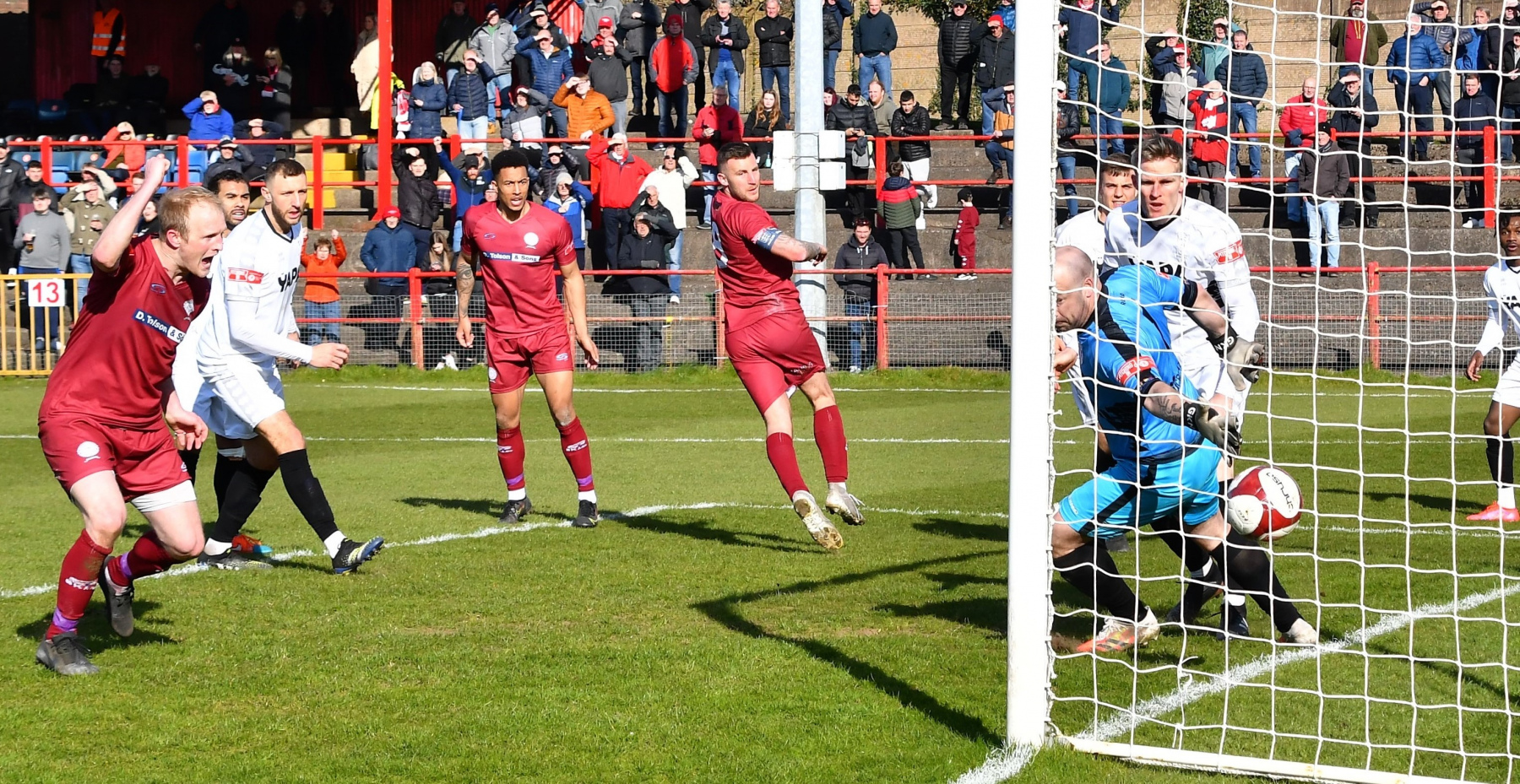 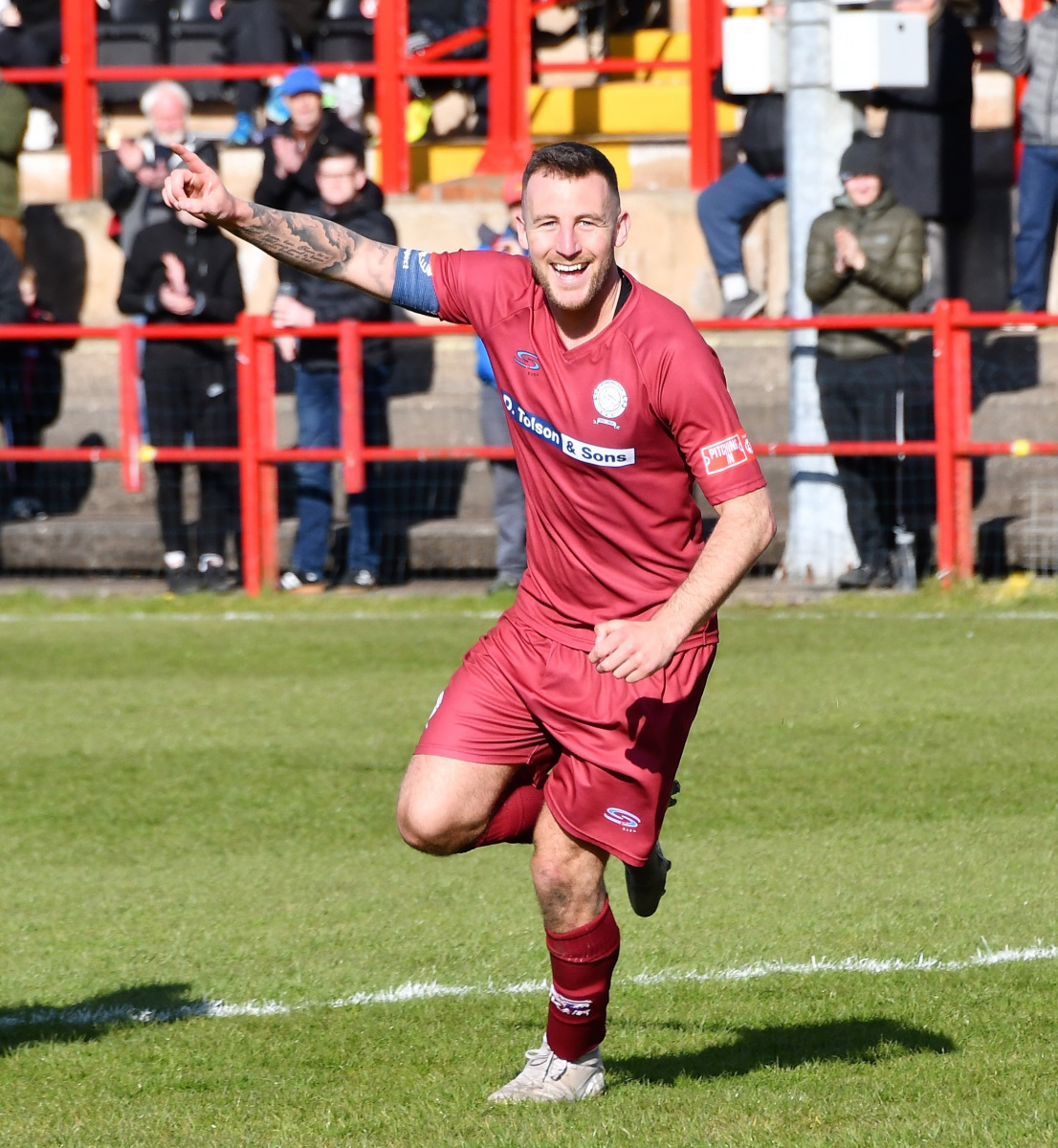 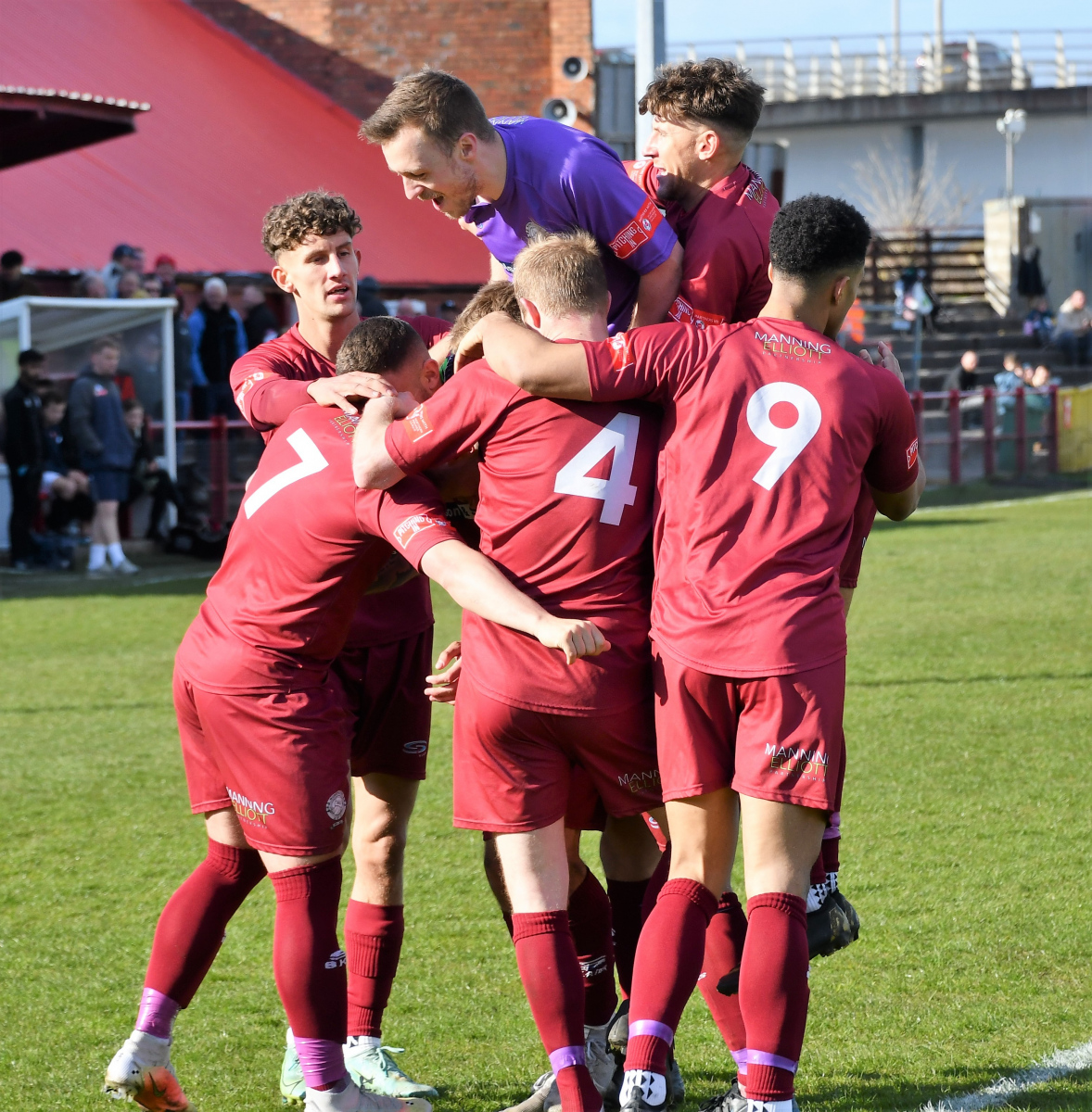 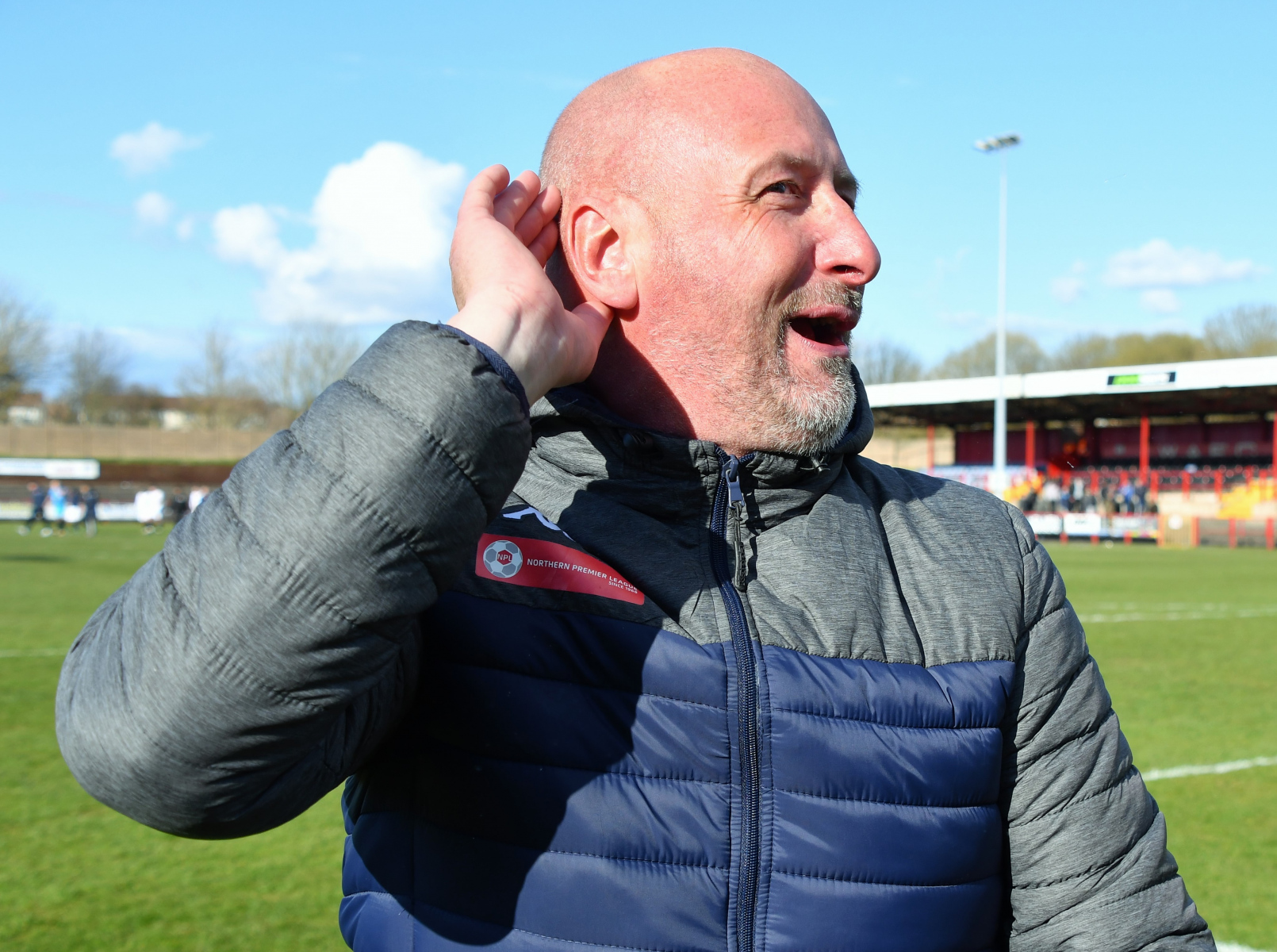