As dramatic finishes go, this one will live long in the memory.  Not so the actual performance, which was way off the mark in the first half, but more the pulsating finale which epitomised the undoubted character in the side.

Reuben Jerome had got Reds back into the game with a well taken equaliser ten minutes into the second half but his late, late winner was even better sending the supporters, young and old alike, into delirious celebration.

Reds were off the pace in the first half, second to the ball most of the time and generally well below par which enabled a good Clitheroe outfit to take a grip on the game.  In a half of few clear-cut chances, they had gone in front after twenty two minutes when Reds failed to deal with a free-kick.

Reds were too frenetic, lacked composure in front of goal and the half chances which came their way were squandered.

Manager Danny Grainger admitted afterwards that his half time address was not the usual calm and composed delivery and more a criticism of a first half performance simply not good enough.

And it got a response from the players who gradually clawed their way back into the game.

They were level ten minutes after the restart after a sublime assist from Conor Tinnion created the opening.  The skipper, fresh to the game after his introduction as a substitute, floated the ball into space and Jerome read the situation before emphatically sending the ball past the previously untroubled Chris Thompson.

Reds claims for a penalty soon after were ignored by referee, Helen Conley. Jerome was about to shoot for goal but ended up on the turf as play continued.

Clitheroe then squandered a good chance to regain the lead when the impressive Conor Gaul broke through but dragged his shot wide.

And as the second half elapsed without either goalkeeper having to make a save of note, it looked as though a draw would be the most likely outcome.  Clitheroe had certainly settled for a point, Reds were keen to convert one into three but couldn’t break down a solid back line.

Then, well into the time added on, Jerome took matters into his own hands with a brilliant winner.  He gathered the ball on the left and made progress infield before eventually sending the ball into the far corner of the net to spark wild scenes from the entire playing staff and the ecstatic home support. 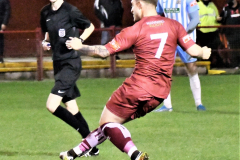 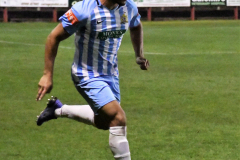 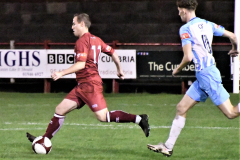 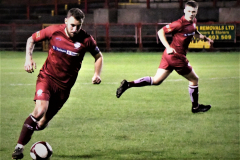 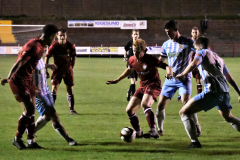 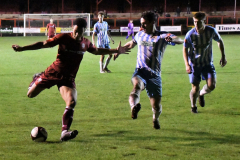 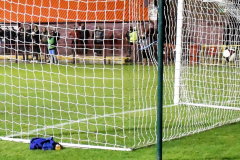 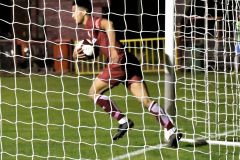 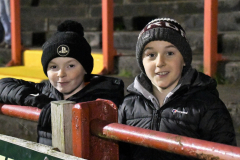 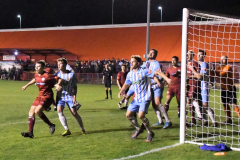 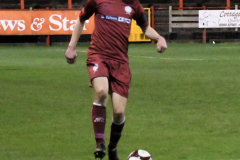 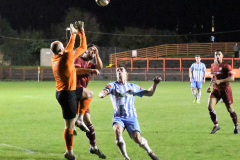 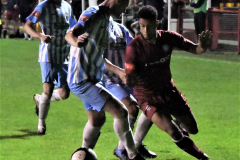 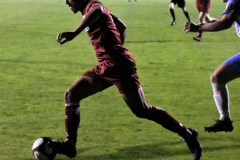 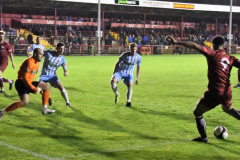 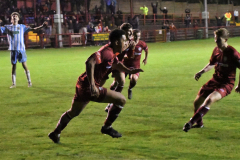 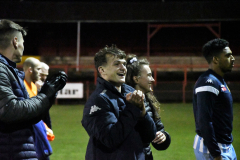 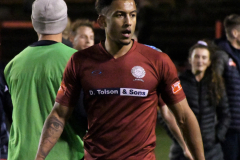 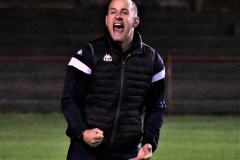