There was a touch of the unusual about this friendly, which saw Reds make their long awaited return to Borough Park.

For a start, there were probably more Workington lads in the Celtic squad than the home dressing room and who should churn out another impressive performance for Reds – it had to be Cleator Moor’s Jordan Little!

But another remarkable feature was how easily Reds brushed aside a Celtic side which normally provides much sterner opposition. Was it a case of Danny Grainger’s side hitting all the right notes or the fact that Celtic’s pre-season has been a bit stop/start.

Grainger, naturally, was well pleased with the homecoming saying, “I’m delighted with the way the lads applied themselves to the game, they moved the ball well and were clinical.”

Opposite number and former Reds Reserves boss, Craig Routledge, knows he won’t meet such quality in the North West Counties League but is also aware they have another month to work on their preparations.

Goals change games we know but it was an early miss which probably influenced the outcome of this one. Celtic’s Josh Charlton got behind Reds back line in the game’s first attack but he didn’t connect properly and Jim Atkinson easily prevented what could have been a shock opening goal.

In the ninth minute, though, the hosts capitalised on their first opportunity with Scott Allison cleverly dinking the ball over Craig Devine and into the net after being put in the clear from Brad Hubbold’s assist.

The ‘green and whites’ didn’t collapse at that point but the writing was on the wall mid-way through the first half when their former player, Little, toe-poked home the second when the visitors failed to deal with a Liam Brockbank corner.

Four minutes later he had another although his second was rather harsh on the Celtic defence. Brockbank’s wayward shot turned out to be the perfect pass for Jerome who reacted quickly to divert the ball past Devine.

The Celtic ‘keeper then made the save of the match to deny Louis Potts before keeping out another effort just before the break, thwarting Brockbank.

There was a surprise return for former reserve team player, Brandon Robertson, who was last with the club five years ago. He impressed throughout his forty five minute audition after his introduction as a second half substitute.

Ex. Workington player, Kieran Maguire twice, forced Atkinson into routine saves soon after the restart as Celtic tried to find a way back.

But Maguire’s next involvement wasn’t his best moment of the game. He felled Little at the opposite end of the pitch to concede an unnecessary penalty. That gave Jerome the opportunity to complete his hat-trick from the spot which he did after sending substitute ‘keeper, Grant Carson, the wrong way from twelve yards in the fifty-fourth minute.

Workington were awarded a second penalty on the hour when Robertson was fouled and Charlie Bowman’s first contribution saw him convert to make it six.

Potts got the goal he deserved after seventy-four minutes, blasting home into the roof of the net from twelve yards after good build-up play involving Bowman.

Celtic were pleading for mercy at this point but they were undone once again with a slick passing move which culminated in Robertson finishing confidently for Reds’ eighth.

There was still time for Little to score his second, Workington’s ninth, when he headed home in style at the far post after Jay Kelly’s supplied the cross.

Grainger’s next task will be to finalise his starting XI for the first competitive game and that won’t be easy with a competitive squad chomping at the bit! 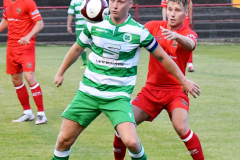 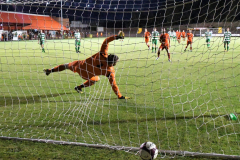 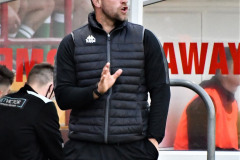 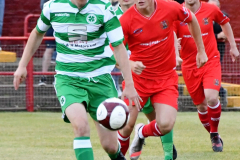 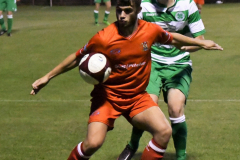 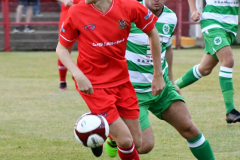 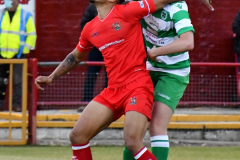 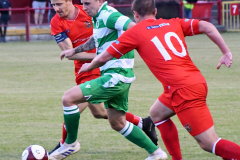 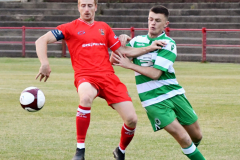 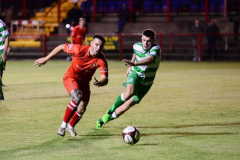 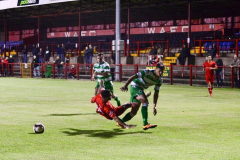 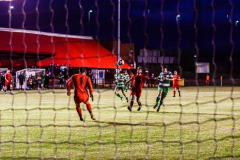 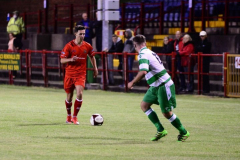 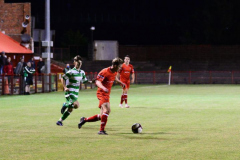 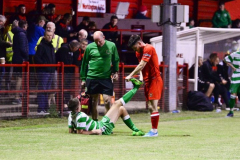 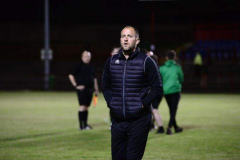 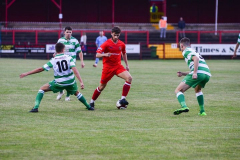 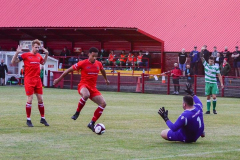 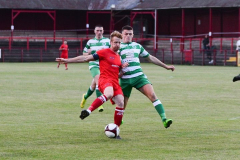 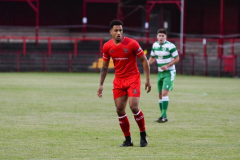 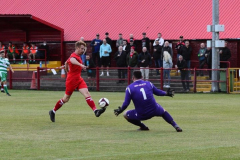 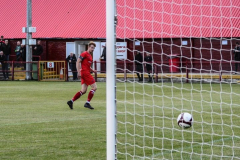 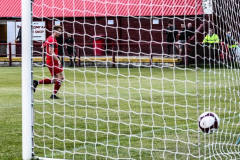