One point gained or two dropped?

Well, the majority of the home support went home frustrated and would suggest the latter after Reds dominated much of the game yet failed to breach a CoL defence that had conceded twenty-three league goals to date.

On the other hand, CoL were delighted with the point they gained and, from their perspective, mission completed successfully.

Goalkeeper, Ryan Hamer, made a nervous start and fumbled the ball two or three times during the early stages of the game.  But he got better and better as the minutes elapsed and, with the help of a determined defence in front of him, probably deserved his clean sheet.

An ironic twist to his heroics was the fact that he kept Reds at bay whilst playing in a borrowed Workington strip.  His normal outfit clashed with the home side’s colours so he played in a replacement kit.

It was a contrasting afternoon at the other end of the pitch with Jim Atkinson almost redundant with the few chances created by the visitors failing to hit the target.

David Symington scored probably his best goal ever in the previous meeting between the two sides but his accuracy was lacking on this occasion.  His first attempt at goal was wayward to say the least, the second was heading in the right direction but cleared the bar.

That set the tone for the afternoon with Jordan Palmer seeing a good effort drift narrowly wide of the target and Lewis Reilly seeing two attempts saved by Hamer.

Old foe Danny Mitchley saw an early effort veer wide of the target and he then set-up an opportunity for Max Allen who also missed from a good position.

It was more one-way traffic in the second half but, despite the domination, Reds couldn’t find a way through.

Dan Wordsworth headed narrowly wide from a Connor Tinnion corner then Reilly laid on a chance for Scott Allison whose shot was blocked by the in-form Hamer.

Allison was upended in the area in the seventy-third minute and the referee backed the home shouts for a penalty by pointing to the spot.  Reilly was the last player to convert a penalty, albeit in pre-season, but had one saved at Prescot earlier this term.

He placed the ball on the spot but Hamer blocked a poor kick.

The inquests then began on the terraces but let’s not forget that Messrs Rigg, Symington, Allison, Tinnion and Jerome have all missed penalties in the recent past.

Another corner, via Tinnion, was headed down by Sam Smith and Reilly, the only Mersey-sider in red, hooked the ball goal-wards only to see it hit the post with Hamer, for once, beaten.

The point, and favourable results elsewhere, saw Reds end the day in second spot, ahead of the eagerly awaited clash at leaders Macclesfield, extending the unbeaten sequence to seven matches in the process. 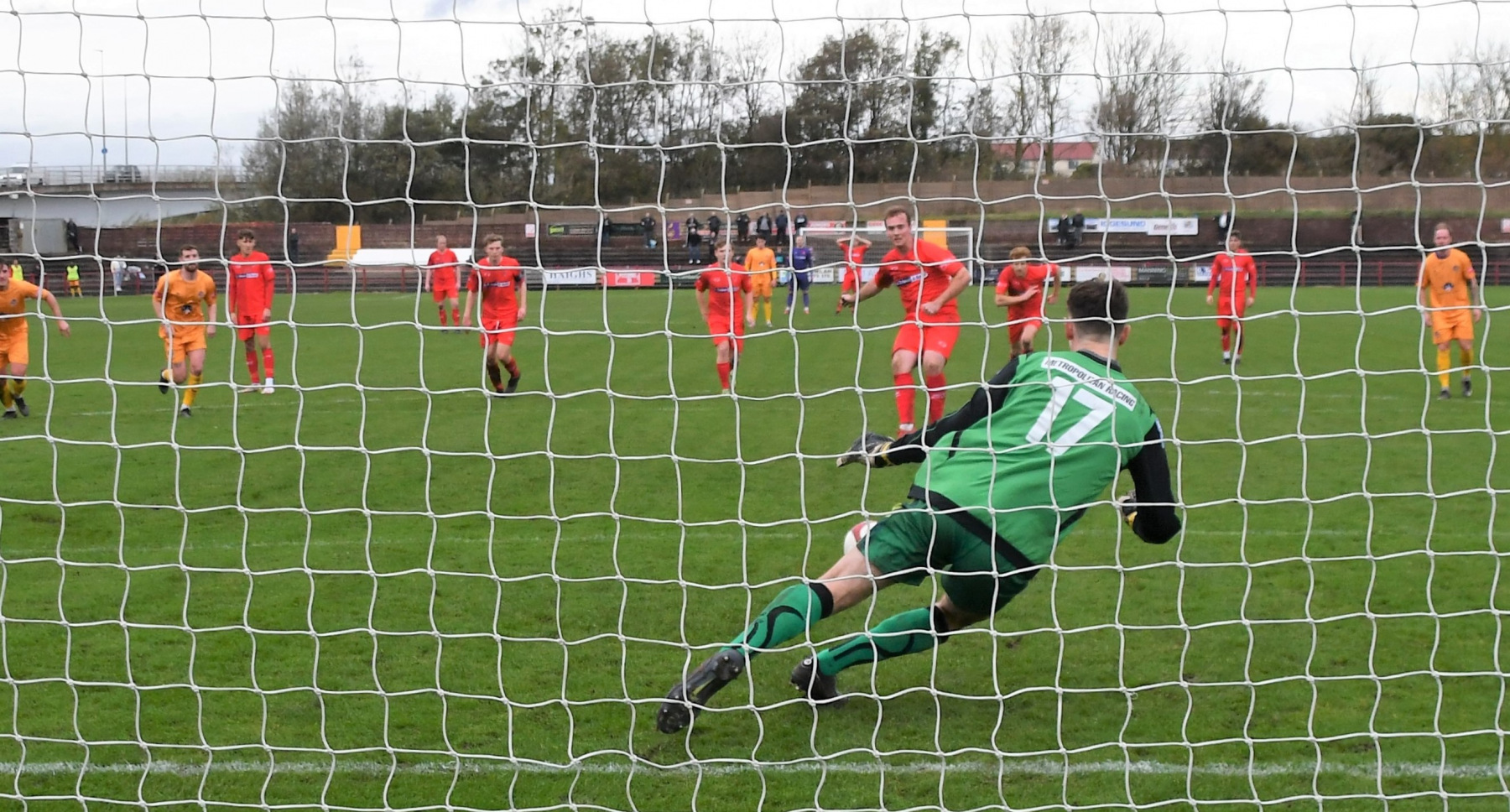 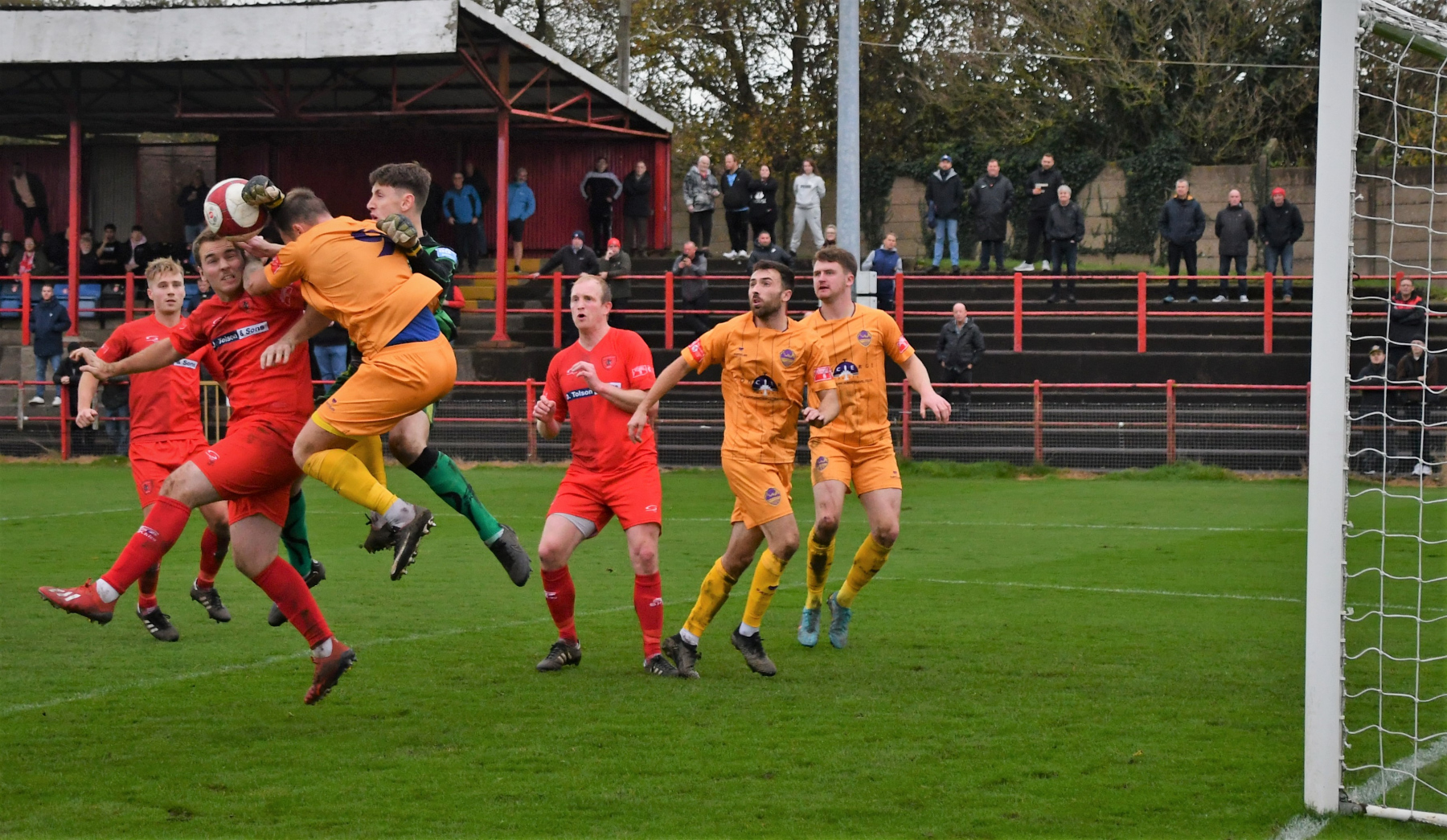 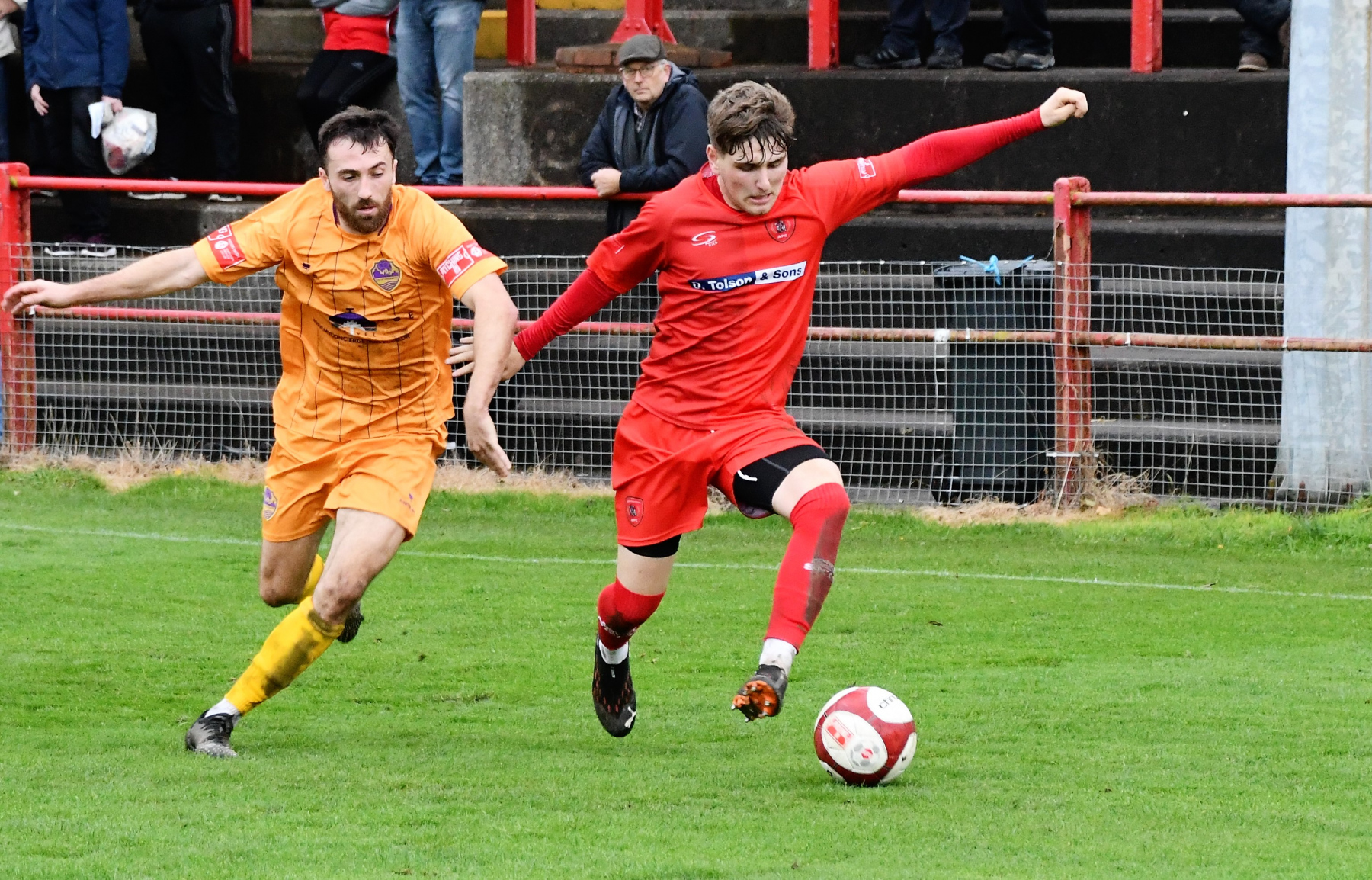 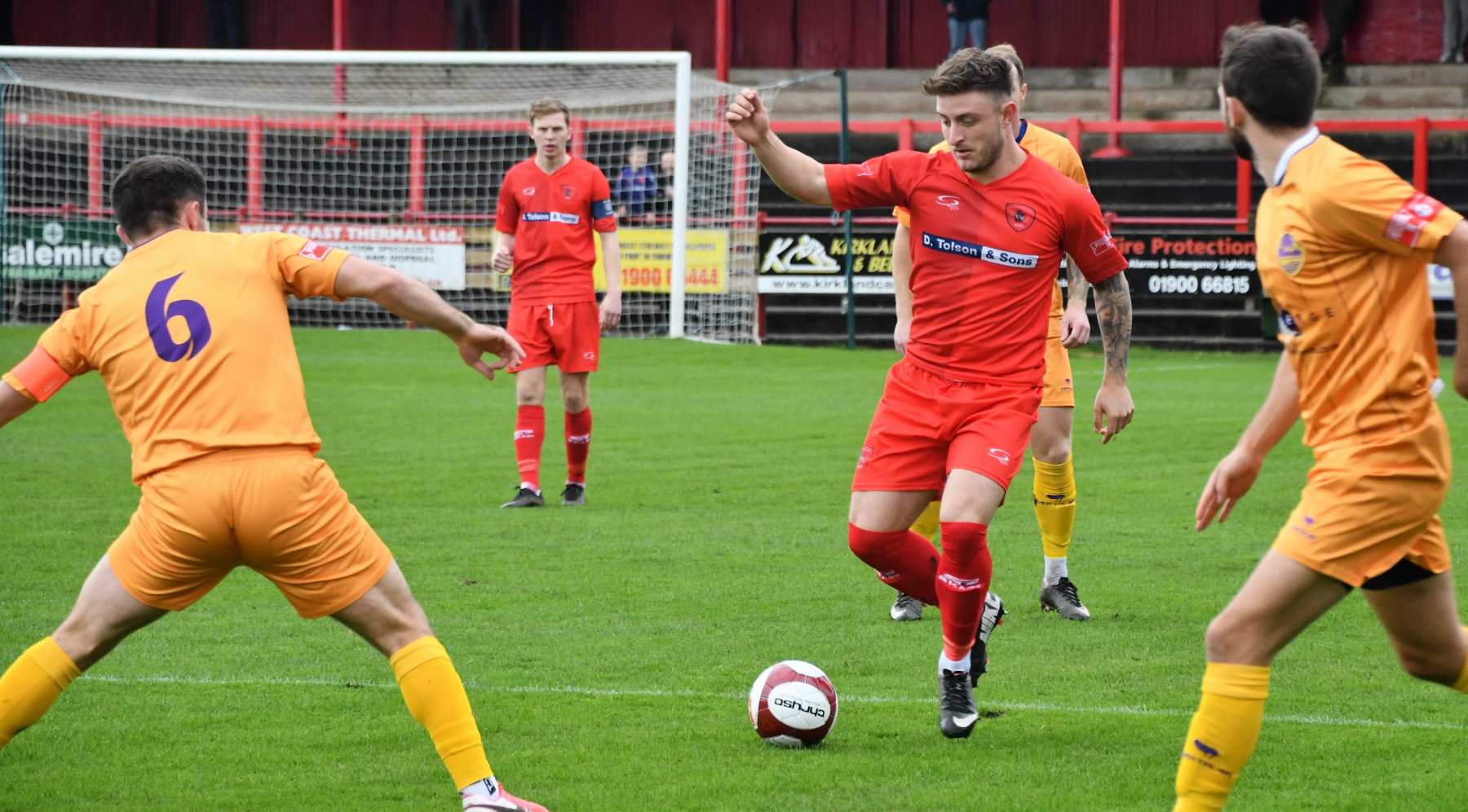 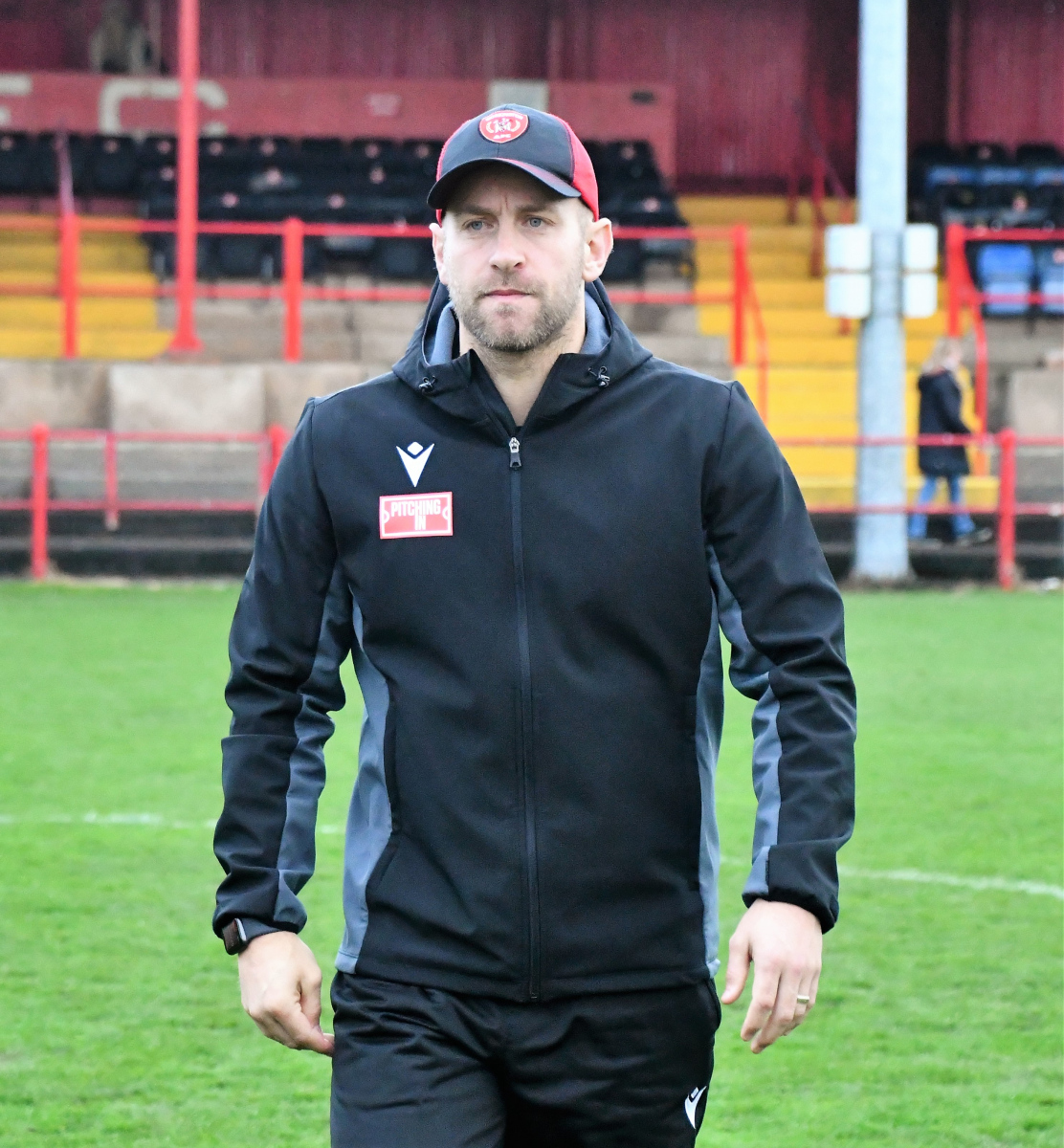 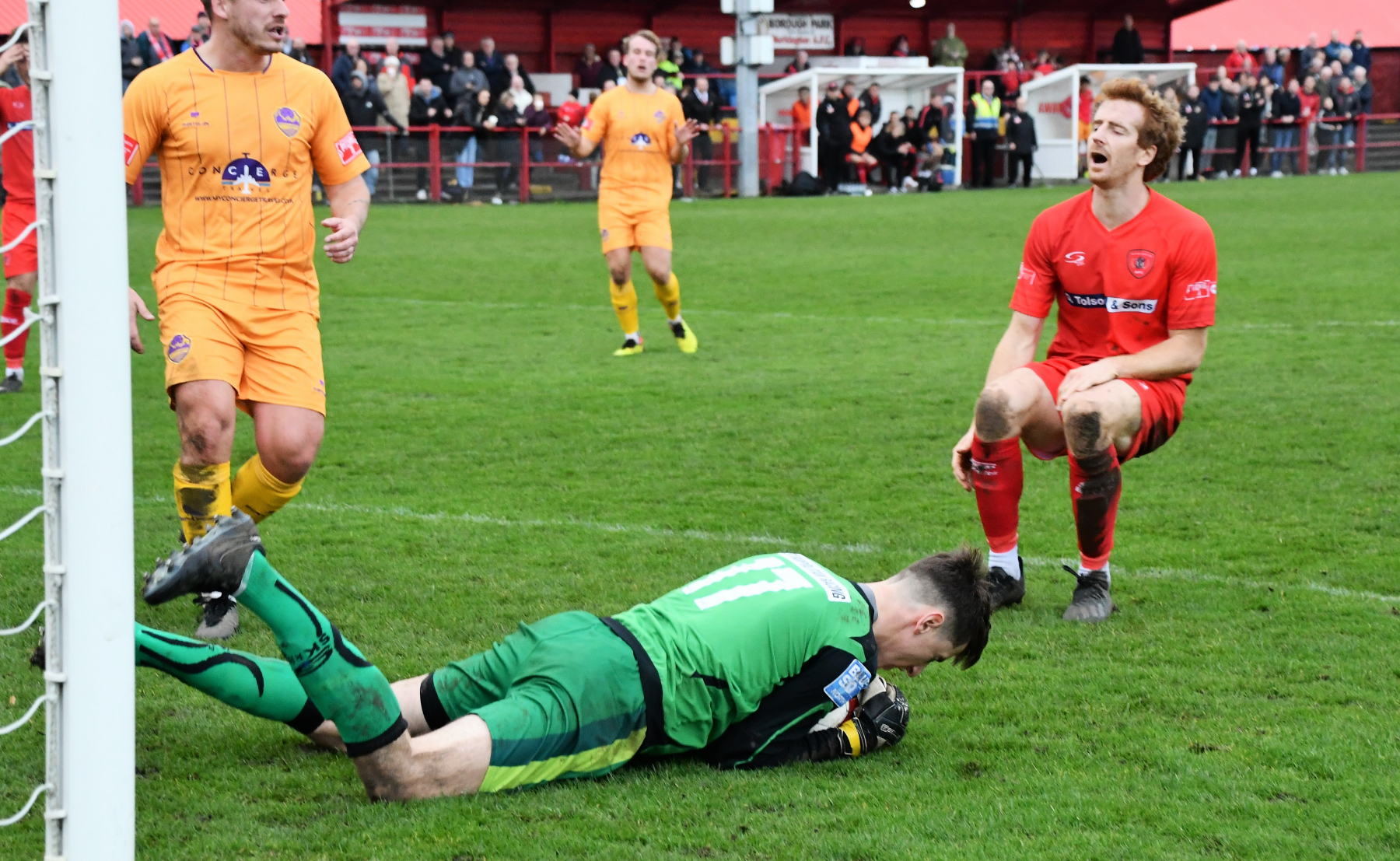 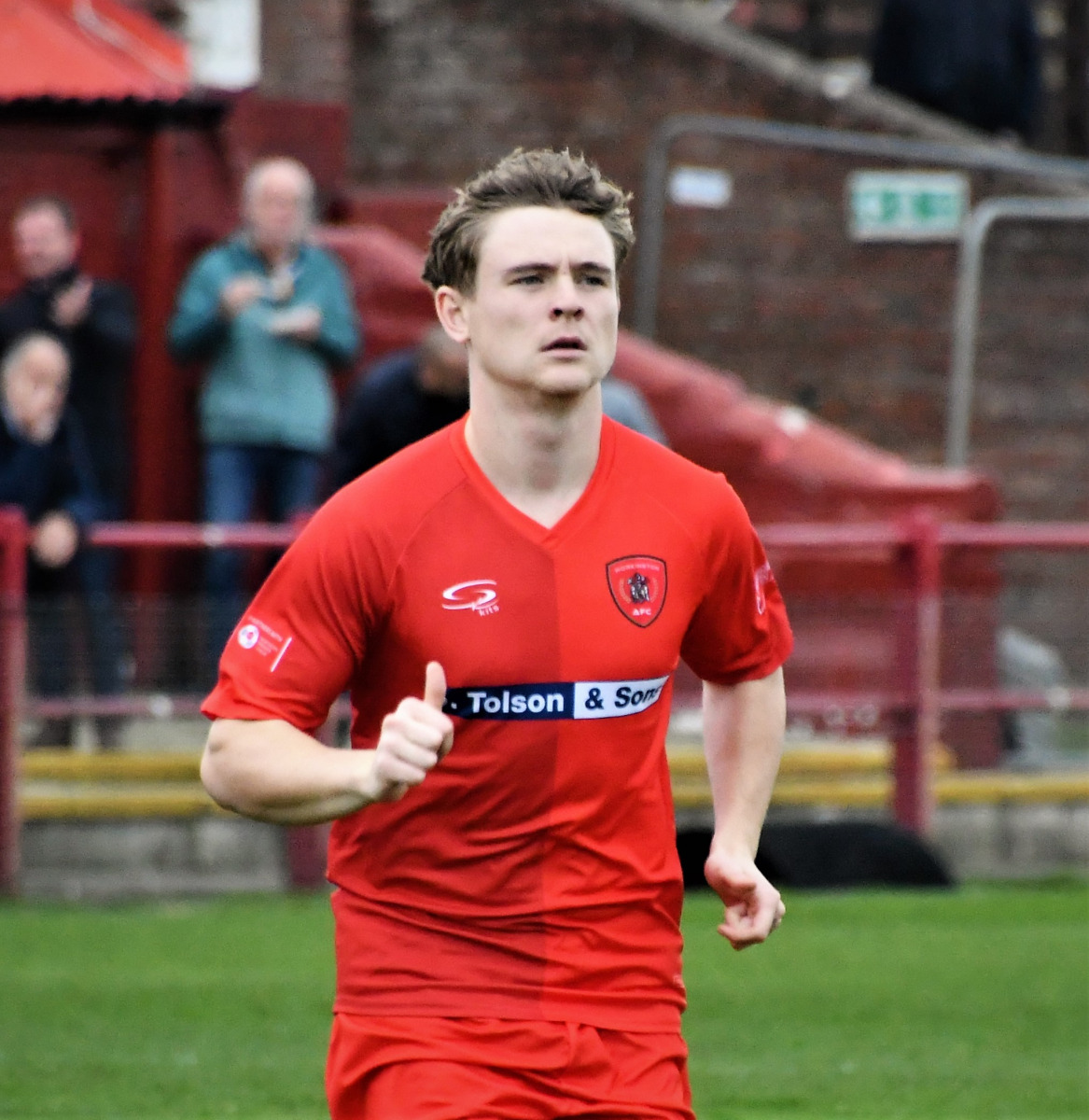