And with three players called up for first team duty it was a well earned point by the under-strength teenagers, “A creditable draw,” according to manager, Brian Dawson.

The hosts began well and ball retention was good despite the best efforts of a howling wind to disrupt matters.  They were rewarded with the opening goal, a fine solo effort from Tom Houghton.  He collected the ball in his own half, drove at the Northbank defence before finishing confidently.

But Northbank, with the wind behind them, started to gain control and two goals in quick succession from Connor Shields and Kevin McKenna saw them reach half time 2-1 ahead.

Soon after the restart, Reds were back in the game.  Taylor Hambling fired in a wind assisted thirty yarder to level the scores and the only surprise was there being no further goals.

It prompted a good spell from the hosts but a winning goal eluded them and they dropped their first points at home as Northbank proved resilient.

And when the Carlisle outfit fashioned a late opportunity of their own, Reds ‘keeper, Brodie Richardson, came to the rescue making a fine reflex save from point blank range. 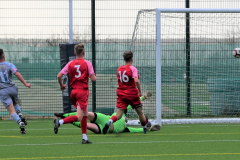 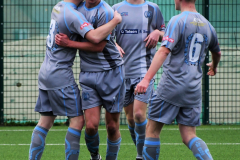 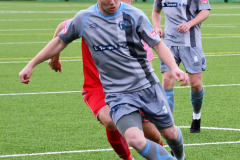 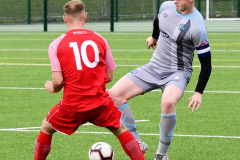 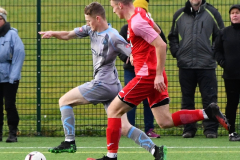 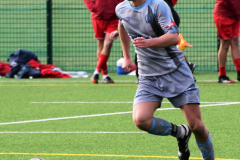 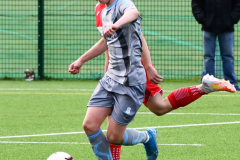 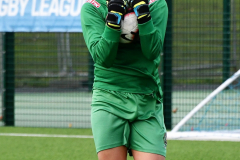 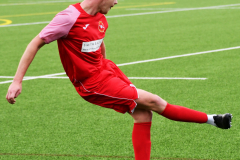 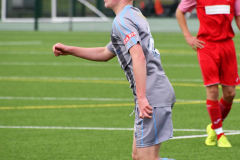 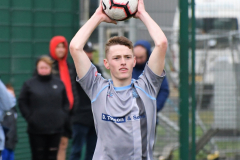 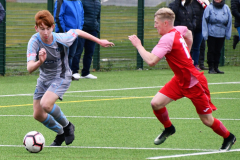 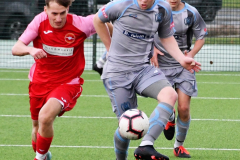 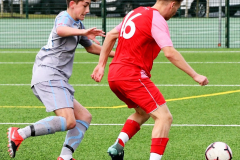