But having been outplayed during the opening forty five minutes, when the contest was effectively won and lost, they showed great character in the second half and were more like themselves.

And, although the sublime consolation goal they scored near the end was in vain, it was one of several positives to take from a ninety minute learning experience.

Celtic had Reds penned back for long periods early in the game which saw the hosts starved of possession and guilty of self inflicted defensive problems.  In trying to play their way out from the back, Scott Paden-Gale was given few options by his colleagues and Jay Weatherill nipped in to score the opening goal after eighteen minutes.

The visitors doubled their advantage after twenty three minutes thanks to a fine finish from the edge of the box by Celtic ‘skipper, Tom Mahone.

Paden-Gale atoned for his earlier mistake with two fantastic saves to keep the score line respectable.

But a third goal was conceded two minutes before the interval.  Mahone turned provider on this occasion with his corner met at the near post and flicked into the net via Tom Ward’s neat header.

Reds left the field looking dejected but returned in better spirits for the restart.

They moved the ball better, retained it for longer and passed it more accurately and, after a tactical switch, looked more solid in defence.

Yet it was the visitors who bagged a fourth goal mid-way through the second half with Mahone guiding the ball beyond Brodie Richardson after Ryan Hall’s good work in the build-up.

Even allowing for their first half deficiencies, a four goal margin was tough on Reds but they stuck to the task and deserved the eighty third minute consolation and an excellent effort it was too.  Matty Foster broke through the green and white rearguard and, as Grant Carson advanced off his line, the seventeen year old sent a measured chip over the ‘keeper and into the net as captured by Ben Challis’ excellent photograph.

Obviously, it was too little, too late but did restore some of their self belief.

Brian Dawson was honest about his team’s performance commenting:

“I thought we looked nervous early on, our ball retention was poor and Celtic capitalised on this and punished our mistakes.

“We were much happier with the second half performance,” he said, adding, “the lads were braver in possession and with better decision making in the final third, the end result might have been closer.”

“It will prove a good learning curve for them,” he concluded. 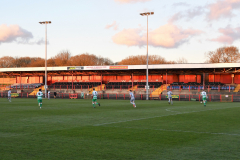 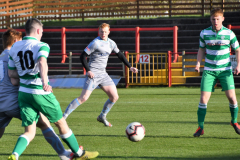 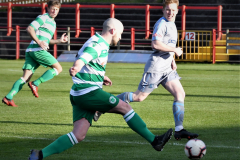 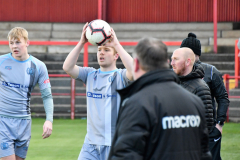 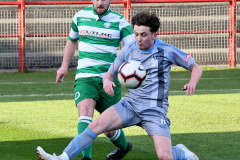 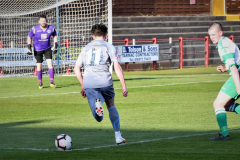 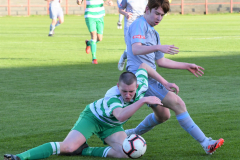 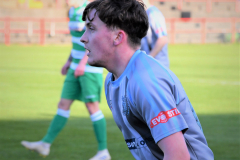 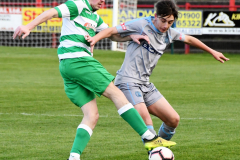 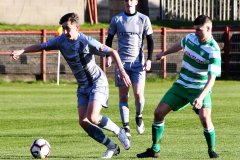 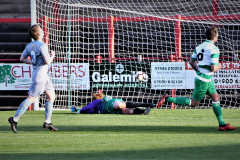 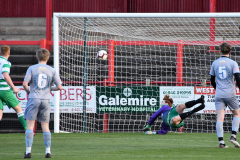 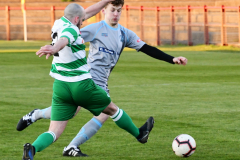 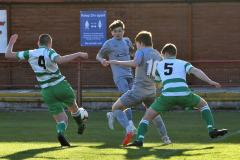 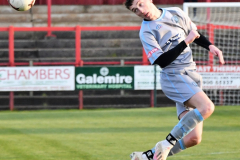 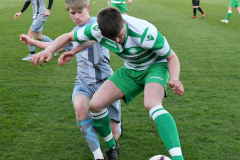 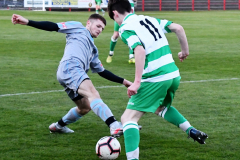 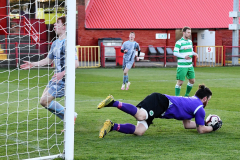 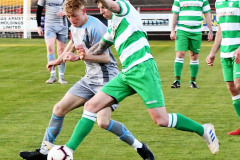 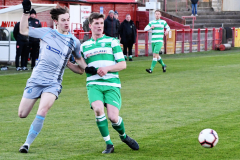 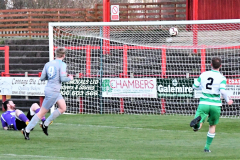