It was a low-key return to Borough Park for an experimental Reds line up and their supporters post lockdown 2.

They were far from impressive in this local derby and the fact that Penrith never looked capable of winning left both managers with plenty of food for thought.

The coaching staff normally takes more from these games than the fans but ninety minutes of tepid action left more questions unanswered than resolved.

Of more concern, though, was the damage inflicted to the pitch.  After all the remedial work and tender loving care to the playing surface, not to mention a healthy budget, it was  worrying to see its condition afterwards.

To the action, and a goal after ten minutes should have been the catalyst to an entertaining contest but it never materialised.

Reuben Jerome was on hand to score from ten yards after a mishit Brad Carroll shot deflected conveniently into his path.  With Luke Miller and Kyle May grounded, Jerome was able to score with ease.

Could Reds build on that encouraging start or would Penrith respond accordingly?  The answer to that doubled tiered question was no and it wasn’t until the half hour mark that the next attempt on goal occurred.

Matty Coombe struck a firm shot goal-wards and Jim Atkinson dived to his left to push the ball away.

The highlight for the home support came in the sixty-third minute when a clever passage of play saw Reds double their lead.  Conor Tinnion’s disguised pass split the Blues’ defence and found Jerome in the clear.  He flitted around Stu Forrester before rolling the ball into an empty net.

By then, most of the eleven substitutes had been employed with only Aidan Howarth, Brad Hubbold, Jordan Holt, Charlie Bowman and Matty Clarke completing the ninety for Reds.

It was also good to see many Penrith players with Reds connections returning to the fold particularly Kyle May, Adam Main and Kingsley Grandison and their manager, David Hewson..

And it was another ex. Red, Max Brown, who netted Penrith’s gift-wrapped reply a quarter of an hour from time.  Receiving the ball from Michael Williamson, he spotted Atkinson out of position and there was enough power and accuracy in the shot to guide the ball into the deserted Derwent End goal.

Williamson had been involved in Penrith’s ‘long-distance’ goal and decided to have a go himself but Reds’ substitute ‘keeper, Mikey Watson, was in place to gather the ball comfortably. 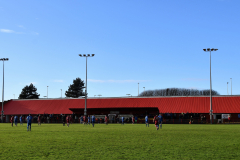 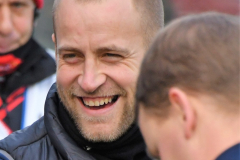 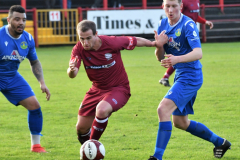 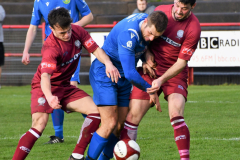 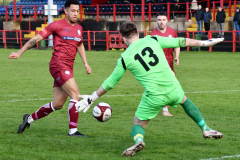 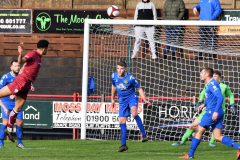 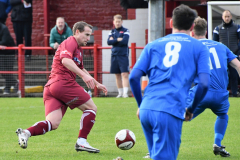 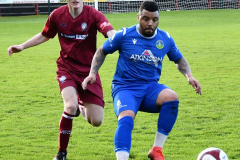 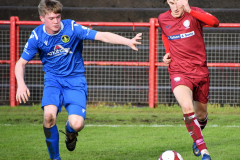 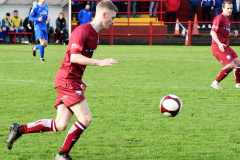 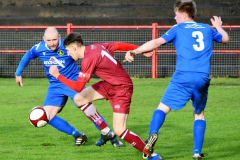 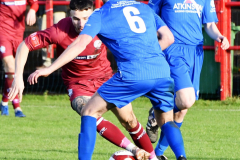 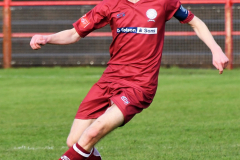 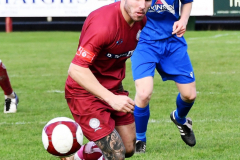 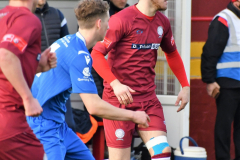 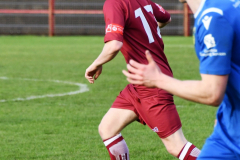 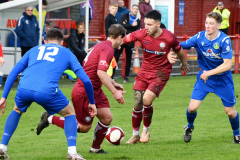 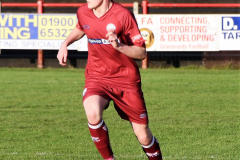 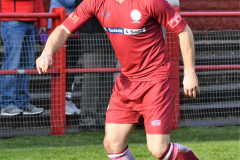 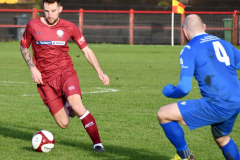 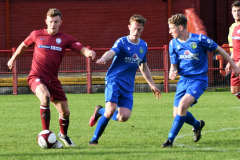 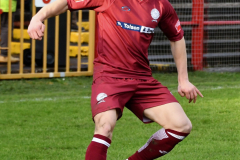 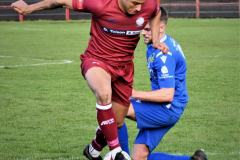 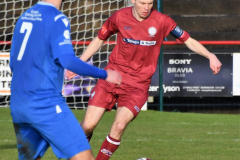