The beaming smile on Morgan Bacon’s face at the final whistle told the story of a rare goalless draw in this particular Cumbrian derby.

The Kendal ‘keeper shipped six goals in the corresponding fixture in February but emerged with a deserved clean sheet on this occasion to frustrate the life out of Reds and their large travelling support.

He made a string of fine saves – some in the spectacular category, others more routine – as Workington’s stuttering start to the season continued.

It was almost as one-sided as the six-nil game a month before lockdown, particularly, in the second half, but Reds’ hangover from last season is a concern.  Manager Danny Grainger hinted at an identity crisis within the team as they struggle to replicate the style which served them so well last term.

“We weren’t good enough today, simple as that,” he said, adding, “I think we have got away from what we were, not keeping the ball and being patient in possession and becoming more direct and hoping things will happen.  The players are becoming too predictable where normally we are more fluent and possession based and that’s something I need to look at as a manager,” summing up his frustration.

One goal would have made all the difference to the post match gloom but Bacon and his defensive colleagues probably deserved their moment of glory because of their dogged resilience.

Scott Allison, failed to score for the first time this season but a first half shot hit the foot of Morgan’s post and a header in the second skimmed the cross bar and that was the story of the afternoon – poor finishing, near misses, goal line clearances and good goalkeeping.

Reuben Jerome had a shot saved at the near post and then Brad Carroll played a neat one-two with Allison only to drag his attempt wide of the target.

Town player manager, Chris Humphrey, was guilty of an equally poor finish when he broke through to squander the home side’s one decent chance of the game.

And the most spectacular save in Bacon’s repertoire ensured Kendal reached half time without conceding.  Brad Hubbold delicately chipped the ball into the danger area from a corner which Sam Smith met with a well timed volley only for the ‘keeper to palm away.

The second period saw Reds camped in the Kendal half of the pitch with Jim Atkinson redundant and a lonely spectator at the other end.

But the chances came and went at regular intervals.

Carroll had one effort comfortably saved and sent another over the bar, Dan Wordsworth also scooped two chances over the bar and saw a header saved on the line by Bacon who also thwarted Jerome and Jordan Holt.

And even when the ‘keeper was beaten his defenders came to the rescue with Seydou Bamba clearing a Smith shot off the line and Charlie Barnes coming to his aid soon after.

The final whistle was greeted with a mixture of elation and a sense of underachievement, Kendal celebrated their first point and clean sheet for some time whilst Reds left the field downcast knowing that two points had been thrown away.

Final words came from the eloquent Humphrey, the upbeat Kendal boss, “I’m so proud of them and couldn’t have asked for more.  They gave me everything, my goalkeeper, the back four and the midfielders have all put their bodies on the line to get the draw.” 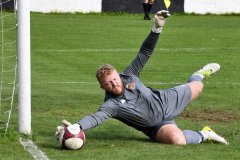 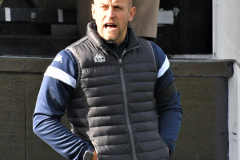 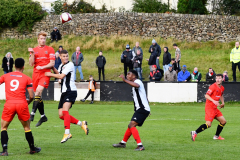 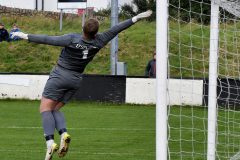 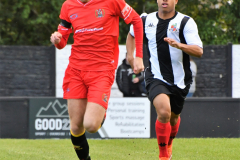 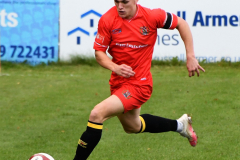 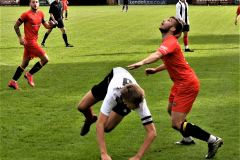 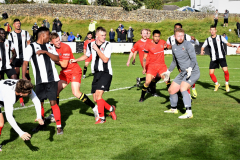