On a day of bumper attendances in the Northern Premier League, Parkside Road hosted a seven hundred plus crowd for the first Cumbrian derby of the season. The bulk of those had come over the hills from the west of the county and, at two minutes past three, were probably regretting being part of Reds’ best away following of the season.

At that point, Workington were a goal down with Scott MacDonald giving the hosts a shock lead with just sixty five seconds on the clock. He got goal-side of Reds’ back line, held off the challenge and calmly placed the ball between the post and the body of Danny Eccles.

There were some audible cheers from the Kendal support but a stunned silence from the travellers.

It was tough start for Eccles who was drafted in for just his second league appearance of the season to cover for the injured Jim Atkinson. Chris Willcock had been forced to re-shuffle his starting XI at the eleventh hour, first when the regular ‘keeper confirmed a troublesome back injury and then through Covid related absences when Dav Symington and Nic Evangelinos were forced into isolation.

But before the army of away followers had digested their Christmas turkey and copious amounts of pre-match alcohol, Reds were back in the game – Kendal’s advantage lasting all of four minutes.

Conor Tinnion clipped a corner into the danger area and Kyle Harrison rose highest to head home his first goal for the club. It was fitting that those two should combine to get the revival underway, as they were influential throughout.

And although Reds dominated possession for the remainder of the half, they failed to breach Town’s inexperienced defence again.

Tinnion took advantage when two Kendal defenders dithered to head the ball but, once in the clear, he delayed his shot and James McCleneghan saved well to avert the danger. The latter then dealt comfortably with Sam Smith’s header, via a Tinnion free-kick, and held on to a well struck Brad Carroll shot.

Eccles was tested within seconds of the restart but confidently caught Akiel Raffie’s effort from distance.

Steven Rigg’s two well taken goals after fifty-eight and sixty-six minutes rubber-stamped Reds superiority and paved the way to a thirteenth win of this hitherto successful campaign.Rigg’s first, a goal-bound shot which took a slight deflection, found the bottom corner of the net – a touch fortunate perhaps, but definitely his fifth goal of the campaign so far.

His second of the afternoon, and sixth of the season, was the end product of a great move down the right. Connor Gaul and Harrison linked together well and the latter scooped a cross into the area which Rigg met superbly to power a header beyond the helpless McCleneghan.

Gaul and Brad Hubbold attempted shots from outside the area but neither trouble the Town ‘keeper.

As it is the season, the game even had a pantomime villain with Town’s Gary Basterfield doing his best to upset all and sundry – oh yes he did! He picked up a yellow card, as did colleagues Billy Batch and Sam Braithwaite, along with Reds’ Harrison.

The result maintained second spot for Reds in the table but, of more concern, is Town’s position of second bottom, now looking rather precarious.

There was no shortage of spirit on their part but they now need favours from others, not to mention a sequence of victories and a few snookers! 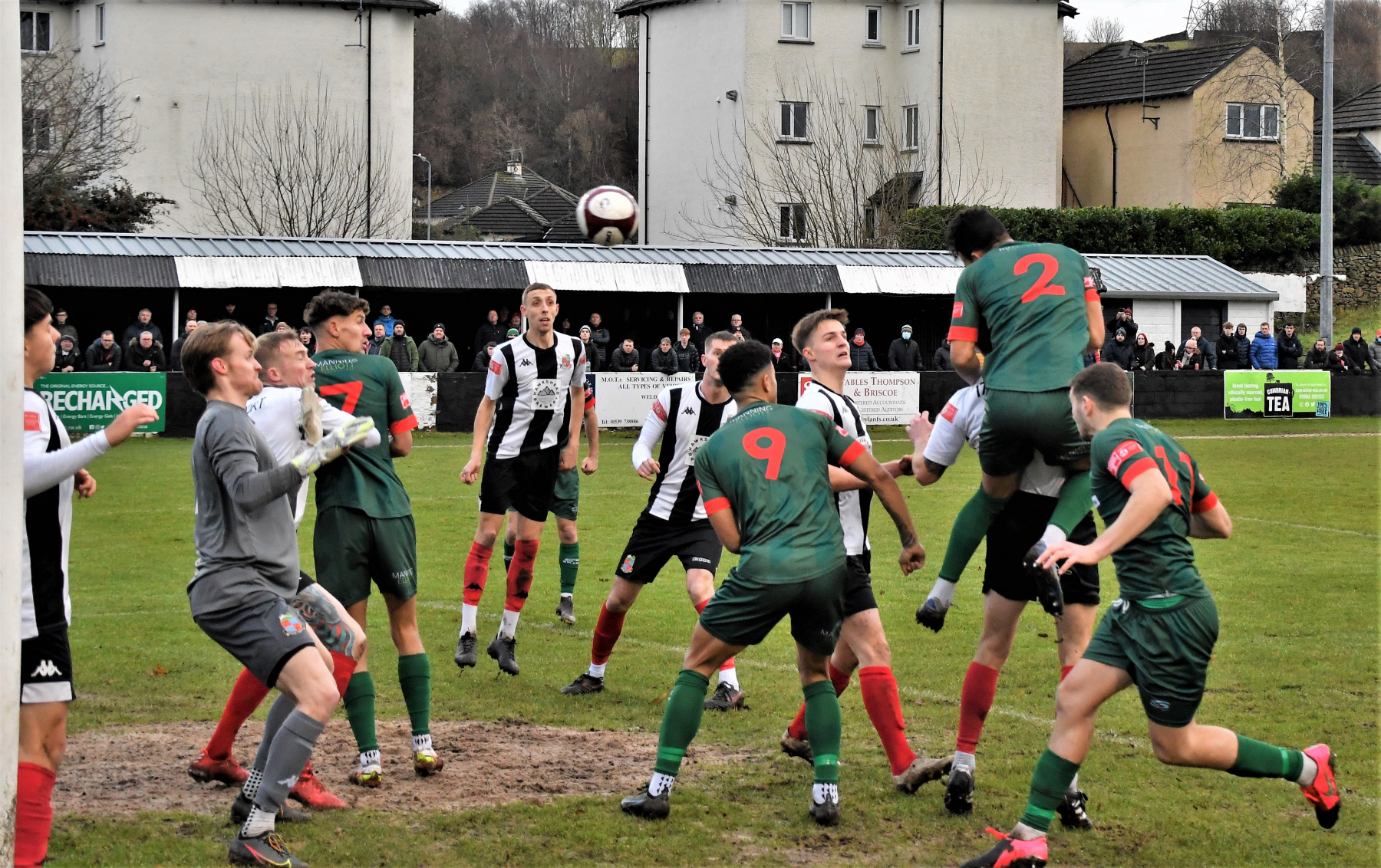 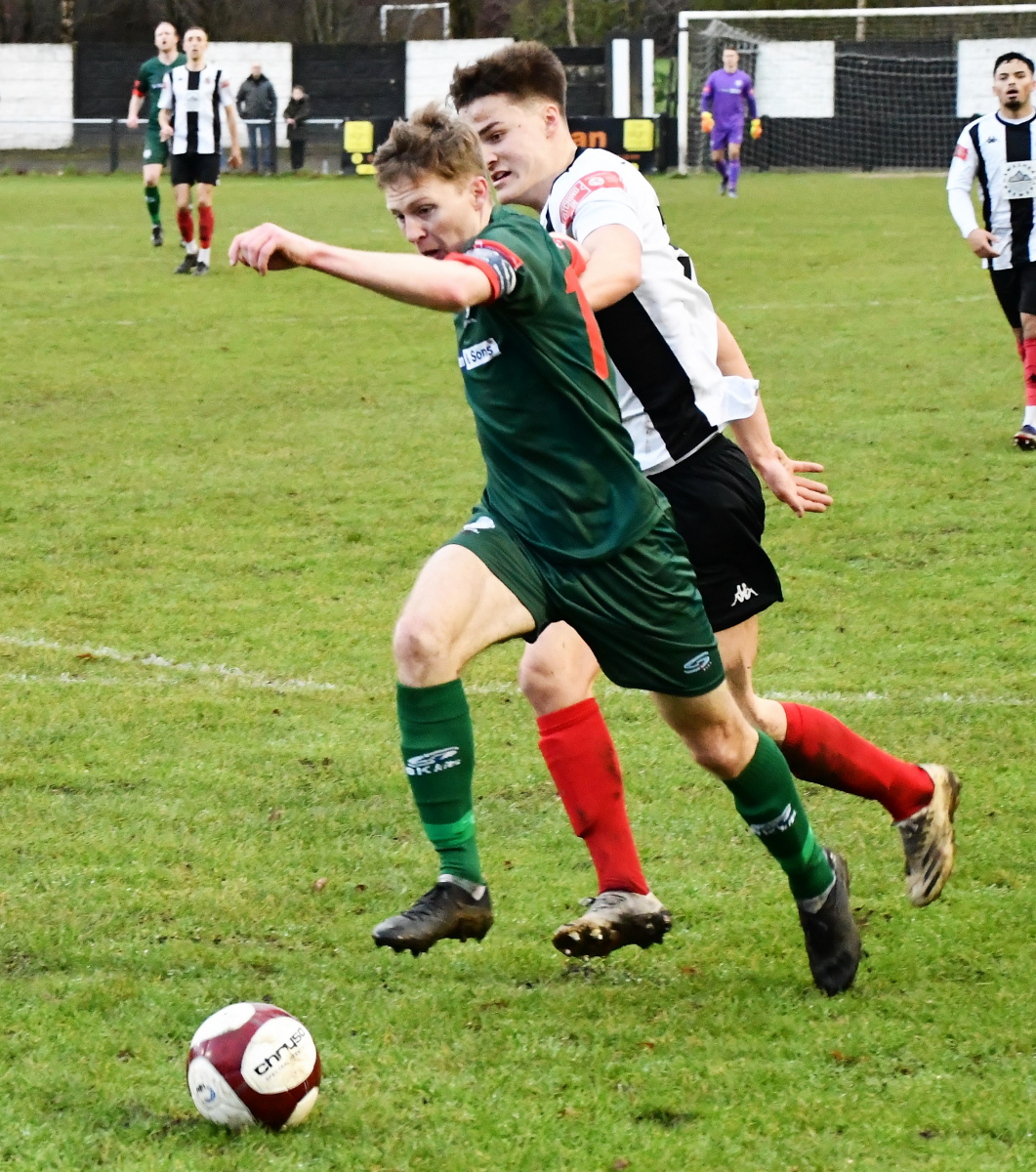 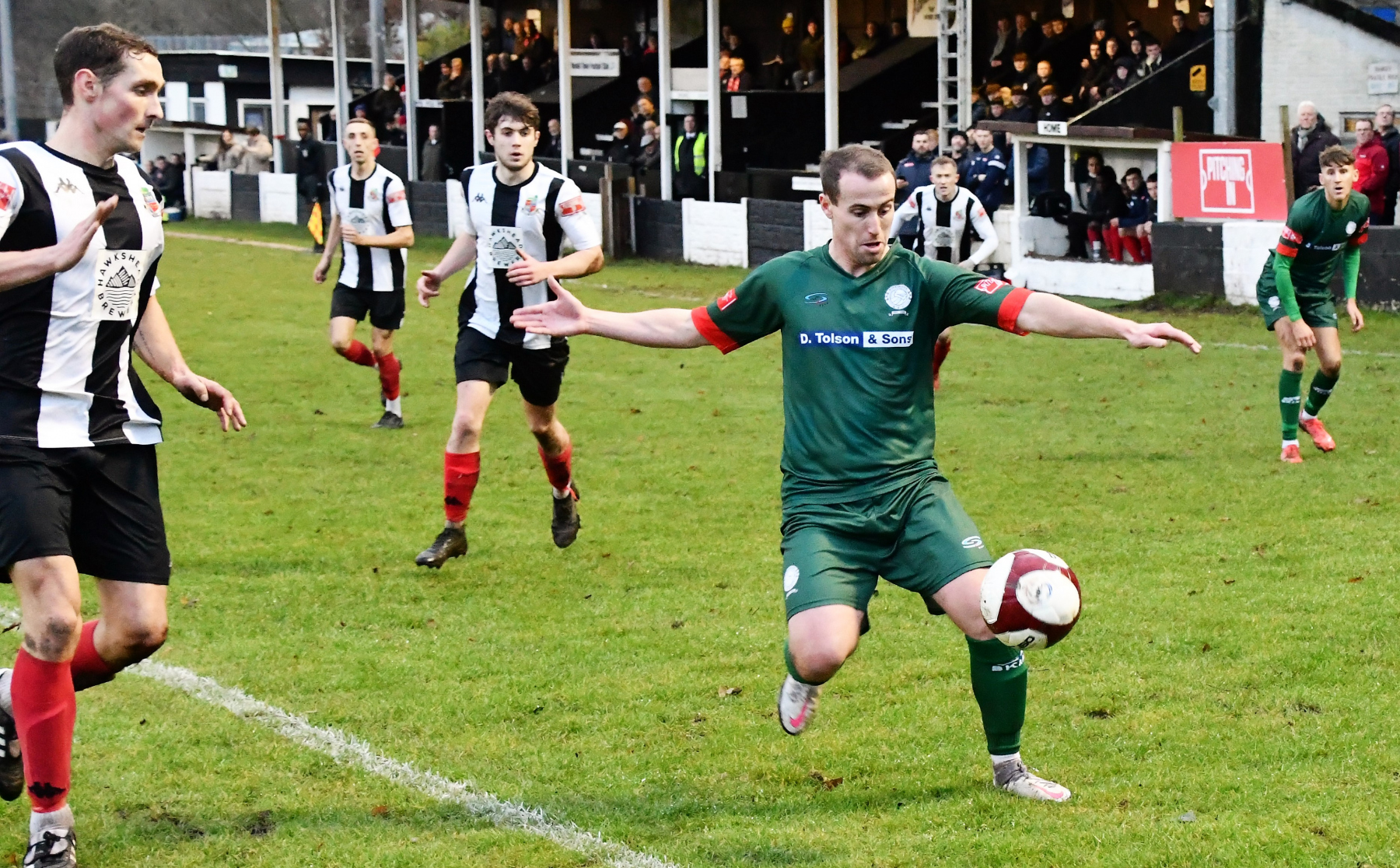 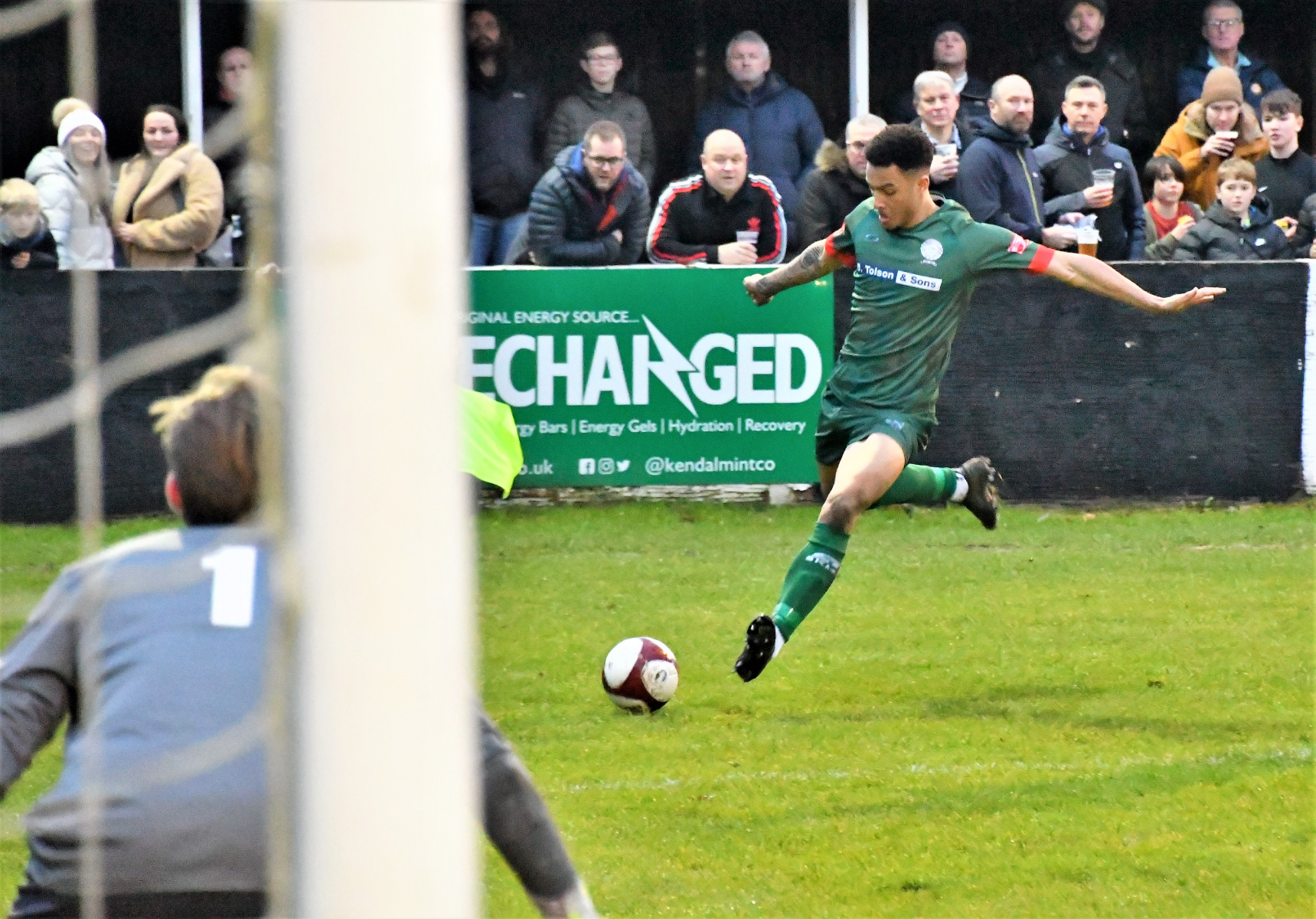 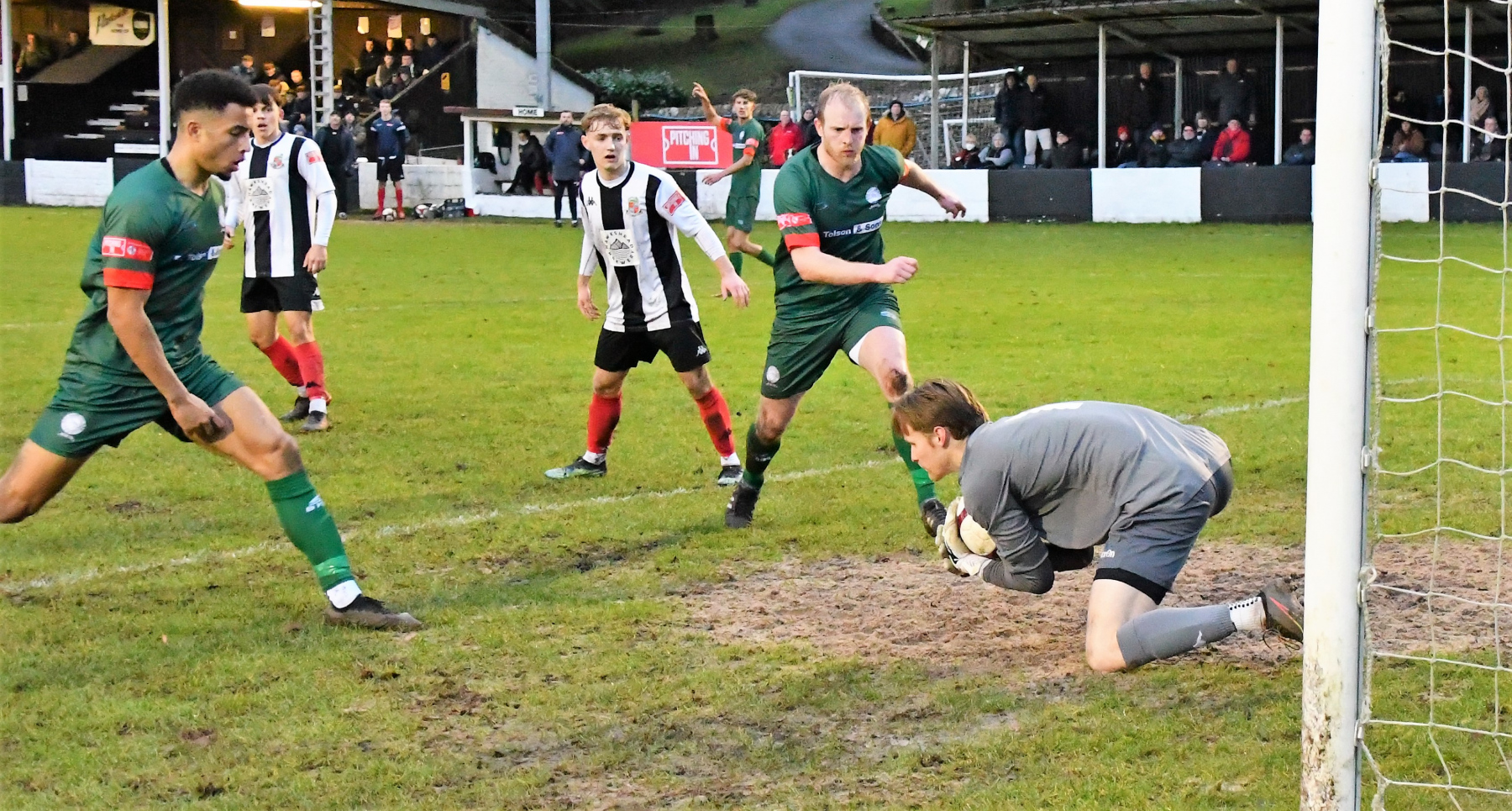 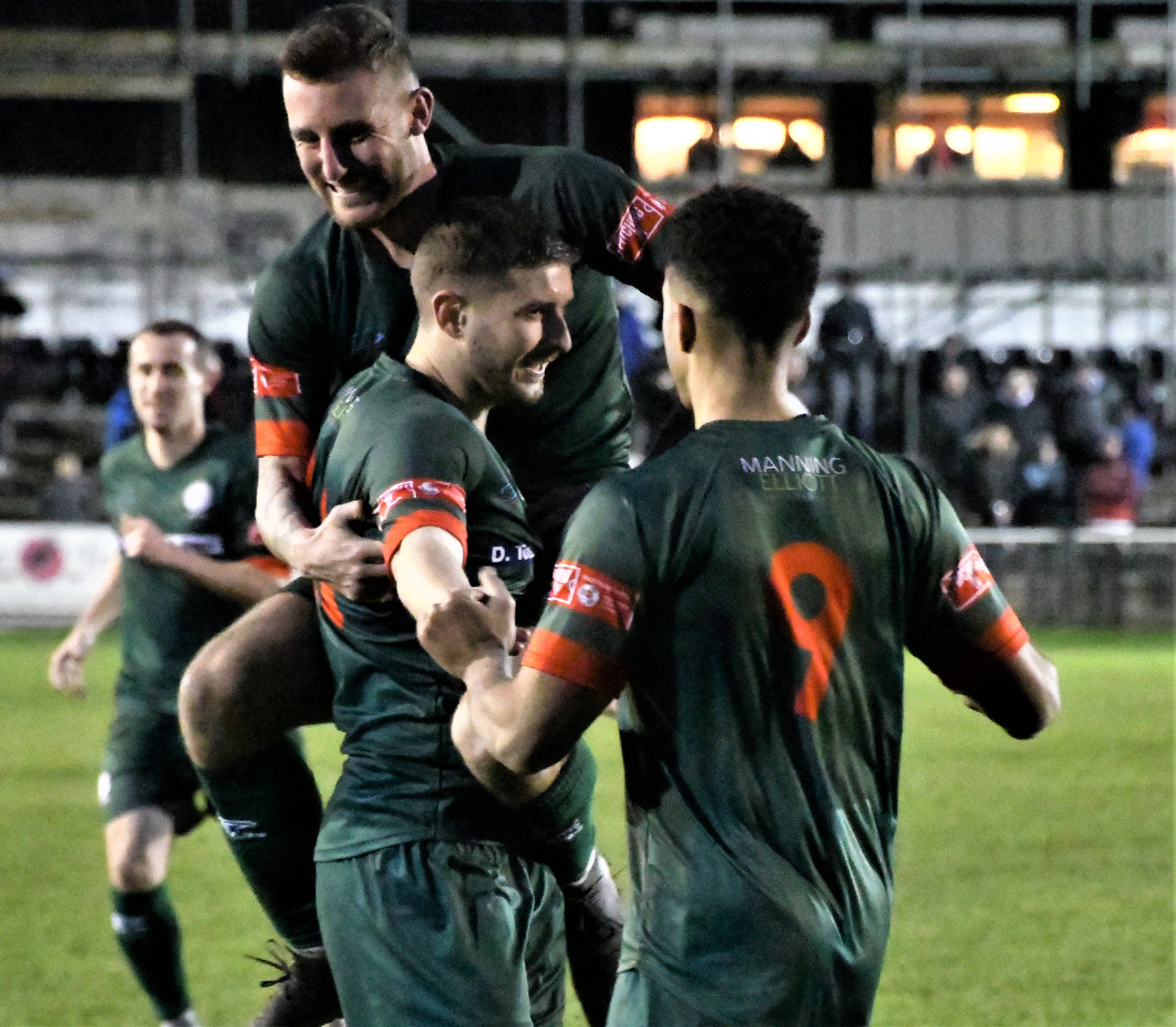 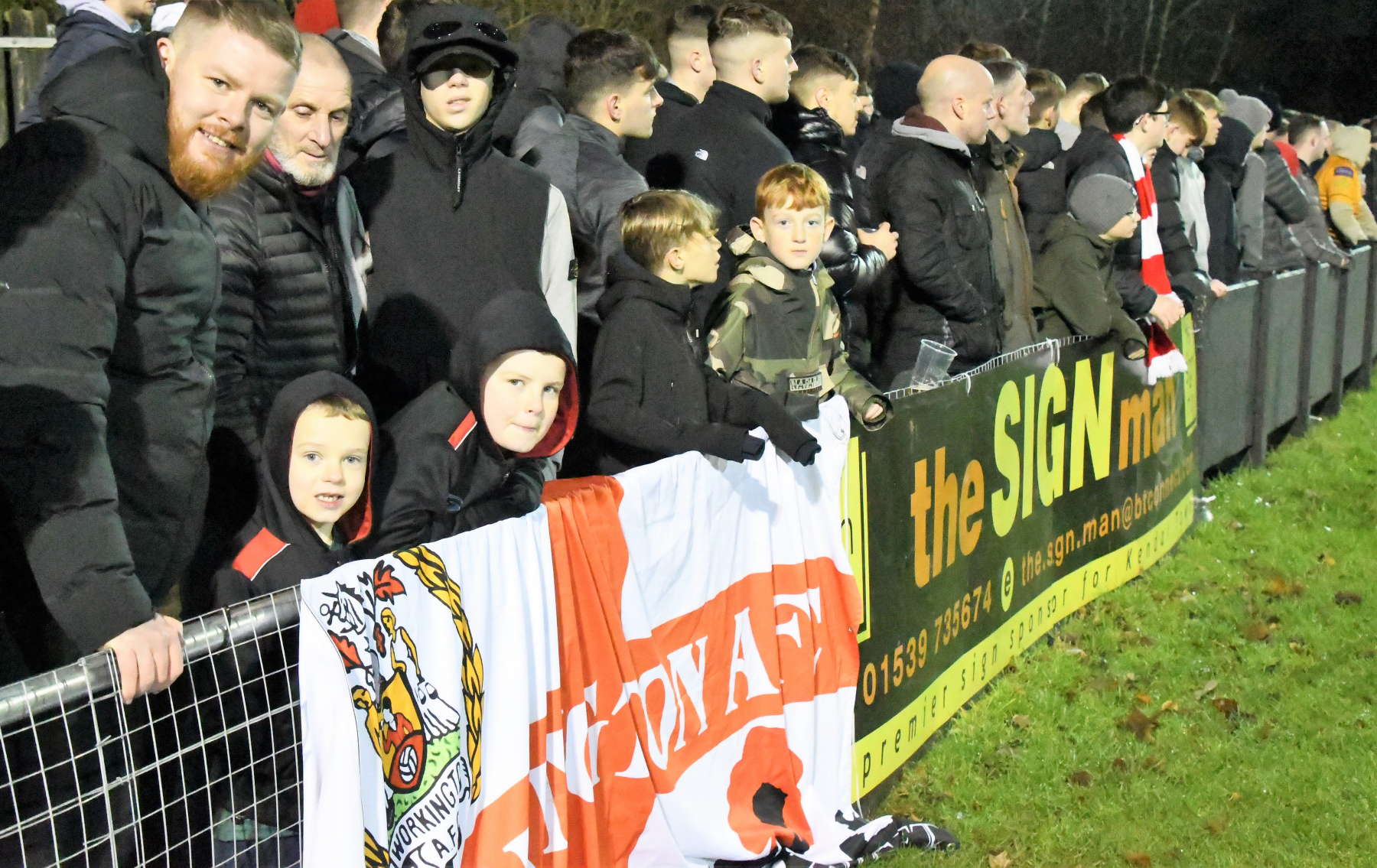 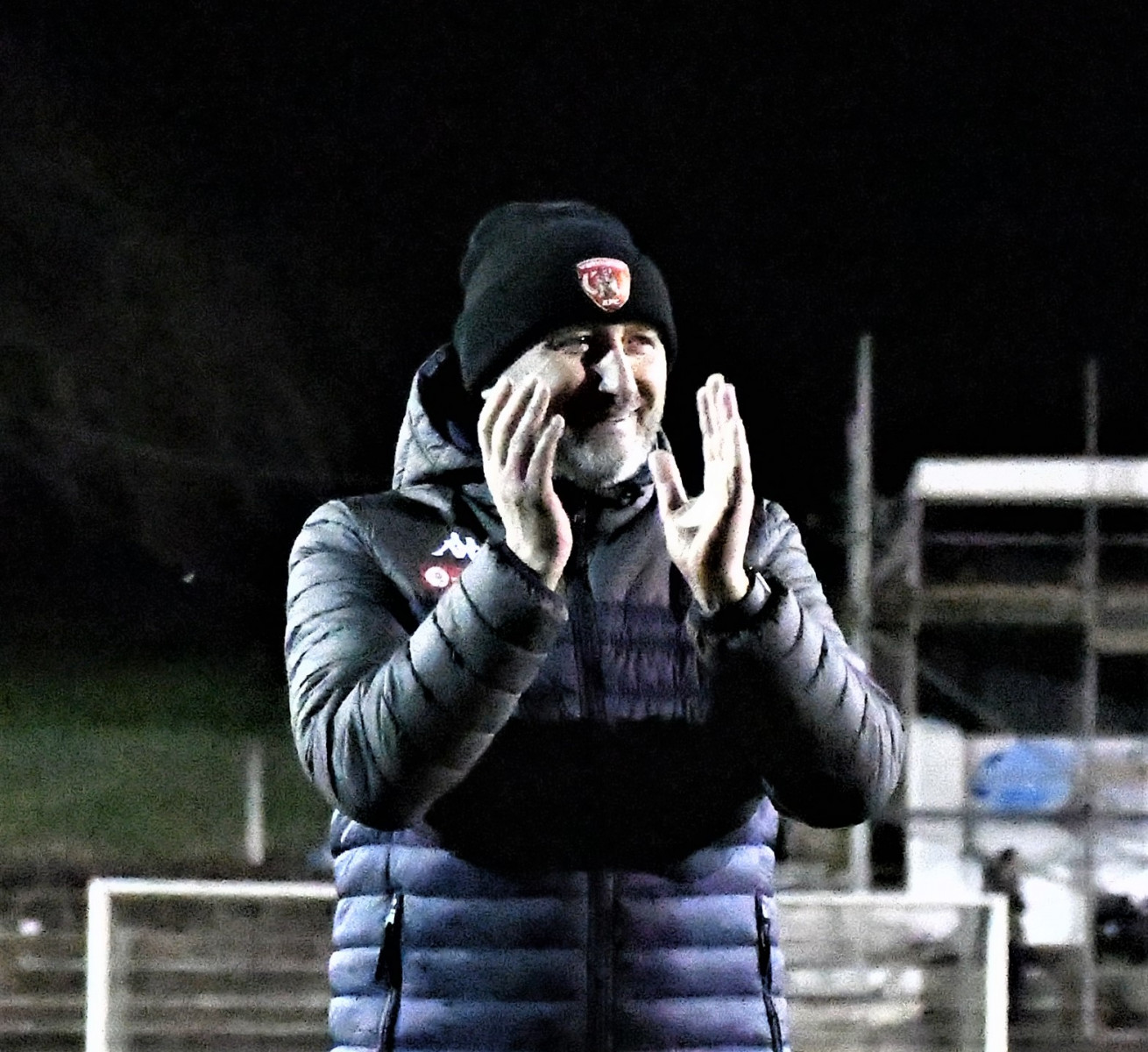