One Reds mistake was punished in a pleasing performance yesterday at Gainsborough Trinity.

Danny Grainger’s men tasted defeat for the first time since January due to Luke Lofts’ 42nd-minute strike, despite dominating possession and producing plenty of opportunities in Lincolnshire.

Curtis Woodhouse, a good friend of Grainger’s, set up his side well to deal with our attack which couldn’t quite penetrate the Trinity defence.

Seeing supporters in the stands was a good start as the game began at an equilibrium, with neither team holding possession for a prolonged period of time.

Once the 10-minute mark had elapsed, things got interesting on the pitch for the socially-distanced spectators.

Gainsborough frontman Gregg Scott – a physical presence all afternoon – and was denied twice in the opening exchanges by Jim Atkinson.

Our stopper made crucial interventions, firstly with his feet one-on-one with the striker and then used his hands to deny Smith at point-blank range.

We almost struck first blood when Scott Allison latched onto a wonderful free-kick routine, only managing to strike the post from Connor Tinnion’s delegate disguised dinked pass into the six-yard box.

Then, three minute before half-time, a lose Liam Brockbank header and good control by Lofts to get away from Dan Wordsworth, which allowed him the space to fire across Atkinson, giving his side the upper hand heading into the break.

After the interval, it was all Reds.

Ruben Jerome and Tinnion both went close, courtesy of good work from Dav Symington and Brockbank respectively down the left flank.

During a flurry of substitutes on the hour, Trinity had their only real chance of the second half.

However, following a breakaway, Wordsworth somehow managed to deny Gainsborough doubling their lead on 62 minutes thanks to an excellent sliding tackle just inside the penalty area.

We huffed and puffed but simply couldn’t blow Woodhouse’s house down despite efforts from Jordan Holt and a typical rasping Symington shot.

Our final chance came in the closing stages when substitute centre-back Jordan Little went on a superb run into the opposition half, resulting in a fierce shot from the edge of the penalty area which forced Jackson into a stretching save.

As the full-time whistle blew, both teams could be happy with their day after a hotly-contested encounter.

Spirits certainly weren’t dampened by defeat on the four hour-long journey back to West Cumbria as Grainger expressed his delight post-match. 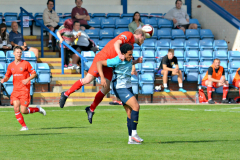 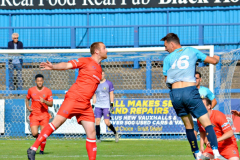 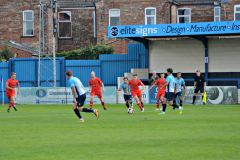 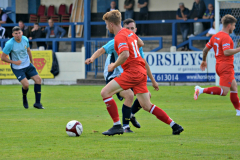 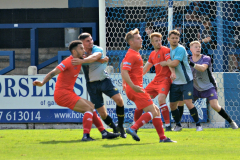 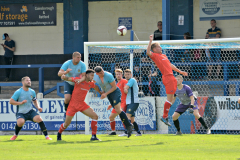 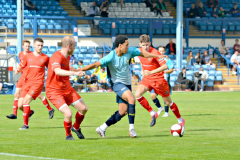 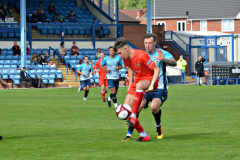 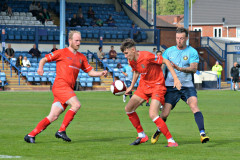 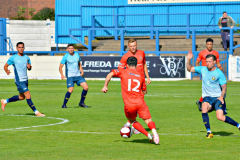 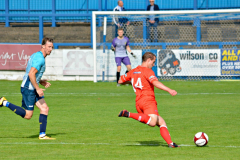 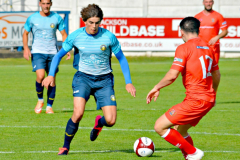 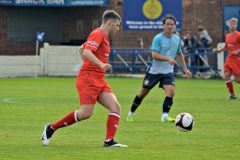 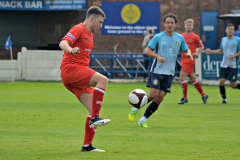 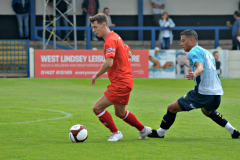 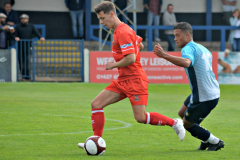 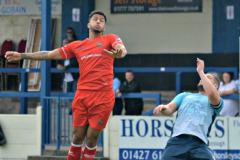 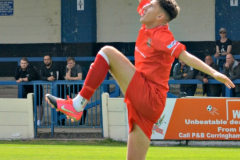 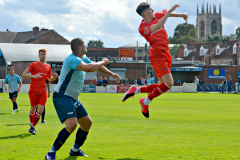 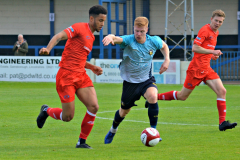 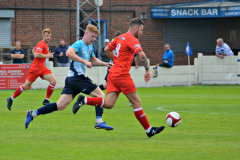 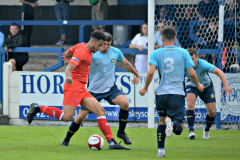 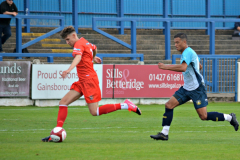 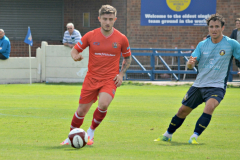