If a team concedes four goals, they probably don’t deserve to win yet, if it scores four times, they wouldn’t expect to lose.  And that analysis probably sums up this Cumberland County League goal bonanza at Inglenorth Park which ended all square.

Four goals were scored in each half and Reds, who were never in front, showed great character to keep bouncing back after going behind four times.

Celtic made the best possible start, scoring the opening goal inside two minutes following a well worked corner routine.  The ball was pulled back to Daniel Hood and his well timed shot arrowed into the net via the underside of the bar.

And that set the tone for some cracking goals in an end-to-end game.

Reds’ equaliser was actually their first serious attempt at goal but Matty Foster made the most of his opportunity.  Receiving the ball from a quickly taken throw-in, his first touch was good and his second crashed the ball into the net as his shot on the turn flew past Jamie Devine.

The hosts wasted no time in restoring their one goal advantage with Tom Ward finding the target with an angled drive just sixty seconds later – another quality strike.

James Bell, playing against his former club, created a chance for himself but the shot lacked power and Devine saved comfortably.

The visitors levelled the scores two minutes before the interval with another goal from the Foster portfolio.  He met a Thomas Houghton cross from the right and steered a great header just inside the upright.

Sluggish defending immediately after the restart resulted in Reds going behind again with Tom Mahone converting from close range to make it 3-2 in Celtic’s favour.

Back came Reds to level for a third time with Celtic guilty of poor defending on this occasion.  Leon Dmytrowski did much of the spade work and his assist was finished off by Ciaran Booty who timed his run to the far post, getting behind the ‘green and whites’ backline.

Ward then edged Celtic back in front five minutes later and if his first goal was special his second of the afternoon was even better, a superb finish on the half volley.

With a quarter of an hour to go, Houghton’s persistence was rewarded. He was thwarted twice, once by the goalkeeper and then by a good defensive block, but smashed in the eighth goal of the afternoon at the third attempt to restore parity once more.

And Houghton came close to scoring the winner in the next Workington attack but he hurried his shot and Devine read the situation and saved well.

The heat seemed to take its toll in the later stages as both teams tired and play became scrappy.

Credit to both sides, though, for serving up an entertaining encounter punctuated with some cracking goals. 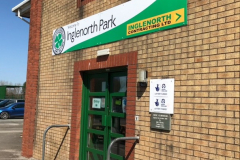 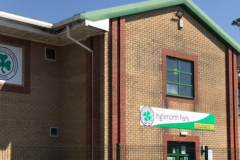 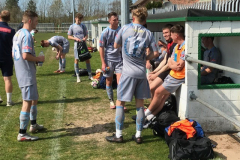 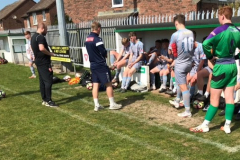 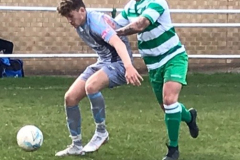 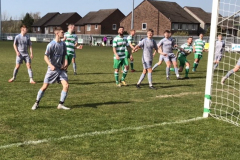 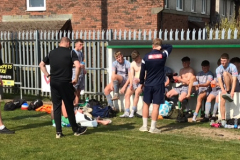