A much changed Development Squad took on their Carlisle United counterparts at Caldew School in what could have been described as a showcase for the best 16/17 year olds in the county.

The Reds squad had to leave out some of the older players of the group and were supplemented by four members of Danny Grainger’s Cumbria Academy and a couple of players on trial.

The upshot was a makeshift team which adapted well to the challenge of United’s talented youngsters.

It was an even contest for the opening twenty minutes but Reds took control with three well taken goals in a twelve minute purple patch.

United came roaring back after the interval with Romeo Park reducing the arrears with a shot which found the bottom corner, before Kai Nugent found the target thanks to a fine effort from outside the area.

Reds were under the cosh at that point but steadied the ship and restored their two goal advantage when Ciaran Booty swept home the sixth goal of the evening from close range.

There was still time for United to net a third, Harry McAlinden applying a tidy finish after Reds failed to clear their lines, but Foster, who started the scoring, secured Reds’ victory with his second of the night just seconds before the final whistle. 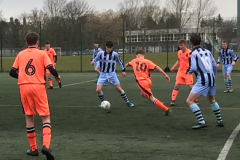 United on the attack 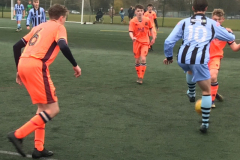 Dan Whitehead on the ball 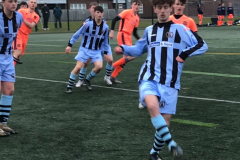 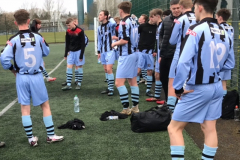 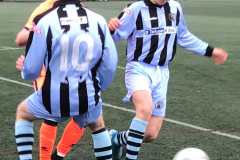 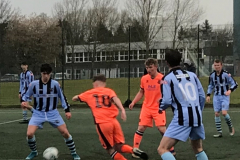