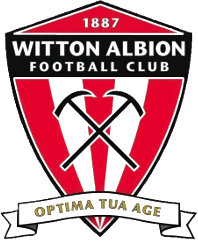 A miserable night all round

The health risk that is supporting Workington Reds continues to excite and frustrate in unequal measures.

After the recent winning run which provided a glimmer of hope, it’s back to square one following successive home defeats.

They went into the Albion encounter knowing a win would have lifted them out of the bottom two for the first time since mid-October. But a sluggish performance, another shoot-yourselves-in-the-foot moment and a general lack of urgency ensured a status quo scenario.

The mood of those who did turn out on an atrocious night, matched the depressing weather as Carl Macauley’s side maintained their excellent record against Workington. They have now won eighteen times in thirty seven league encounters, with the latest of those guaranteed as Reds pressed the self destruct button on the stroke of half-time.

Dan Wordsworth, who almost headed the opening goal a minute earlier, got himself sent-off on the stroke of half time for an irresponsible challenge on Luke Offord. For the second time this year, referee John Mulligan ensured the defender would be first in the showers.

Reds had struggled to come to terms with the conditions in the first half whereas the Cheshire outfit played their usual brand of give and go football. Neither goalkeeper had been seriously tested and most of the excitement came in a frantic few minutes before the interval.

Instead of being one goal up, the hosts trooped off one man down.

Influential midfielder, Brad Carroll was switched to the back four and that, in turn, weakened the engine room of midfield.

Carroll, himself, was lucky to escape a red card when he too slid in dangerously on goalkeeper, Greg Hall. The ‘keeper hurdled the challenge which effectively meant the yellow card was sufficient punishment.

It was backs to the wall in the second half and a case of how long Reds could survive. They did well for almost half an hour but the inevitable goal came after seventy two minutes.

Devine’s superb pass between two red shirted defenders created the opening for James Foley whose low cross was forced home at the near post by Will Jones.

Reds had never looked like scoring in the second period but, to their credit, almost grabbed an equaliser only for Sam Joel’s looping header to be cleared off the line by Danny McKenna.

But the win and the points were secured in Albion’s next sortie forward with Anthony Gardner’s superbly struck low shot torpedoing past Aaran Taylor and into the net.

Lee Andrews, who now has the unenviable task of lifting the squad for the Marine fixture, couldn’t hide his disappointment afterwards.

“Yes, the sending off effects the game but we needed to start better. We were poor, let them dominate us and we can come out with all the excuses about the referee, this, that and the other but our slow start was crucial with one or two a yard off the pace. The conditions didn’t help but they adapted well and, overall, we were lacking mentally and our approach to the game wasn’t right.”