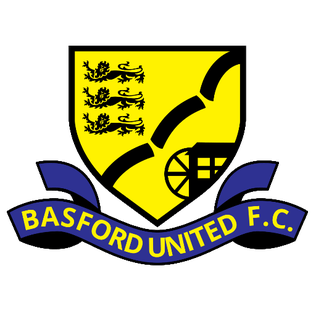 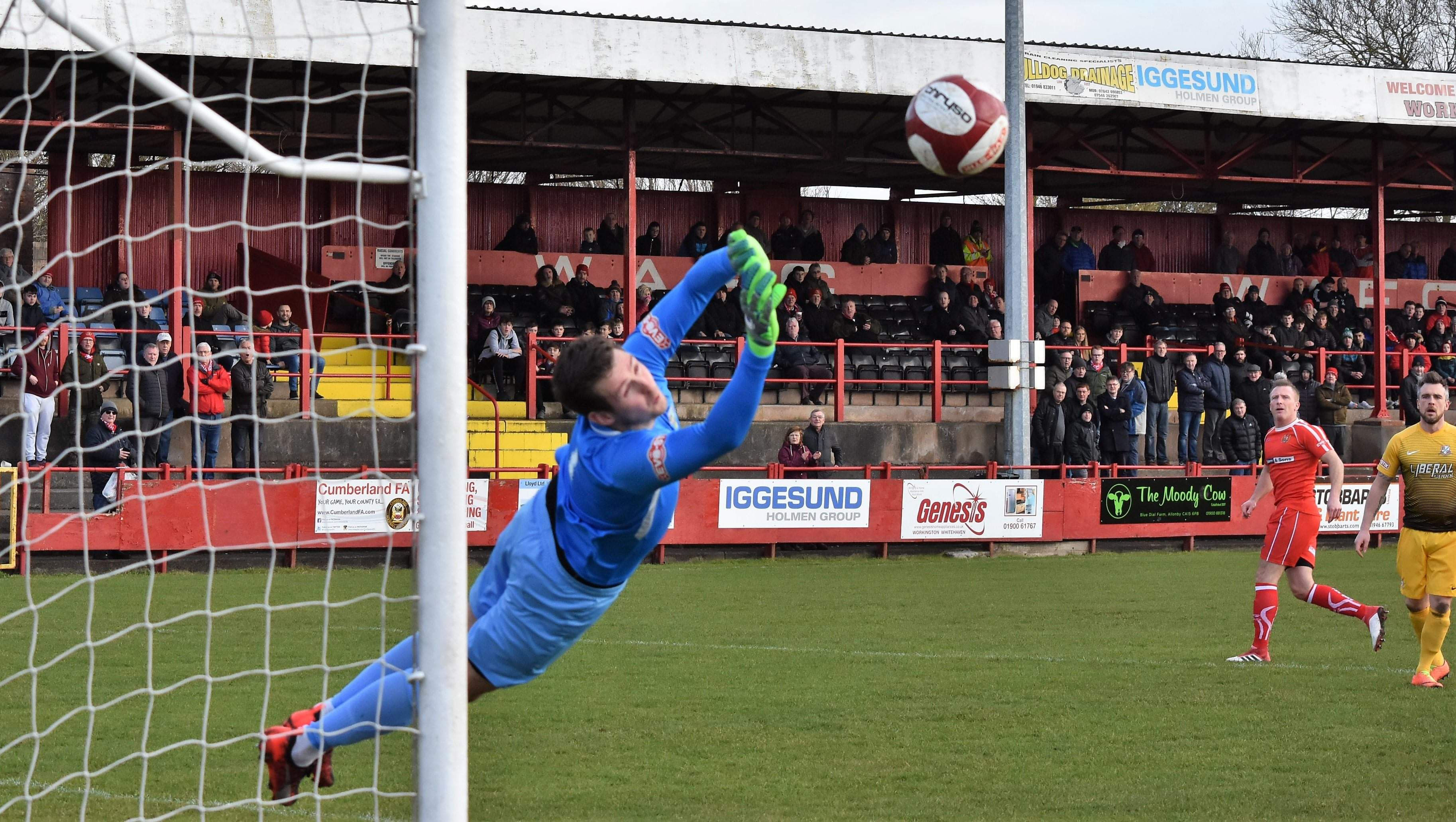 A painful reminder that Reds still have much work to do to pull clear of the relegation zone, losing heavily after dominating 80% of the game.

They came up against an inspirational performance from veteran ‘keeper, Saul Deeney (inset) and the perfect away display from a Basford outfit still on target for successive promotions.

Deeney, who first came to prominence defying Manchester United in an FA Cup tie for non-league Burton Albion thirteen years ago, was outstanding. He pulled off five fantastic saves, routinely dealt with several other attempts at goal and was plucking crosses out of the air for fun. His distribution wasn’t bad either!

So when you come up against a performance like that, a draw would have been a good result for Reds but only if you, too, are defensively sound.

But Reds’ concentration levels dropped at key moments and the league’s top scorers took the three opportunities which came their way to complete the perfect smash and grab raid.

The hosts might have been one or two goals ahead before conceding a needless penalty in the thirteenth minute. Garry Thompson and Jason Walker went close to grabbing an early break-through goal before Matty Douglas tripped James Reid just inside the area when there wasn’t any hint of danger.

Shaun Harrad, no stranger to converting a penalty at Borough Park, drove the ball down the middle as Aaran Taylor opted to dive to his left, gifting Basford the perfect start.

And that just boosted their resilient frame of mind – something to hang on to as they looked to keep a rare clean sheet.

The fact that it was their only shot on target in the first half, mattered little. It was now up to Reds to break down a solid amber back line.

They dominated up to half time and for twenty minutes after the break, only to fall to the sucker punch after sixty five minutes.

Substitute Zak Goodson played the ball out wide to Fernando Bell-Toxtle with the talented midfielder skipping past Gari Rowntree and dinking the perfect cross into the area. Goodson had continued his run and met the ball to head beyond Taylor as two Basford players got the better of four out-of-position Reds defenders.

After all the possession and chances created, the hosts were suddenly 2-0 down and clearly deflated.

And it got worse two minutes later. Reid launched a free kick into the Workington box, Taylor came through a crowd of players to punch clear but, typical of Reds fortune on the day, the ball fell to Jack Thomas’ feet on the edge of the area. His sublime chip couldn’t have been better placed as it dipped just under the crossbar for a magnificent third goal.

Reds were denied a penalty, before Basford’s second and third goals, when Jason Walker appeared to be fouled and Rowntree’s protesting dissent earned the skipper a yellow card.

It was that sort of day.

Deeney’s heroics earned him the visitors’ man of the match accolade with the pick of his saves a stunning effort to keep out a Conor Tinnion thunderbolt.

Basford’s Martin Carruthers said afterwards that he felt Reds would beat the drop, while Lee Andrews hid his frustration by predicting his team would be okay, despite the likelihood of facing similar setbacks in the final two months of the season.