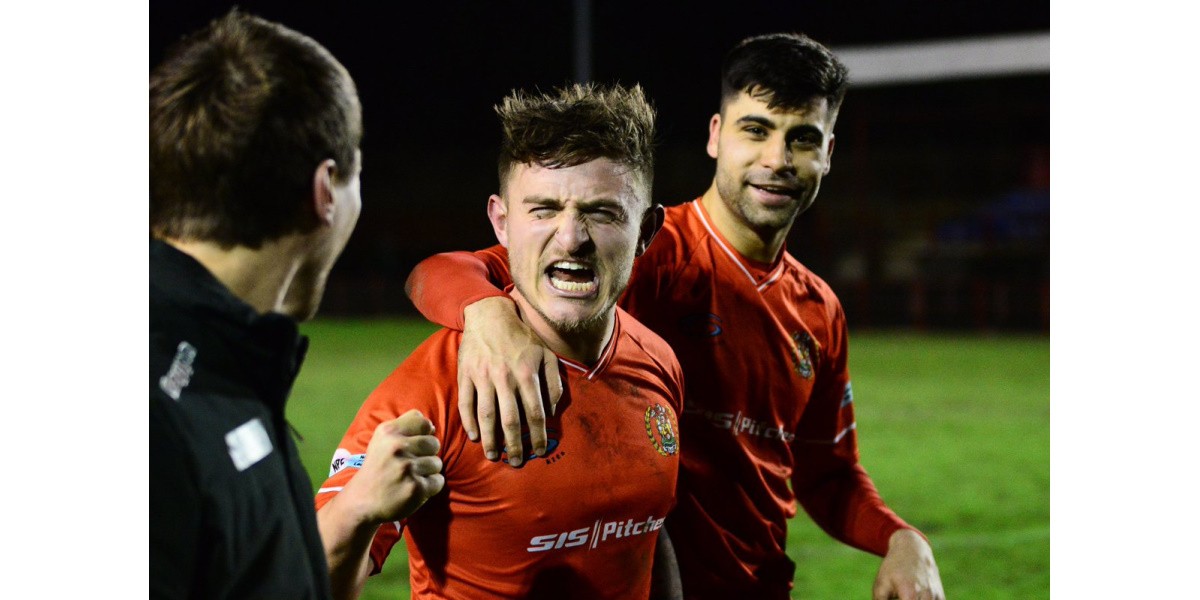 In the end, it was a landslide victory but only after two minutes of madness from Cables’ Lloyd Dean changed the course of the game.

Introduced to the game as a sixty-third minute substitute, Dean was on the field less than a minute before receiving one of the quickest red cards ever seen on the ground.  He never touched the ball, never made a tackle yet was involved in a bizarre sequence of political incorrect actions leaving both parties shocked by his actions.

As he took to the field, he made contact with Ceiran Casson and, seconds later, raised his hands towards Conor Tinnion just yards from the referee.  The red card was produced and Dean retraced his steps back to the technical area, throwing a clump of turf into the crowd as he left the field before tussling with two stewards in the tunnel.

He certainly wasn’t ‘toeing the party line’ and let himself, his team mates and his proud club down after such abnormal actions.

Up to that point, Prescot were in control of the game and, if anything, slightly ahead on points against a sluggish Reds.  But the mood of the game changed immediately with the incident instilling a bit of fire in red-shirted bellies.

Workington then took over and the league leaders justified their season-long status with a pulsating final thirty minutes.

Dav Symington, like Cables’ Dean, had started the game as a back-bencher but his introduction as a substitute made the impact supporters want to see.

Before Dean had time to regret his actions, Symington had broken the deadlock with an explosive seventy-two-minute finish and the hosts were on their way to a best-ever win against Cables.  He thumped home a Nathan Waterston assist and there was no doubt about the outcome from that point.

Five minutes later, the points were safely in the bag when Casson ventured forward and planted a low shot past the helpless Ollie Taylor and into the bottom corner of his net.

Symington, very much right-wing but equally effective on the left, then scored a wonder goal in the eighty-third minute.  Brad Hubbold’s free-kick found Workington man lurking on the left and he cut inside the full-back before unleashing a stunning looping shot that came to rest in the Town End net.

And a fourth goal in fifteen-minute spell saw Scott Allison break through and send the ball past Taylor once again.

By this point, Cables looked well and truly dejected but for the opening hour appeared a decent team, aided somewhat by Reds’ lethargy.

They defended well, moved the ball about efficiently but were guilty of squandering some good opportunities.

It was black and yellow-shirted performers who caught the eye in the first half – the evergreen James McCulloch, a workmanlike Aaron Turner, the quick-footed Matthew Hamilton and the talented James Edgar all impressive.

Workington’s best at that stage were central defensive duo Sam Smith and Dan Wordsworth as well as the youngest player on the pitch – teenager Taylor Charters.  The loan recruit enjoyed a mature performance on his Northern Premier League debut and was twice denied a goal by Taylor before the deadlock had been broken.

Danny Grainger praised the opposition and didn’t need to put any spin on his side’s victory, the four goals securing league win number 10. 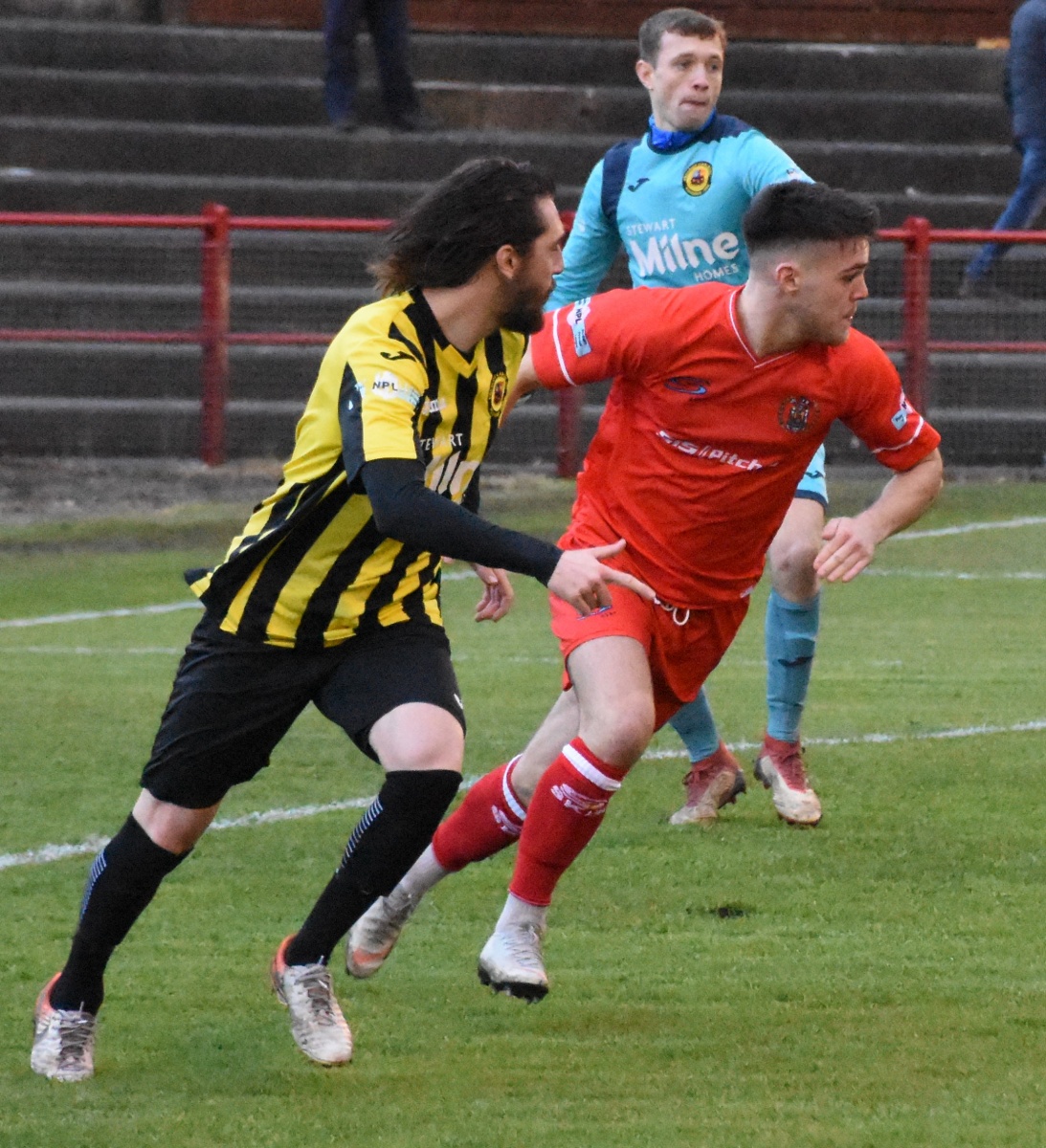 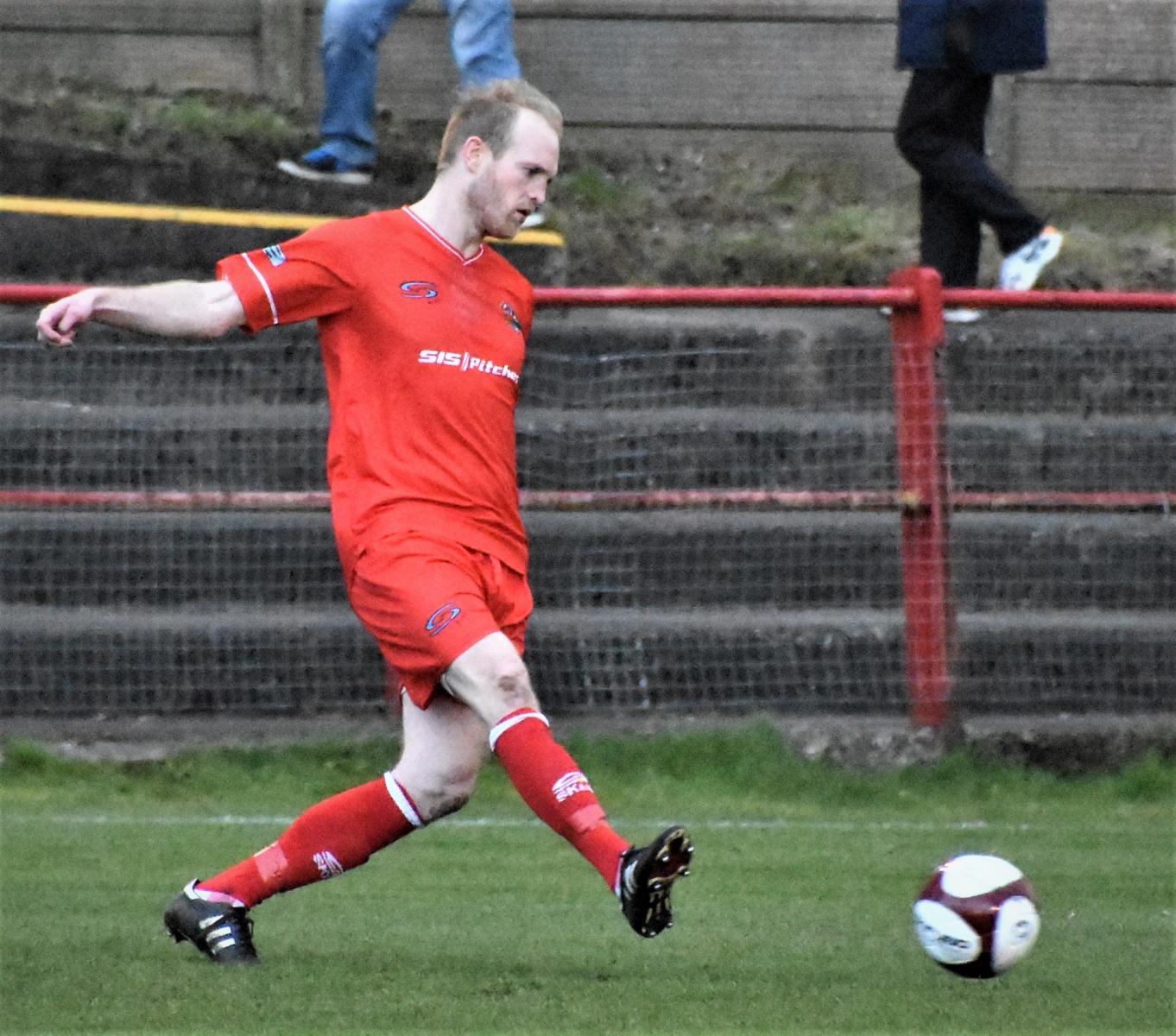 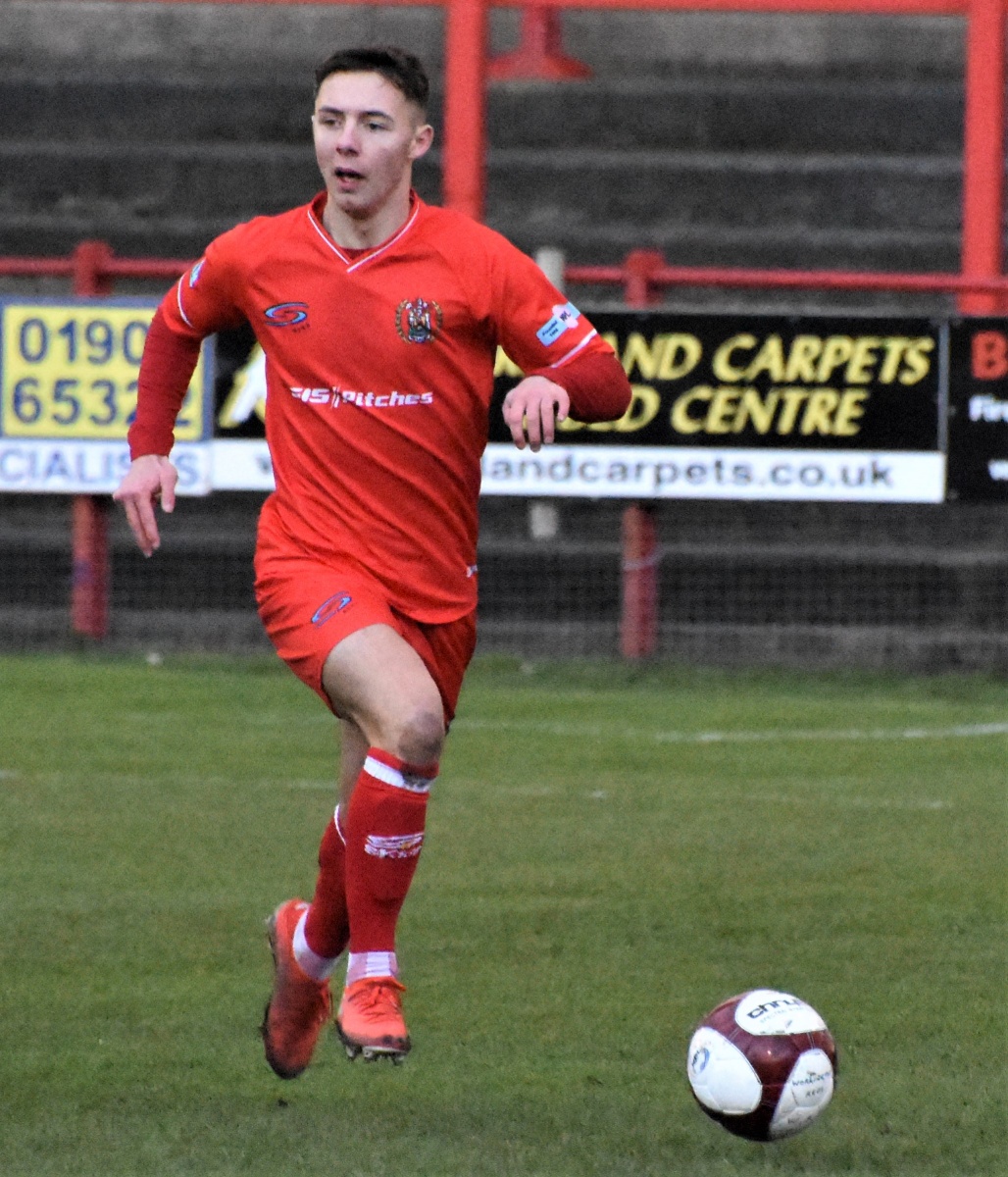 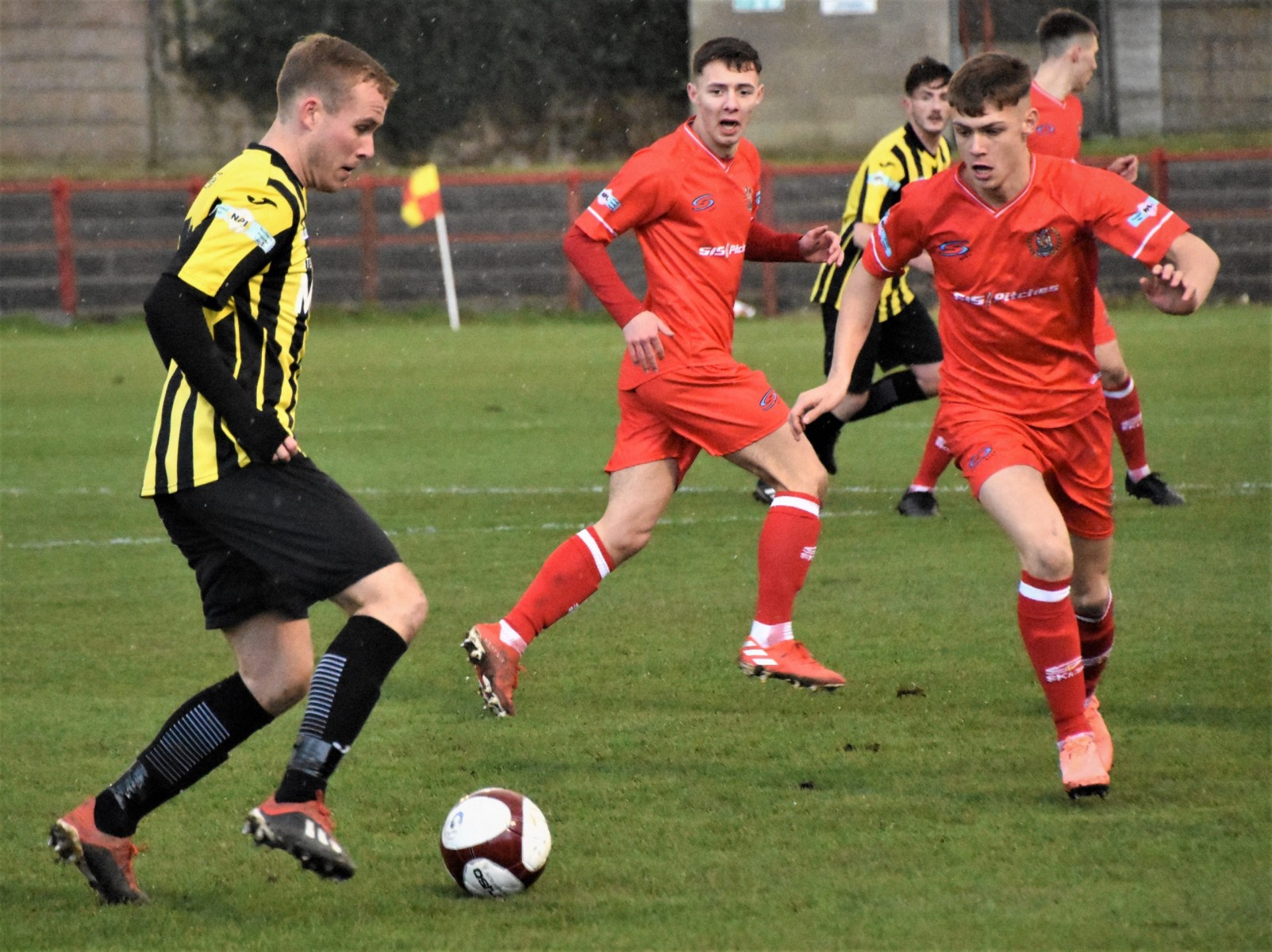 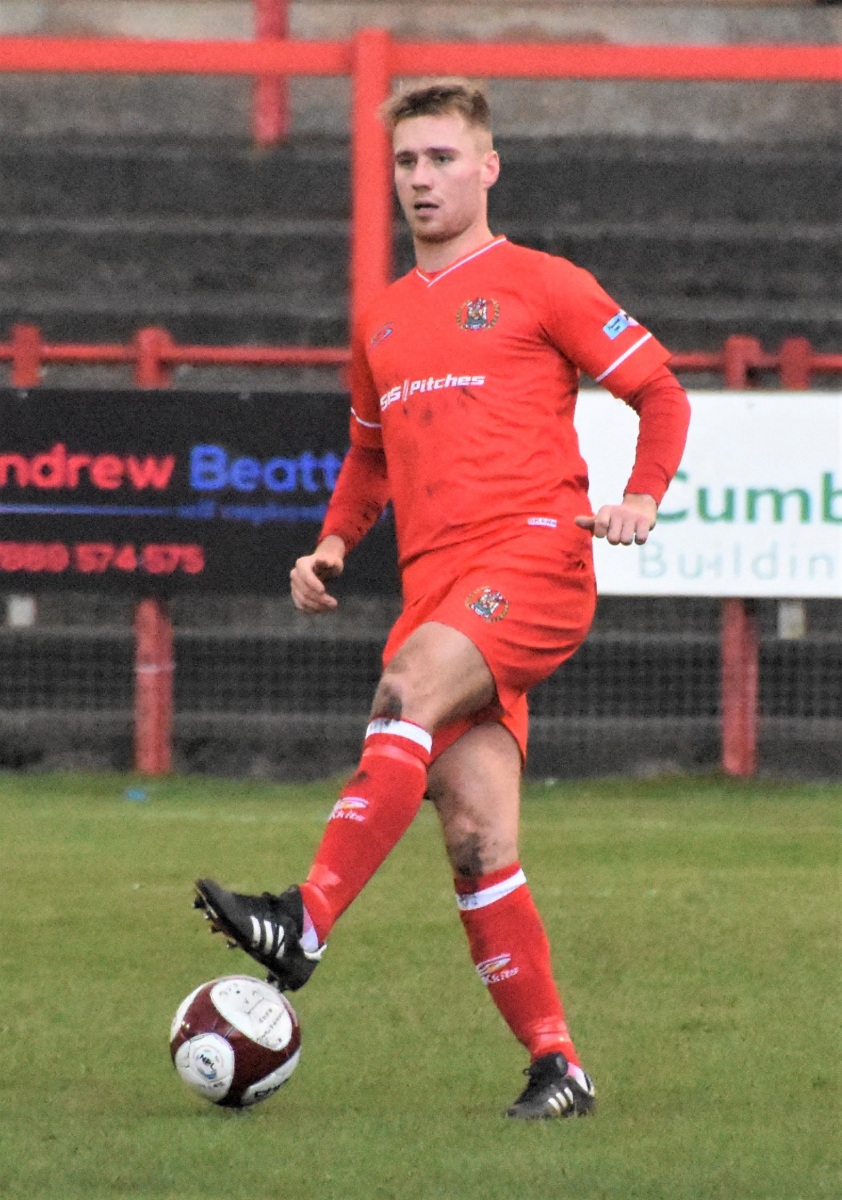 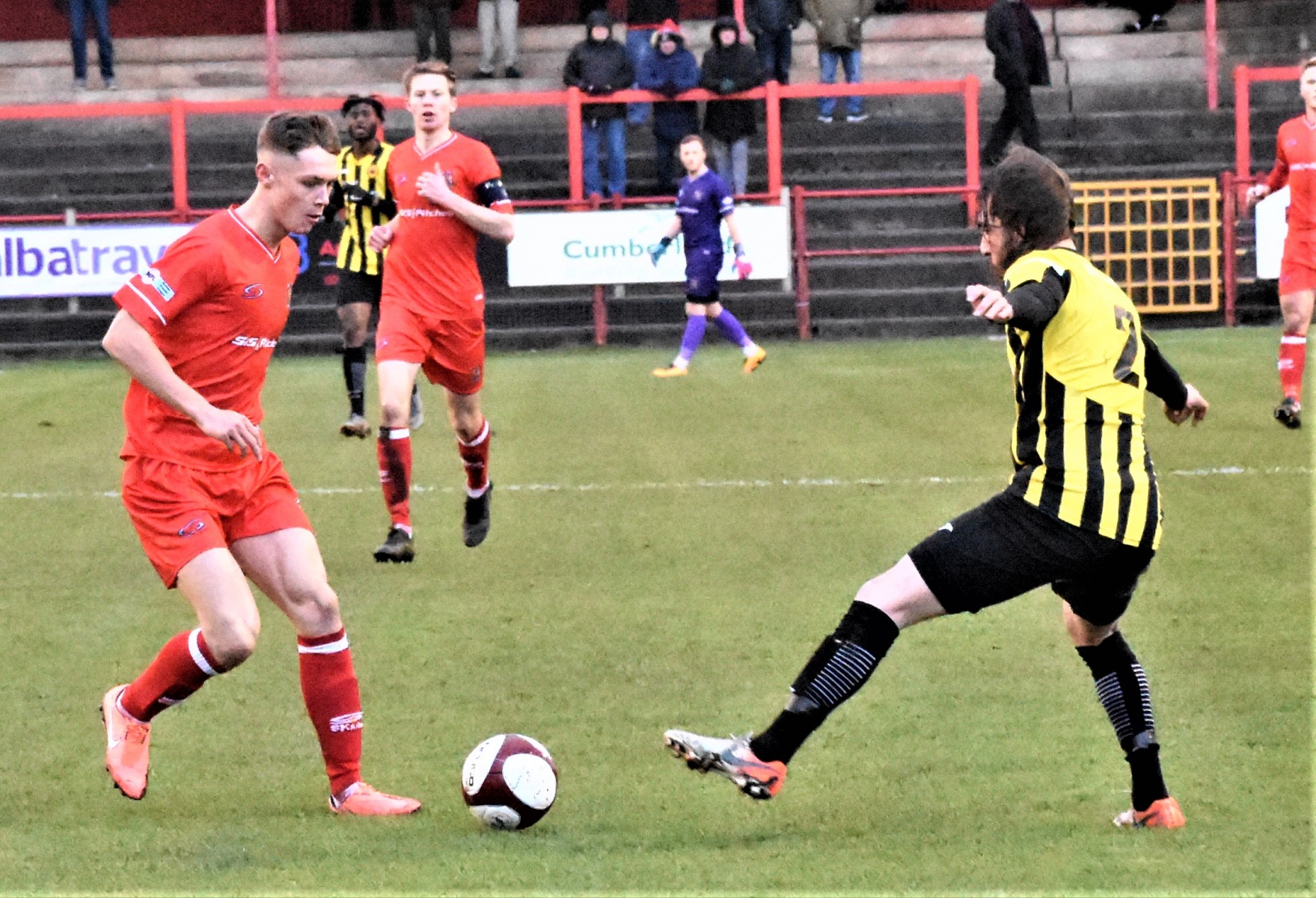 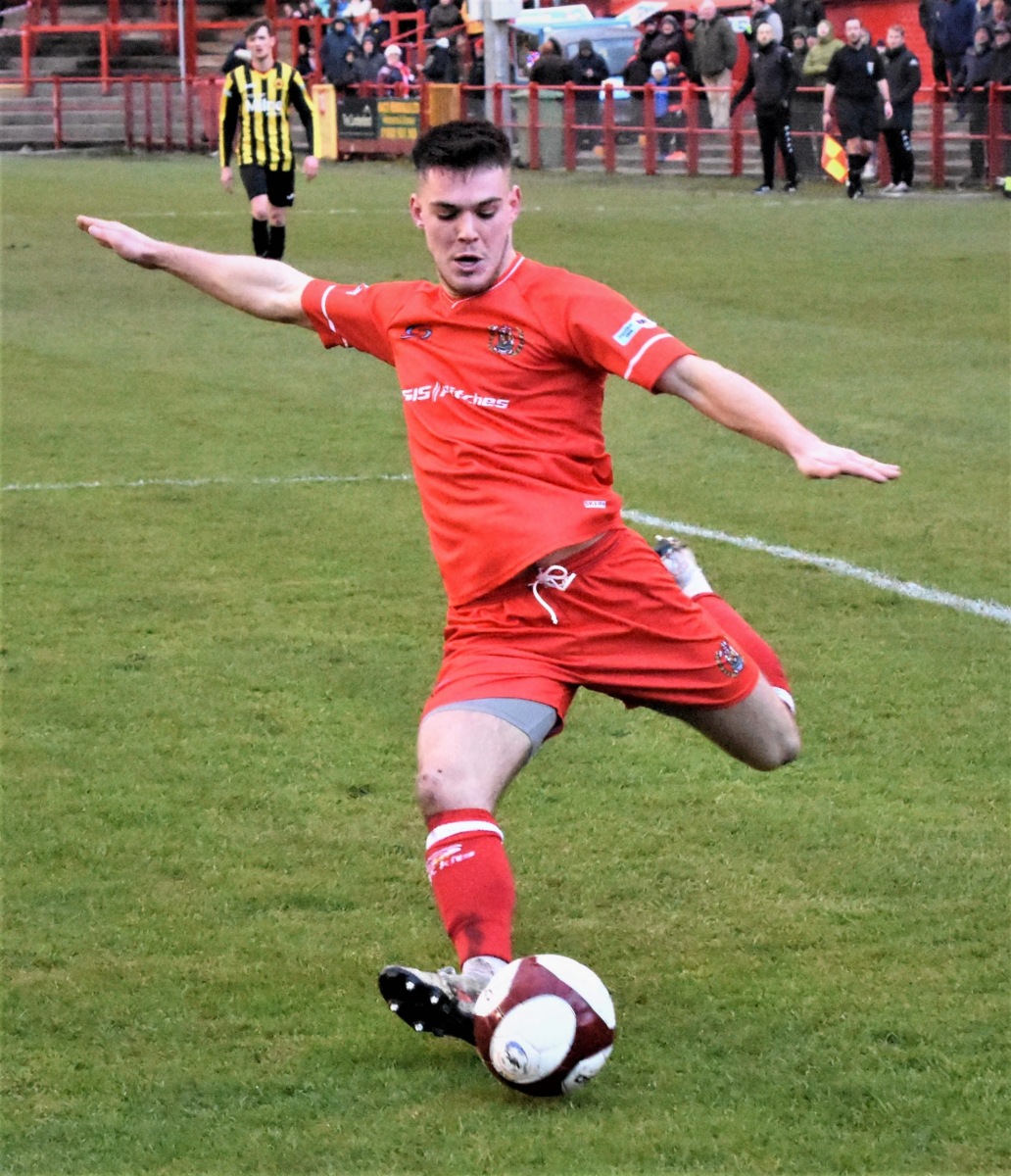 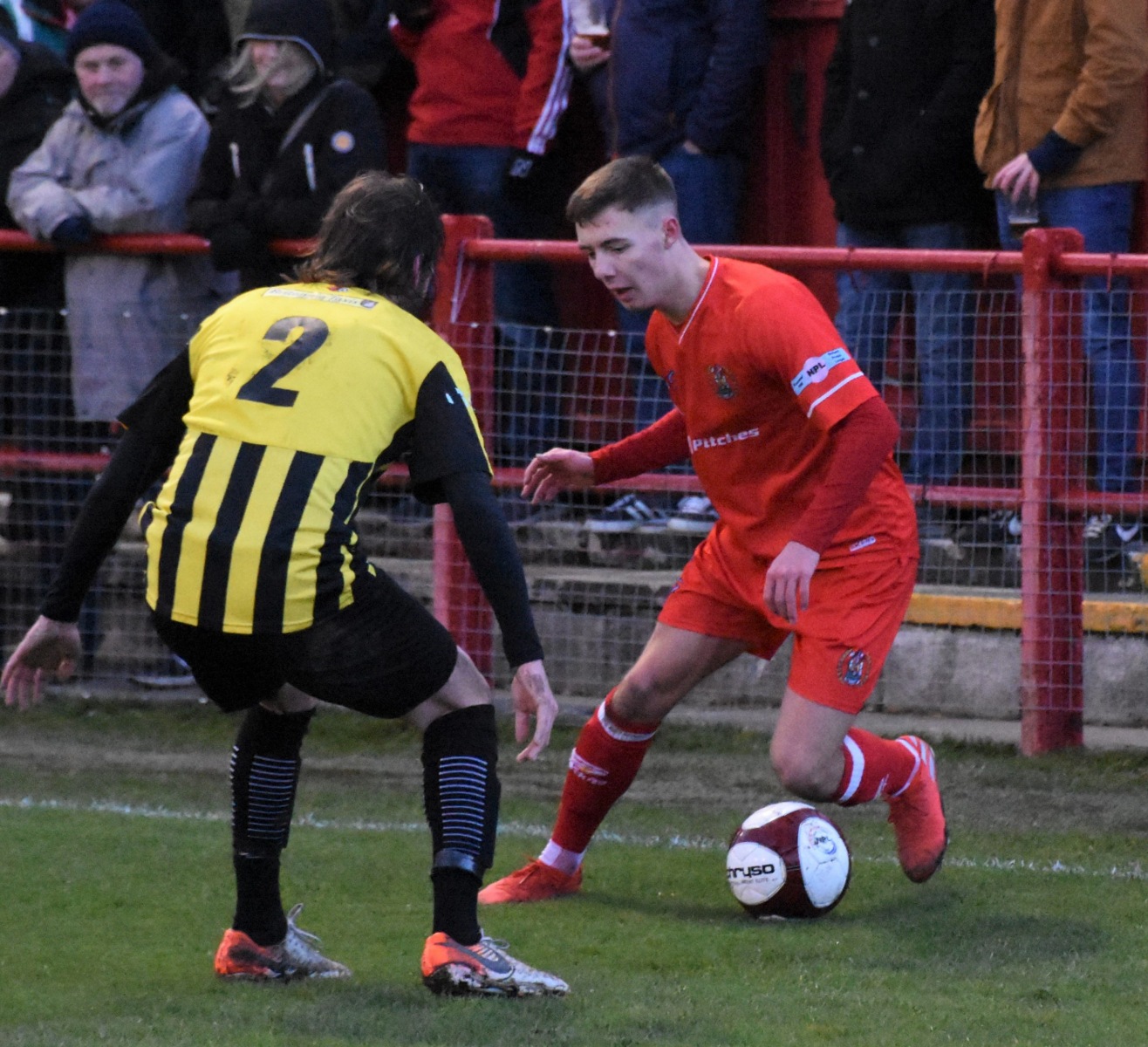 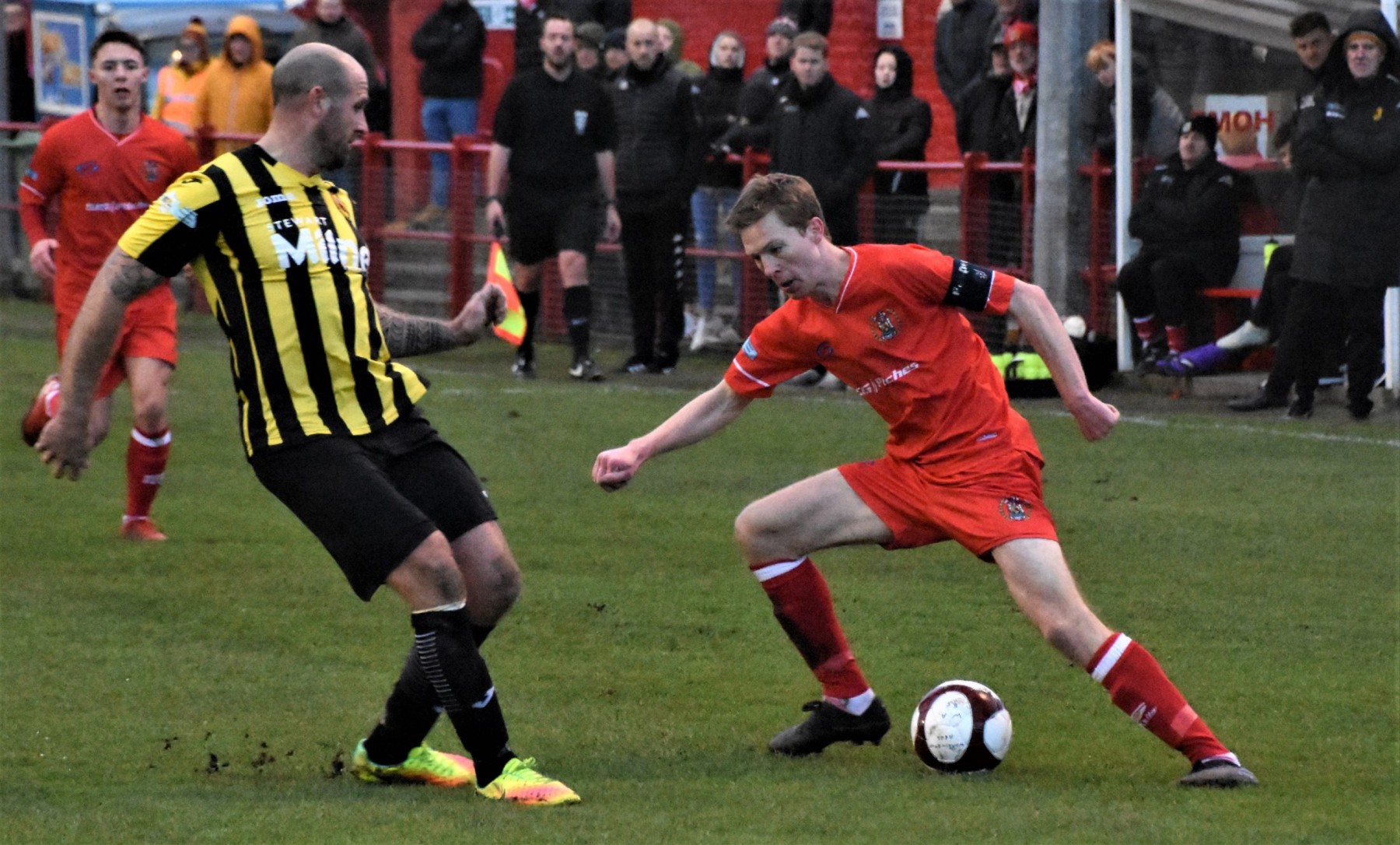 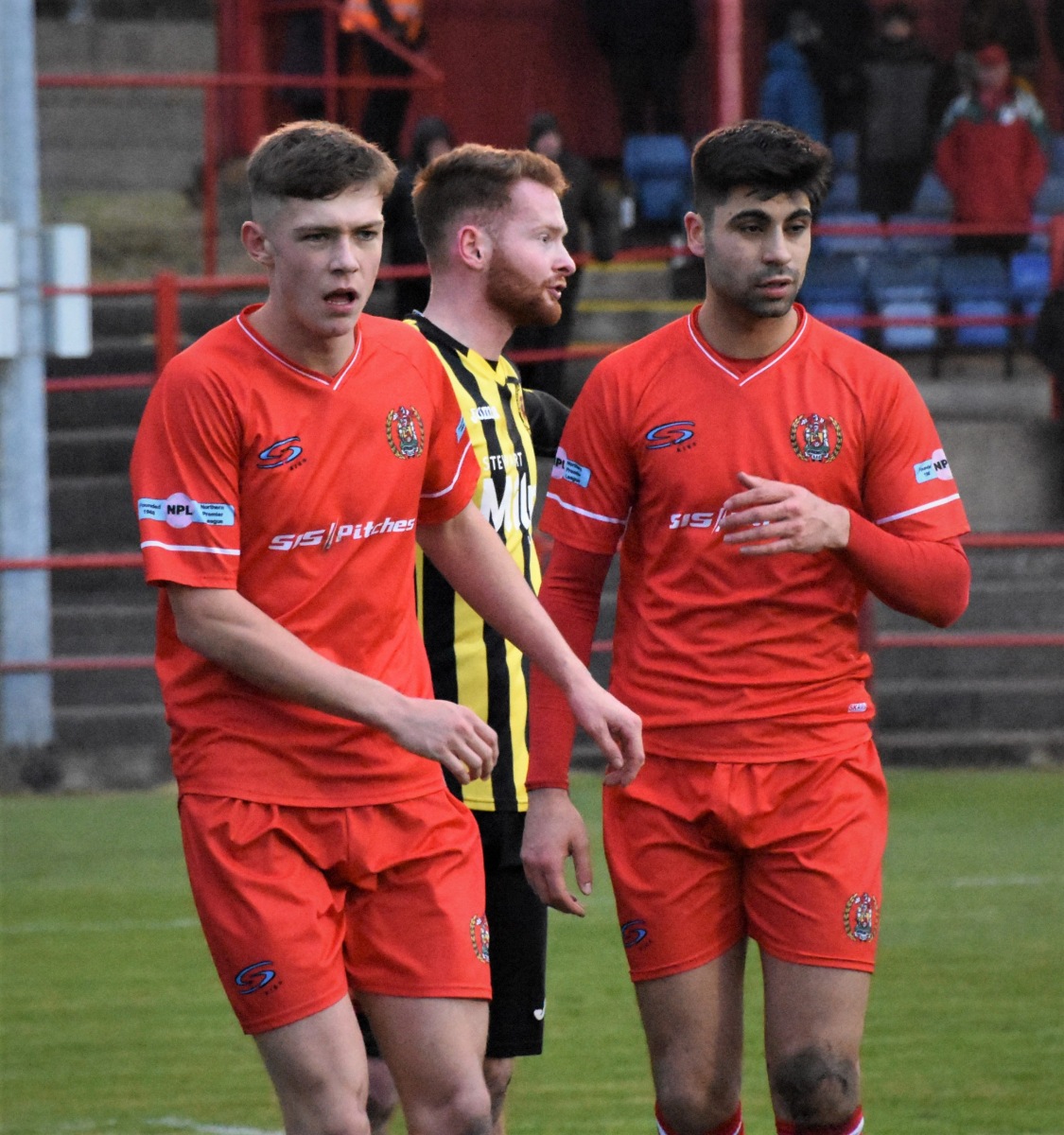 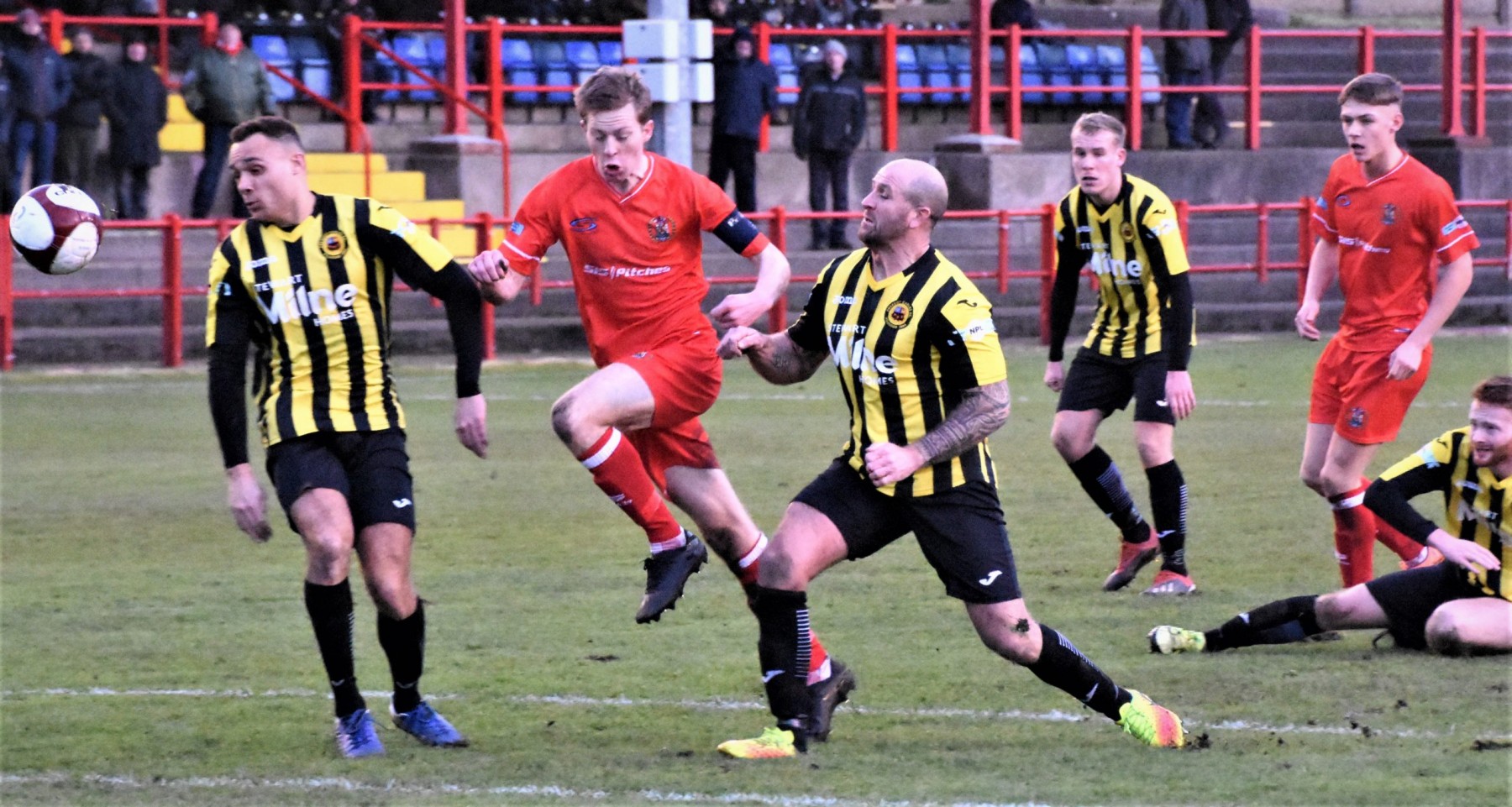 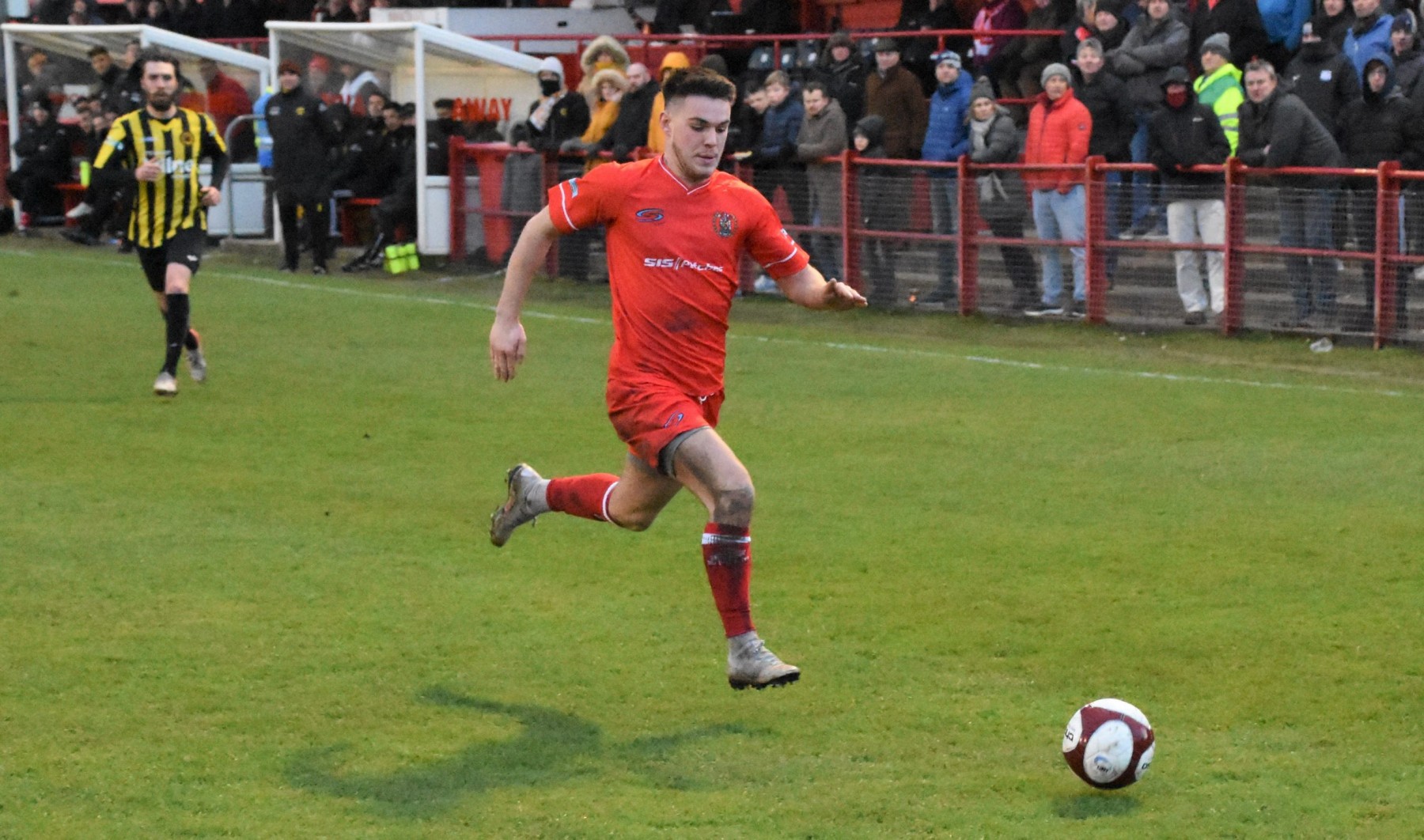 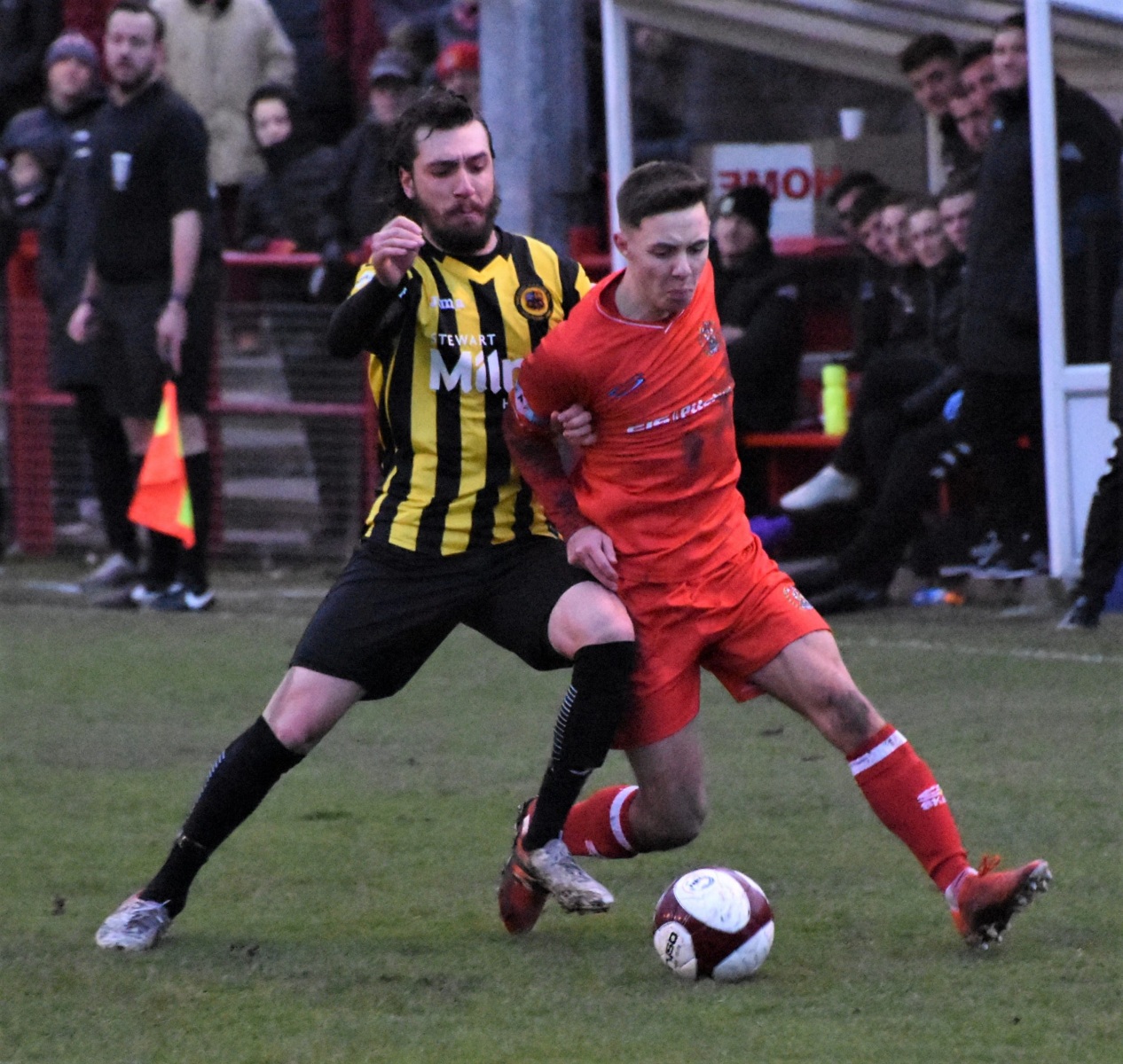 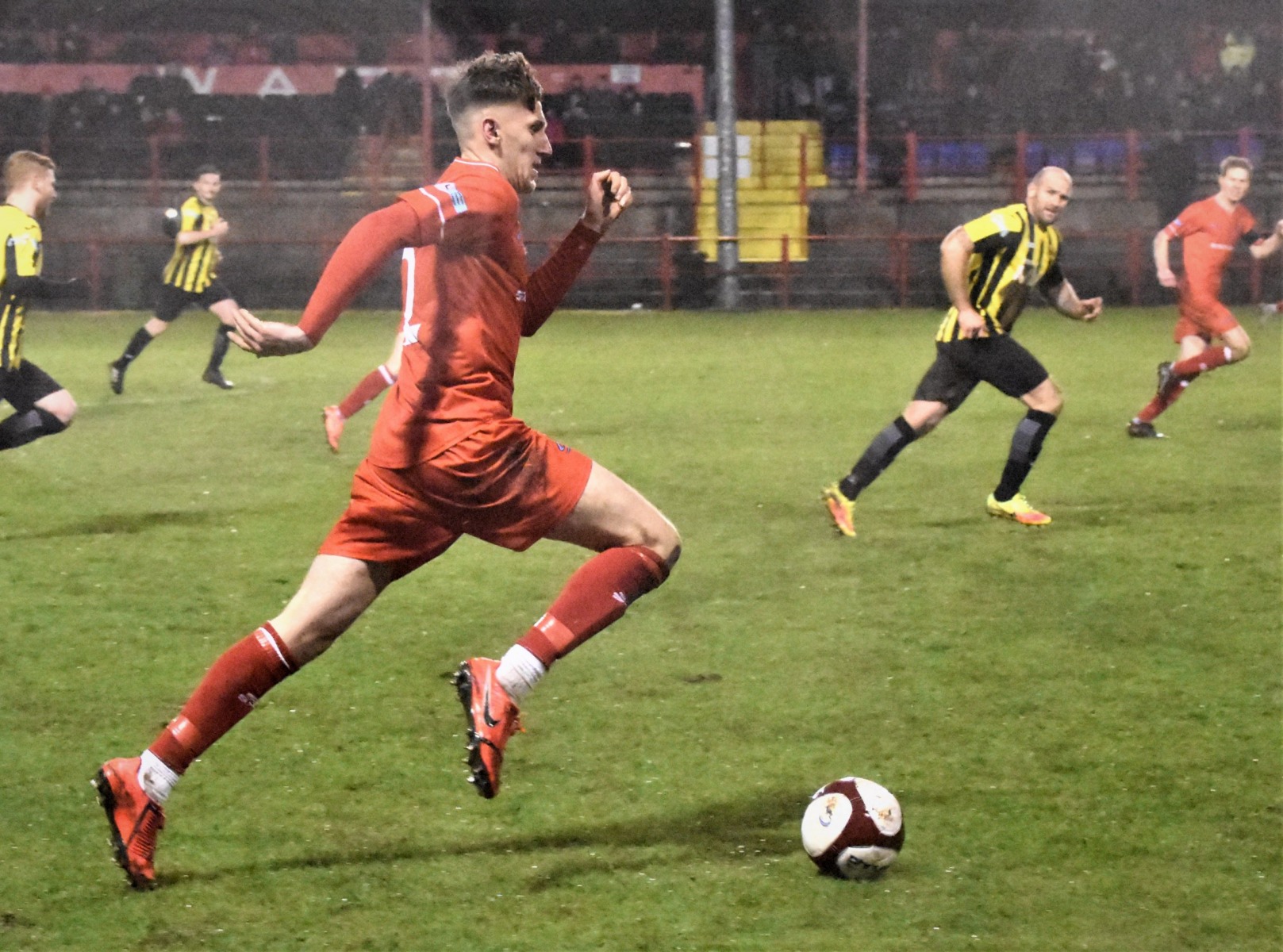 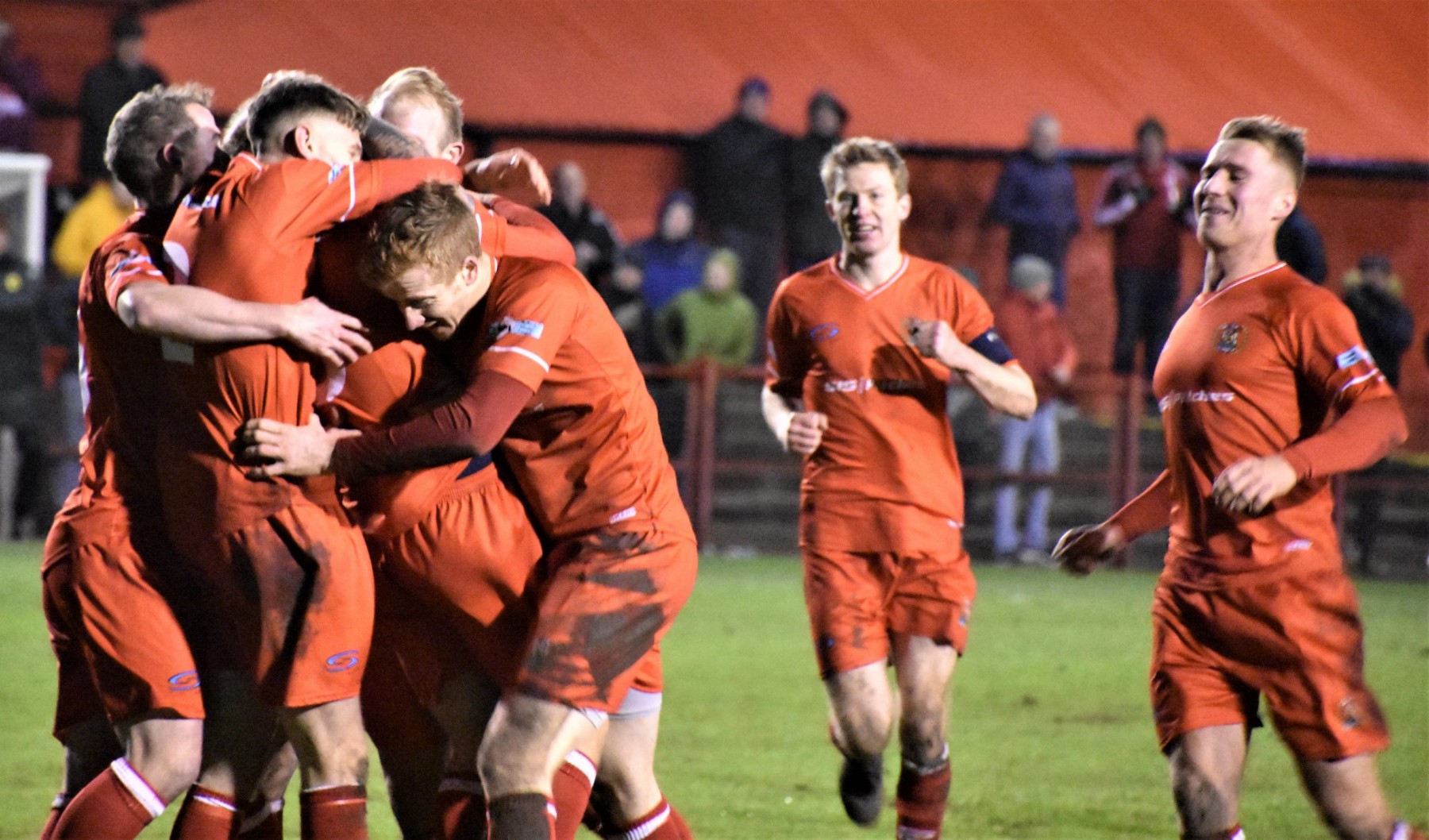 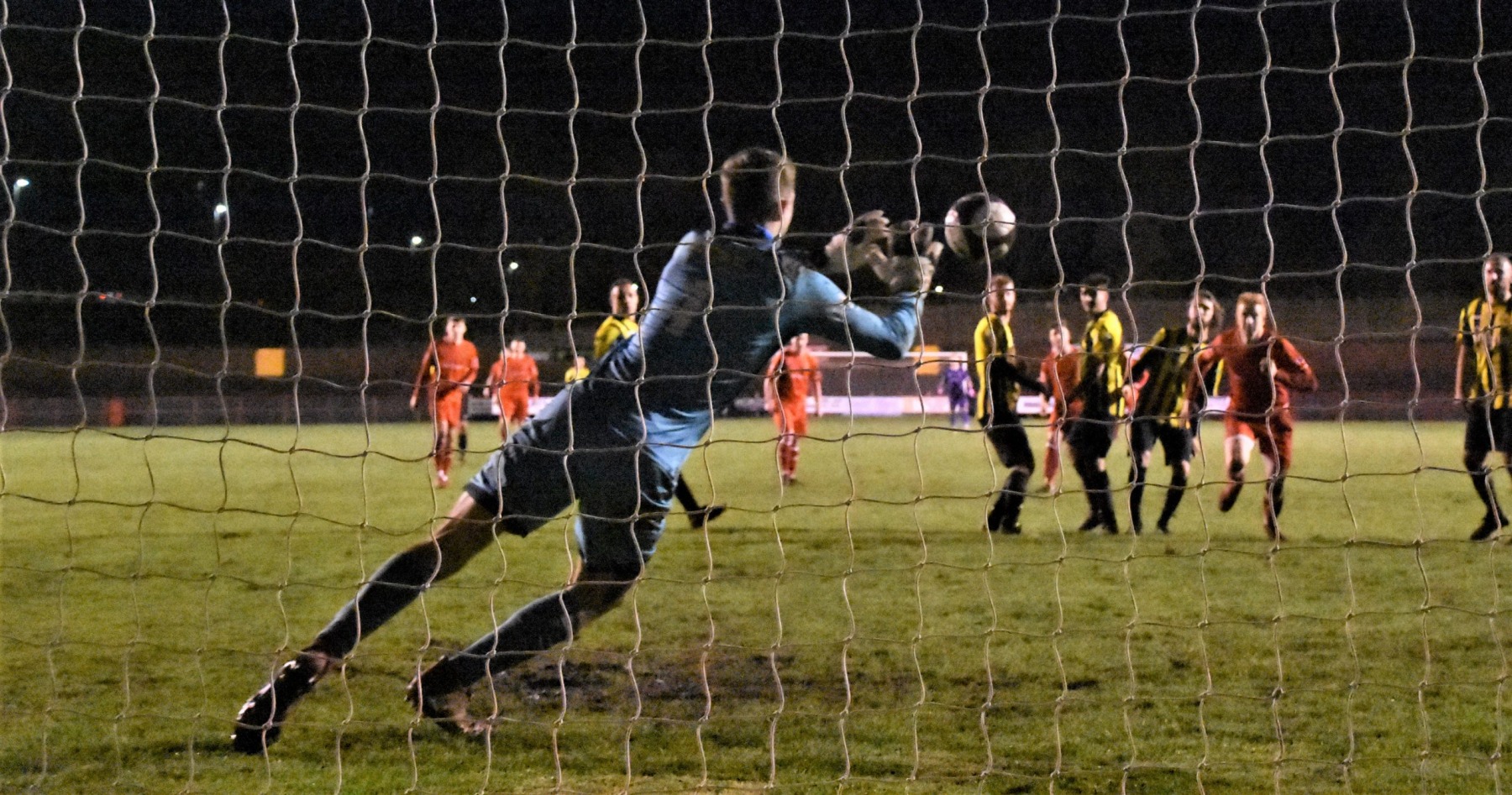 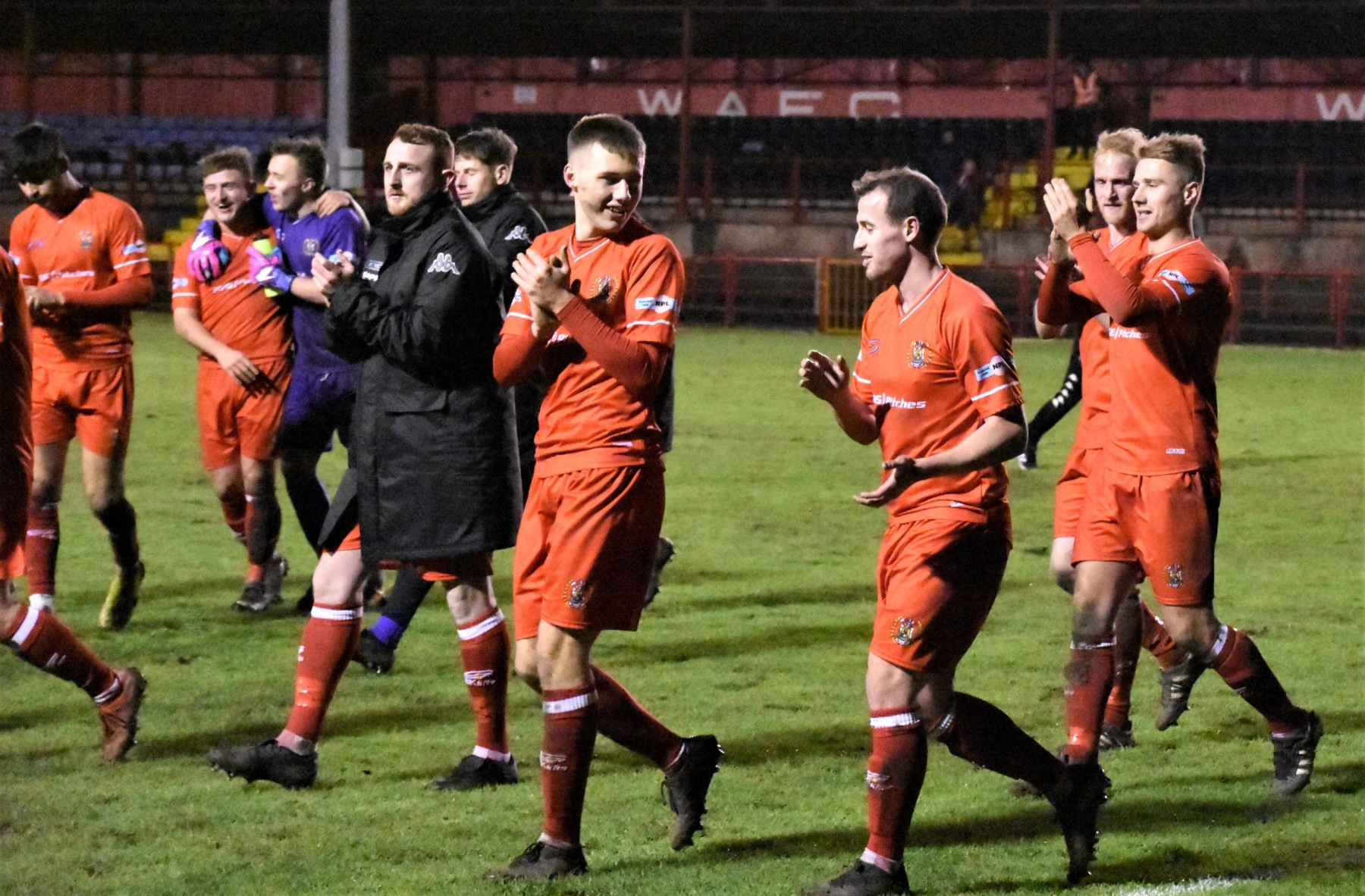