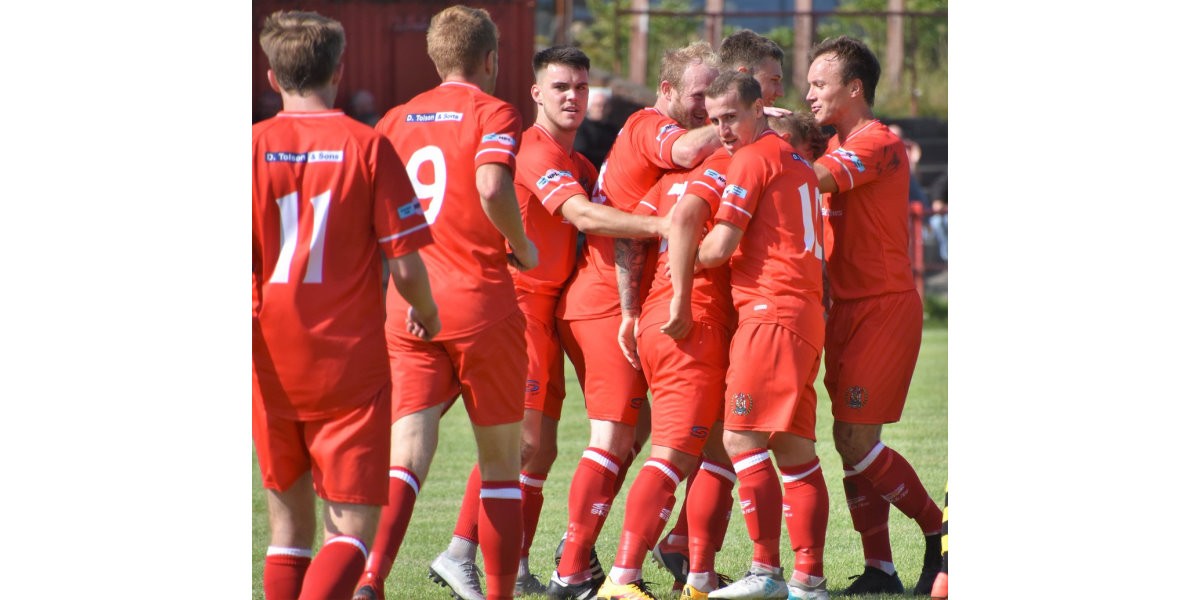 Whatever happens in the remaining thirty seven league games this season, the emphatic opening day win was a fitting reward for so many people.

First and foremost, hats off to new manager Danny Grainger who has changed the mood to one of optimism and hope amongst the players, directors and supporters.  Then a mention for the small army of volunteers who have put the hours in getting Borough Park ‘presentable’ in such a short time. And what about the players new and old, the commitment they have shown over one of the best ever pre-seasons has been admirable.

Finally, for the long suffering fans who endured that painful, club record losing run last season this result was just what the doctor ordered.

We know there are more difficult games ahead, and realise we won’t create as many chances as we did against Town in every single match, but any other outcome on a blustery afternoon was unthinkable.

And yet, for forty five minutes, first time visitors Pickering looked capable of spoiling the day before succumbing to rampant Reds who dominated the second half.

Heroes were plentiful but two eighteen year old debutants, Liam Brockbank and Ceiran Casson, displayed maturity beyond their years suggesting they have a bright future ahead at a much higher level.

Casson, on his birthday no-less, scored Reds fourth goal of the afternoon having earlier received a belated card (of the yellow variety) from the referee following a rash challenge.  A day he will never forget.

Brockbank was unlucky not to score himself and looked impressive, both defensively and going forward.

Brad Hubbold, made another ‘Iniesta’ type contribution and was at his effervescent best throughout, scoring a goal early in the second half which paved the way to a convincing victory.

But it was Dav Symington who collected the man-of-the-match accolade with a goal in each half and an entertaining duel throughout with Pikes’ goalkeeper, Harrison Foulkes.  If it hadn’t been for the latter, Symington would have gone home with the match ball with the ‘keeper denying him further goals with a string of fine saves.

It was Symington who had the satisfaction of scoring Workington’s first goal of the season, christening the new Borough Park nets after half an hour.  His thunderous strike almost decapitated a defender as the ball flew past Foulkes and Reds, deservedly, were in front.

But their joy was short-lived and, less than a minute later, Town were level.  Dan Davison picked up the loose ball and his quick feet found the space he needed to slot the ball past Jim Atkinson with a confident finish.

Atkinson, also making his Reds debut, had made a very important save early in the game to thwart Leon Dawson.

So, all square at the break but a great response from the hosts on the restart.

They had noticeably moved up a gear and within five minutes took control of the hitherto even contest.

Hubbold scored his first league goal for Reds with a precise low right foot shot and the outcome was never in doubt from thereon.

Symington netted Reds’ third, his second of the afternoon, from a free kick after sixty-five minutes before Casson’s champagne moment a quarter of an hour from time.

Nathan Waterston did ever so well in the build-up to the fourth goal, first charging down Foulkes’ clearance then re-cycling the ball into Casson’s path who forced the ball home from close range.

Pickering enjoyed a few late sorties into Reds territory but Atkinson was in no mood to concede a second goal. 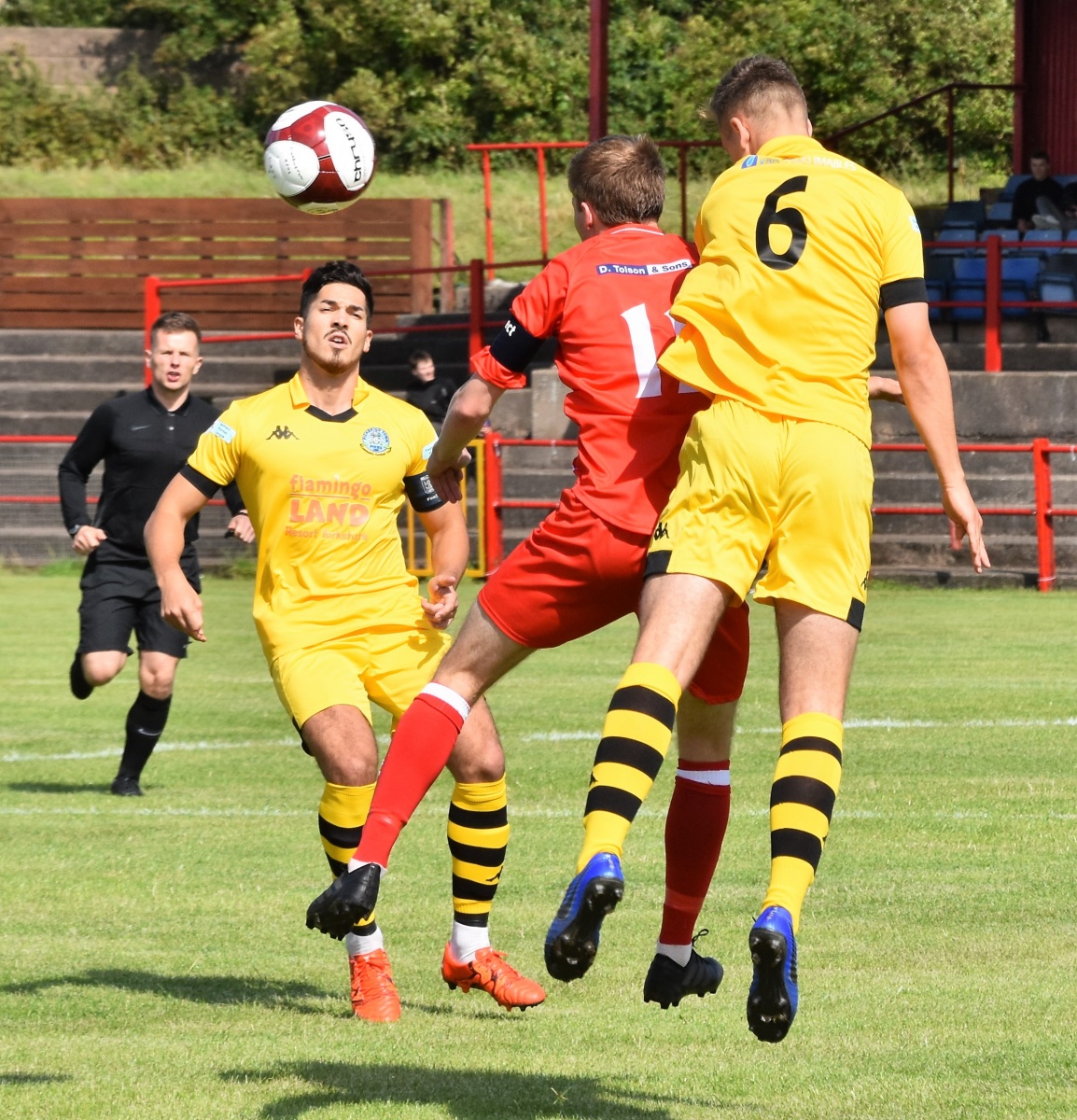 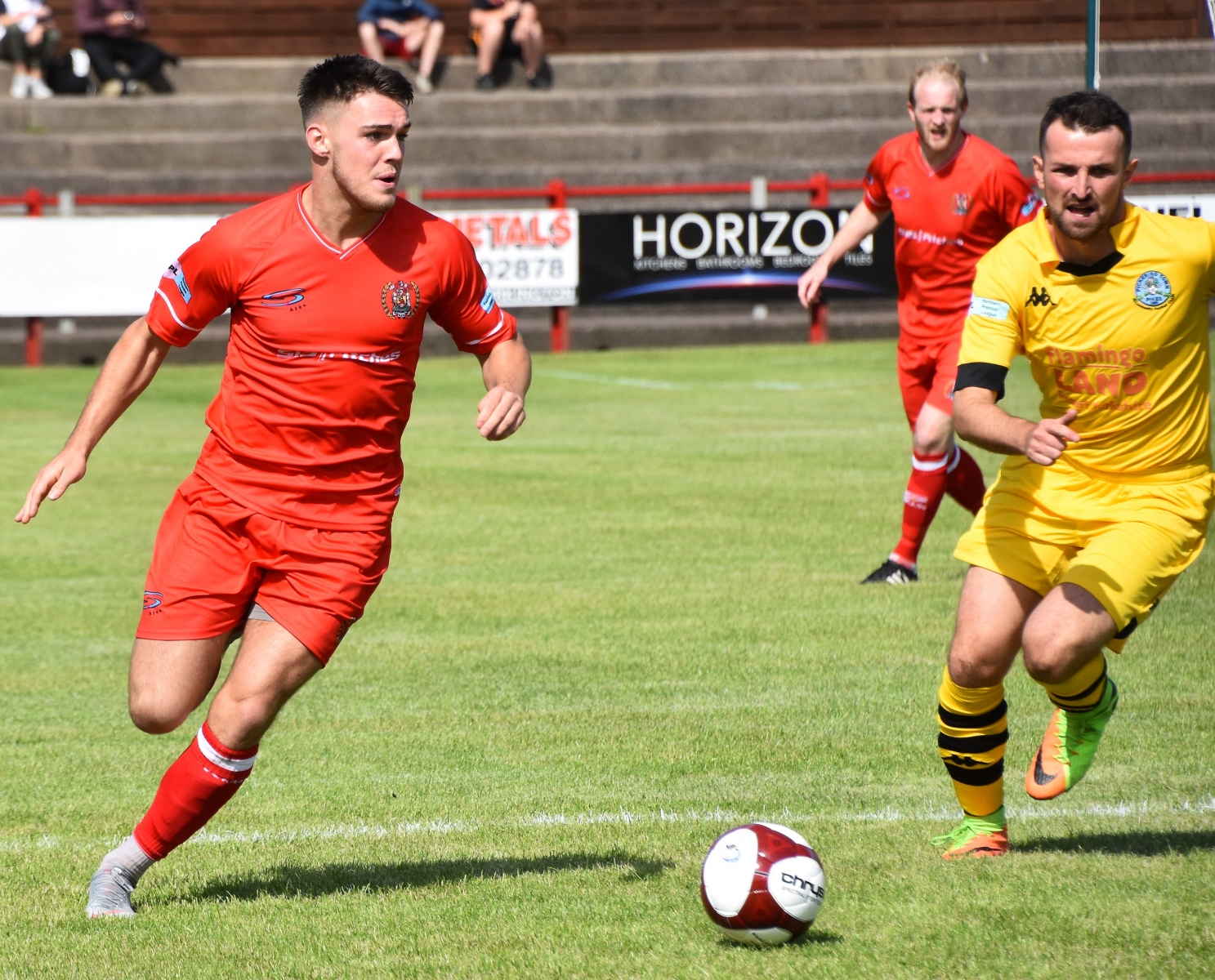 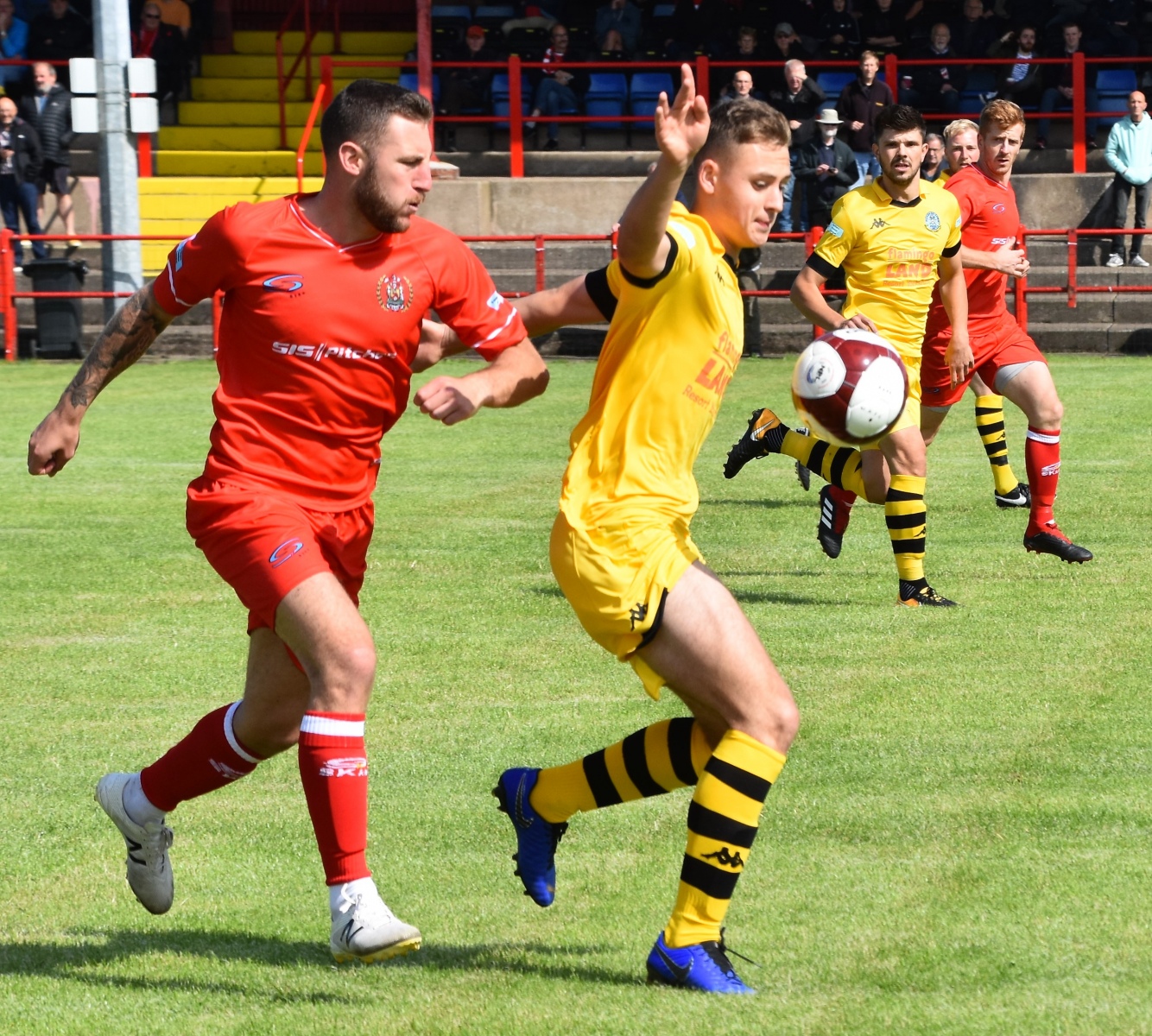 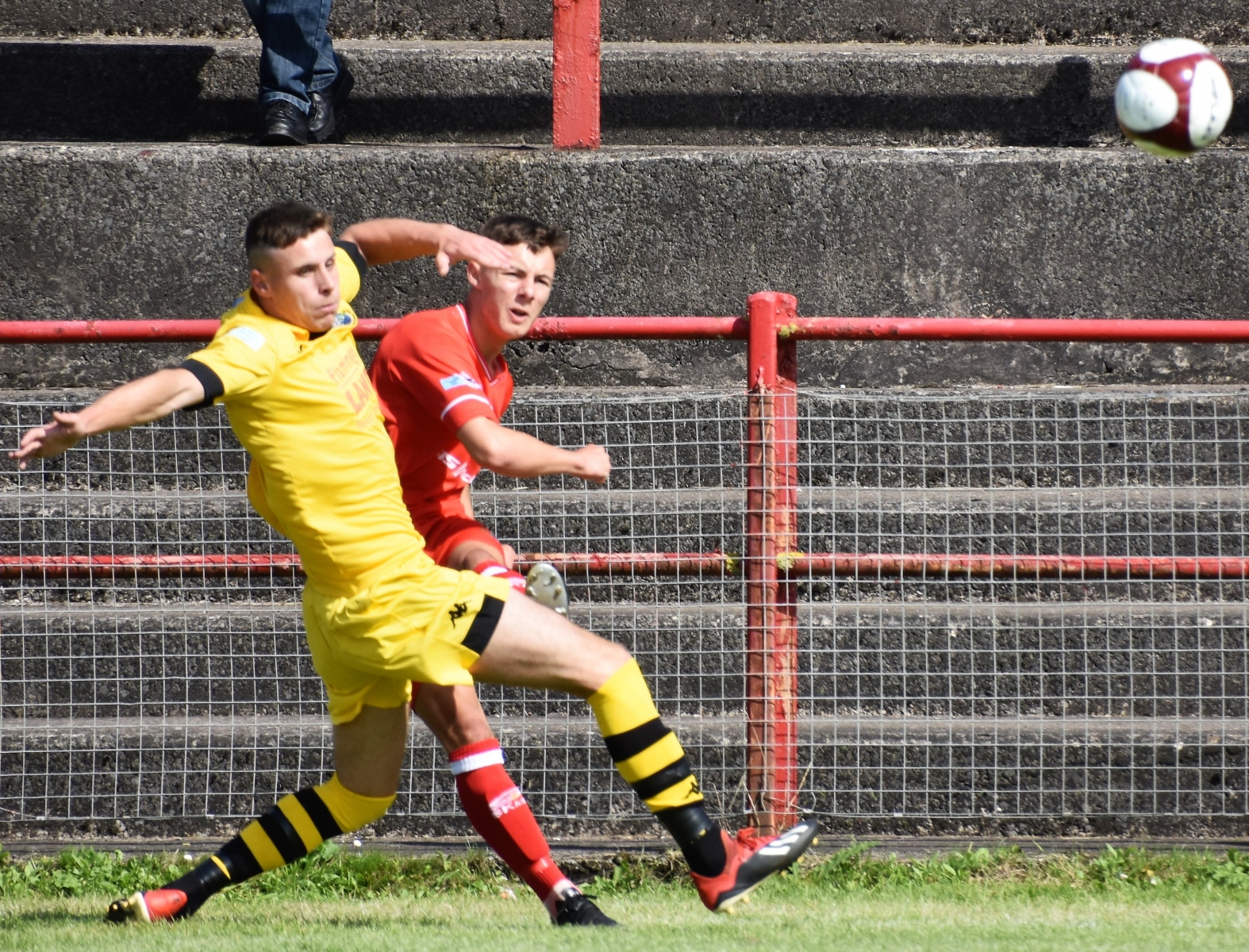 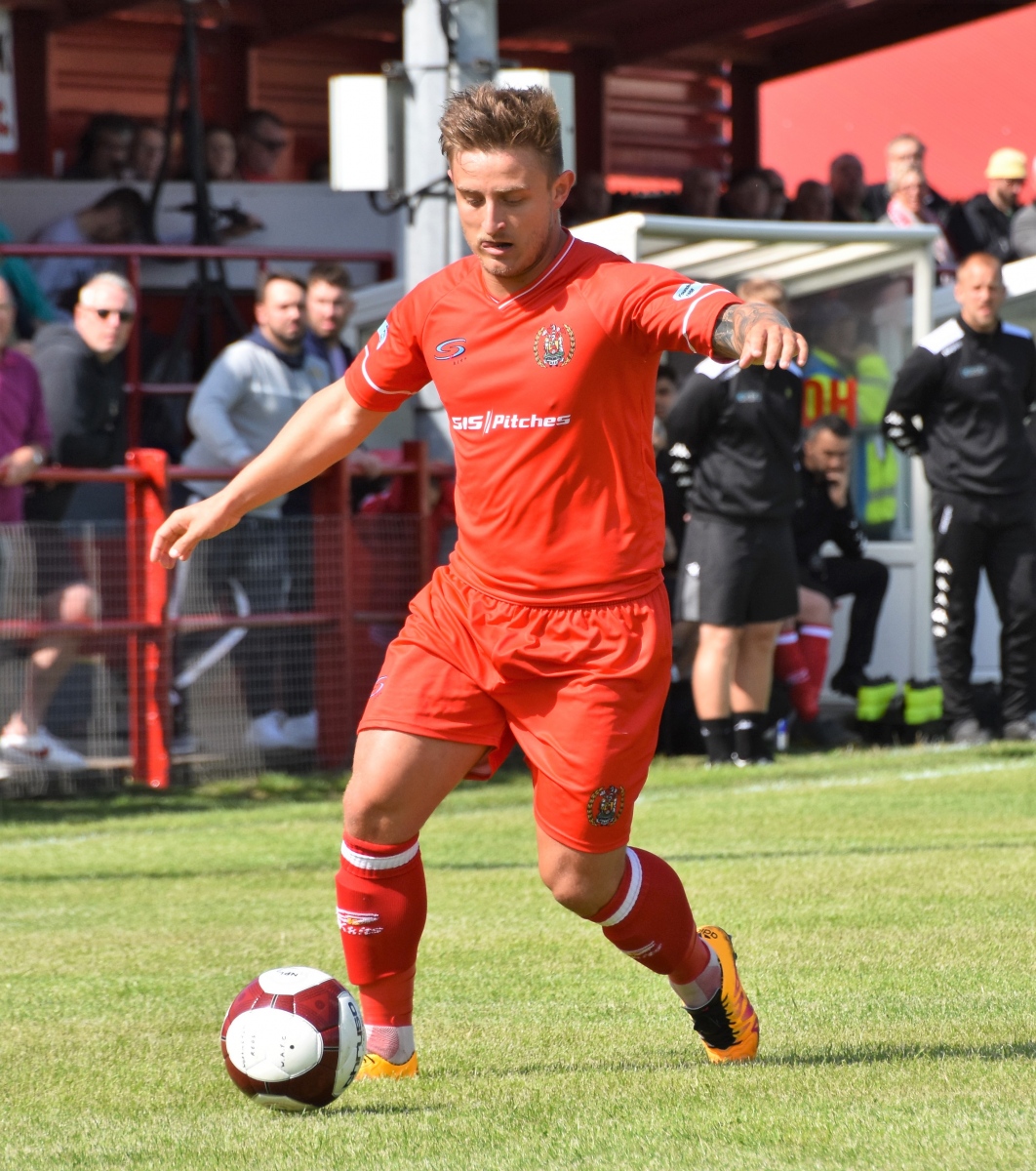 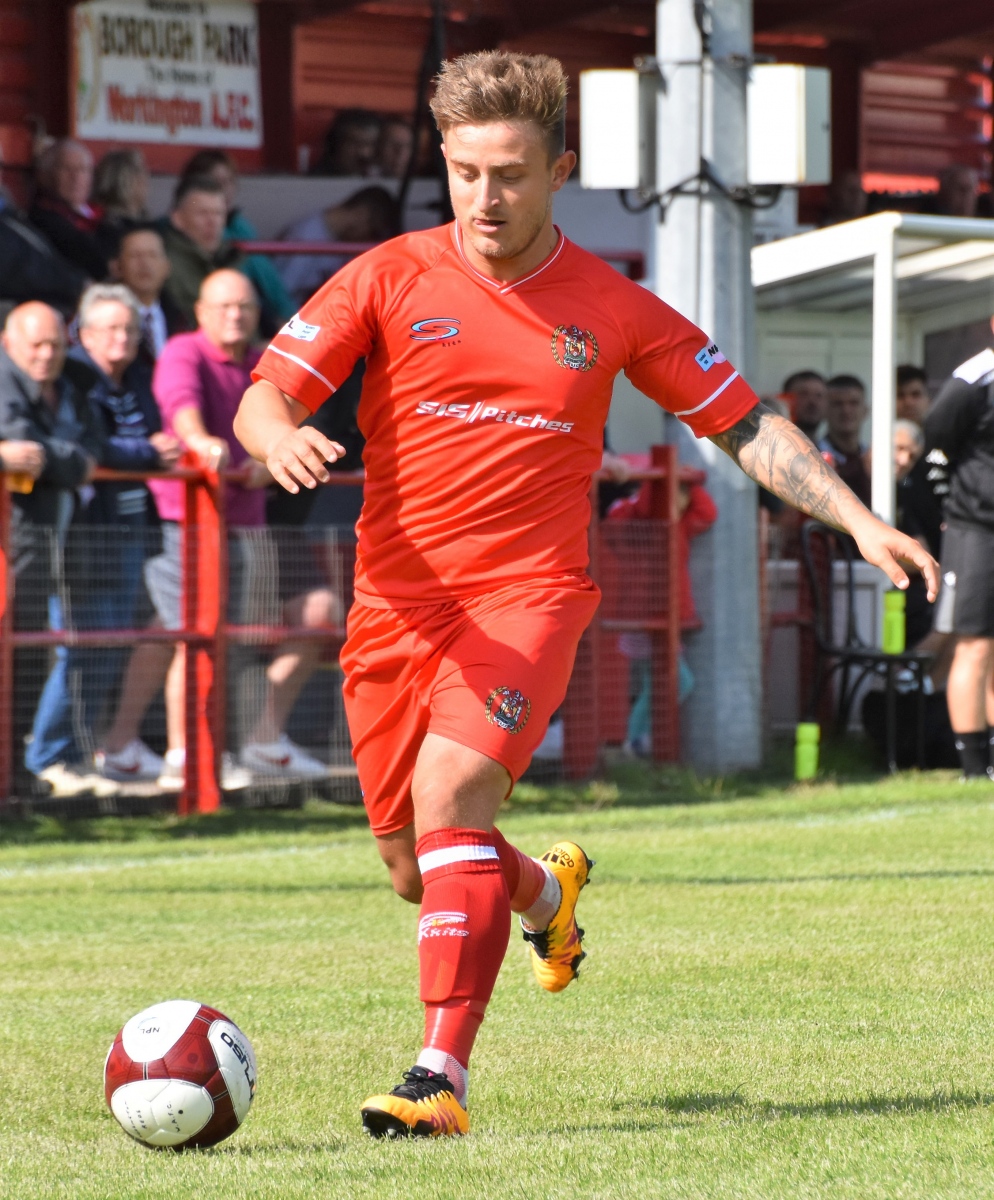 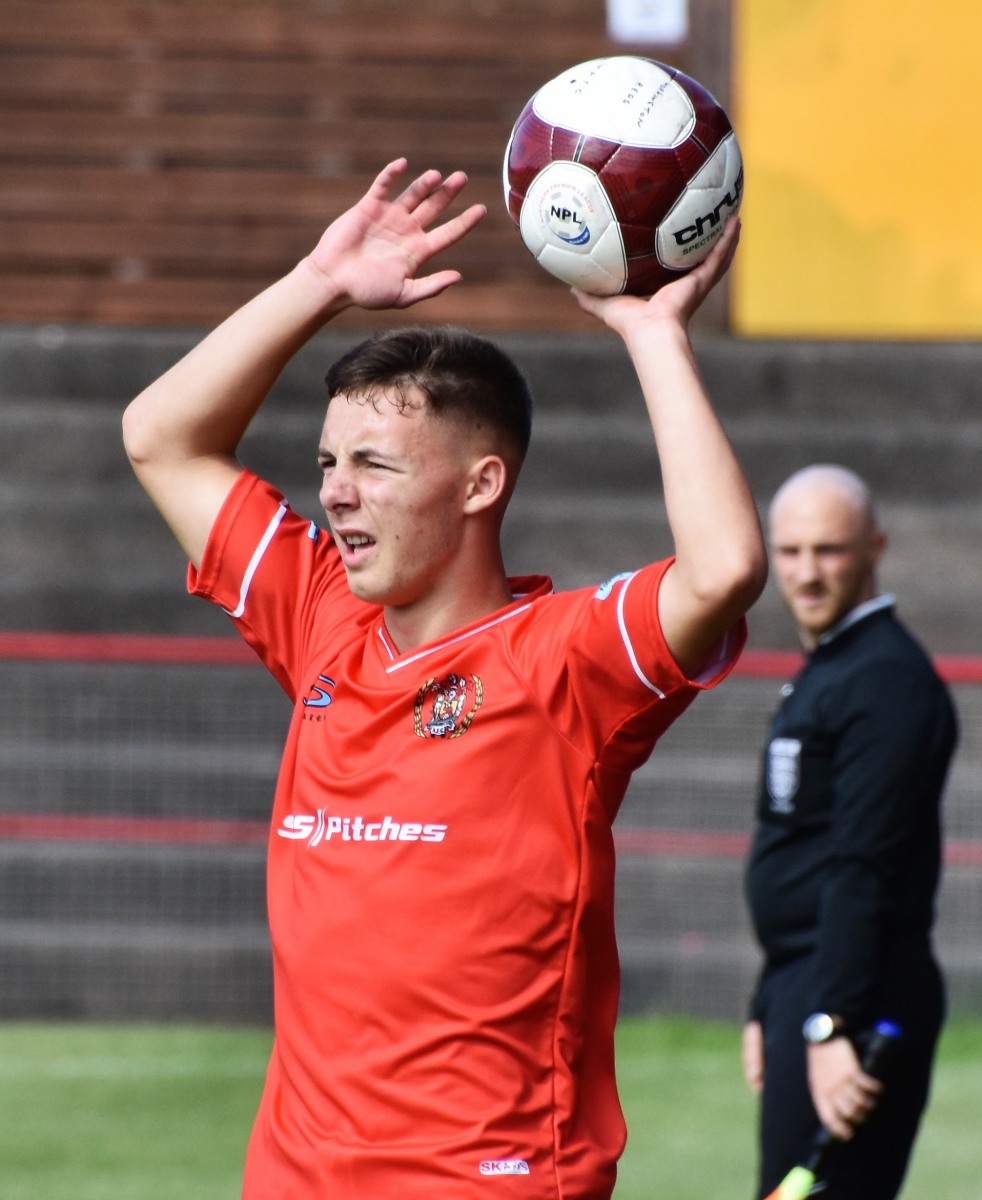 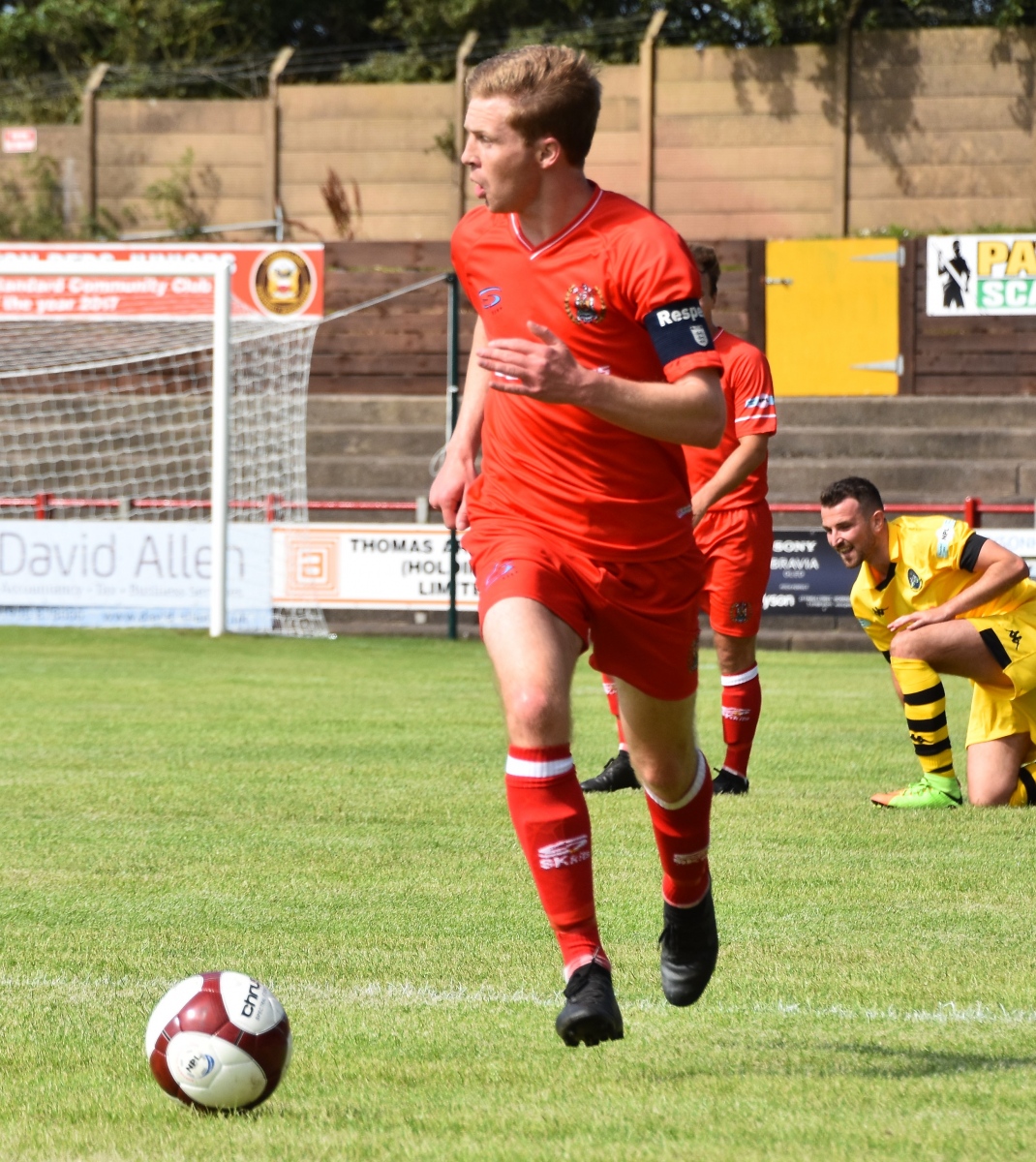 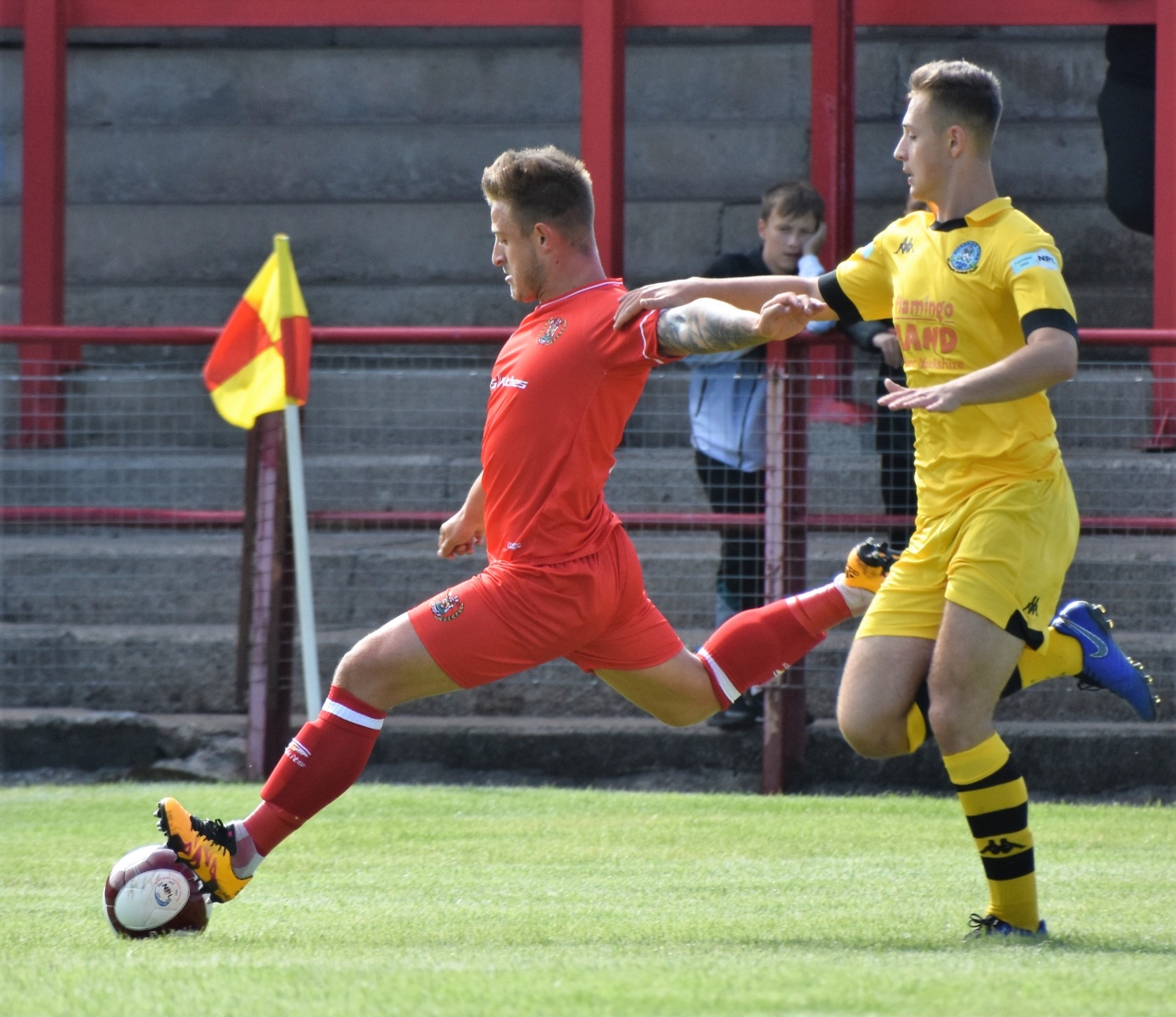 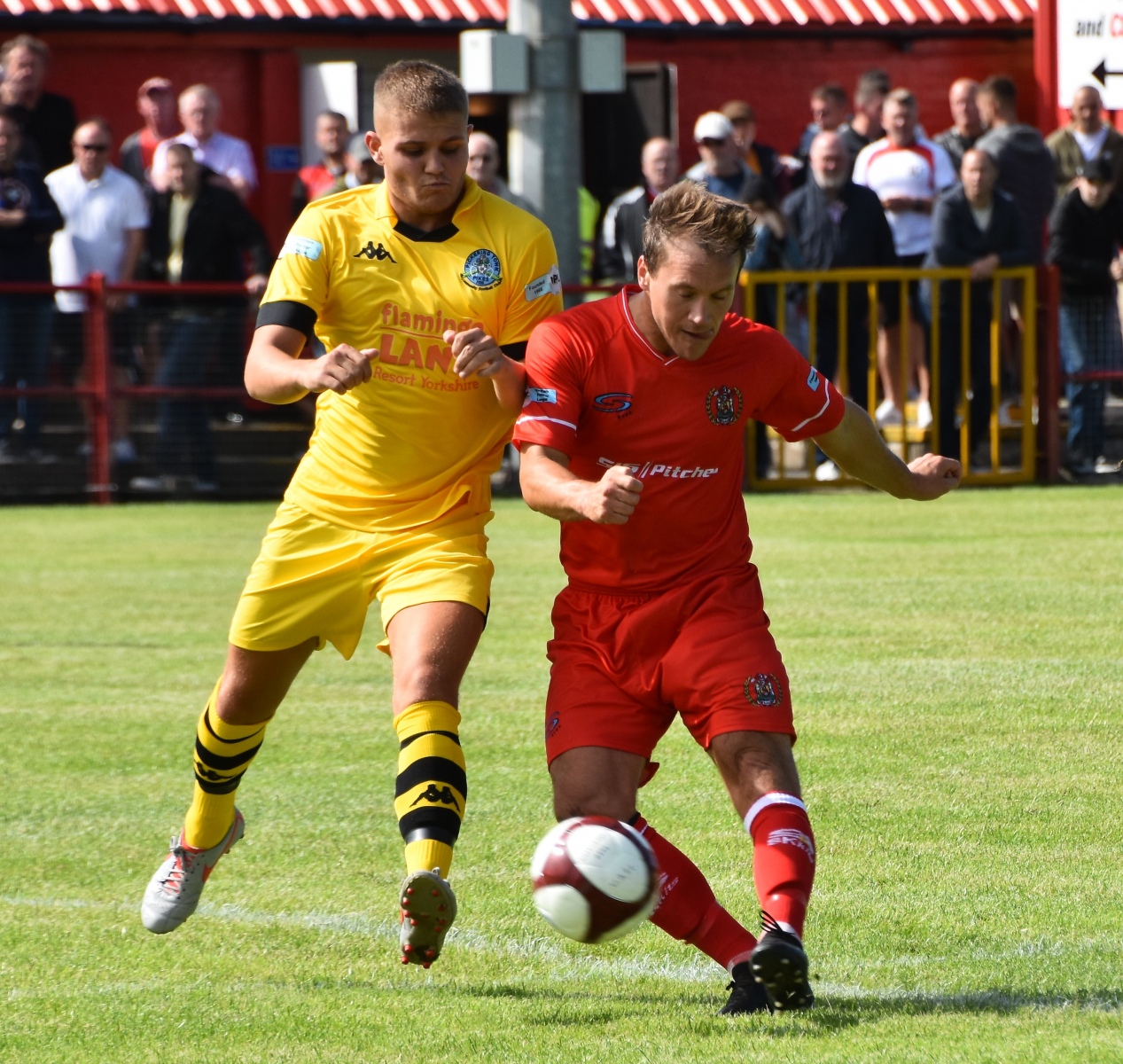 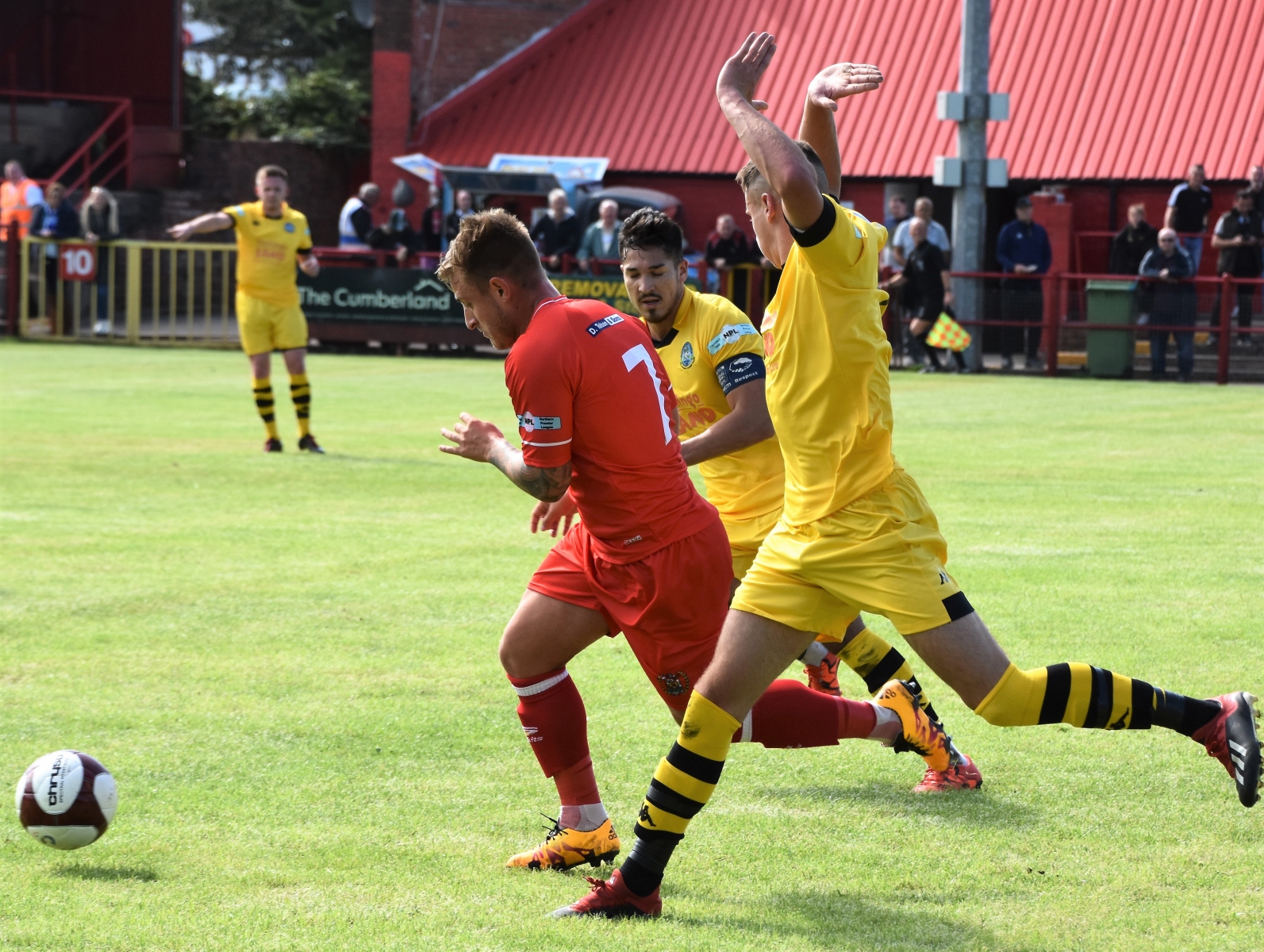 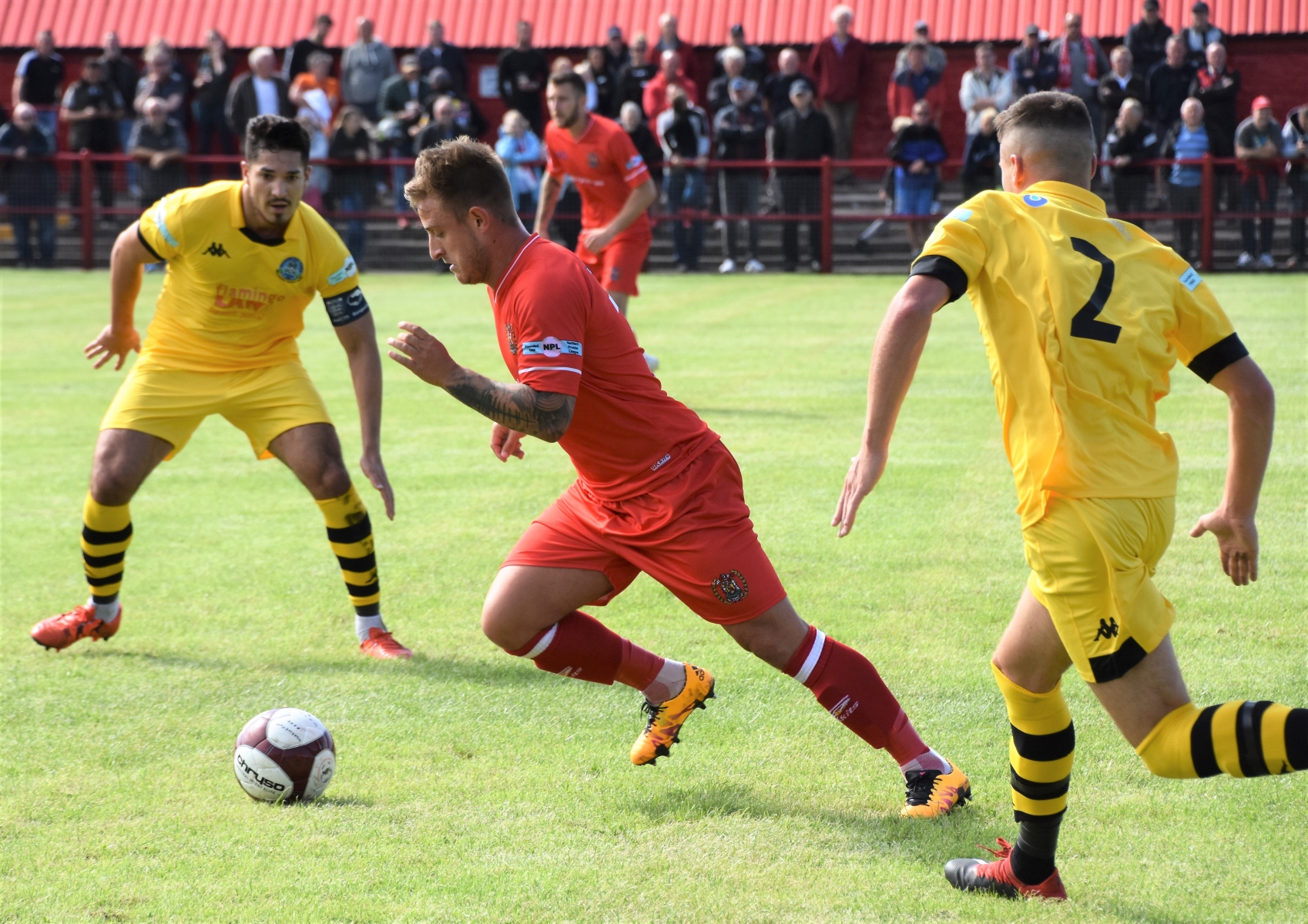 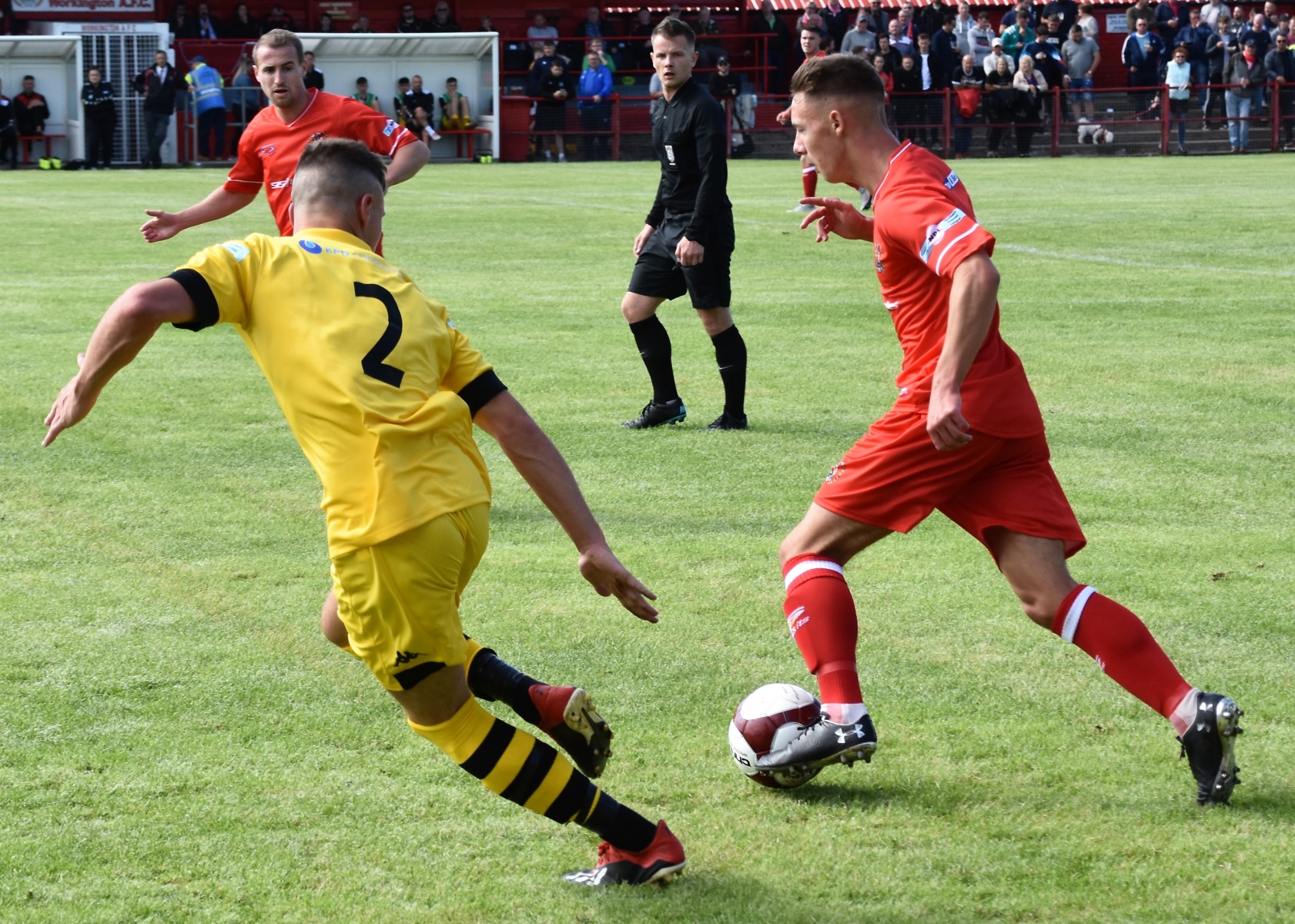 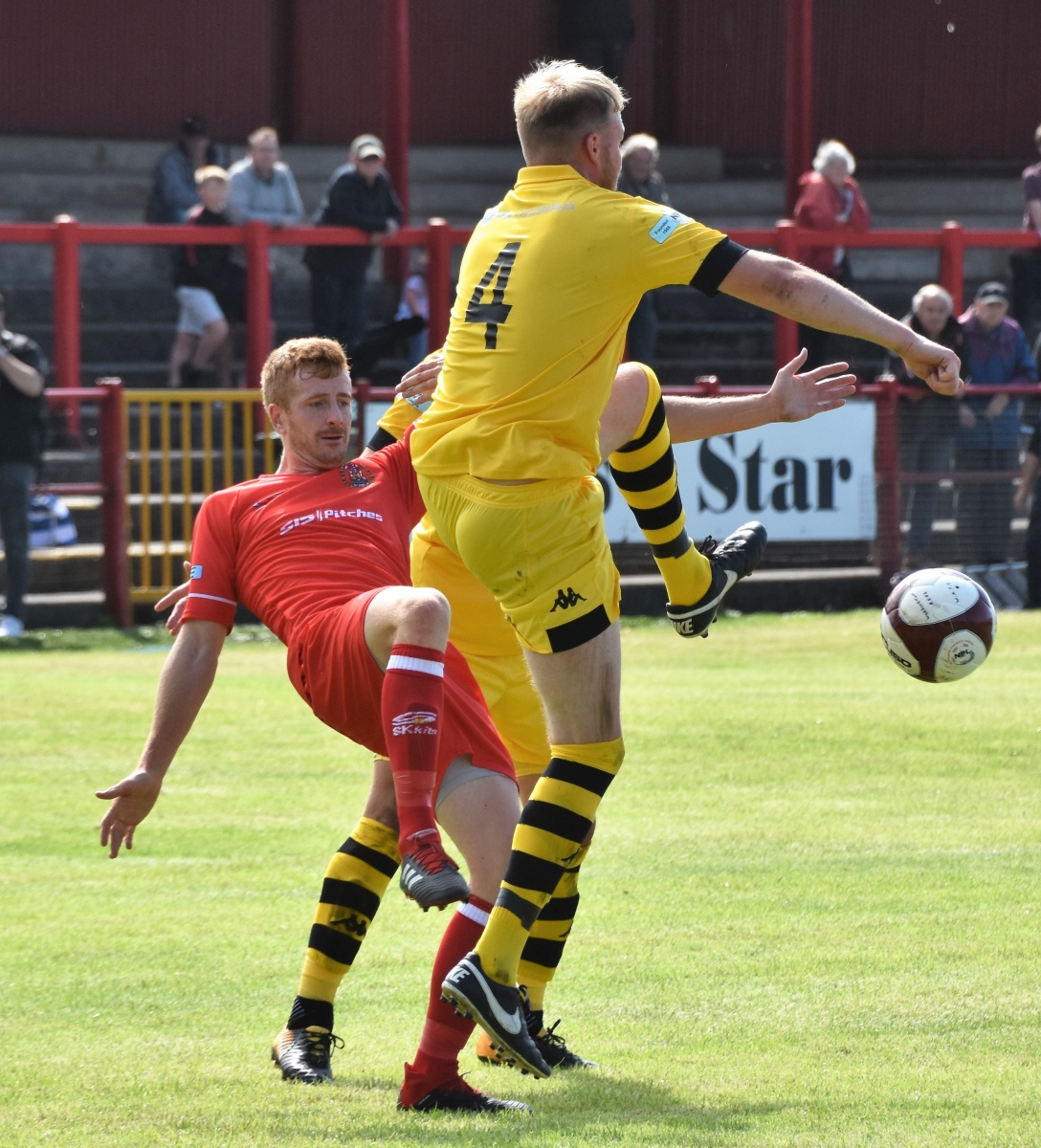 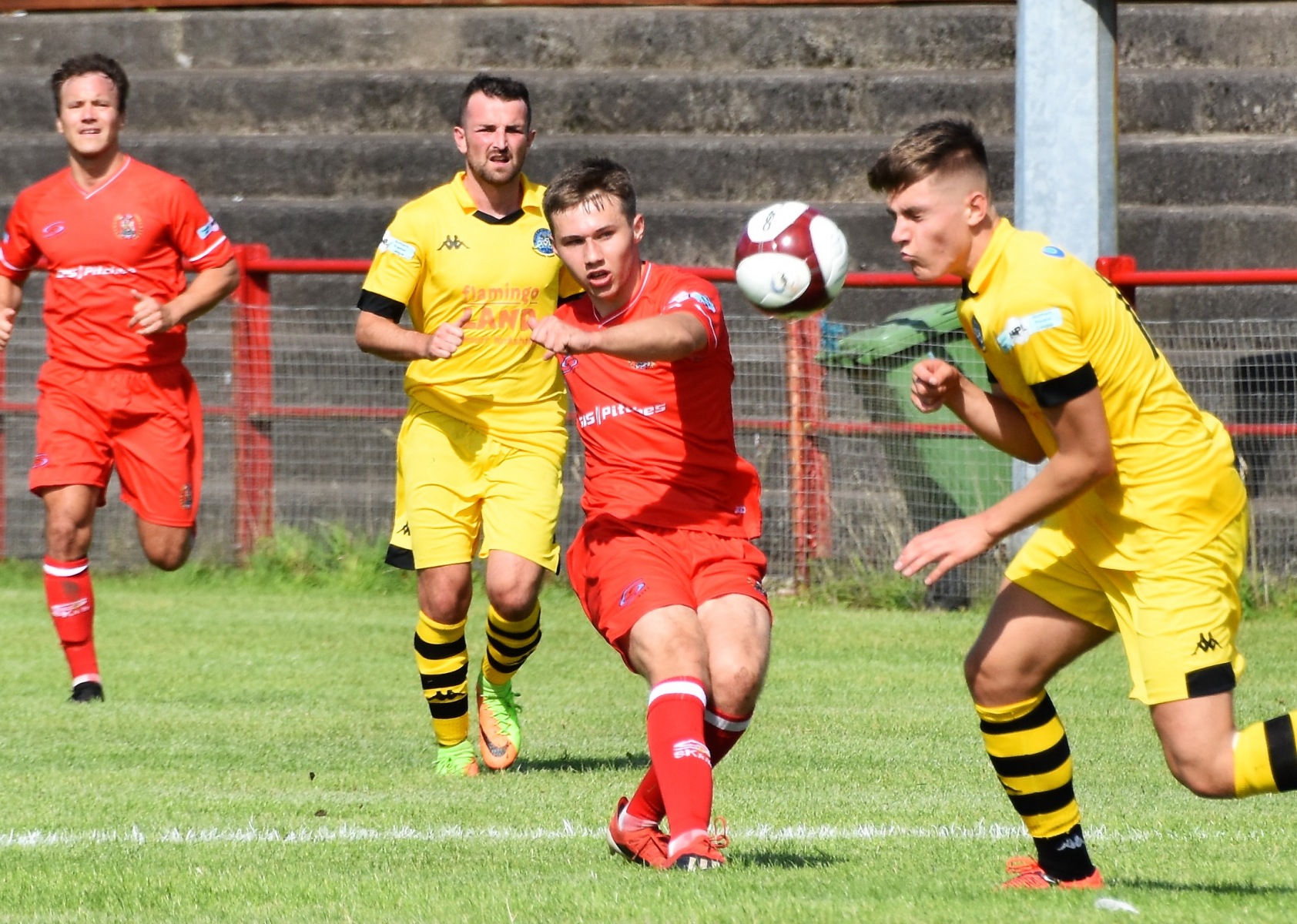 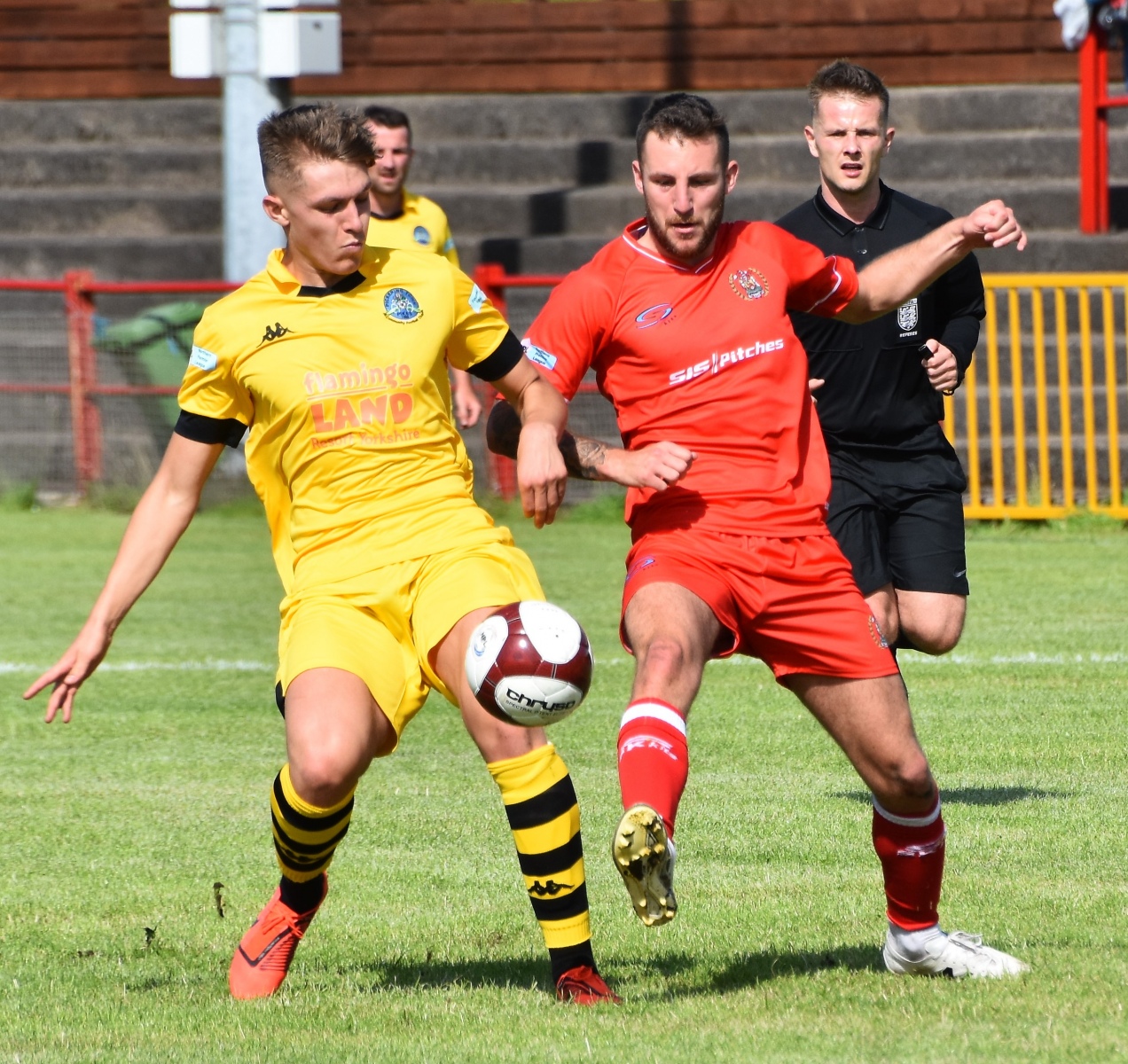 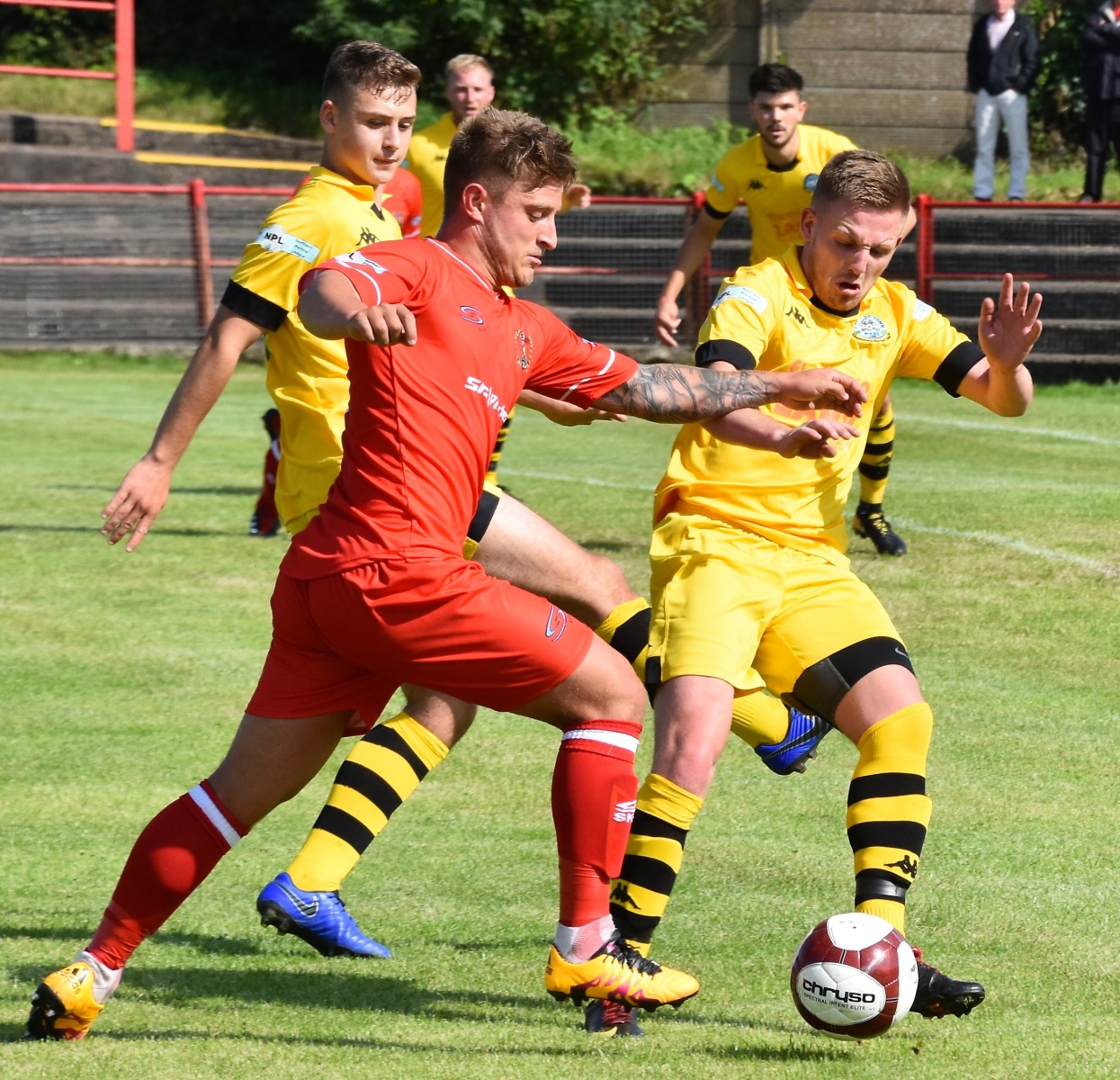 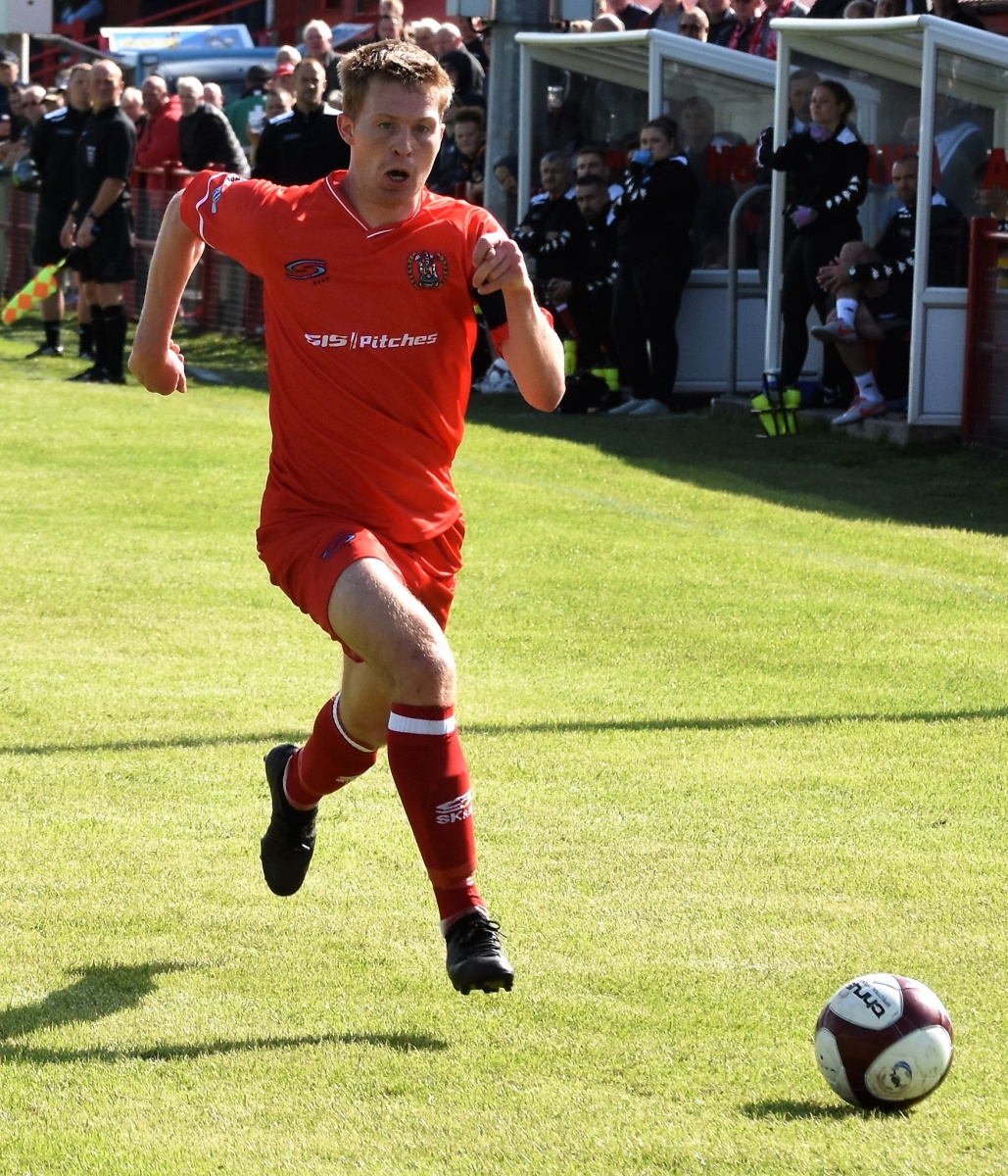 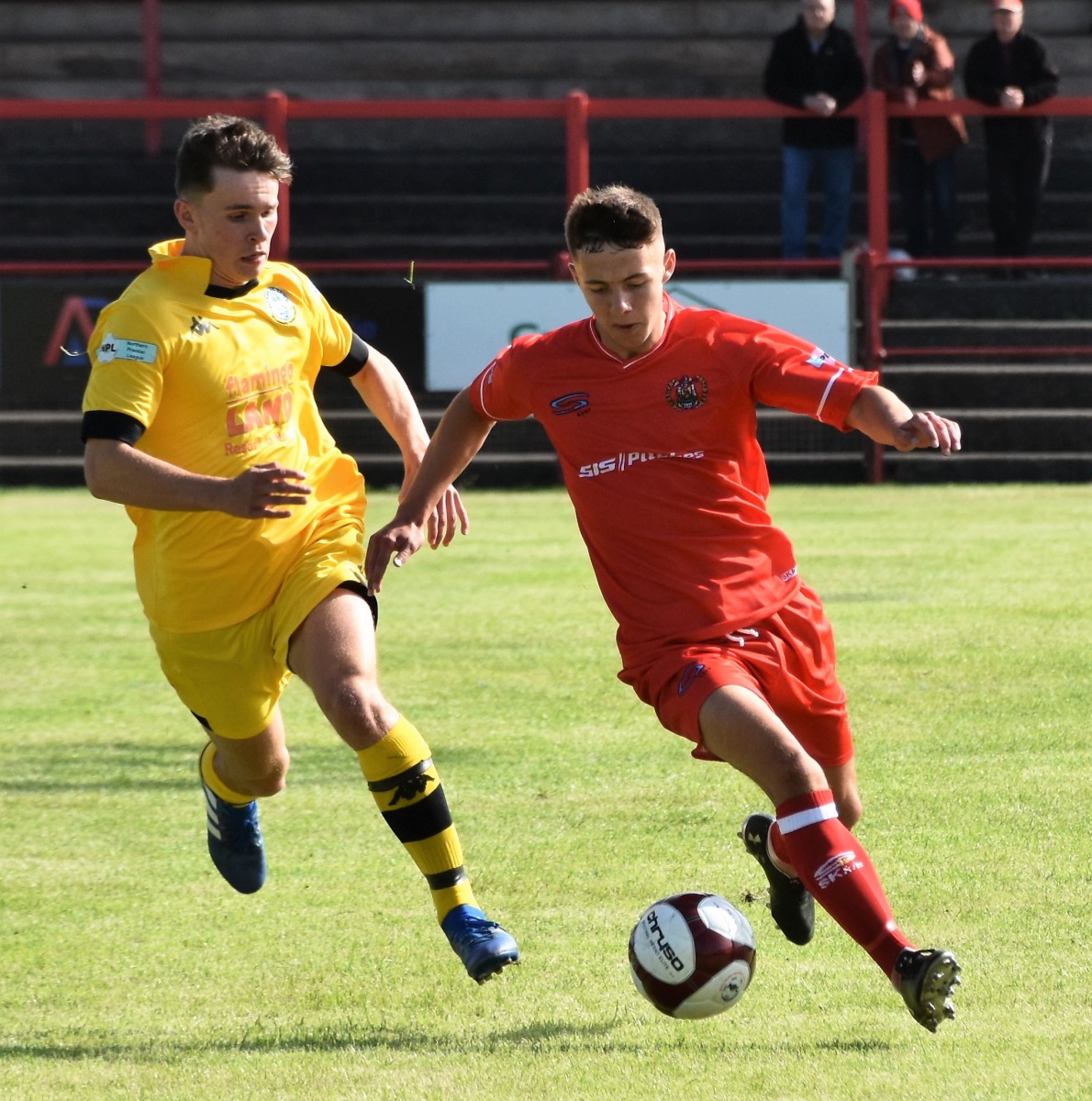 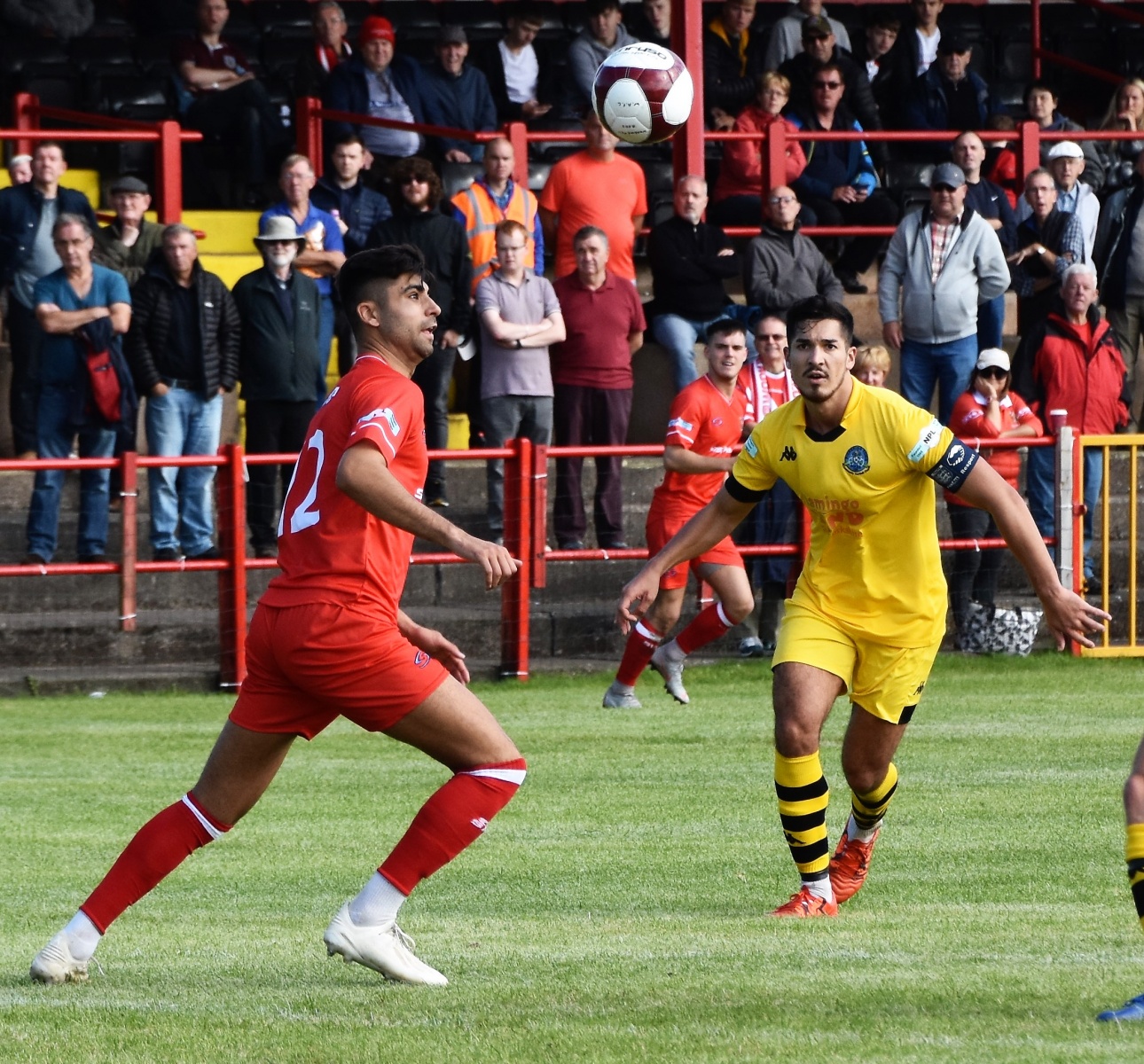 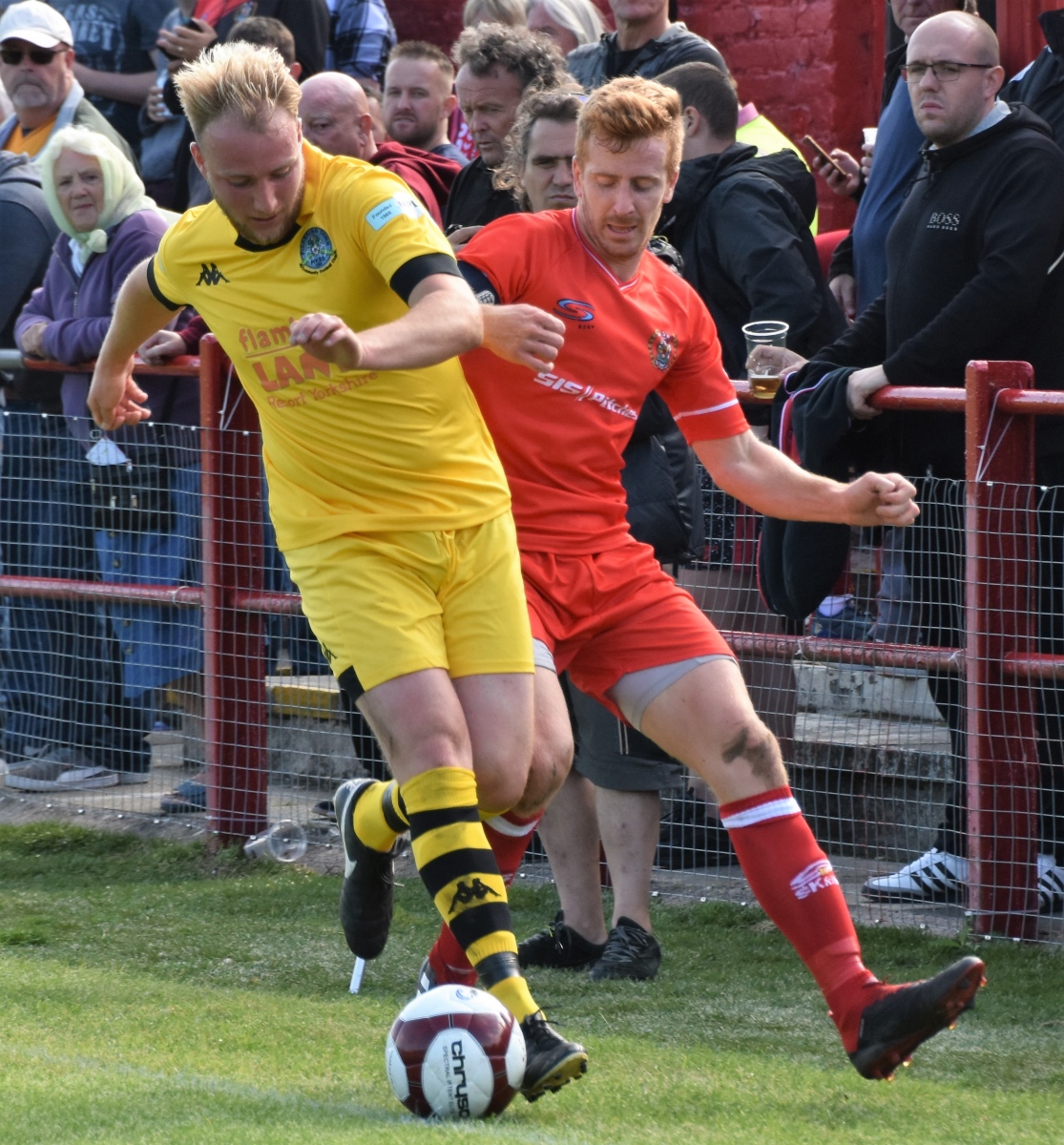 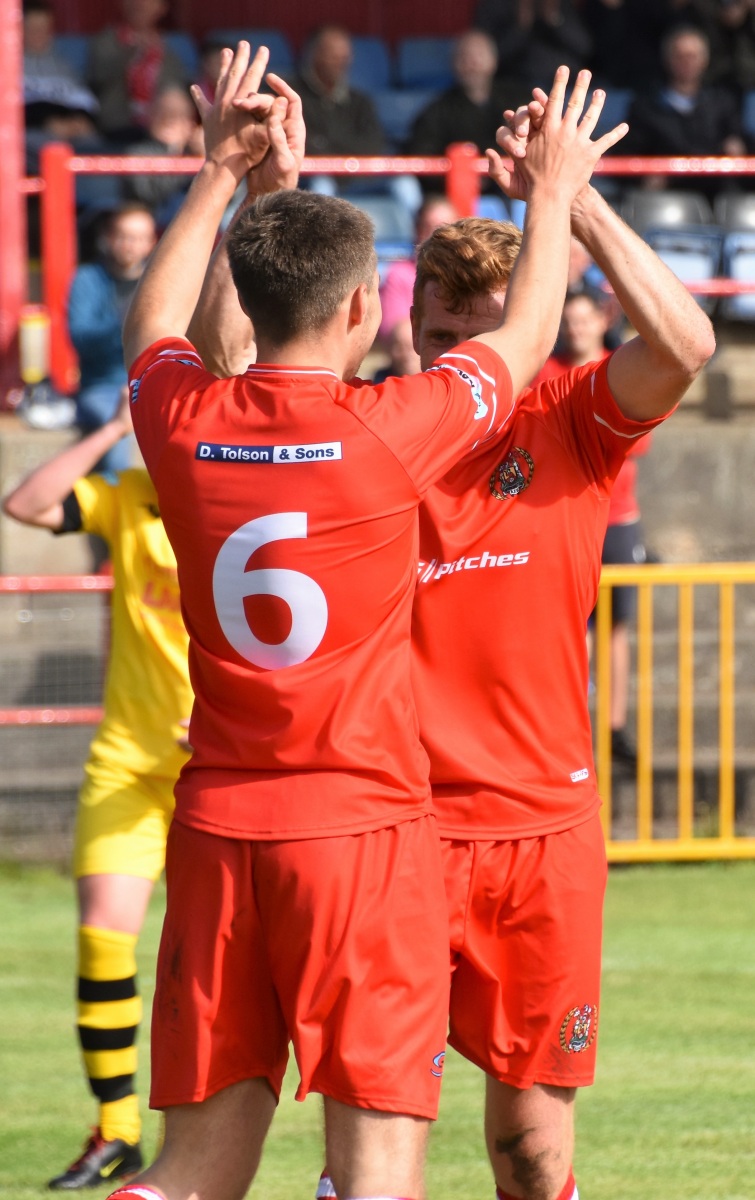 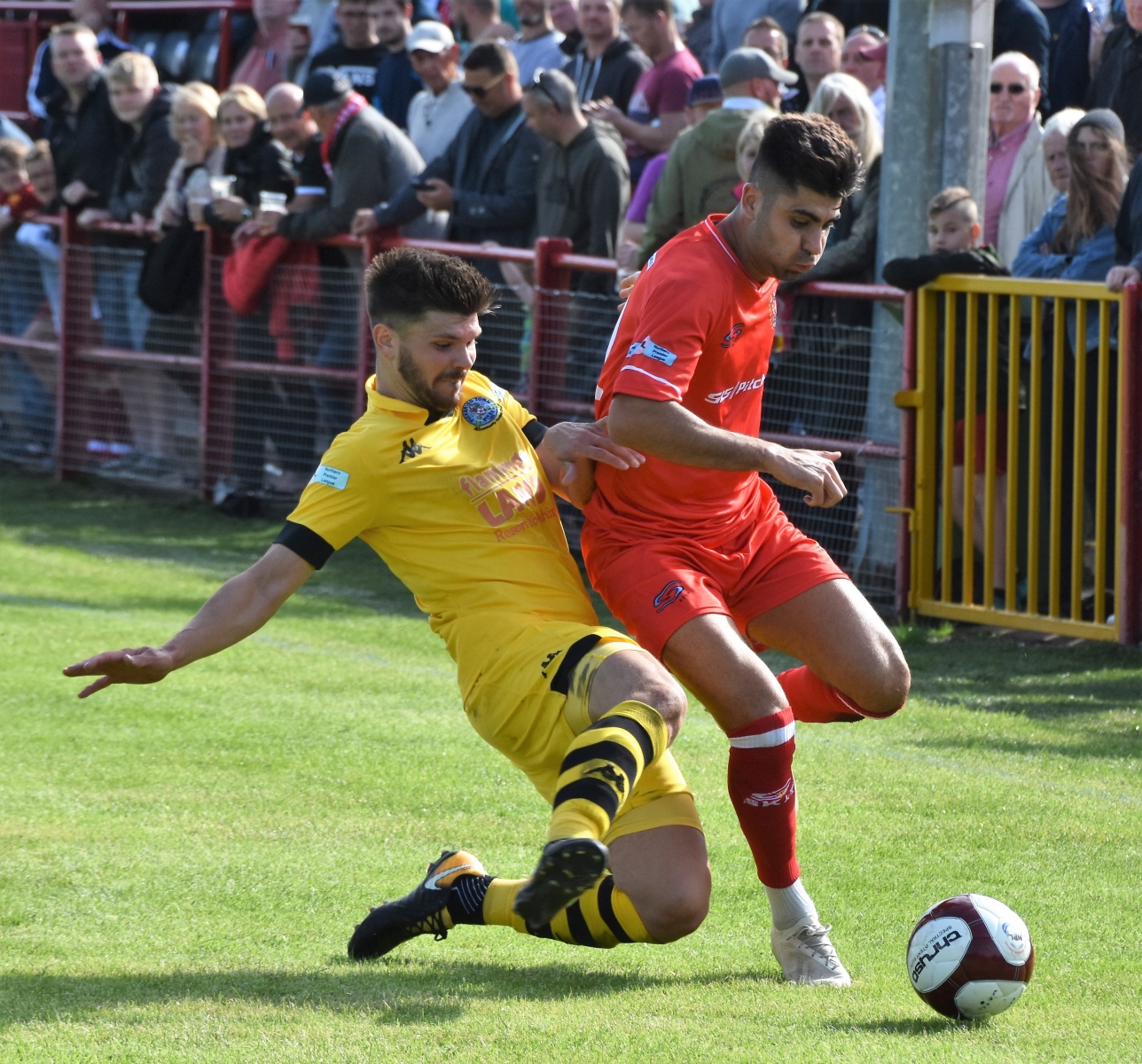 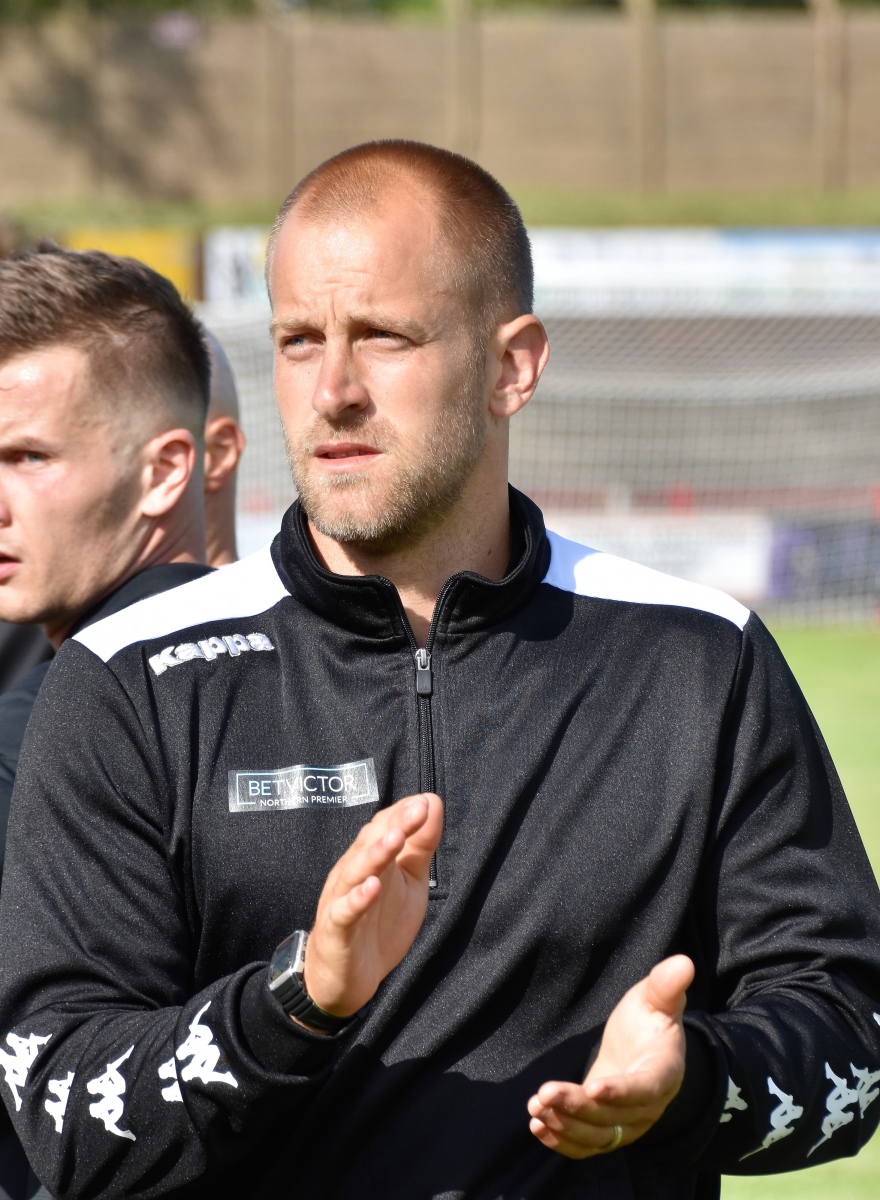 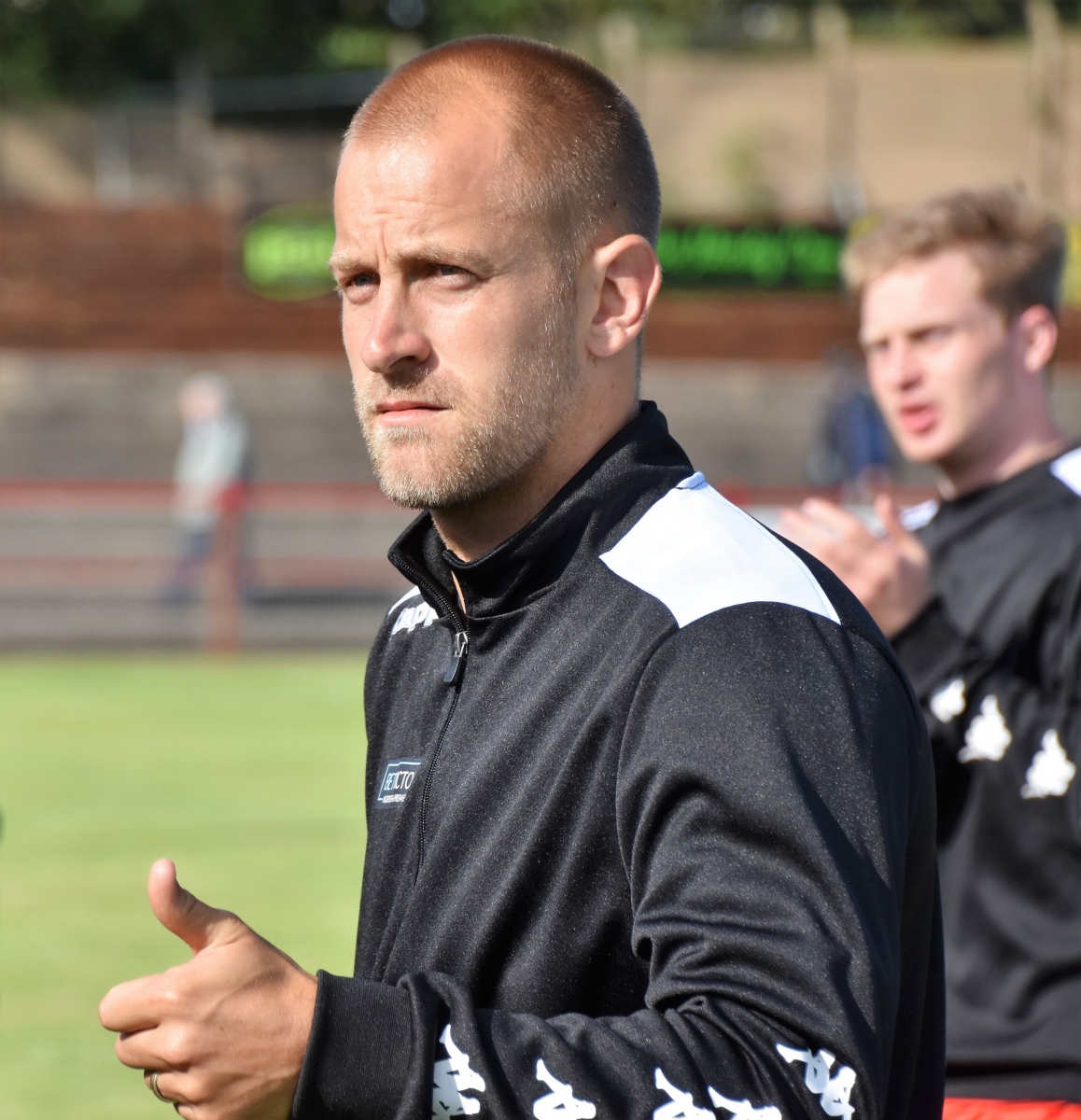 Having being at the foot of the table throughout 2019, Reds ended the day as leaders of BetVictor’s NPL North West Division – a situation they would relish come 25 April next year!