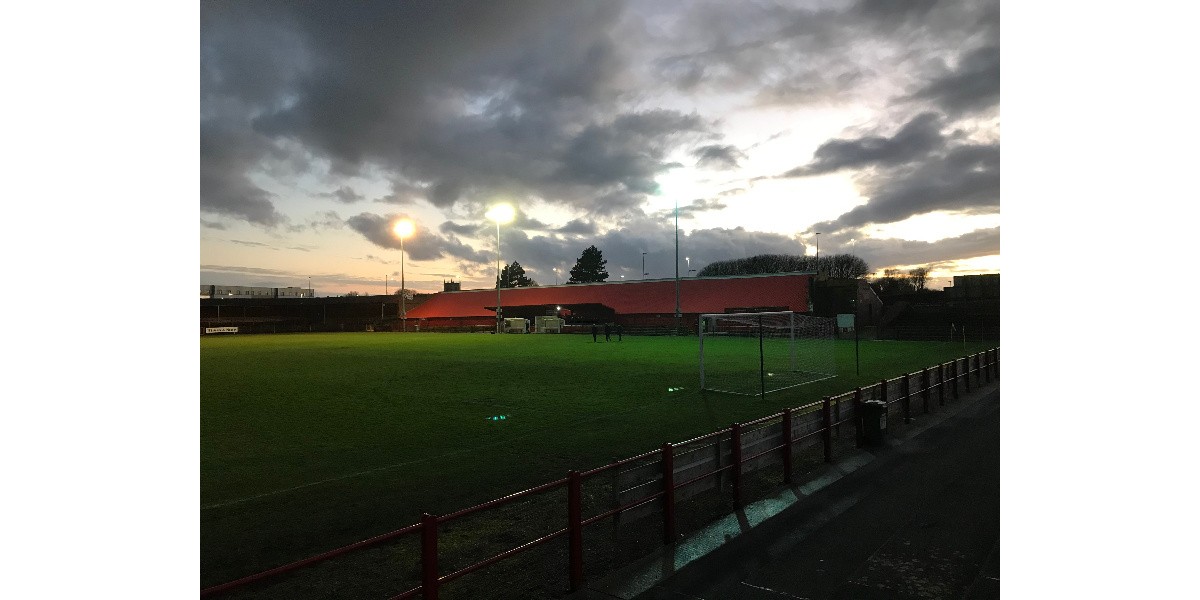 The football fraternity of west Cumbria appear to have turned their backs on Workington’s impressive bid for the NPL North West title with another disappointing attendance witnessing Danny Grainger’s table-toppers register a seventh successive victory.

Or maybe the missing hundreds sensed that this would be one of Reds’ least impressive performances of the season and had a collective ‘night off’. Without labouring the point, the team deserves better.It was a perfect night for football – no gale force wind or driving rain to contend with – but the playing surface was anything but.

And Reds seemed to be in two minds, retain their short passing game or go a bit more direct and, overall, they didn’t master either. Ball retention and passing was well below the standard they have set this season and the diagonal long ball became a little too predictable after repeated use.

The upshot was that an efficient Mossley outfit looked the better team on the night but their neat and tidy football lacked a cutting edge and clear-cut opportunities on Jim Atkinson’s goal were few and far between.

Yet the home side got off to the best possible start after, it has to be said, a swift flowing move. Conor Tinnion found Scott Allison who controlled the ball, turned and released Nathan Waterston through on goal. The latter advanced into the area, kept his composure and finished with aplomb.

But Reds could not build on that fourth minute advantage and were second best for the majority of the game.

This Workington team has many qualities, though, and they remained resilient throughout. It wasn’t pretty, more winning ugly I would suggest, but that dogged determination eventually saw them through.

Mossley arrived with a decent unbeaten run behind them and deserve credit for a confident performance. But for all their possession and set pieces, they floundered on the rock that was Workington’s defence.

Their best efforts, one in each half, saw Ben Halfacre’s low shot gathered by Atkinson and then Kayde Coppin turn well only to shoot into the side netting.

And as poor as Reds were, they still created numerous chances before converting that so important second goal near the end.

Dav Symington dragged one effort wide and had a low free kick saved by Liam Lovell, Waterston failed to convert into an open net then saw a close range header gathered by the ‘keeper and Dan Wordsworth had a goal-bound header cleared off the line before stabbing a close range effort against the woodwork.

It was from the rebound that substitute Millenic Alli drove home the second goal ten minutes from time to secure a hard fought win.

“A rugged team performance tonight – a bit lack-lustre on our part,” was Grainger’s honest post match assessment, adding, “Mossley were the better team for long periods and it was a relief to get that second goal.”