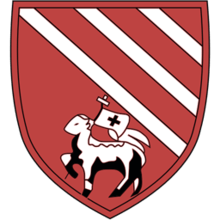 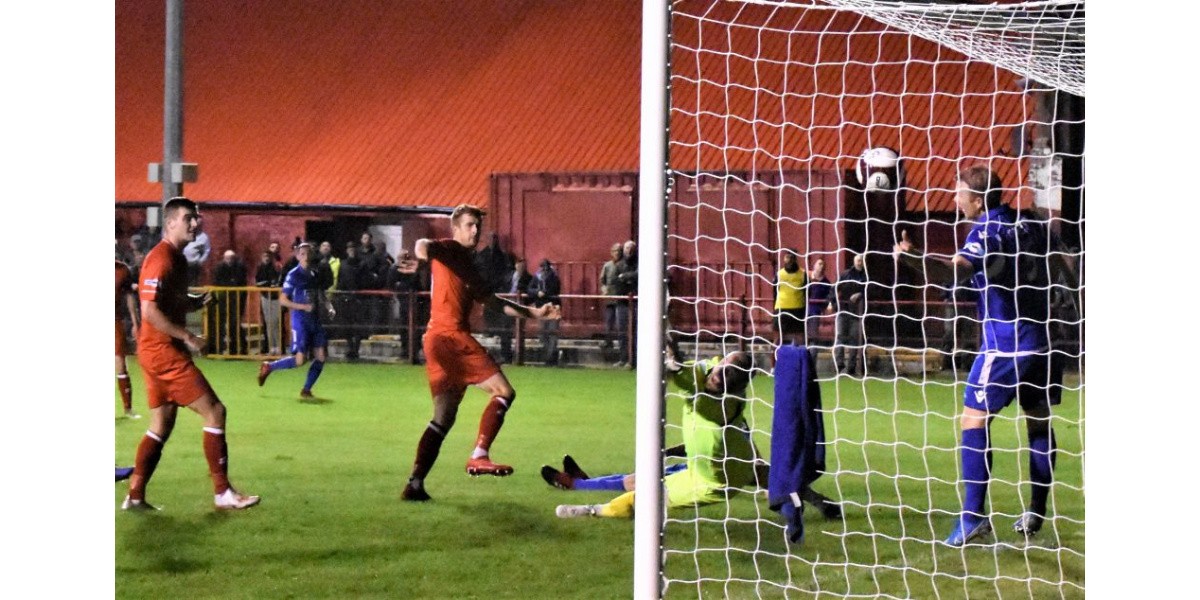 Workington’s first ever Trophy win at Borough Park was against Droylsden thirty eight years ago so nice that history was repeated in this Preliminary Round replay, with Reds recording a deserved 3-1 victory – just like Joe Wojciechowicz’s team did back in 1981!

Workington/Droylsden encounters have invariably served up entertaining football and that was again the case on a perfect night with a bright moon supplementing the floodlights.

Reds defence looked a bit rusty in the opening few minutes and it was only some desperate defending that prevented Droylsden taking the lead.

But they soon got into their stride, matched and, eventually, bettered a decent Dave Pace team to earn a trip to Brighouse Town in the next round.

Before taking a twenty-ninth minute lead with Scott Allison’s tenth FA Trophy goal, Reds had to survive two anxious moments at the other end as both Rhys Clooney and ex. Red, Andy Langford, had efforts cleared off the line by Matty Clarke and Brad Hubbold respectively. And Dan Wordsworth was rightly booked for dragging Domaine Rouse to the ground with the latter just about through on goal.

That and conceding an early second half goal apart, Reds were good value for the win with Chris Thompson certainly the busier of the two goalkeepers.

Hewas unable to do much about Allison’s opener, though, with Dav Symington providing the assist from the left and the former lifting the ball into the net with a crisp finish.

Within thirty seconds of the restart, however, the Greater Manchester outfit were level with a fine goal of their own. Clooney, impressive throughout, did the spadework with a clever run before his timely pass released Steve Rigby and the attacking fullback deceived Alex Mitchell with an audacious finish.

Could Reds respond after being pegged back or would the equaliser spur Droylsden to a full recovery? We didn’t have to wait long for an answer with the hosts dominating much of the remainder of the game and two Symington goals in a matter of five minutes swung the match back in their favour.

His first, smashed home in typical fashion, came in the fifty-seventh minute when he met Allison’s cross from the right but the second, five minutes later, was more fortune than skill. He sent the ball into the danger area from the left flank and neither a red or a blue shirt got a touch before it finished in the net.

Substitute Nathan Waterston was next to try his luck and a thumping angled drive rattled the crossbar with Thompson, for once, helpless.

There was a good tempo to the game throughout and an appreciative crowd acknowledged both teams at the final whistle. 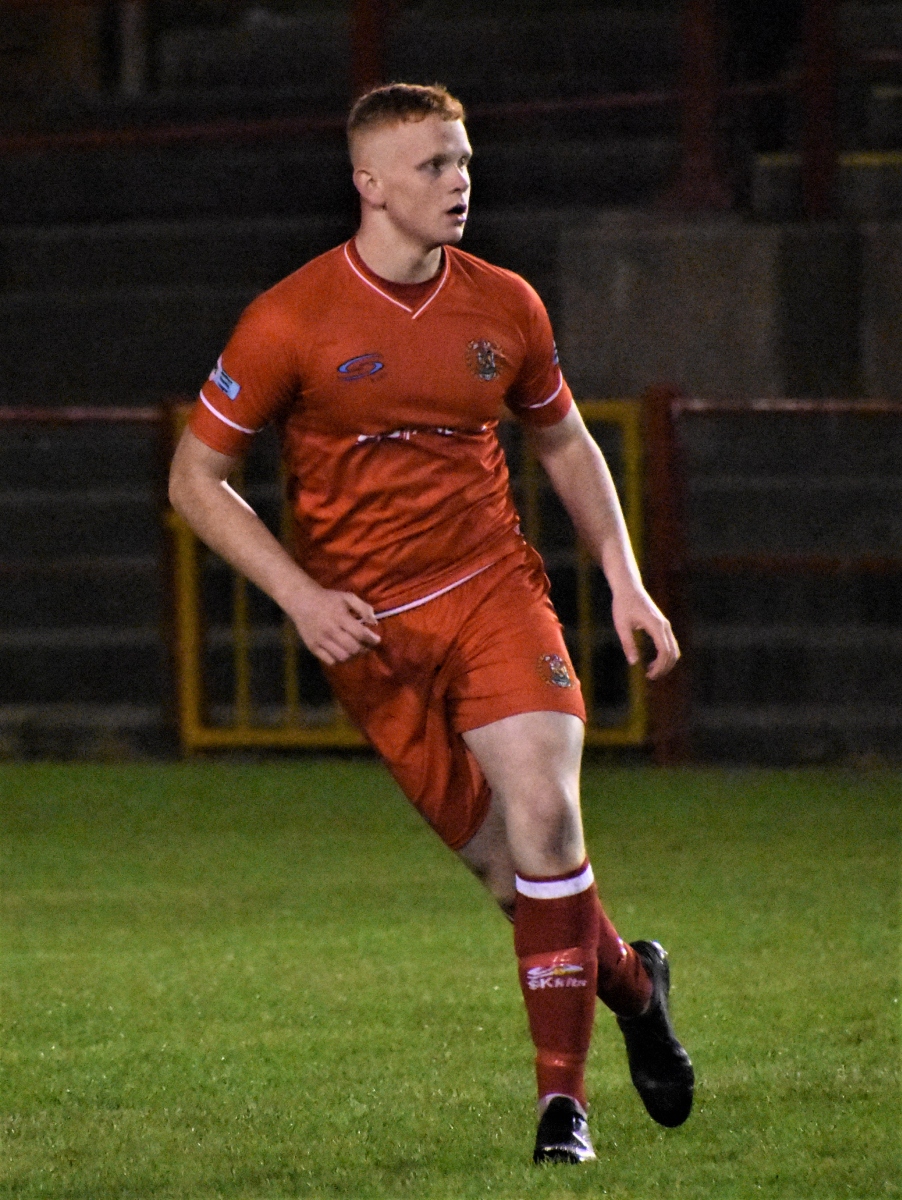 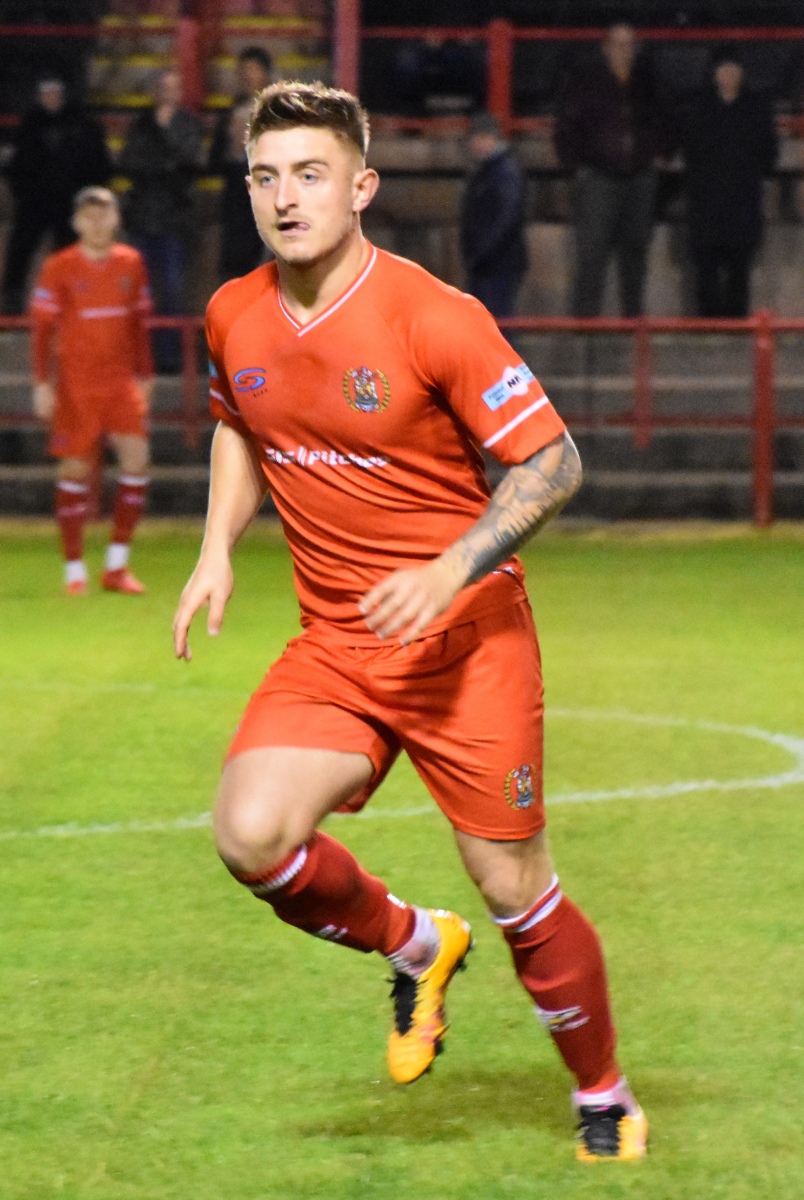 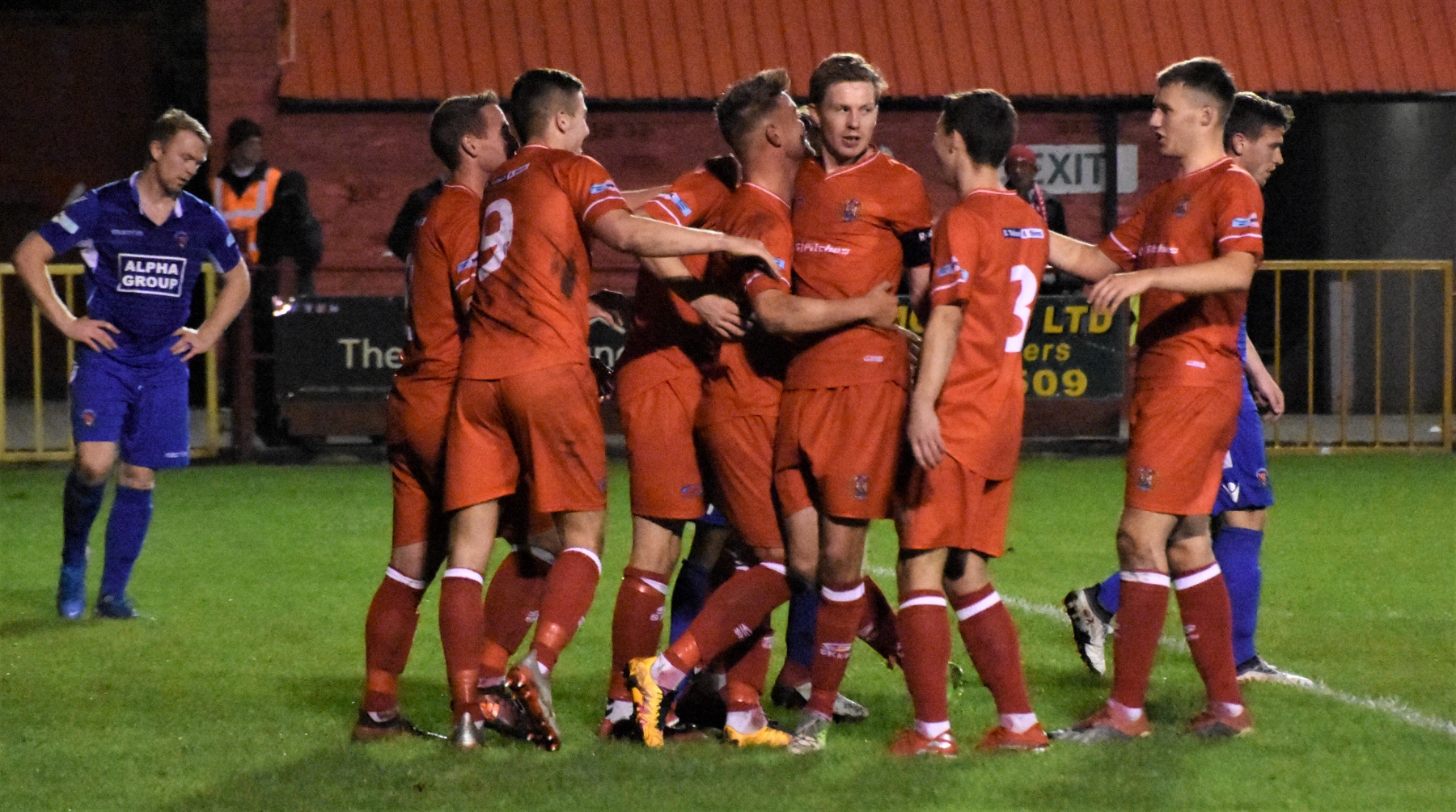 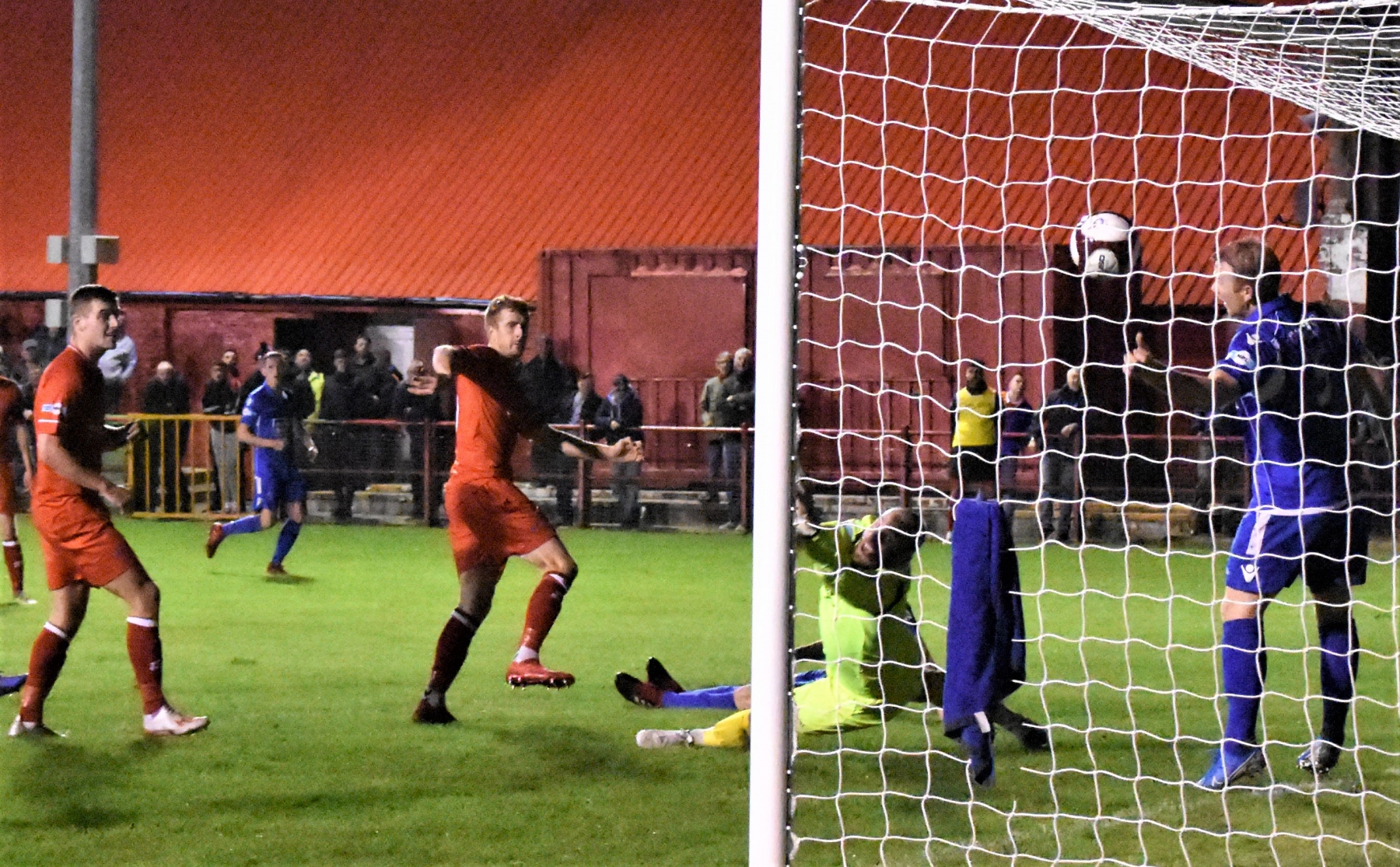 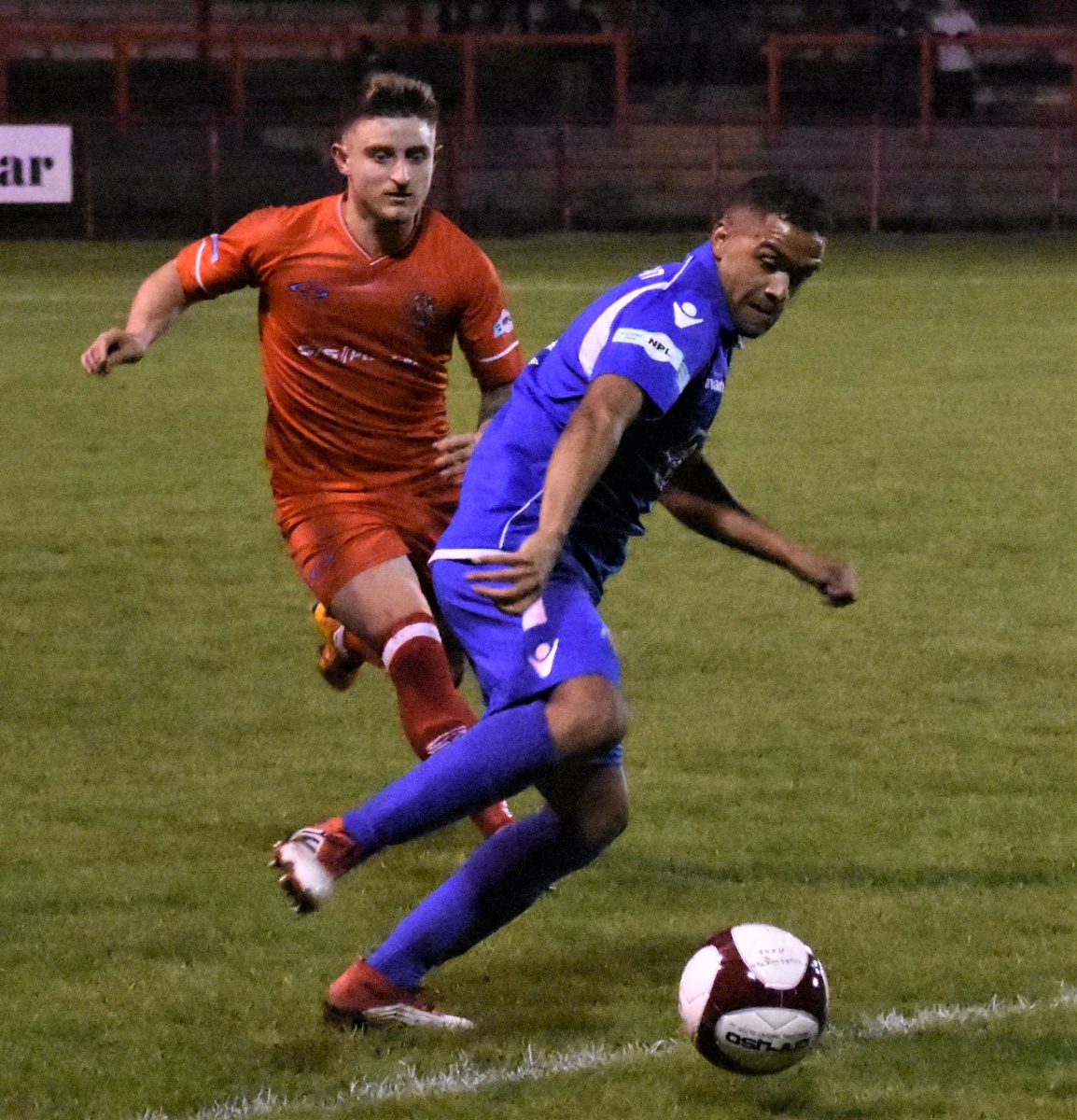 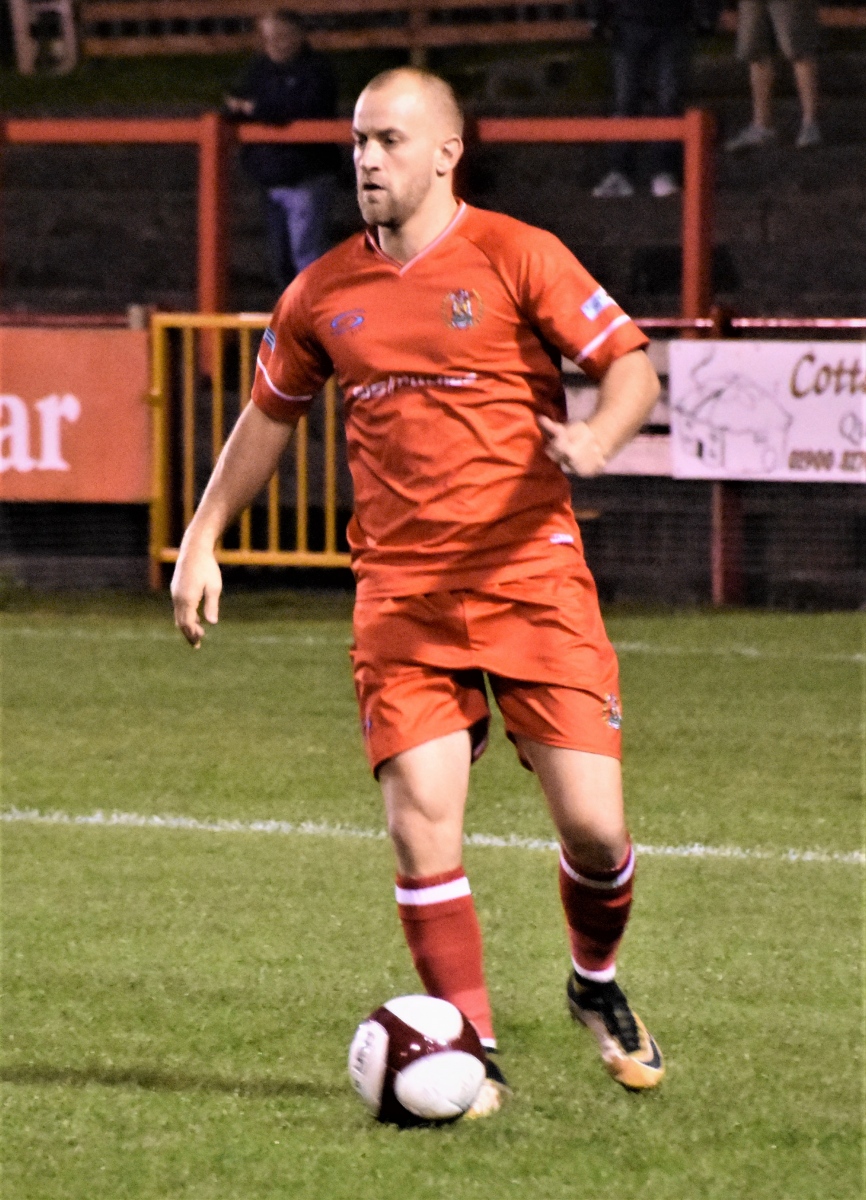 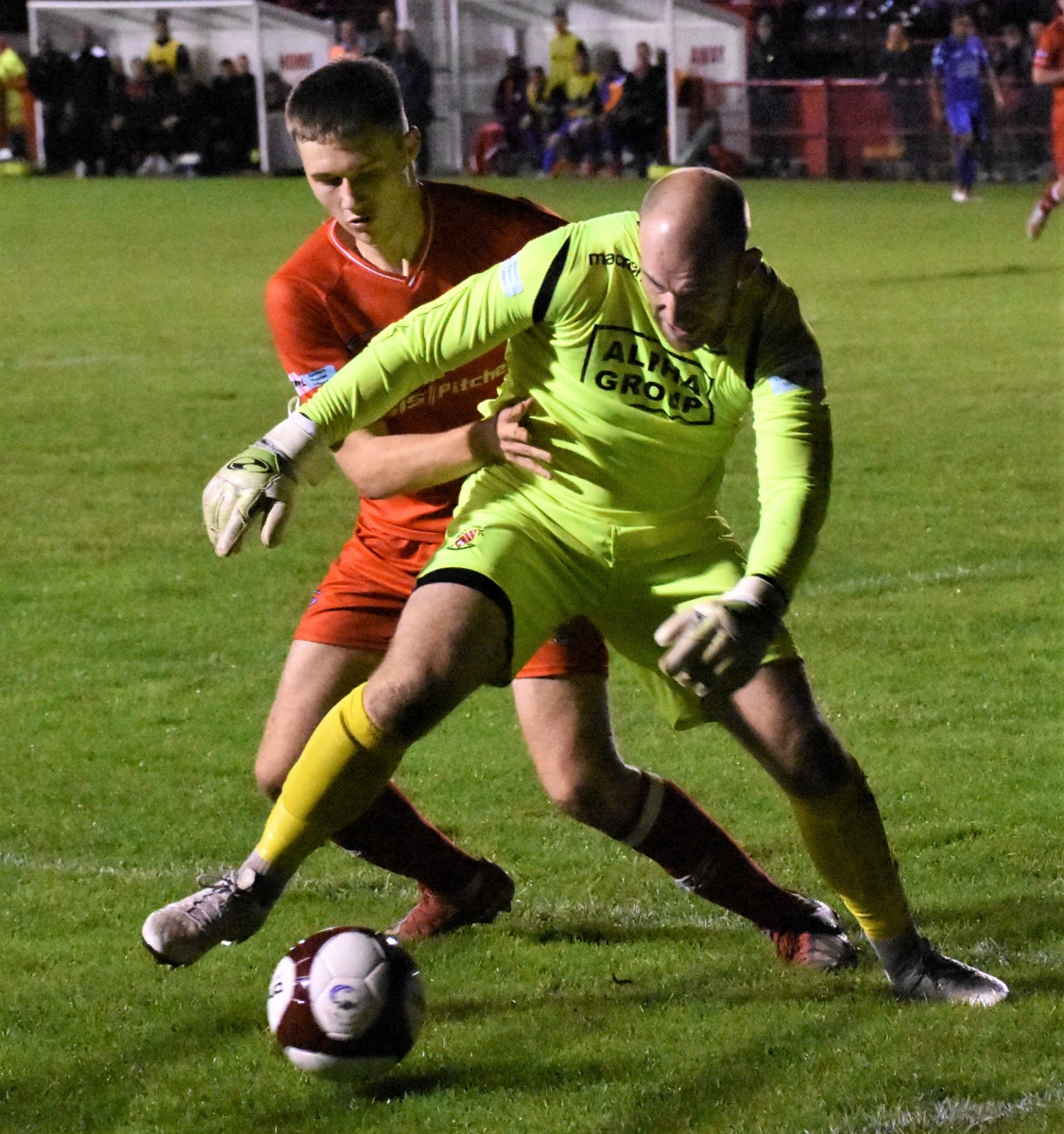