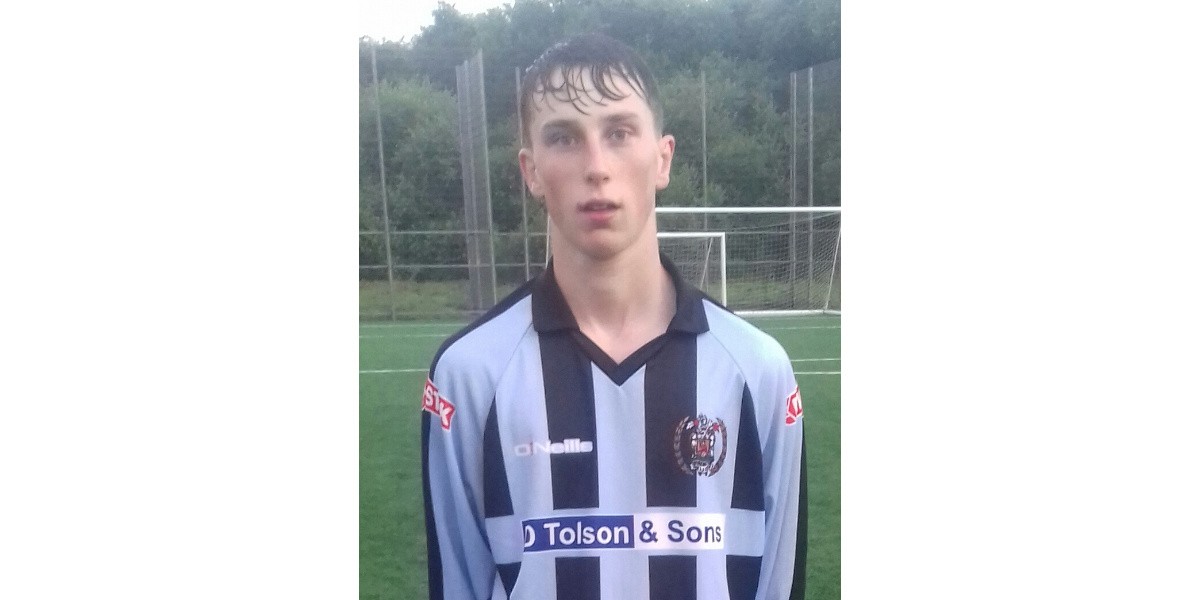 Reds’ youngsters lost for the first time in the Cumberland FA FleXI League and were left to rue their defensive frailties.

They had established a deserved 2-0 advantage, playing some good football in the process, but a couple of defensive errors proved costly and Moor Row had restored parity by half time.

And they completed the perfect comeback by scoring the only goal in the second half to secure the points.

A confident start saw Reds cause a much older Moor Row team a few problems and it was no surprise when Tom Houghton opened the scoring.

Hemet a George Frampton cross at the near post and netted with a composed finish.

Frampton came close to adding a spectacular second when a swerving shot from outside the area rattled the upright.

But Reds did double their advantage when a looping volley from Houghton (pictured) flew past the Moor Row ‘keeper.

A long ball from back to front led to an error in the Reds defence and Jordan Lee took advantage by reducing the arrears. He advanced on goal, rounded Aaron Lister and rolled the ball into an empty net.

Moor Row were back on level terms just before the interval with Reds failing once again to deal with the route-one approach. Lee found himself in acres of space again and made no mistake with his second goal.

The winnerc mid-way through the second half with first half scorer, Lee, providing the assist for Jonathan Nicholson who drove home from close range with Reds appeals for offside ignored by the assistant referee.

Reds tried in vain for an equaliser in the later stages but Moor Row held firm.