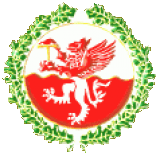 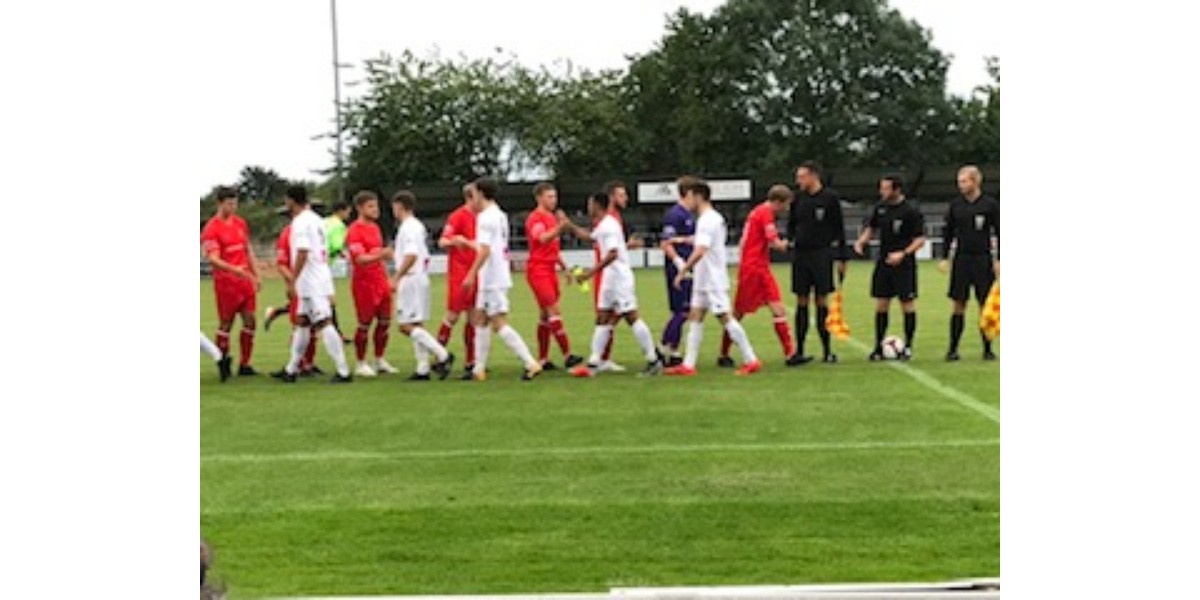 In the meantime, his close range finish helped Reds start the season with back-to-back wins, keeping them top of the embryonic North West Division table. 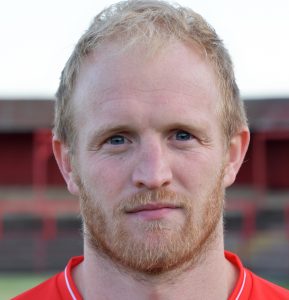 It was a tough ninety minutes against a decent Trafford side who played their part in an entertaining game.

Both teams moved the ball about quickly and in an efficient manner but why wouldn’t you on such an immaculate playing surface. The approach play was good but lacked a cutting edge in the final third.

Reds best efforts in an even first half saw a Brad Carroll volley just clear the bar, a Liam Brockbank stinger from twenty five yards pushed away by Matt Cooper with the latter saving well to keep out a Conor Tinnion free kick.

Trafford responded but Lewis Salmon’s header, via Joel Amado’s cross, was gathered comfortably by James Atkinson. Salmon then had a shot saved by the Reds’ ‘keeper after Laurence Taylor provided the assist.

Reds had forced six first half corners but none of their routines paid dividends.

Trafford forced their first corner soon after the restart but skipper, Sam Egerton, was way off target with his header.

The Cumbrians lost their composure for a period but still looked in control at the back with Atkinson untroubled for much of the half.

Dav Symington, keen to add to his opening day brace, was employing his shoot on sight policy but two efforts were high or wide of the target while a more accurate third attempt was saved by Cooper.

Gari Rowntree replaced Josh Calvert, for tactical reasons, but the decision rebounded on Reds’ management. The player coach picked up two bookings inside a shaky five minutes and, after only twenty five minutes of game time, was shown the red card leaving the west Cumbrians a man short for the final quarter of an hour.

But Rowntree’s departure seemed to galvanise Reds who finished the stronger. They had never failed to score in six previous visits to Shawe View but they left it late, on this occasion, to preserve that record.

A corner on the left was skimmed into the danger area by Symington with Nathan Waterston attempting to flick-on at the near post. The ball diverted to the far post and Dan Wordsworth, who had been in resolute mood at the back, flicked home the winner.

Trafford were visibly deflated, having conceded a late deciding goal for the second consecutive game, and Reds survived the remaining five minutes, and added time, without too much concern.