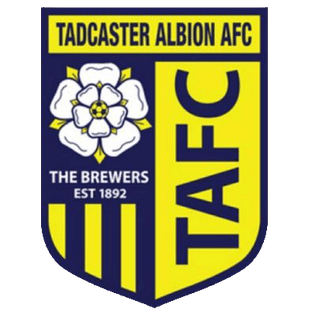 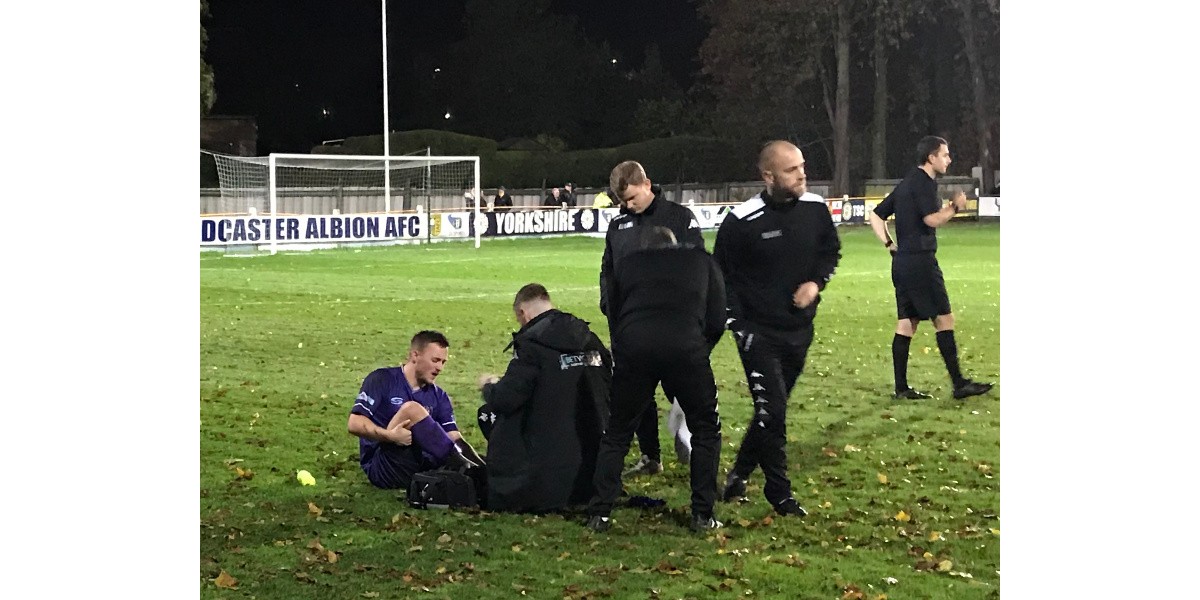 How fitting that Sam Smith should score the winning goal in the grounds of Samuel Smith’s Brewery as Reds made progress in the Buildbase FA Trophy.

His goal after sixty seven minutes completed a quick-fire double over Tad, although this delayed First Qualifying Round tie proved a little tougher than Saturday’s league encounter.

The home side had the better of the first period but it was Reds who dominated the second to earn a trip to Leek Town on Saturday. They turned the screw after the break and emerged worthy winners.

The picturesque ground, accompanied by numerous fireworks displays in the vicinity, looked good under the floodlights with a carpet of leaves on the pitch proving an extra hazard at times.

And in a tale of three goalkeepers, it was something of a surprise that one goal proved sufficient.

The game hardly got started before play had to be suspended for six minutes with Workington ‘keeper, Jim Atkinson, receiving lengthy treatment after a naughty challenge from Jake Day.

It was one of those decisions that VAR would have reversed immediately with the Albion striker benefitting from the referee’s poor view of the incident.

With no substitute goalkeeper on the bench, Danny Grainger, himself, might have been pressed into action between the posts but Atkinson battled on bravely.,

Ironically it was Tadcaster who lost their experienced stopper, Michael Ingham, with less than half an hour on the clock. A reoccurrence of an injury he picked up at Borough Park on Saturday flared up again and he hobbled off to be replaced by a much younger Aaron Burn.

Treatment to both goalkeepers saw ten minutes of additional time tagged on to the first half.

And it was Burn who would emerge as Tad’s best player with a string of fine saves, the majority of which in the second half, keeping Reds at bay.

Day demonstrated the better side of his game with two efforts that hit the wood work with one coming about in unusual circumstances. Atkinson picked up a Conor Tinnion back pass with the referee awarding Tad an in-direct free kick on Reds’ six yard box. The ball was touched to the centre forward but the shot skimmed off the far post and deflected to safety.

Before his unfortunate departure, Ingham saved but couldn’t hold a Dav Symington stinger before Burn took centre stage. He made two fine saves before the break and several more after the restart thwarting Brad Hubbold, Sam Smith, Tinnion, Liam Brockbank and others.

But he was helpless in the sixty-eighth minute after a teasing Symington corner found Smith at the back post who powerfully converted the winner.

A Scott Allison effort hit the post as Reds pushed for a second goal and the comfort zone they enjoyed on at the week-end but Albion’s attacking threat had petered out by then – just like the fireworks from earlier.

Several man-of-the-match contenders again from the Cumbrians, but special praise for Atkinson who completed the 105 minutes duration in discomfort and will be a doubt for that tasty-looking game at Leek in four days time.