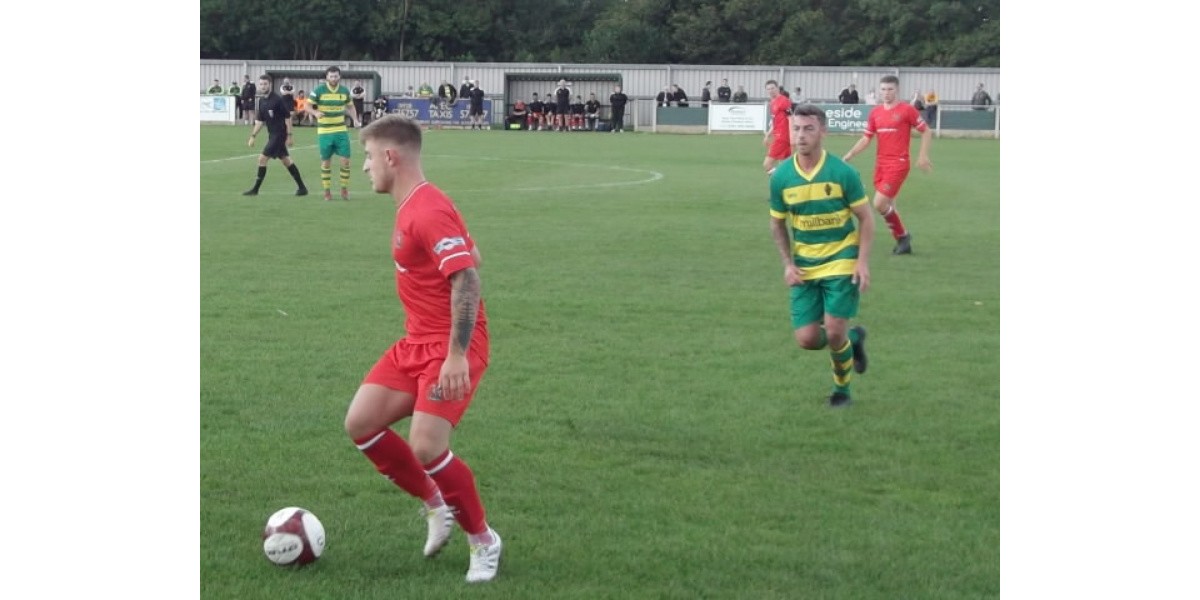 Despite a below-par performance, Reds extended their lead at the top of the NPL North West Division to four points.

But manager Danny Grainger was honest enough to admit that Runcorn probably deserved more out of the game than his side.

He did praise their effort and work rate, though, and believed the character amongst the squad helped obtain a valuable point, extending to six their unbeaten start to the season.

They actually started well on their first-ever visit to the Millbank Stadium and it was Gari Rowntree who caused an early scare to home ‘keeper, Bayleigh Passant.  His cross-cum-shot was dipping under the bar until Passant managed to get a touch and concede the first corner.

Scott Allison was next to try his luck after the ball fell into his path on the edge of the area.  There was plenty of power in the shot but it lacked accuracy and sailed over the bar.

Runcorn then enjoyed a period when they caused Reds a few problems.  Harry Cannon-Noren dragged their first effort wide before Jamie Rainford cut inside and saw his low shot pushed around the post by Reds’ in-form ‘keeper, Jim Atkinson.

But Atkinson was left helpless when Linnets deservedly opened the scoring in the sixteenth minute.  Reds lost possession at one end of the pitch and Runcorn quickly countered culminating in Connor McCarthy lifting a deft twenty-five yarder over Atkinson and into the net.

Reds response was commendable but not productive.  Brad Carroll and  Charlie Bowman, twice, had attempts at goal but all three attempts were weak and easily dealt with by Passant.

Dav Symington does have the explosive shot the others lack but his first effort came to rest in the side netting and the second brought the best out of Passant whose brilliant reflex save prevented a certain goal.

Then, following a thirty-third minute corner, Reds levelled matters.  Conor Tinnion’s cross was deflected towards the far post and Sam Smith netted his first goal of the season from close range.

But the good work of restoring parity was nearly undone just before the break.  Reds’ sloppiness gifted the dangerous McCarthy a great chance but Atkinson and then Ceiran Casson rectified the situation.

Cannon-Noren came close to regaining the lead for Linnets soon after the restart but his curling shot drifted narrowly wide.  And a well-struck thirty-yard strike from home skipper, Kyle Mamid was plucked out of the air by Atkinson’s confident catch.

The better chances in the second half fell to Reds all of which, unfortunately, were squandered.

Robbie Hebson was thwarted by Passant who dealt with a firmly hit effort and the competent stopper also handled confidently when Symington tried his luck from distance once more.

Nathan Waterston‘s first opportunity highlighted his anxiety to get off the mark.  He was well placed and in on goal down the inside left channel but snatched at the chance with a wayward finish.

Then a brilliant run down the right from Hebson created an even better chance for Waterston but he lifted the ball fractionally over the bar as his search for that elusive goal continues.

A draw was probably a fair outcome with both teams admitting they weren’t at their best. 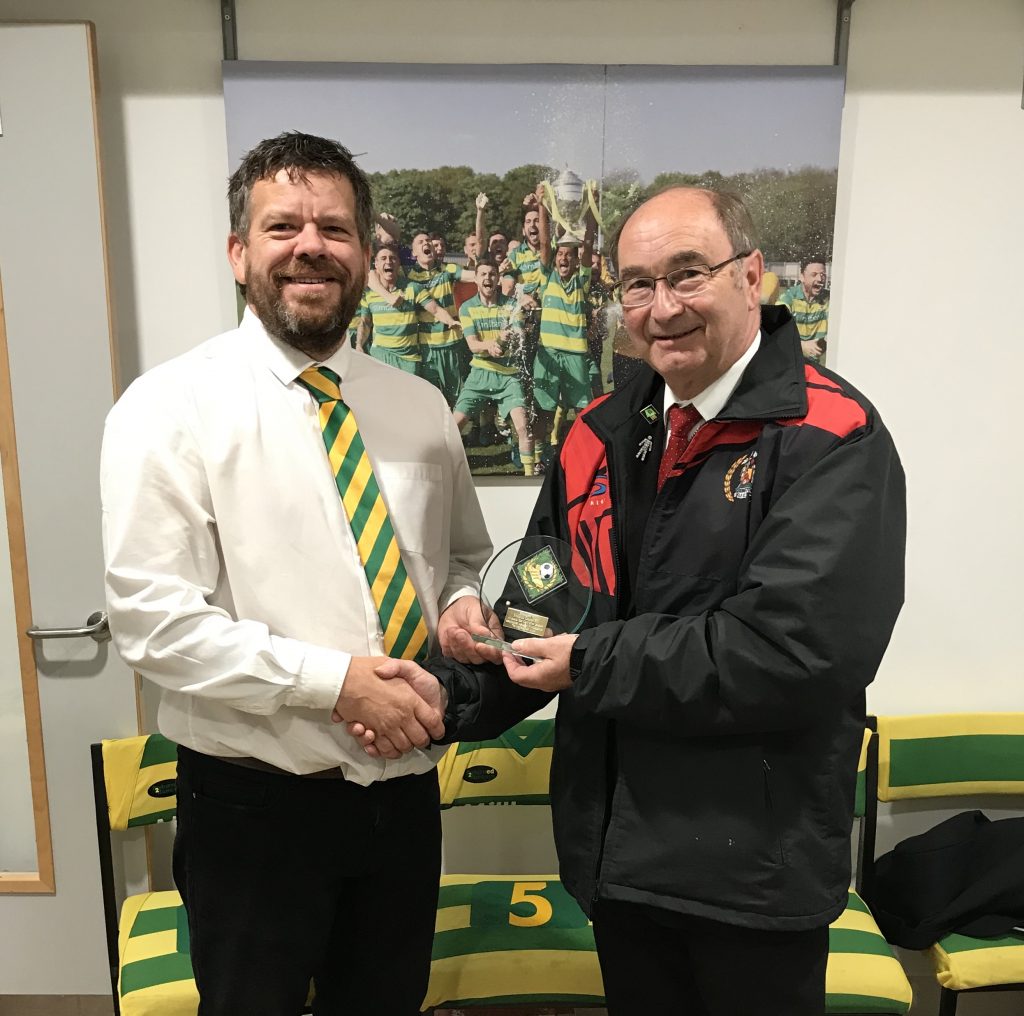