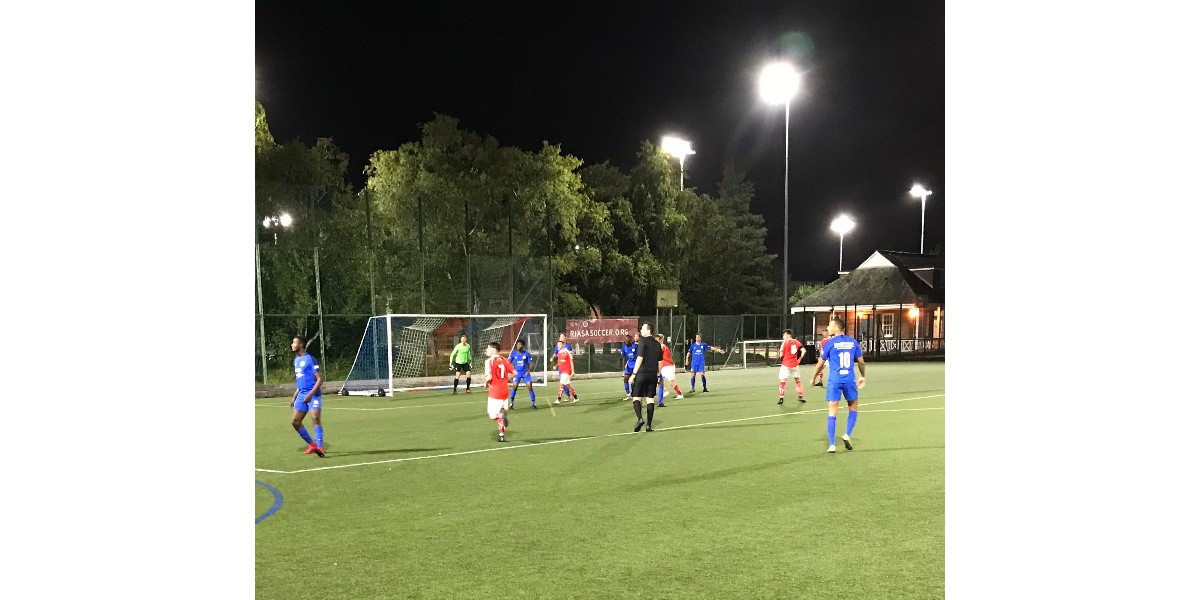 A dramatic equaliser with the last kick of the game salvaged a point for Reds Reserves in their latest League Cup fixture in Leeds.

Tom Houghton scored his second goal of the match in stoppage time to complete a brave fight back by Reds who had trailed 3-1 until the later stages.

They had the made the best possible start when Harry Atkinson opened the scoring after just three minutes with his first goal for the club.

And they repelled all RIASA could throw at them until the students netted two in a minute to turn the game on its head. That made it 2-1 to the hosts at the interval and they increased their advantage with a further goal early in the second half.

But gallant Reds staged a great recovery and Houghton’s first, a well taken effort which saw him round the ‘keeper and guide the ball into the vacant net, gave them hope.

Both sides squandered decent chances in the closing stages until up popped Houghton, again, to grab the late leveller and the sixth goal of the evening.

For the record, Prince Osei, Immanuel Kinuthia and Phillippe De Liedekerke shared the goals for RIASA who, this season, are managed by Billy Paynter, a former playing colleague of Danny Grainger at Carlisle United.