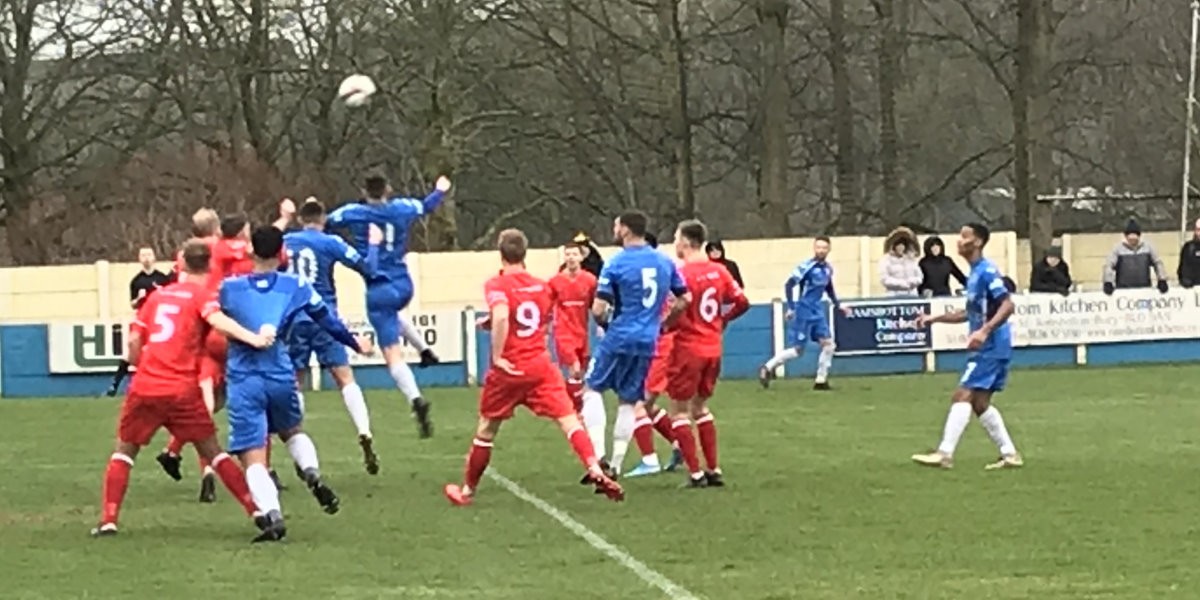 A well below par Workington were dislodged from top spot after five months at the summit with a vibrant Rammy taking over as league leaders.

Supporters invariably decry the efforts of their own team in defeat but hats off to Chris Willcock and his Ramsbottom team who were worthy winners on this occasion.  They were good with the ball and just as good without it in terms of work rate, closing down and making Reds look less than ordinary.

And, in terms of chances created, they could have emulated Reds’ 5-1 victory at Borough Park back in September with a bit more composure in front of goal.

Without criticising his own side, Danny Grainger gave credit to the opposition with his usual post match integrity.

The result is probably being kind to us, they should have had three or four more if I’m being honest – a real disappointment.

They outworked us, ran us into the ground, pressed us well and we never got going.

Presenting the hosts an early goal was a blow Reds never recovered from with a needlessly conceded free kick, and subsequent sloppy defending, leading to Reuben Jerome’s third minute opener from a yard out.

There was a brief response from Workington with Dav Symington dragging one effort narrowly wide with a cross-shot and Scott Allison going close to equalling a club record with an attempt which hit the post.

Had that gone in he would have matched the nine game scoring run of Craig Johnston seventeen years ago and put a different complexion on the game.

It didn’t and, when Workington shot themselves in the foot six minutes before half time, the hosts took advantage.  A stray pass found a blue shirt instead of the intended red and Eddie Moran quickly got the ball into the area for Josh Hmami to convert a well taken second.

Grainger reacted immediately with a double substitution with Brad Carroll and Robbie Hebson replaced by Conor Tinnion and Matty Clarke.

And the ‘fresh legs’ combined to good effect almost immediately.  Clarke delivered a rare cross into the box and Tinnion’s header brought the best out of Tom Stewart who palmed the ball out for an unproductive corner.

Reds retained the ball a little better in the second half and went in search of a goal which might have sparked an unlikely come back.

But, as in the previous defeats at Mossley, Clitheroe and Pontefract a two goal deficit proved unassailable.

Ceiran Casson did register one shot on target, which Stewart blocked, but most of the goal mouth activity was at the railway end of the ground as Workington ran out of steam.

Even the game’s best performer, Moran, missed the target – heading wide just before the final whistle when it looked easier to score.

Charlie Bowman was introduced as Reds’ third replacement but hobbled off before the end, leaving the visitors to complete an unhappy afternoon with ten men.