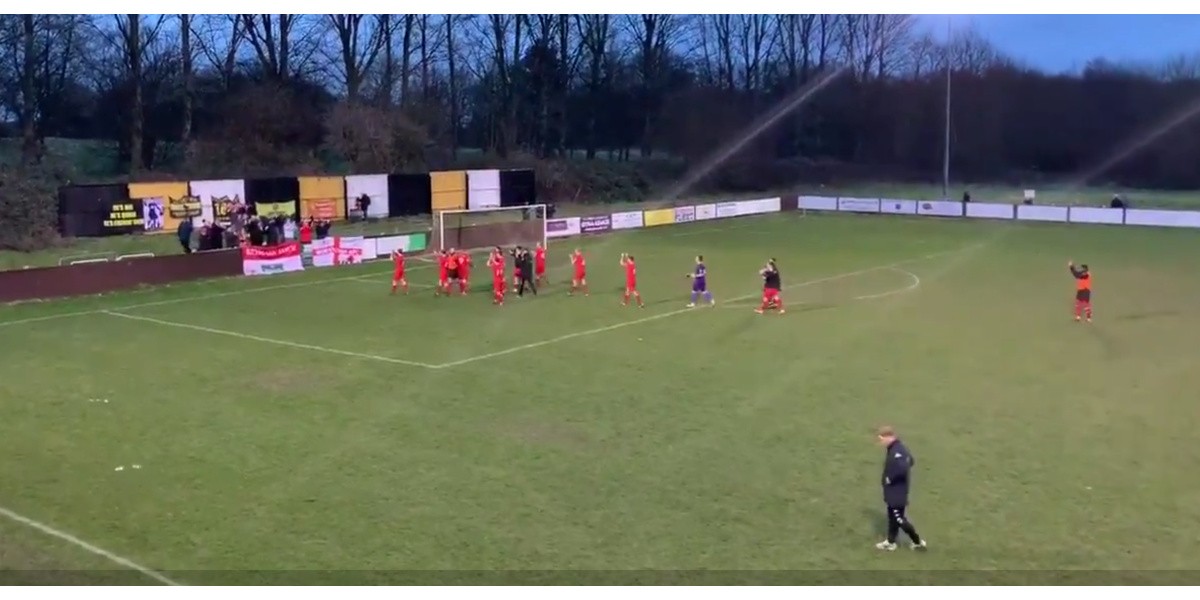 Two rare passages of quality football in an otherwise scrappy encounter produced the goals that decided the outcome, completing a league double for Reds in the process.

The bad feeling from the Borough Park encounter seven weeks ago had festered producing a time-bomb atmosphere throughout the afternoon. There was too much pushing and shoving, arguing and name calling and that was only what was going-on off the pitch.

Technical area squabbles and tunnel spats apart, it was a feisty ninety minutes on the pitch and it was a contest that required commitment and character in abundance and, along with a modicum of discipline, Reds displayed those qualities which probably hadn’t been the case at Ramsbottom the previous week.

Messrs Tinnion, Carroll, Casson and Hubbold were not the only ones below par in the previous match but what a response from that quartet, Scott Allison ran his socks off for little reward, more often than not as a lone striker, and Dan Wordsworth and Sam Smith were colossal at the back.

With illness preventing Nathan Waterston and Liam Brockbank making the kick-off, there were starts for Cole Lonsdale and Millenic Alli with skipper Tinnion returning after injury.

And it was the skipper’s well taken goal towards the half hour mark that settled Reds’ nerves. They had to survive the expected early onslaught from Cables and once that initial flurry had been dealt with, Danny Grainger’s side controlled the game.

Lonsdale delivered the ball into the area, Carroll’s assist set up the opportunity and Tinnion’s unerring finish flashed past Ollie Taylor and into the net for the opener.

Prescot responded and looked to have scored a well taken equaliser when Matty Hamilton’s cross was met by Josh Klein-Davies. But, long before the latter’s header hit the net, an assistant referee’s flag gave the visitors a welcome reprieve.

But Cables rarely troubled Jim Atkinson thereafter – mind you, Taylor was not too busy at the other end either.

And for much of the second half, it looked as though Tinnion’s goal would prove sufficient but a second late in the day added a little gloss to what had been a war of attrition.

The two Brads combined to great effect with Carroll’s clever pass releasing Hubbold and the substitute finishing with aplomb to secure an important victory.

An upbeat Grainger gave his post match comments, interrupted by a heckler, saying he was proud of the commitment.

I’m delighted with their attitude and the discipline was fantastic.