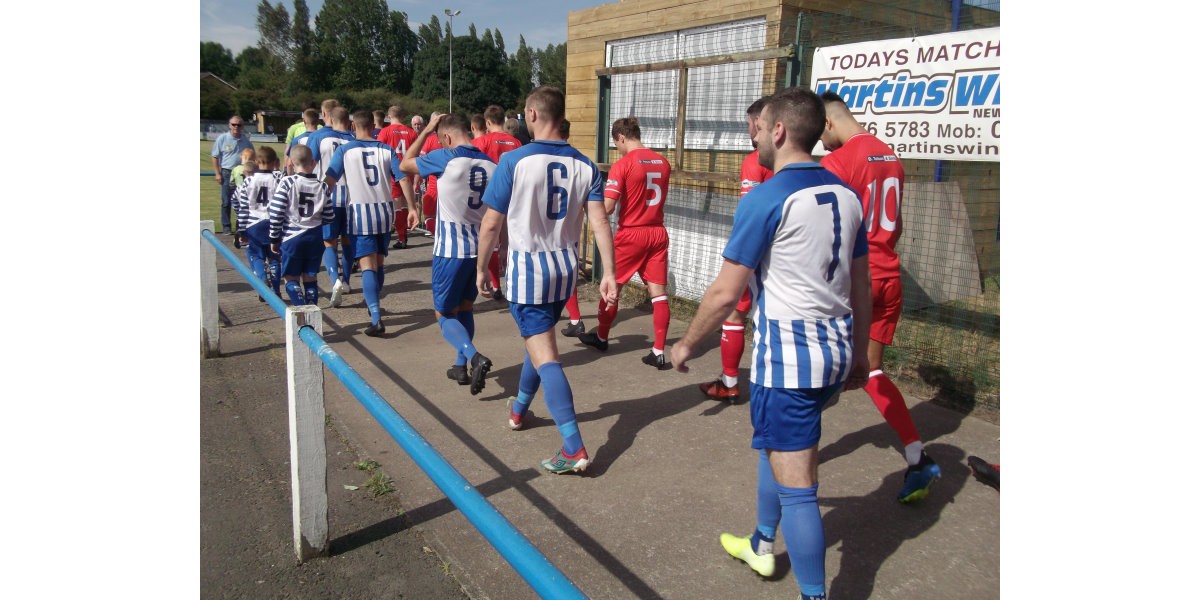 Going out of the FA Cup in mid-summer is nothing new to Reds supporters and August exits were common during the nineties.  But, after en encouraging start to the league campaign, this was a bitter disappointment against one of the better teams in the north east.

They huffed and puffed for much of the game but, in truth, were not at their fluent best and fell to a controversial penalty a minute before the end of normal time.

Dan Wordsworth was adjudged to have handled Paul Brayson’s ball into the box and the referee pointed to the spot without hesitation.  Benfield substitute, Dennis Knight, blasted the ball past Jim Atkinson for the late winner and the Cup dream was over for another year.

From a club prospective, it was a hammer blow as they hoped to revive their ailing finances with a lucrative run in the Cup.  As far as the players are concerned, half a dozen of whom were making their debut in the competition, it was a timely reminder that Reds often come unstuck against Northern League opposition.

It was Danny Grainger’s first FA Cup experience as a manager and he couldn’t hide his frustration at the early exit.

“I’m disappointed, obviously, but we had enough chances to win the game.  The first half was open and even but we seemed to be getting on top in the second and I couldn’t fault the effort and work rate from the players,” he said.

On the match deciding penalty he accepted the decision.

“The new rule clearly states that if the ball strikes an arm/hand, the referee has to award a penalty.”

But he was clearly upset about an earlier penalty appeal that also went against Reds in the first half.  Nathan Waterston was clearly impeded as he raced into area but referee Adam Williamson decided that ‘no decision’ was the best decision.

Both sides had opportunities throughout the game to score in open play but there was an obvious lack of composure when it was most needed.  There again, keeping cool on a day when temperatures soared to the mid seventies was not easy!

Ben Richardson squandered Benfield’s first chance of the afternoon and that set the tone as Peter Glen-Ravenhill wasted an ever better opening and Matty Parker snatched at another good chance.  Luck was against Aiden Haley, though, as his powerful shot hit the upright.

Waterston’s well struck attempt at the other end of the pitch was kept out by Andrew Grainger who then parried a Liam Brockbank thunderbolt before gathering the loose ball at Scott Allison’s feet.

Allison saw two efforts from distance narrowly miss the target before Workington realised it probably wasn’t going to be their day.  Charlie Bowman raced clear and brushed aside a defender as the advancing Grainger was caught in no man’s land.  His well executed lob cleared the goalkeeper and appeared to be heading for the vacant net until the spin of the ball favoured the hosts and bounced to safety.

The anxiety in front of goal continued in the second half as the tempo of the game understandably lessened.

Mark Turnbull headed over a good chance for the Northern League side when he met Guilherme Baltazar teasing cross from the left.

Waterston was next to try his luck, after being released through the inside left channel following a good Reds’ passing move.  But he seemed to snatch at the chance and was again thwarted by Benfield’s Grainger.

Atkinson, who handled well all afternoon, then made his best save to keep out a late Glen-Ravenhill shot.

And just when it looked as though the contest would go to a replay in Cumbria, Benfield got the breakthrough with the penalty.

Knight had only been on the pitch for five minutes as a late substitute but showed great composure to convert the winner from the spot.

It was harsh on Wordsworth but he almost made amends in Workington’s final attack, heading narrowly wide from a floated cross into the danger area.

So, like Penrith and Kendal Town, Reds fell at the first hurdle and Cumbrian interest in the FA Cup now depends on the professionals, Carlisle United and Barrow.  And by the time they enter the competition we’ll have forgotten all about the last minute defeat at Sam Smith’s Park!