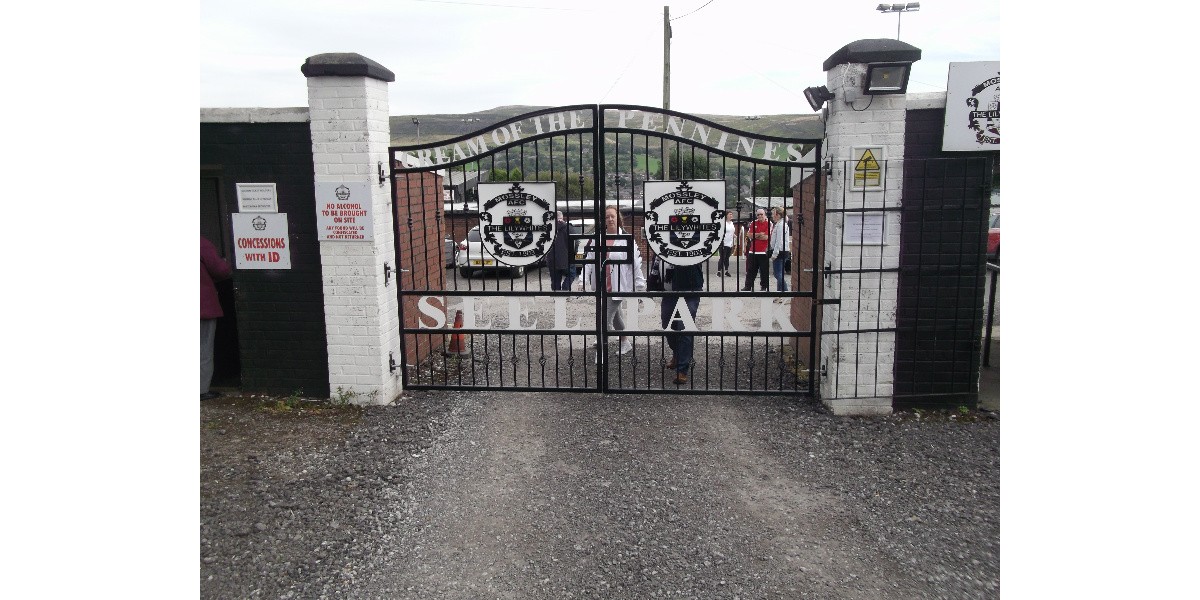 In the first league meeting between the two since that historic North West Counties League title decider twenty years ago, Reds fell short as they attempted to stretch their unbeaten sequence to eight matches.

A ten points gap separated the teams before kick-off but the feeling was this would be a difficult afternoon for Reds and so it proved. Mossley saw very little of the ball for long periods but were very effective when they had possession and a resilient defence limited Reds to very few clear-cut scoring opportunities.

Receiving the ball from kick-off, Dav Symington almost scored the quickest goal ever but his audacious effort from the centre circle drifted a yard wide of a startled Josh Ollerenshaw’s goal.

And Symington again proved to be Workington’s best chance of a goal with two more thunderbolts causing concern for the Mossley ‘keeper. He swatted away one effort which appeared to swerve viciously in mid-air then fumbled another belter from distance before the ball was hacked cleared.

But Mossley were a goal in front by then.

Jes Uchegbulam’s pace and trickery left Jay Kelly and Dan Wordsworth disorientated in the area before he rolled the ball nonchalantly into James Baillie’s path. And the Mossley number eleven converted the assist to give his side an eleventh minute lead.

And with something to hang on to, Mossley were quite content to see what Reds had to offer and, other than Symington’s two scorchers, there wasn’t much to worry about.

Going in at half time a goal down wouldn’t have been the end of the world for the league leaders but Mossley doubled their advantage deep into stoppage time. Reds were taking their eighth corner of the first half but, like the previous seven, failed to unsettle the hosts with the set piece.

And when Mossley countered they compounded the agony. The ball fell to Adam Morgan forty, plus, yards from goal and his sublime finish accurately sailed over Alex Mitchell’s head and into the net.

Mitchell had hardly touched the ball in the first half yet had conceded two goals. He saw even less of it after the break, as Reds enjoyed the lion’s share of possession but looked disjointed going forward and certainly lacked that killer instinct.

Substitute Matty Clarke, introduced to the game following Ceiran Casson’s early departure, did well to get behind enemy lines but, ultimately, didn’t pass or shoot and the chance was gone.

Skipper Conor Tinnion did hit the target with one accurate shot but it was comfortably dealt with by the competent Ollerenshaw.

But the ‘keeper was caught out on one occasion when he could only watch Scott Allison’s lob drift over him towards the vacant net before the ball bounced wide of the target.

Allison appeared to be bundled over in the area by Andy Keogh but the referee ignored loud appeals for a penalty and, to prove it wasn’t his day, Allison then saw a late effort saved by Ollerenshaw’s outstretched leg.

Reds failed to score for the first time this season and would have probably failed to do so had they played until midnight.