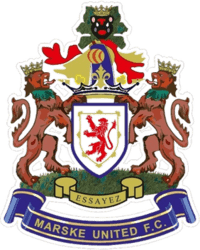 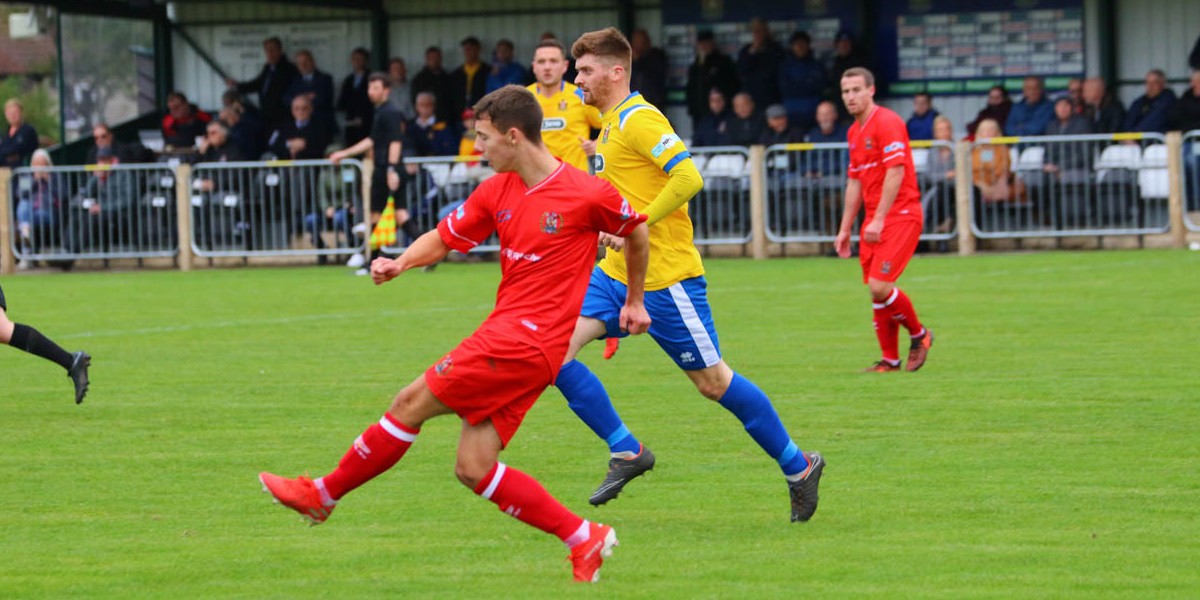 The manager is quite delighted that the goals are being shared around the squad and he would have been even more pleased with the two that earned his side a well-deserved point, following a first-ever encounter with their east coast opponents.

His pleasure might not have extended to the goals they conceded with both shabby and preventable. 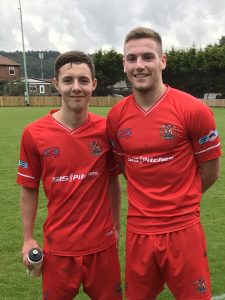 Overall, though, it was a positive afternoon and left Reds five points clear at the top of BetVictor North West.

And the west Cumbrians had to show a bit of character after twice coming from behind.

The hosts had gone in front in somewhat fortunate circumstances after nineteen minutes.  Curtis Round was challenged by Dan Wordsworth but a double ricochet saw the ball cannon past the stranded Jim Atkinson and into the net.

Marske had started better and deserved the advantage.

But Reds eventually got into their stride and their equaliser, after thirty-six minutes, was down to the persistence of Liam Brockbank on a typical raid down the left flank.  He made good yards before cutting inside and, from the edge of the area, sent a low crisp shot beyond United ‘keeper, Jack Norton.

Unbeaten Marske regained the lead, against the run of play, just after the hour mark when they cashed in on a bit of dithering in the Reds’ defence.  Matty Clarke, Atkinson and birthday boy, Gari Rowntree, all had chances to clear the danger but Andrew Stephenson reacted quicker than all three to poach a second goal for the home side.

The game ebbed and flowed and Reds picked up the batton with a strong finish.  Their second equaliser was probably better than the first with Brockbank, heavily involved, once again.  He tricked his way past Mathew Garbutt and delivered a superb cross from the left which Ash Kelly met with a deft header – a fine goal to open his first-team account.

Reds looked as though they might have gone onto win but Marske held firm and a draw was probably a fair outcome.

There is now a mini-break from League action with Reds focusing on Cumberland Cup (Tuesday) and FA Trophy (Saturday) action this week.