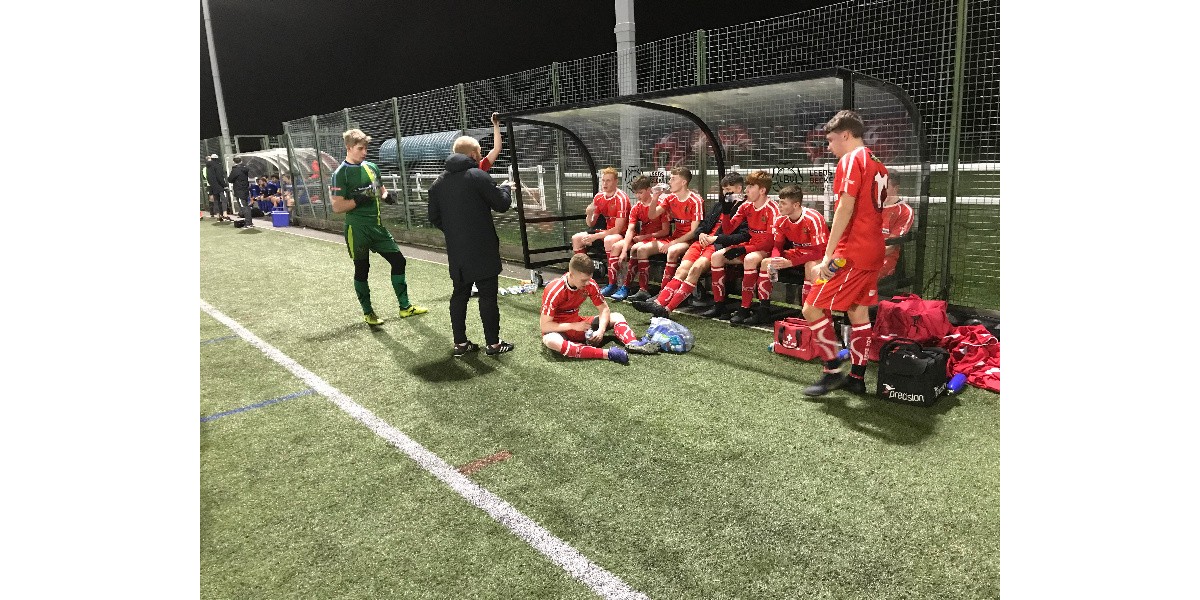 Injuries and unavailability left Reds travelling with just eleven players, and an under 18 side at that, but the youngsters produced a performance to be proud of to earn a commendable draw.

And they came close to snatching victory when two ‘old-timers’, manager Brian Dawson and coach, Conor Cooke, joined the fray to boost the average age considerably. They led 2-1 with just six minutes to go but RIASA applied late pressure and grabbed an equaliser.

RIASA were technically better and moved the ball about well but it was Reds who created the better chances in the first half – Ciaran Booty, Joe Curwen and Cooke all going close to opening the scoring.

The American students did get the breakthrough in the sixty-fifth minute when Kolbe Rice’s low shot found a way past Tom Birkett and, for all their hard work, Reds were facing defeat.

But manager Brian Dawson, 42 next birthday, introduced himself as a reluctant substitute and the impact was instant.

He had the ball in the net with his first touch, converting Cooke’s sublime assist with a good finish, but elation turned to disappointment when the ‘goal’ was disallowed for offside.

And then a fine swivel volley was pushed away for a corner by the save of the match from RIASA stopper, Ethan Krabbendam. It was only a temporary reprieve for the hosts because Carl Lightfoot slotted a deserved equaliser with a clever finish from an acute angle seconds later.

Reds then had the audacity to go in front with debutant Taylor Hambling scoring at the back post after a route one build-up.

But the victory was snatched from their grasp when the young Reds were caught square at the back and Rodane McKenzie lobbed the fourth goal of the evening to salvage a point in this Lancashire League Cup tie.