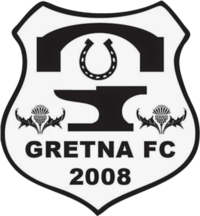 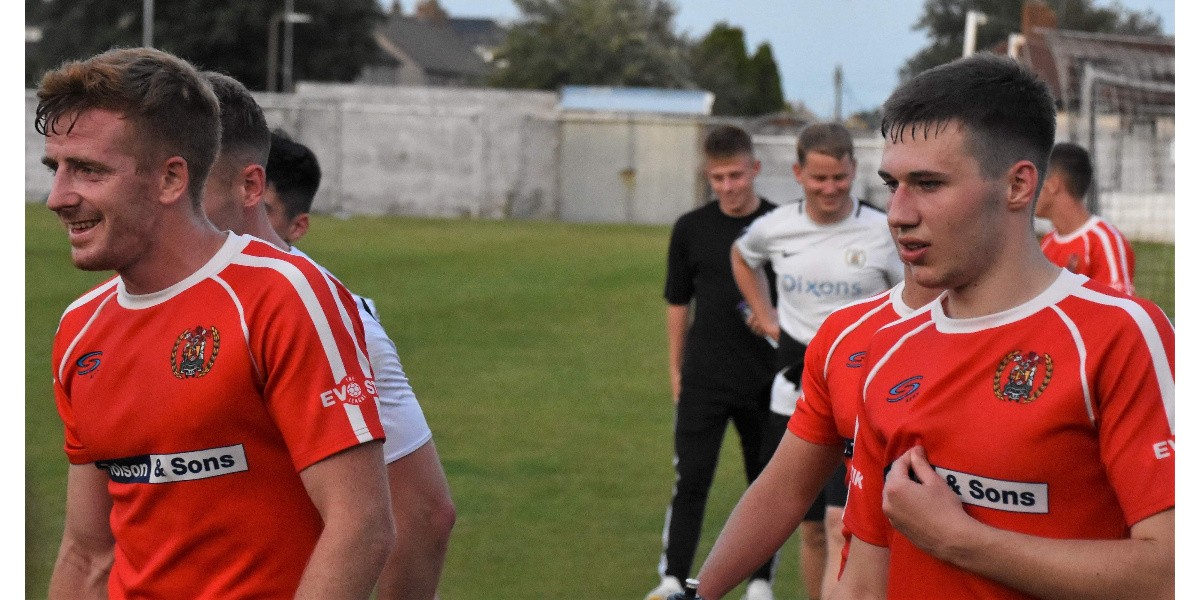 On an evening of firsts, Reds fans were treated to Danny Grainger’s debut as a Workington player with the manager introducing himself to the fray in a cameo appearance twelve minutes from time.

It was at Raydale Park, of course, where Danny’s illustrious career began so can we expect to see the boss playing more often?

I have always said that I’m here to manage but, if needed, I can pull a strip on.  I’m more than confident with the boys we have that I shouldn’t be needed but it’s nice to have that insurance policy of an extra player if required.

Grainger was more focused on his team than his personal contribution and witnessed another dominant performance against the Lowland League outfit, whose season proper gets underway this weekend. 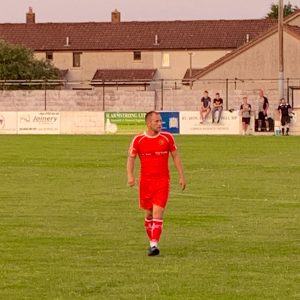 The Black & Whites may, or may not, be ready for their league opener but Reds pre-season is far more protracted and they are still over three weeks away from the big kick-off.

There are still plenty of positions up for grabs with fifteen or sixteen individuals putting forward a good case for a starting XI berth on 17 August.

And this run-out over the border confirmed much of what we already know in that Reds should have won far more emphatically than they did, yet are still susceptible to shooting themselves in the foot defensively.

They did just that in the thirteenth minute when one of two Workington boys in the Gretna team, striker Kevin Connolly, maintained his decent scoring record against his hometown club.

Reds had a corner at the other end but a route one clearance sprang a counter attack which proved costly.  Connolly manager to get away from Conor Tinnion and Liam Brockbank and slipped the ball past Alex Mitchell for the opening goal.

If young Brockbank was in anyway culpable for Gretna’s brightest moment of the evening, he more than made amends with an outstanding first half performance and a man-of-the-match display overall.

He scored Reds’ equaliser ten minutes later after an eye-catching flowing move from back to front.  Dav Symington provided the assist for Brockbank to advance unchallenged and hammer the ball past James Copland.

Reds squandered their usual quota of chances with Symington, Ceiran Casson and Charlie Bowman all guilty of first half misses.

Jake Smith, the younger twin brother of Reds’ Sam, had a goal-bound shot blocked whilst a Gretna trialist saw Mitchell save his attempt from the edge of the box. 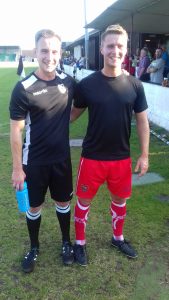 It was more one-way traffic after the break as new-look Reds took control.

Bowman saw a firm header cleared off the line but he did give his new team mates a fifty-fifth minute advantage, sending a low shot from twenty five yards past Copland.

And Ash Kelly, a Gretna player last term, became the third Workington player to score his first goal for the club on the hour.  He played a defence splitting one-two with Robbie Hebson before finishing confidently.

Kelly also had a header cleared off the line in Reds next sortie forward.

The scoring was completed after sixty-three minutes with Brockbank providing the assist for Scott Allison who expressed great relief after bagging his goal of the summer.  He had been denied that moment in the first half with a goal disallowed on the intervention of an assistant’s flag.

Reds former Gretna ‘keeper, Jim Atkinson, had one scare early in the second half and his only other contribution of note came late in the game when he tipped over Darnell Ramsey’s free kick towards the far post. 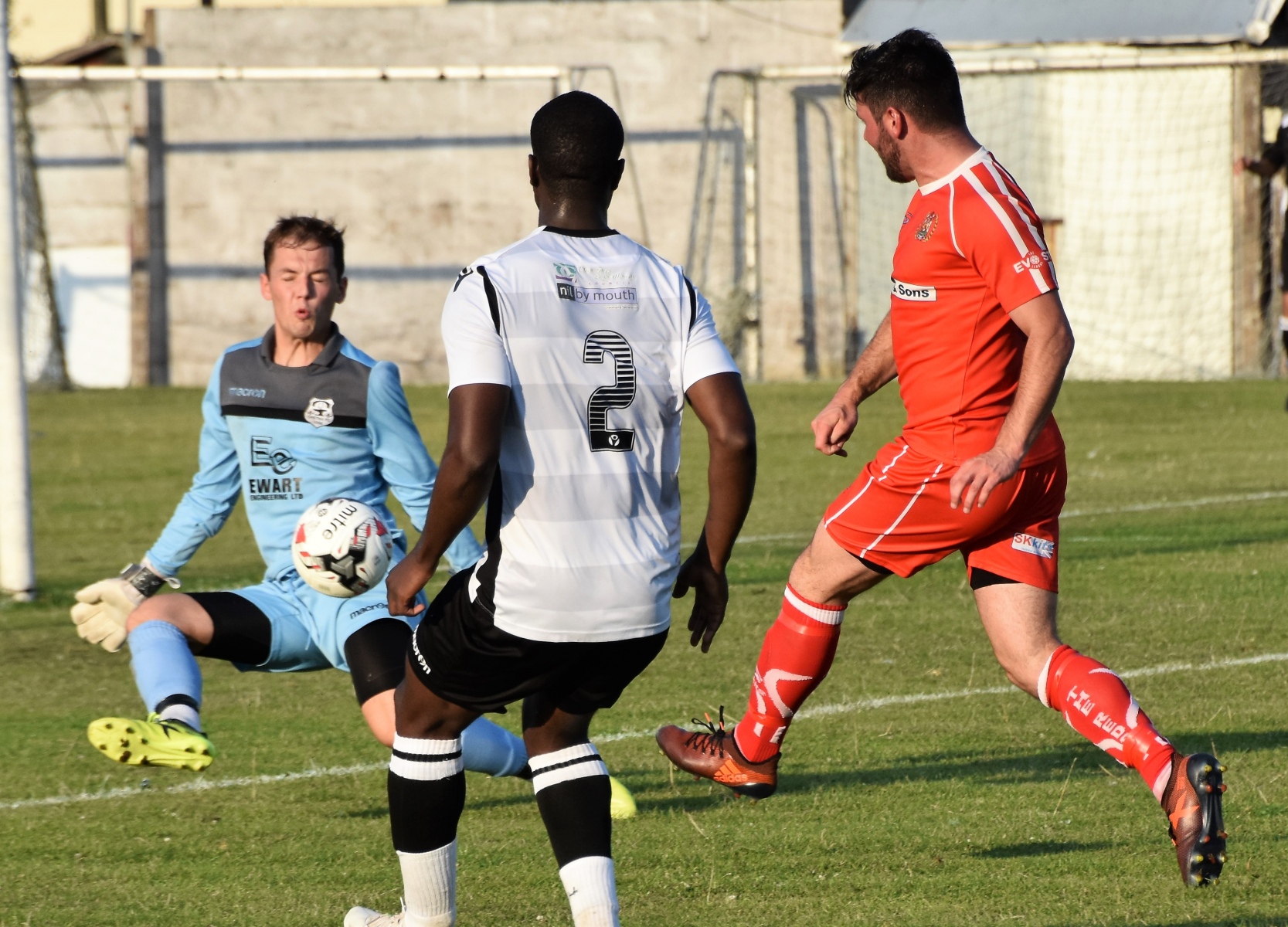 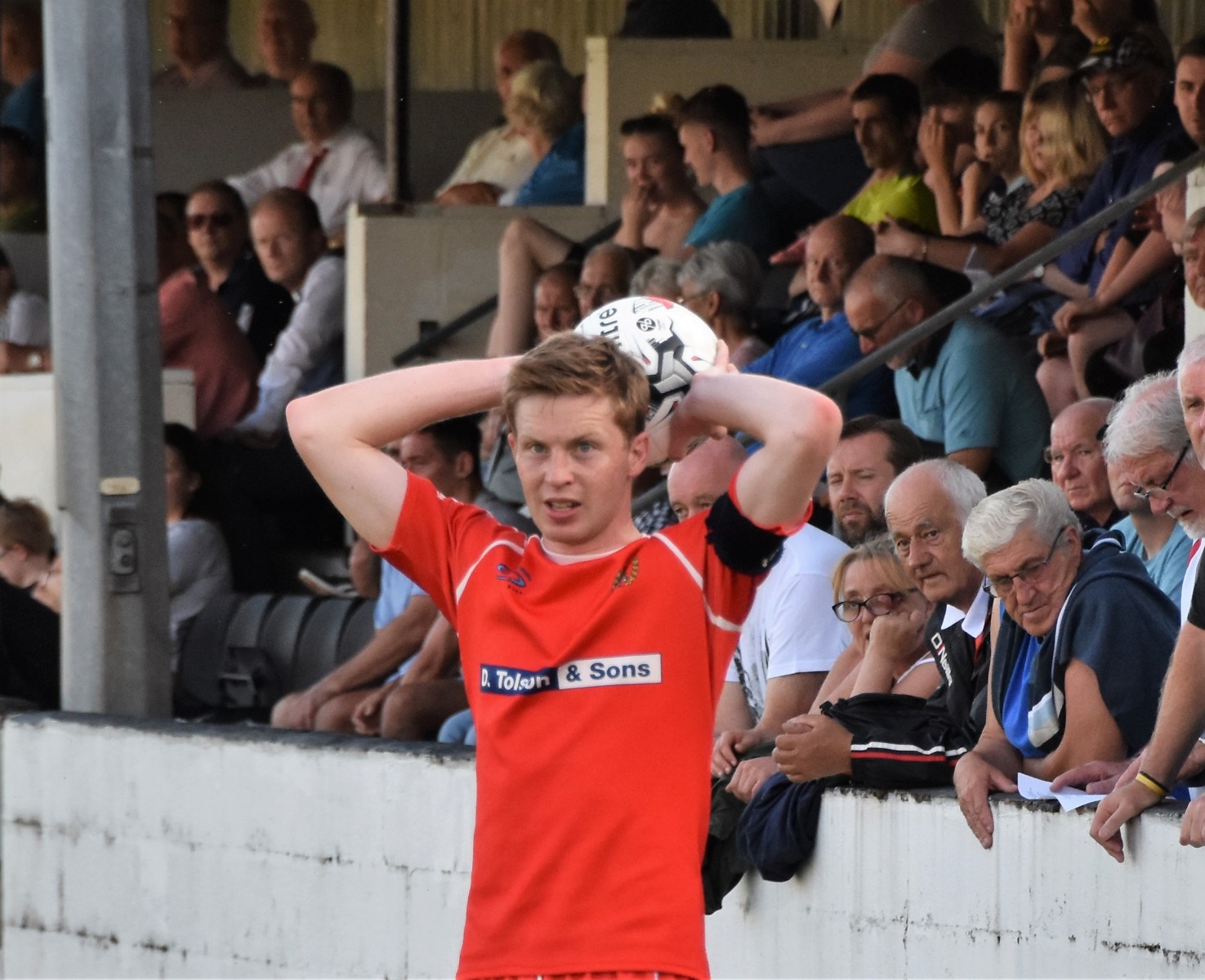 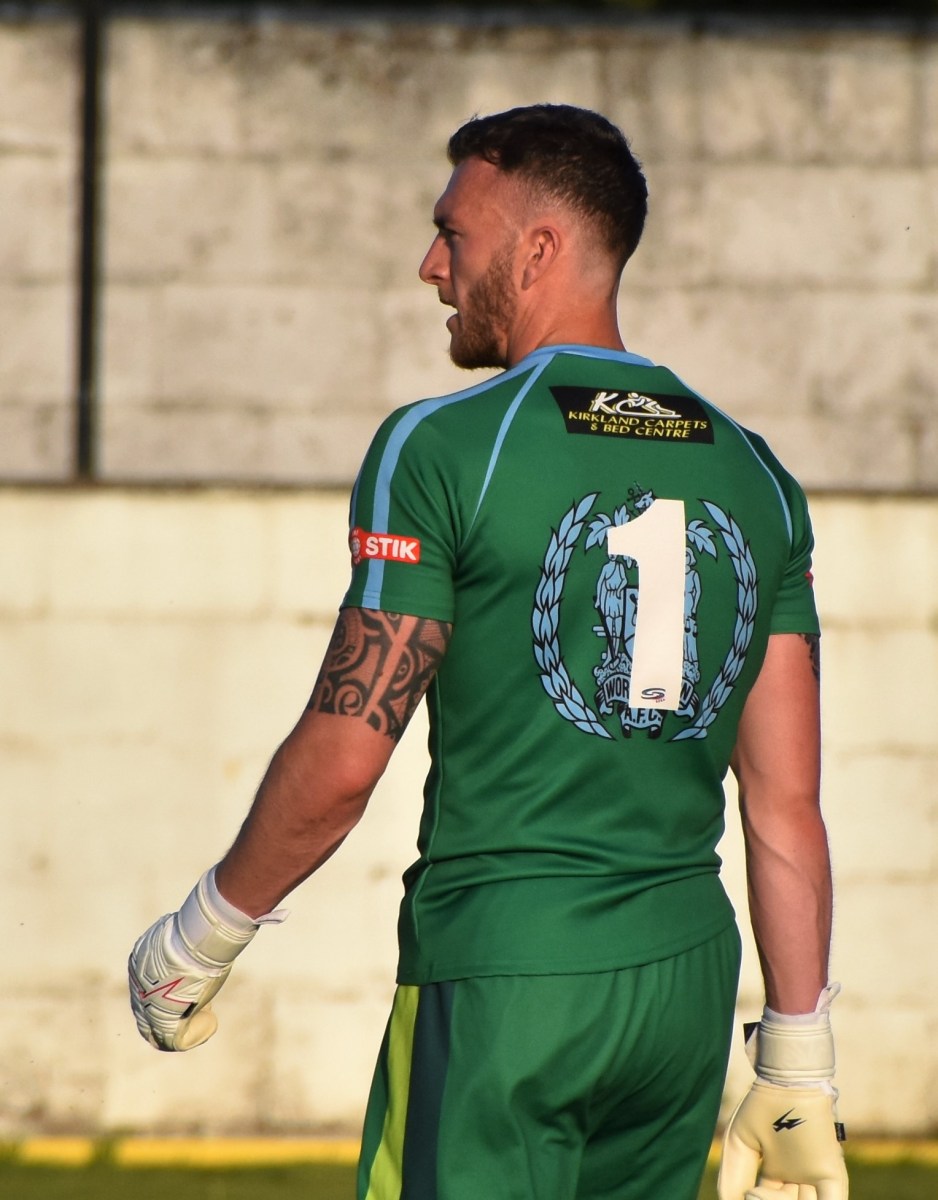 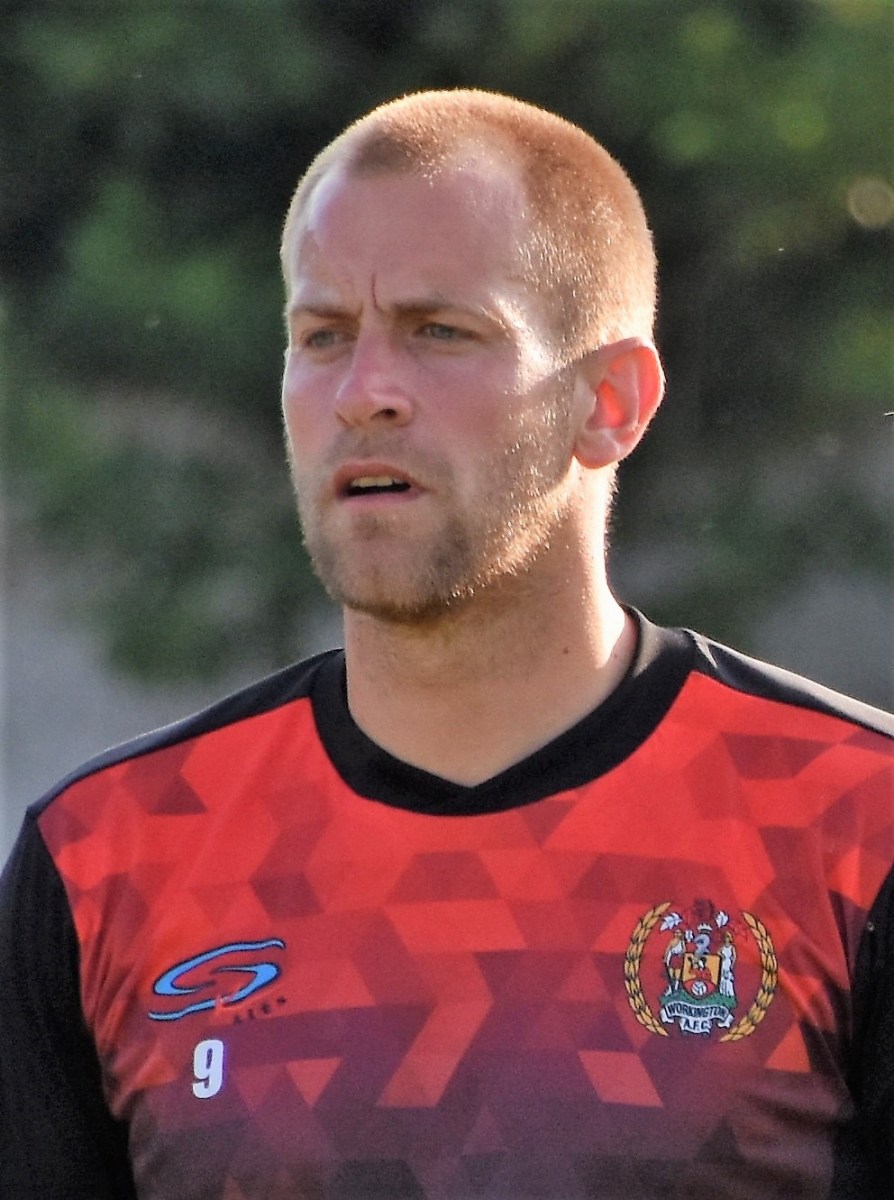 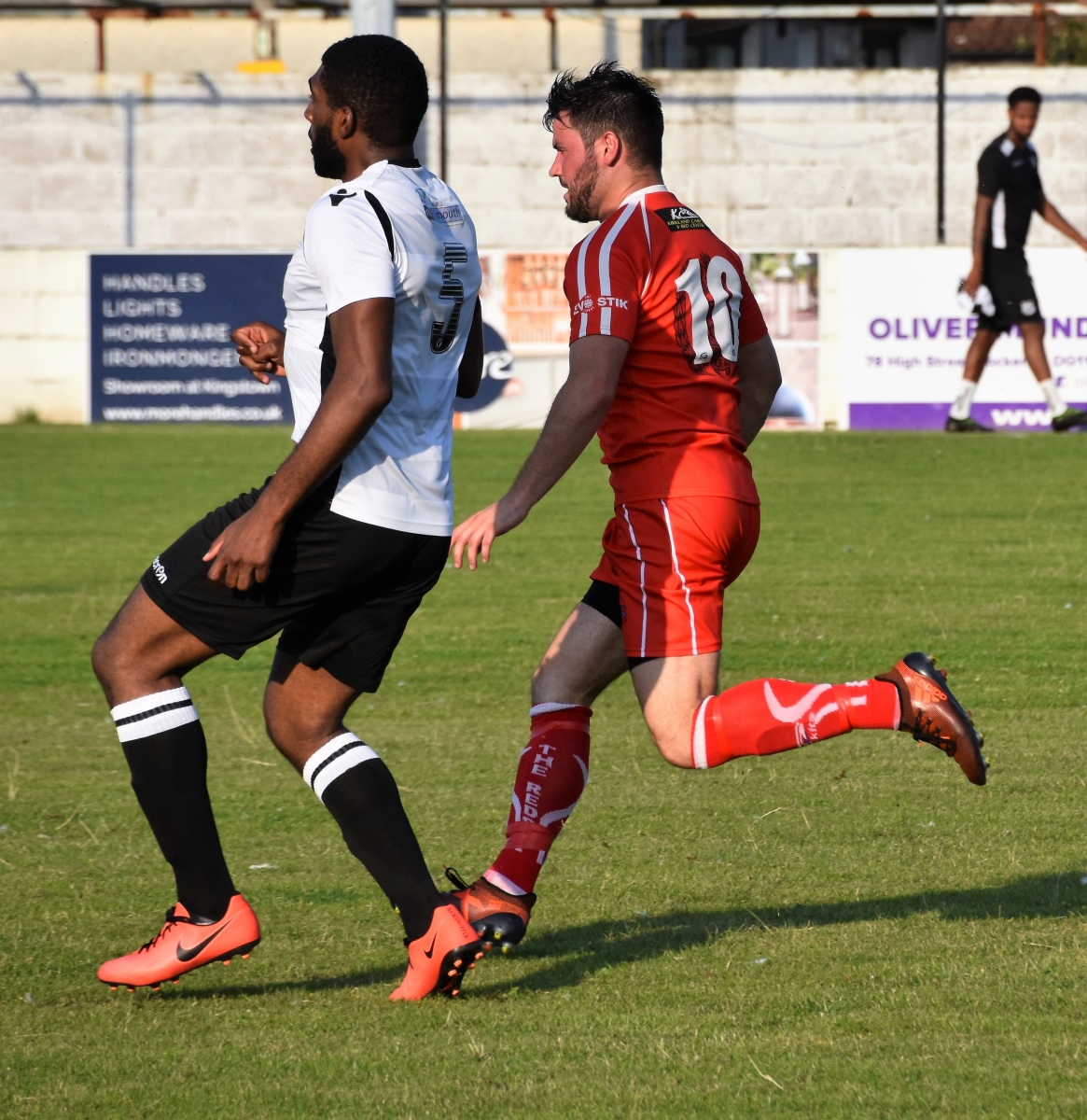 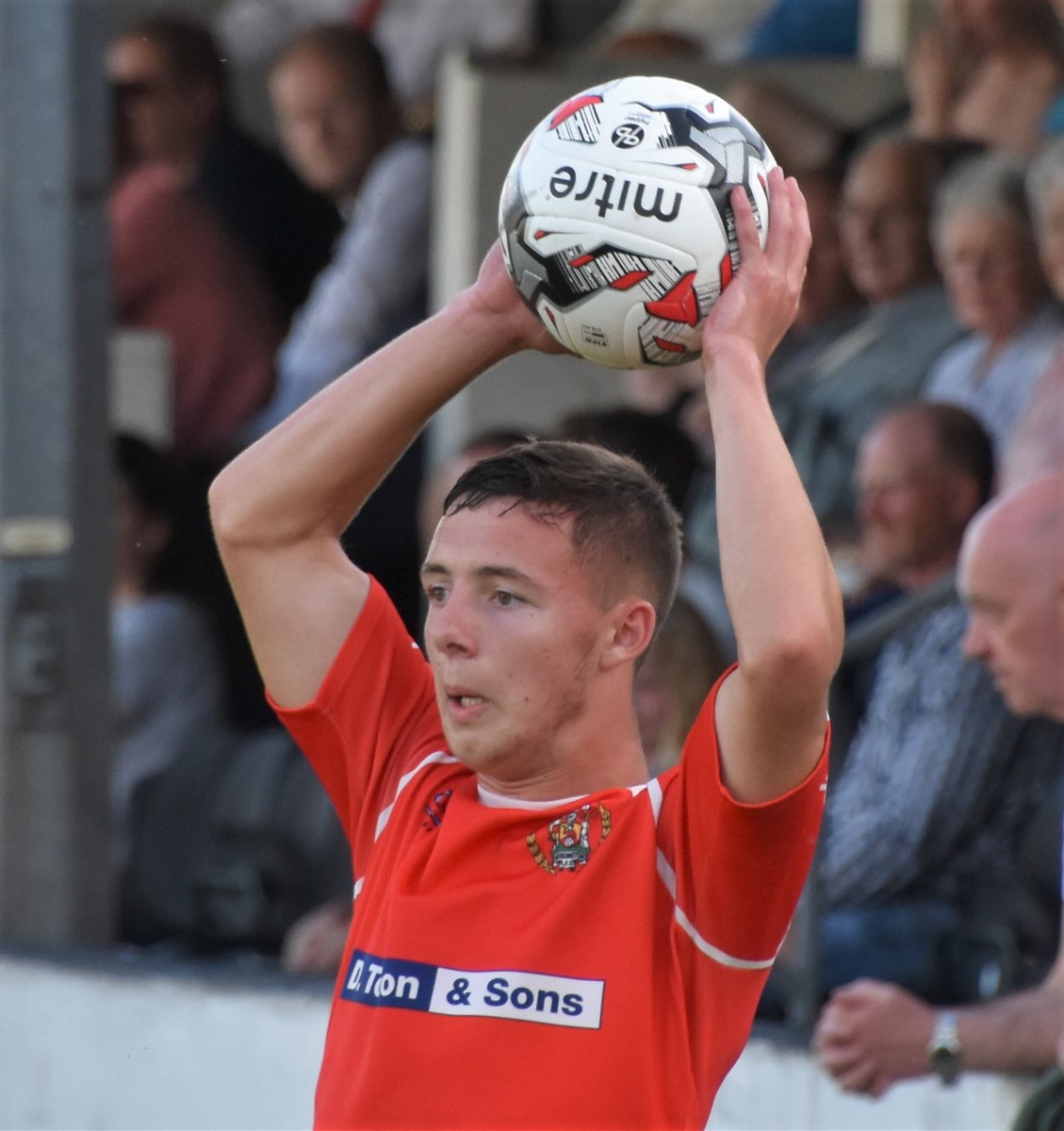 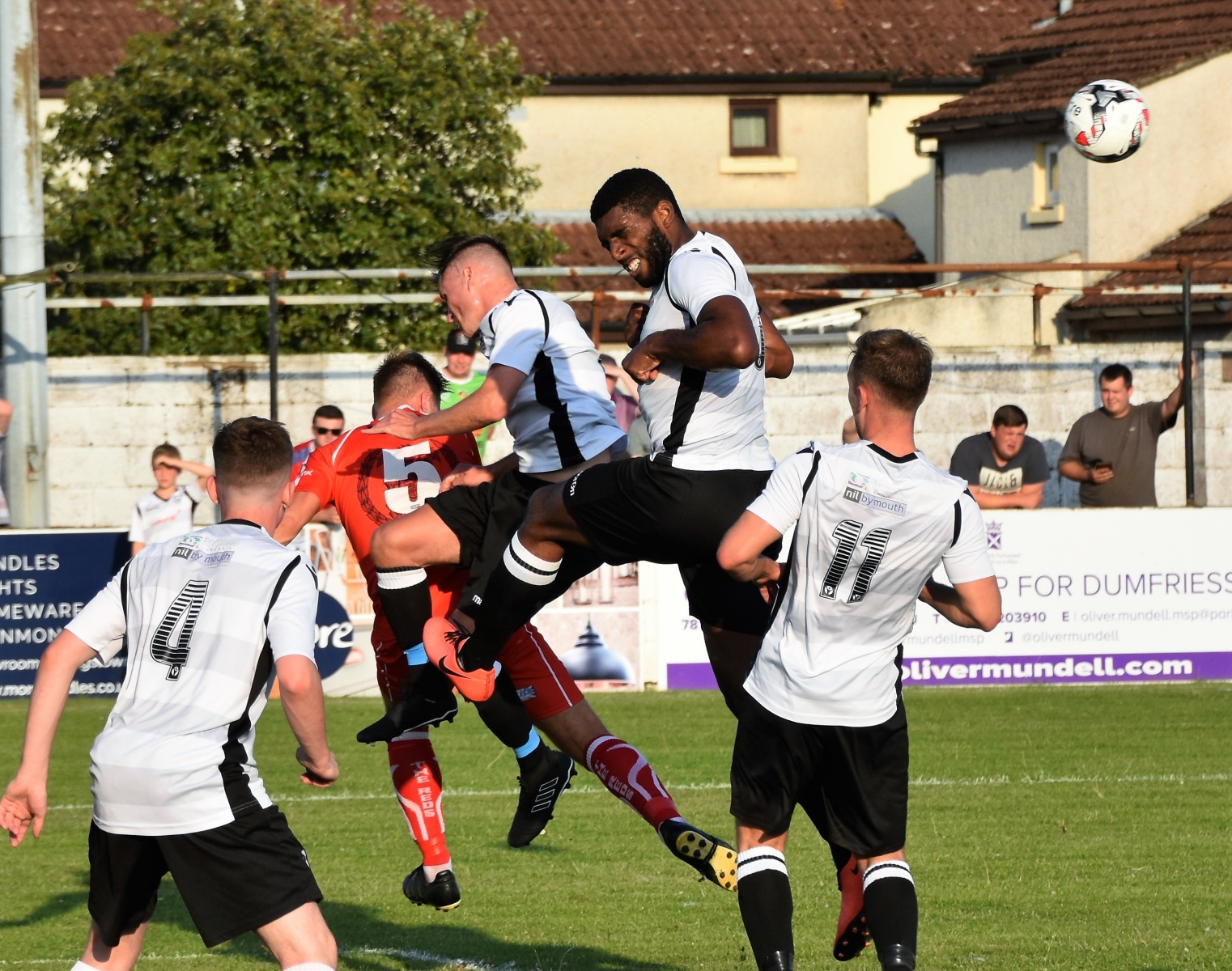 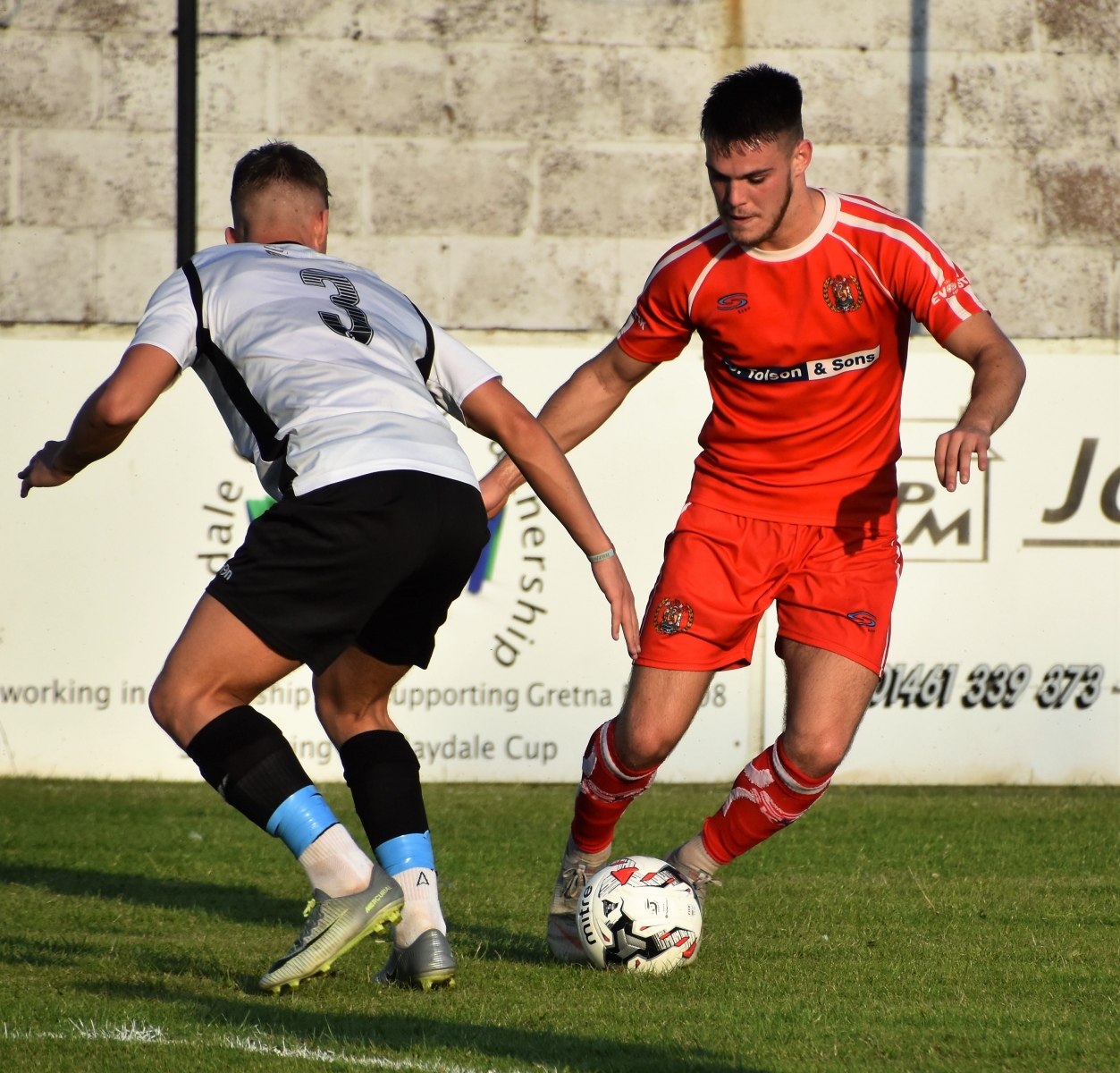 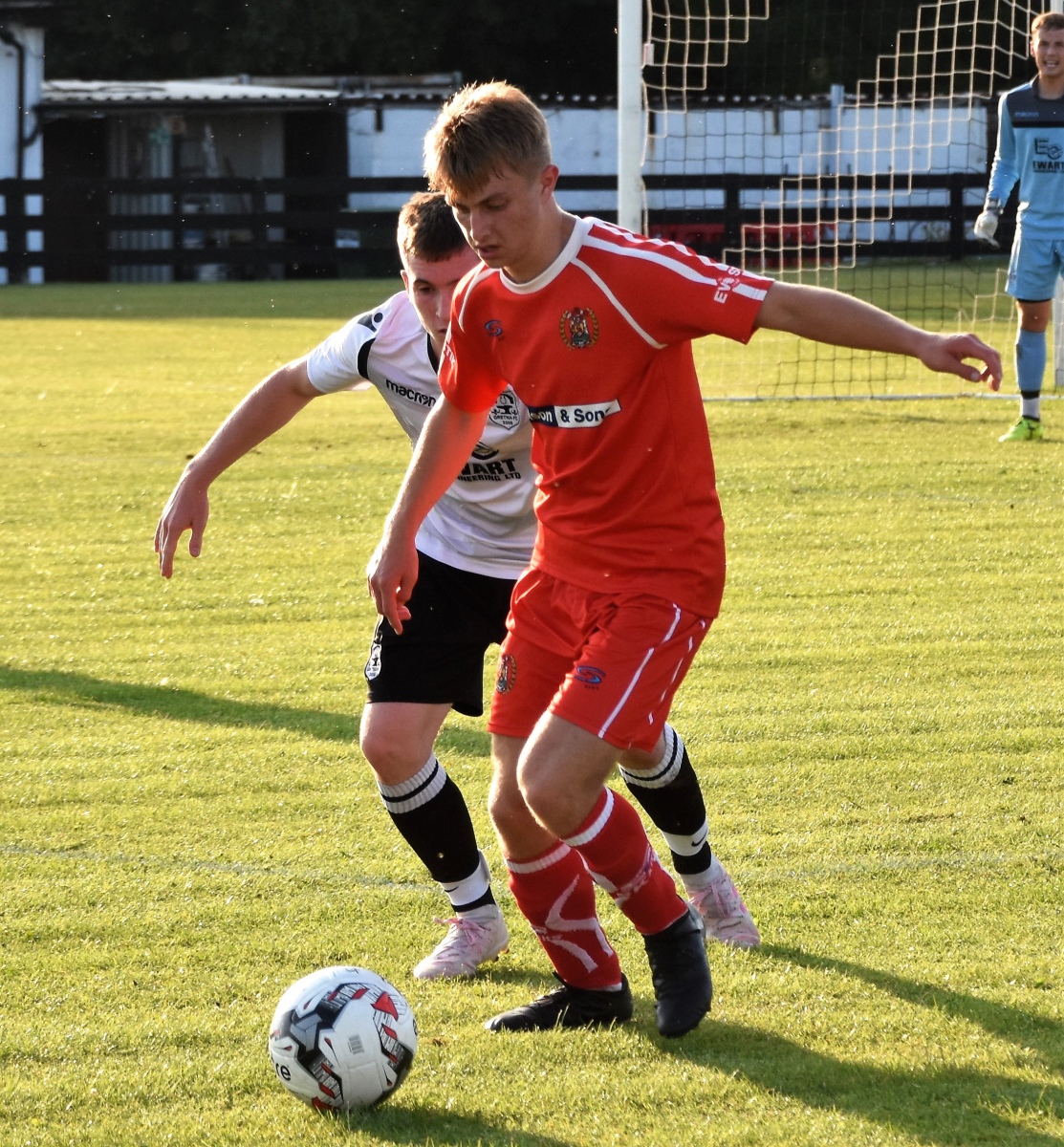 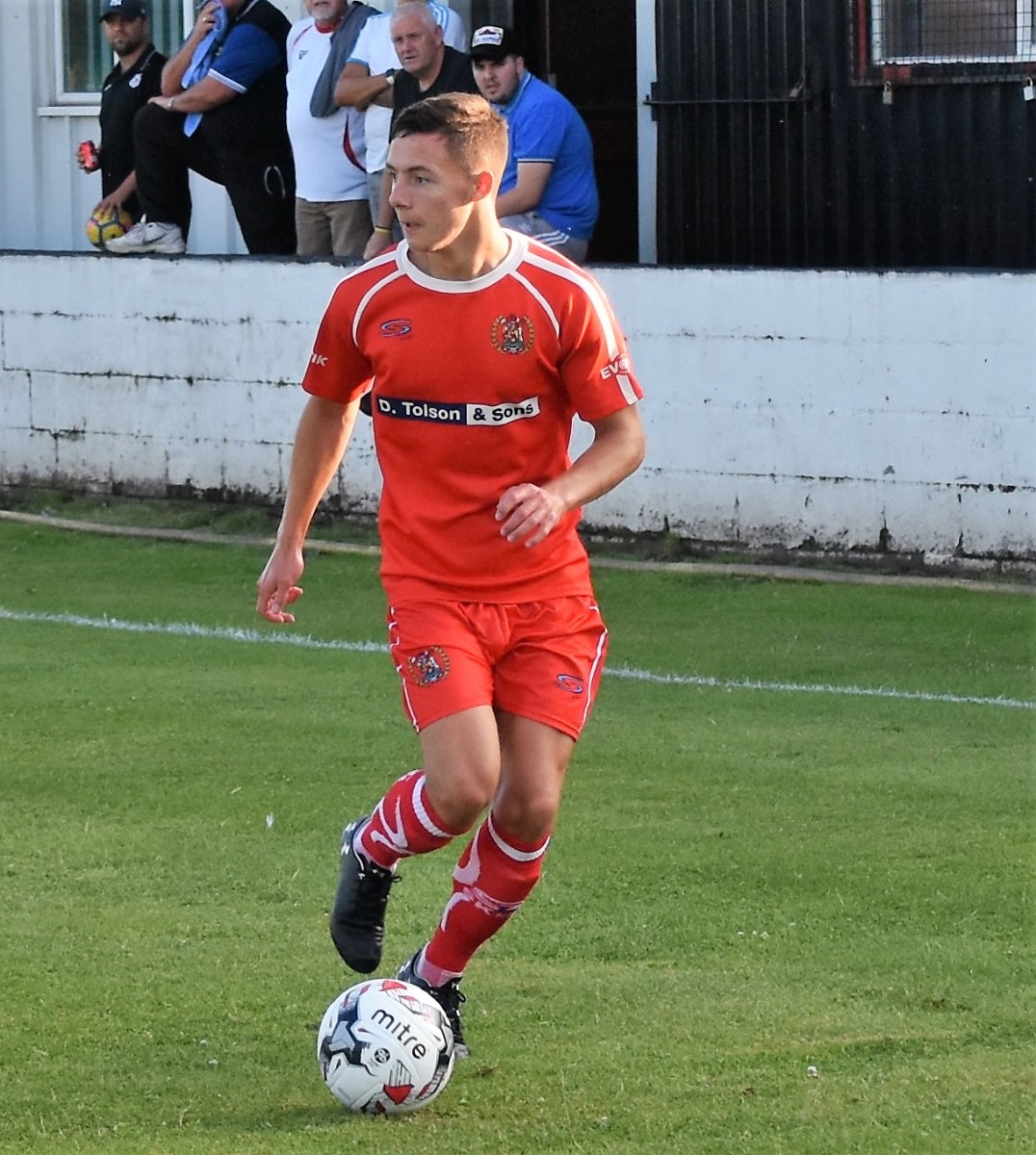 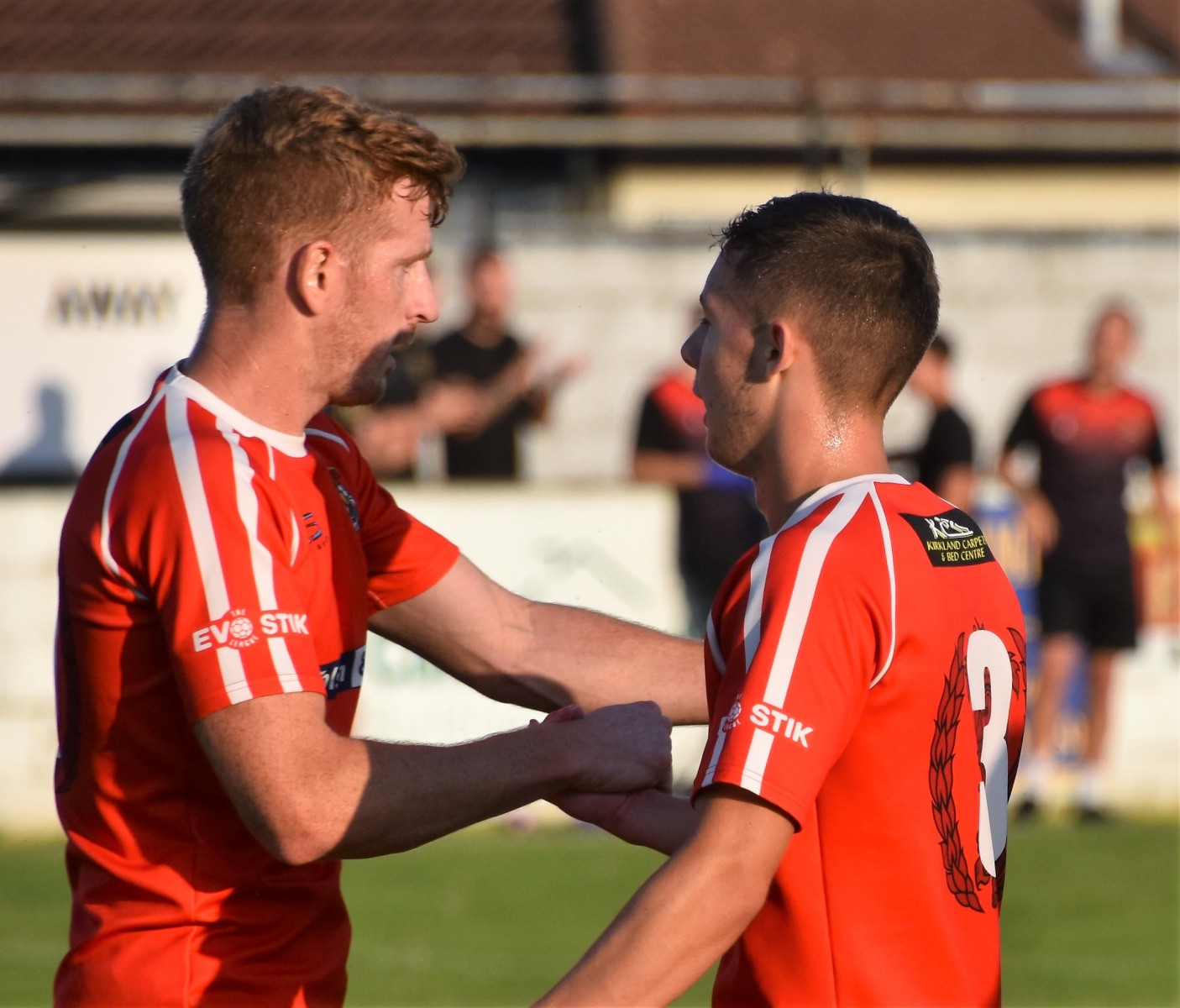 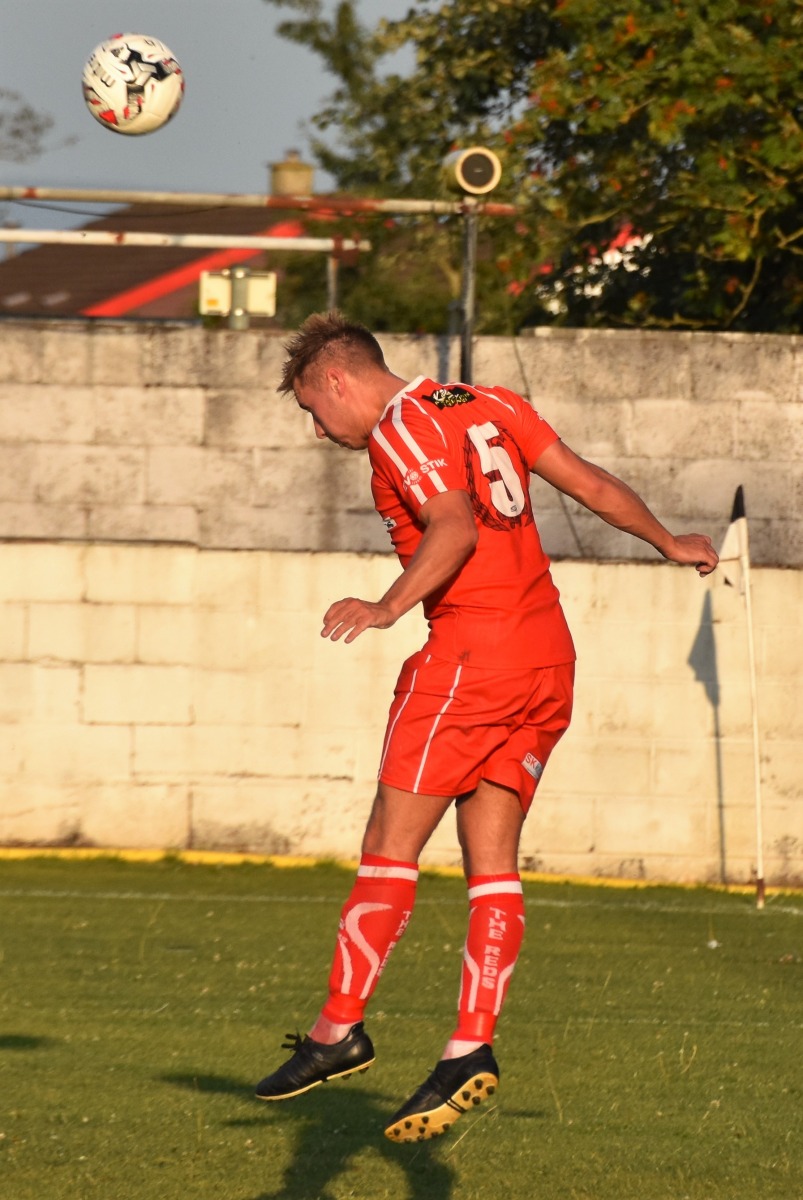 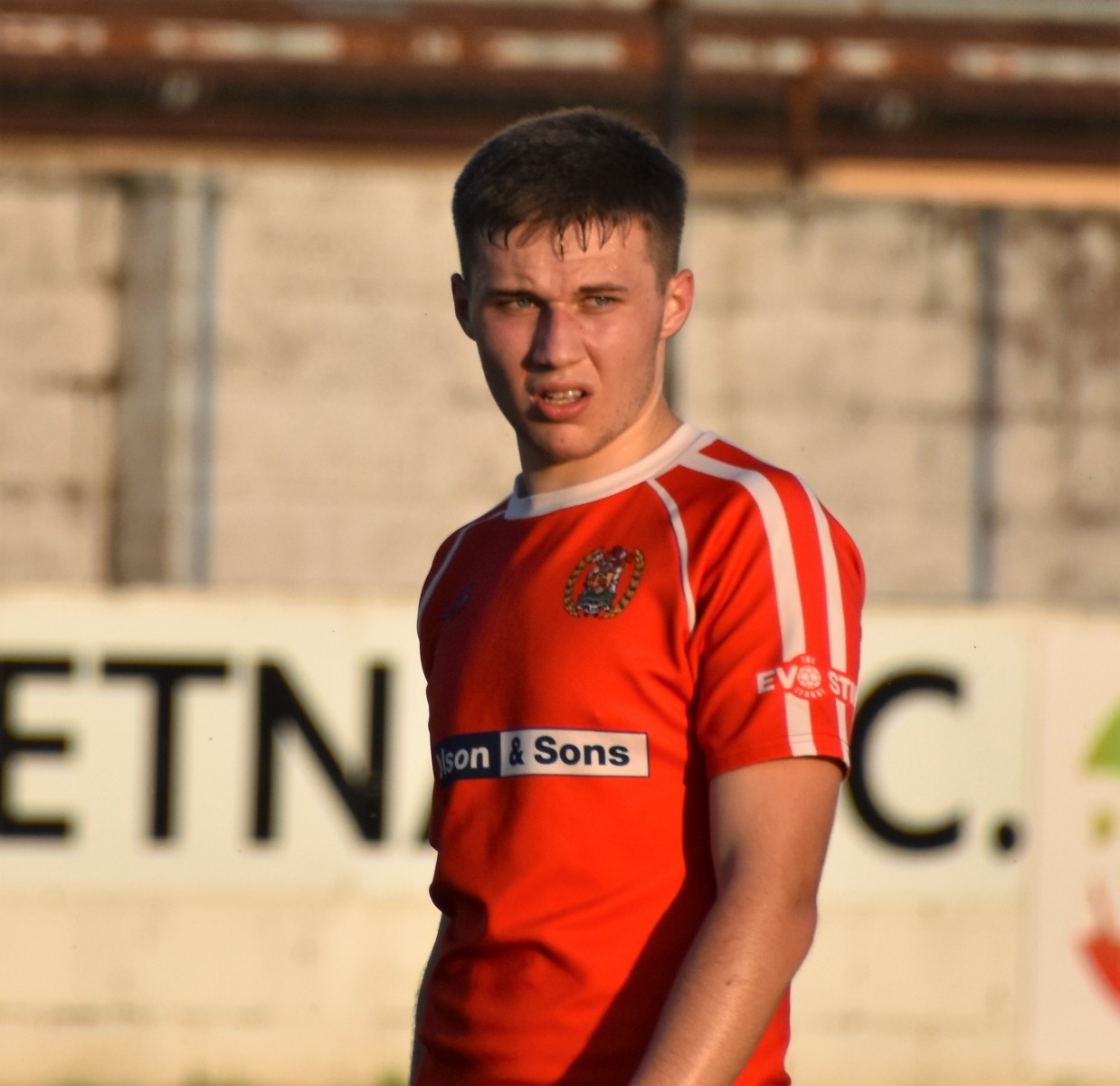 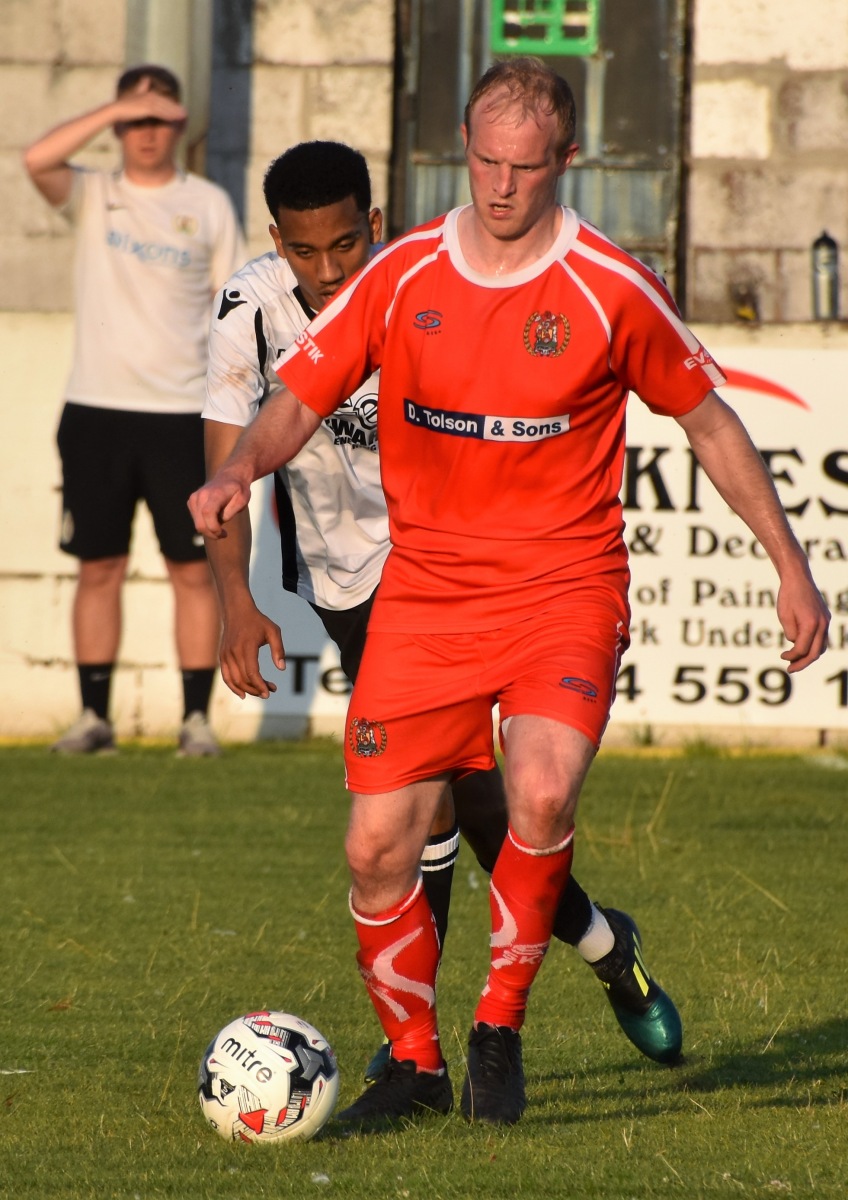 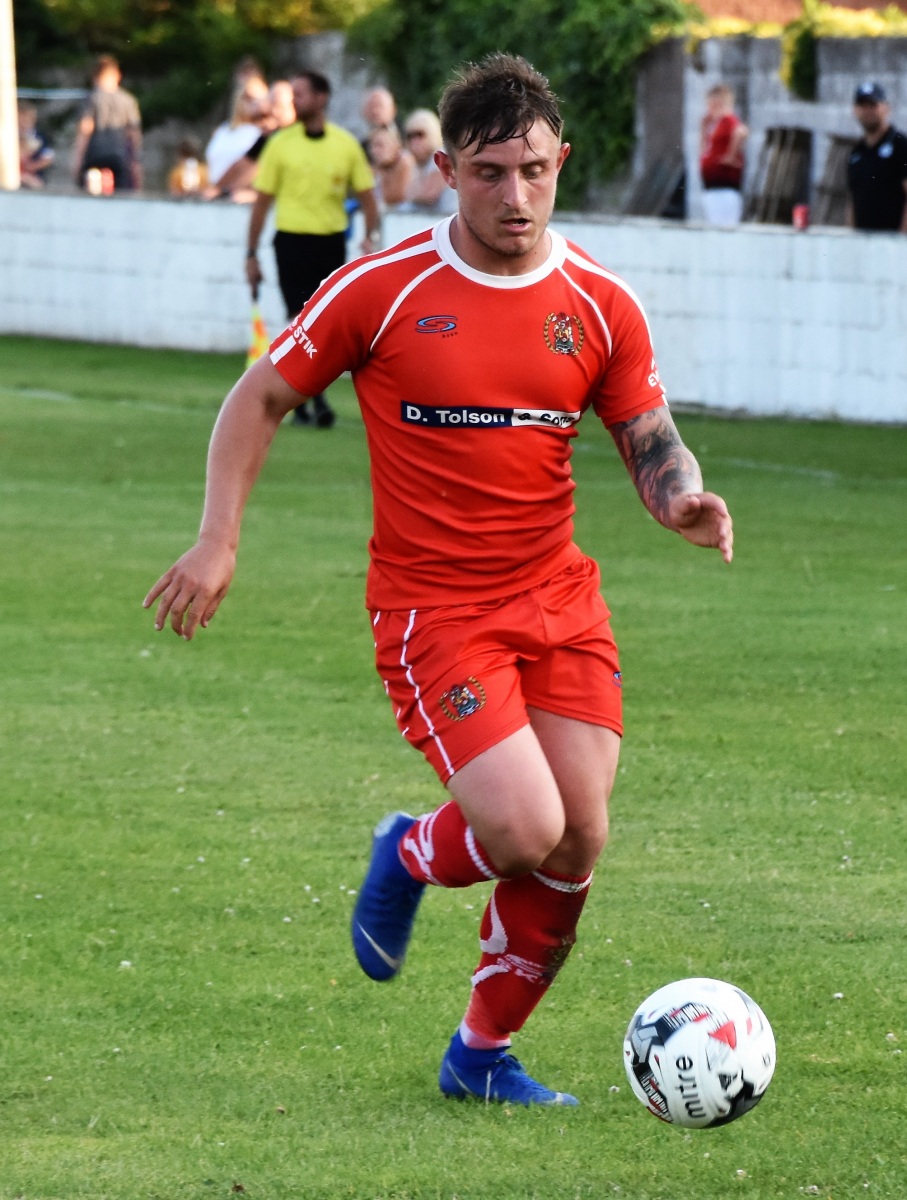 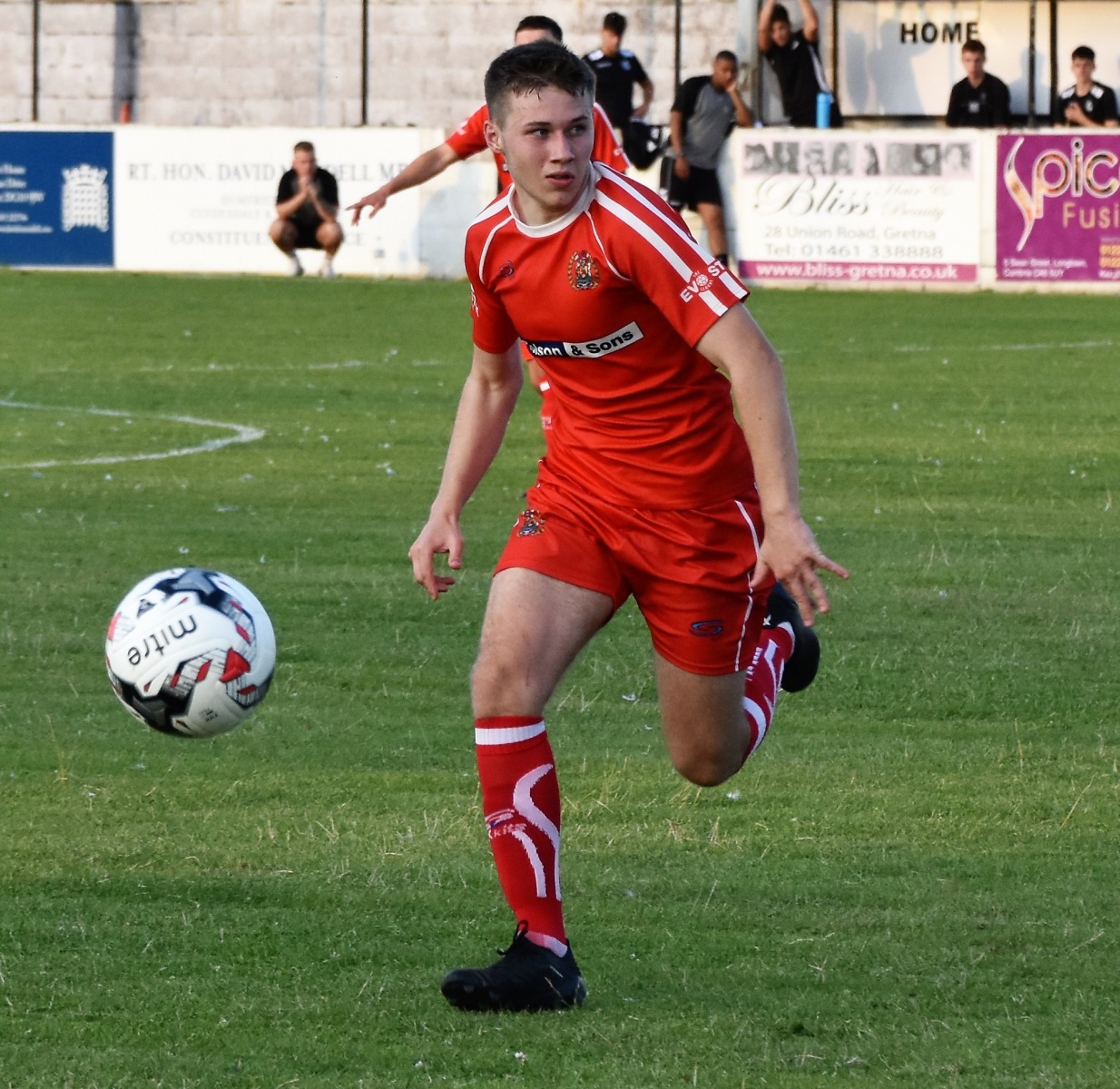 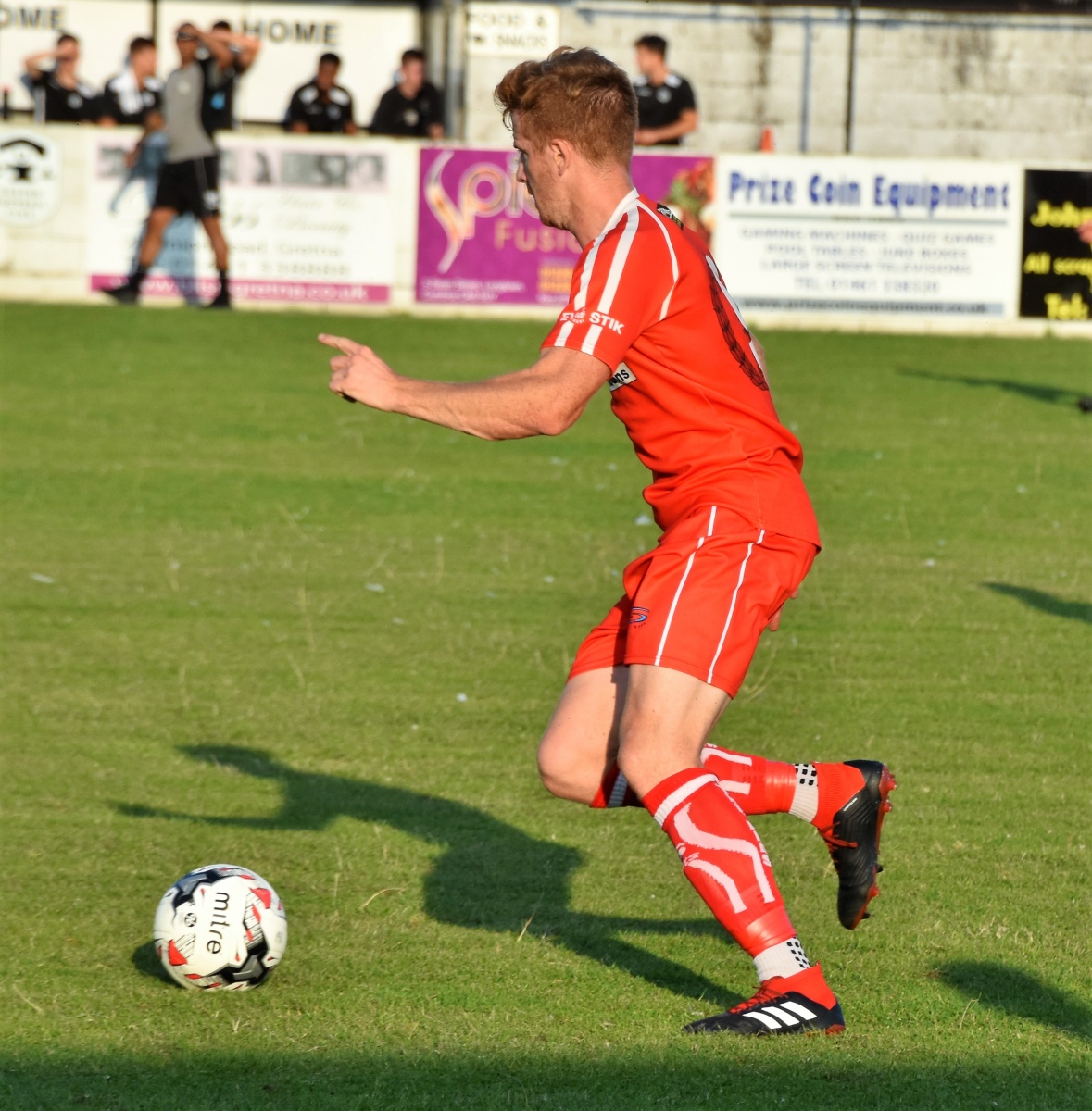 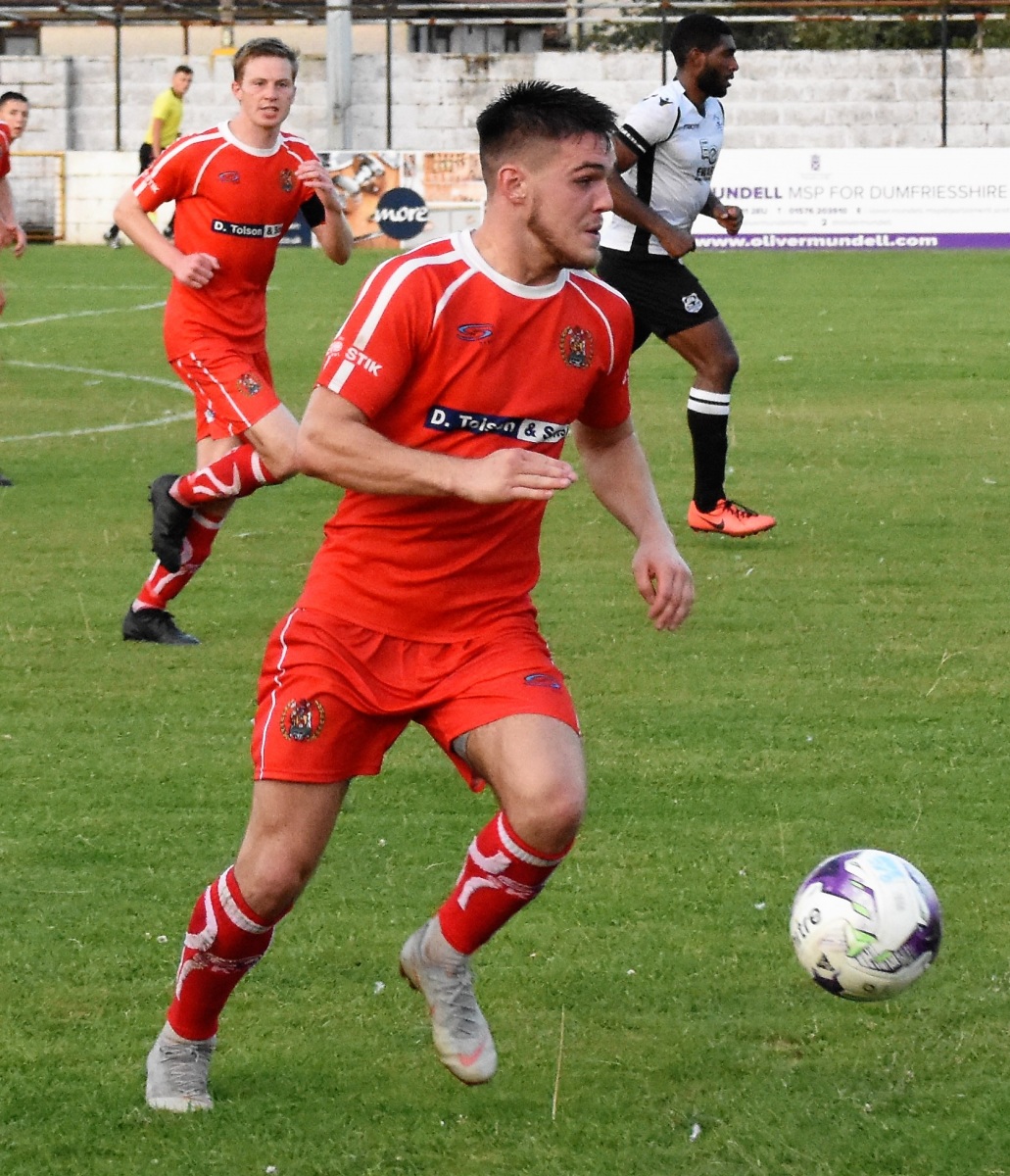 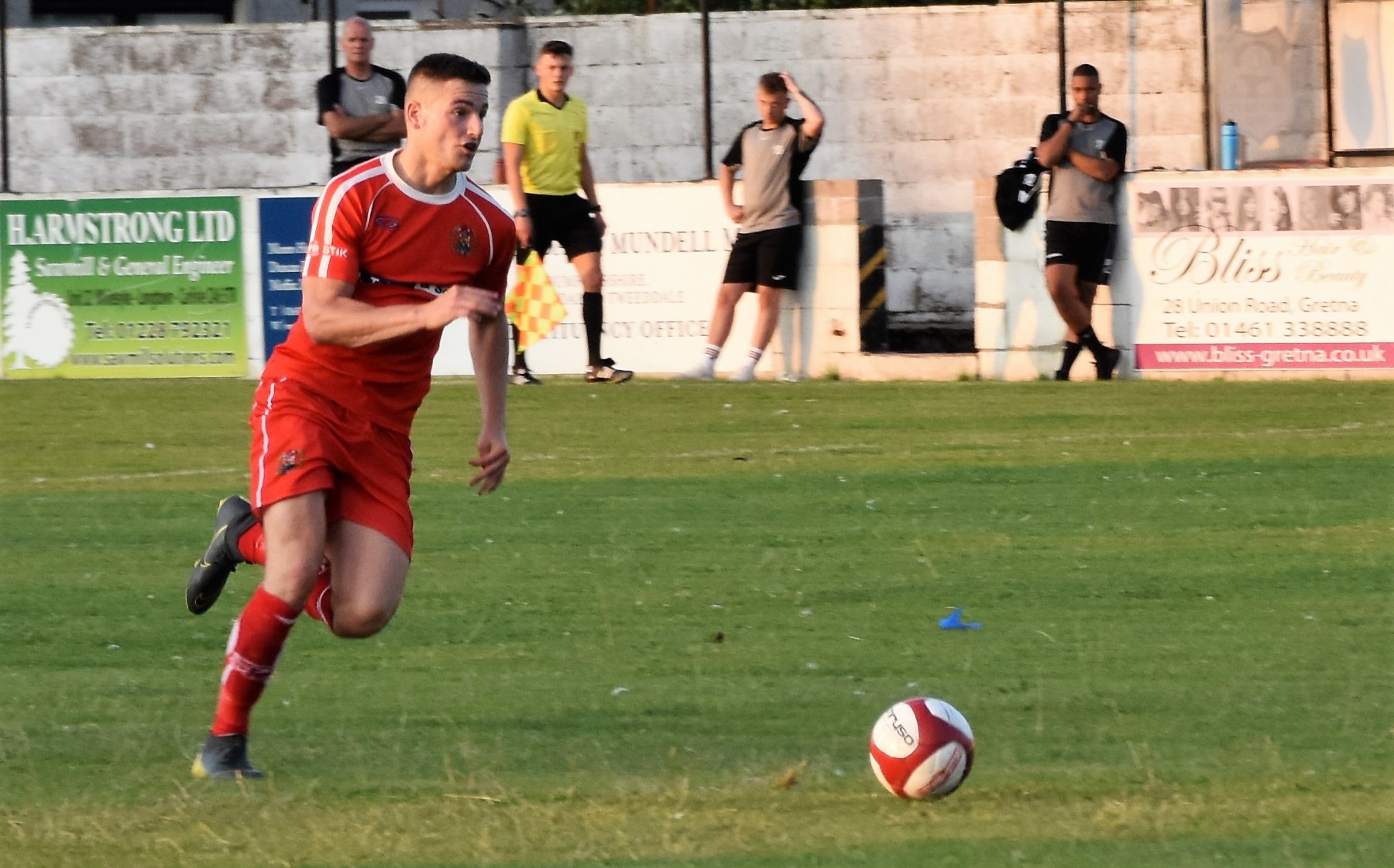 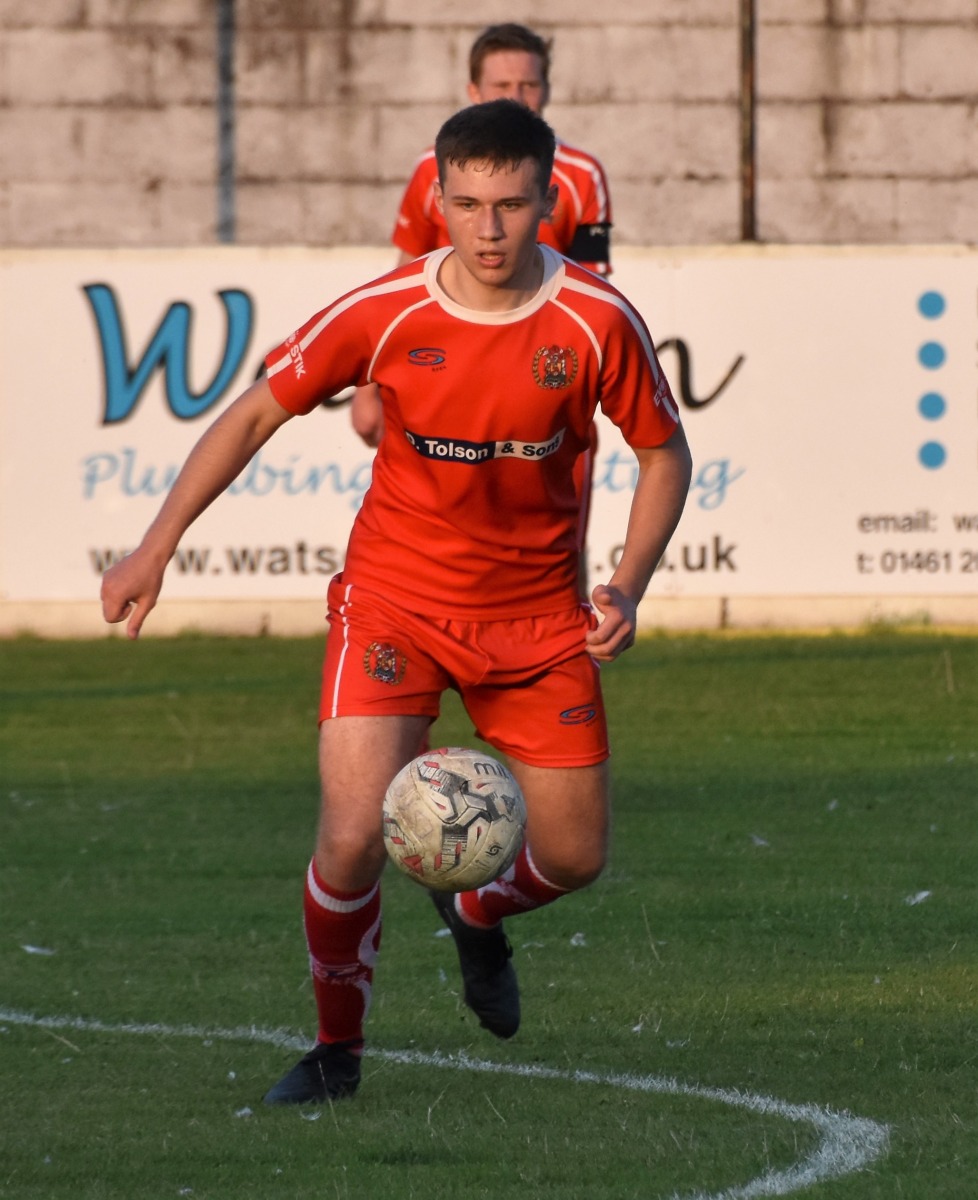 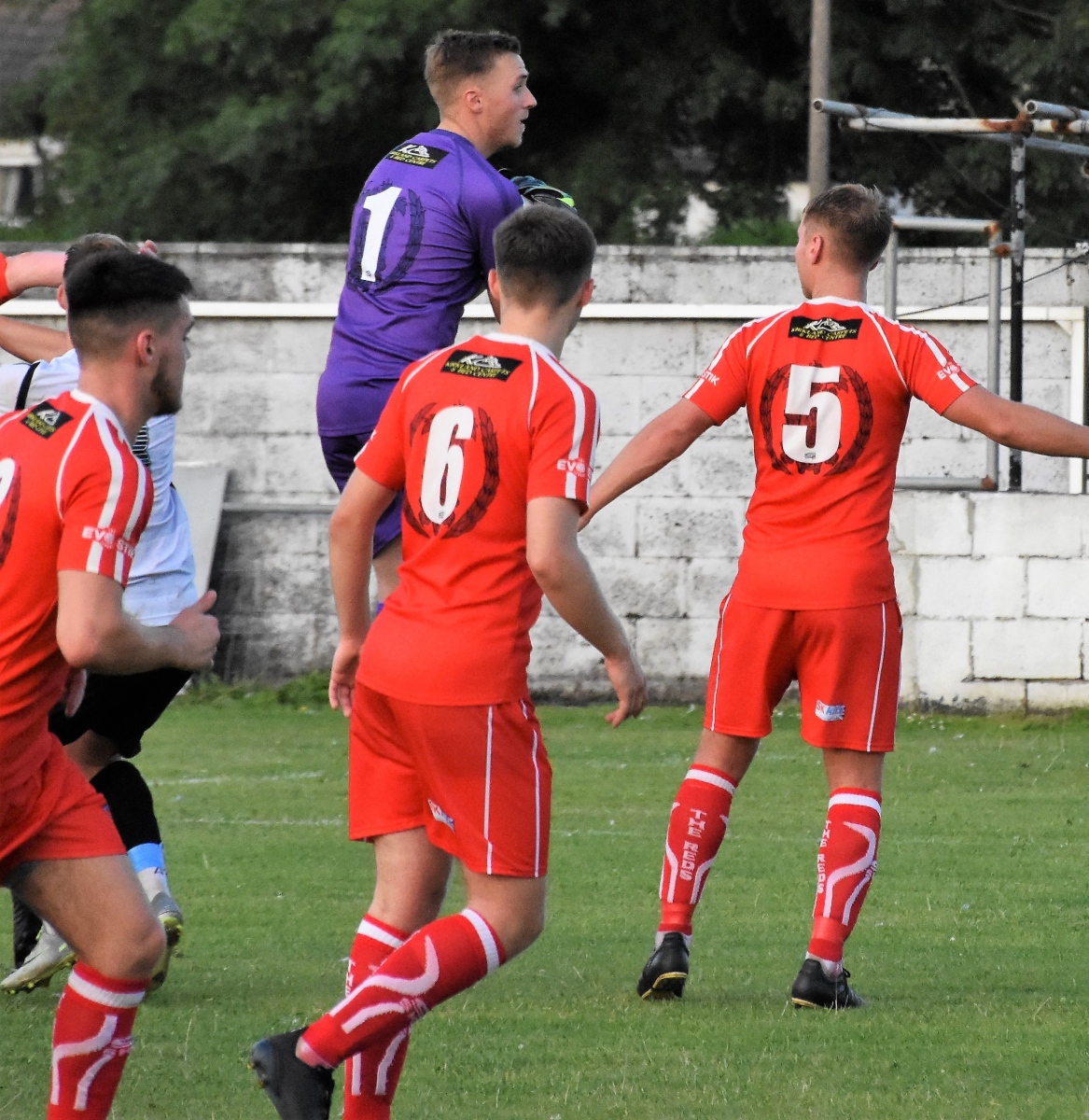 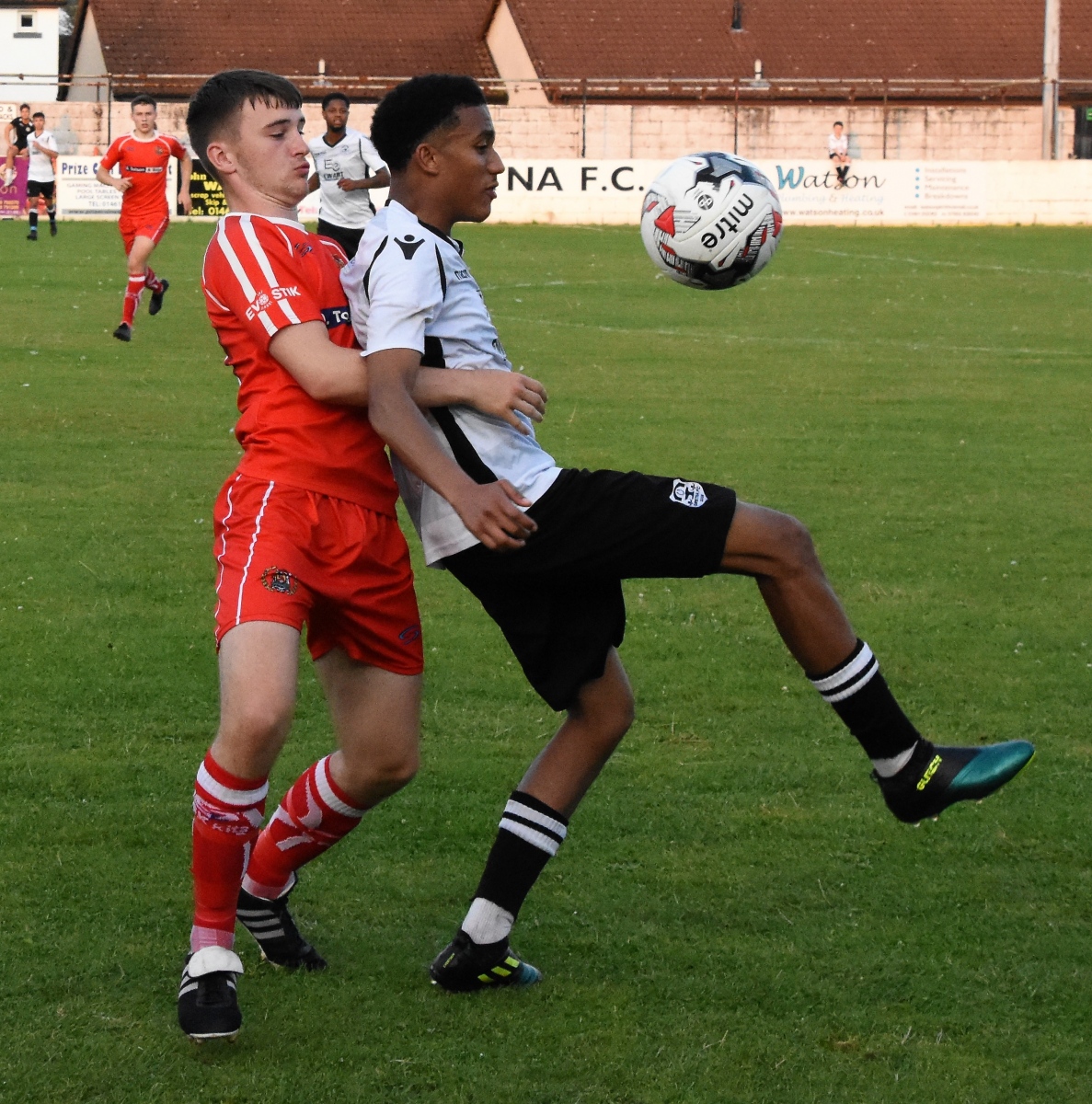 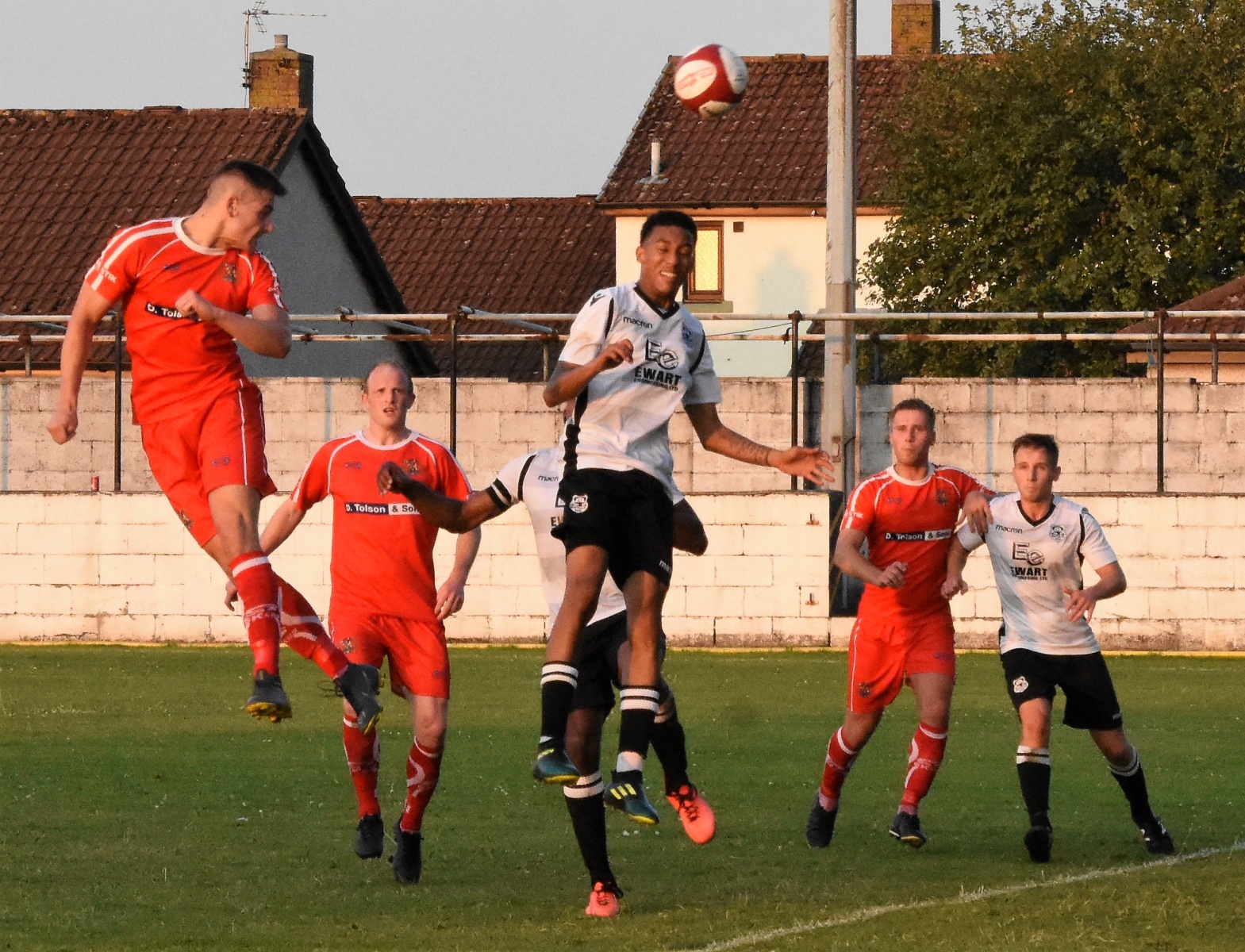 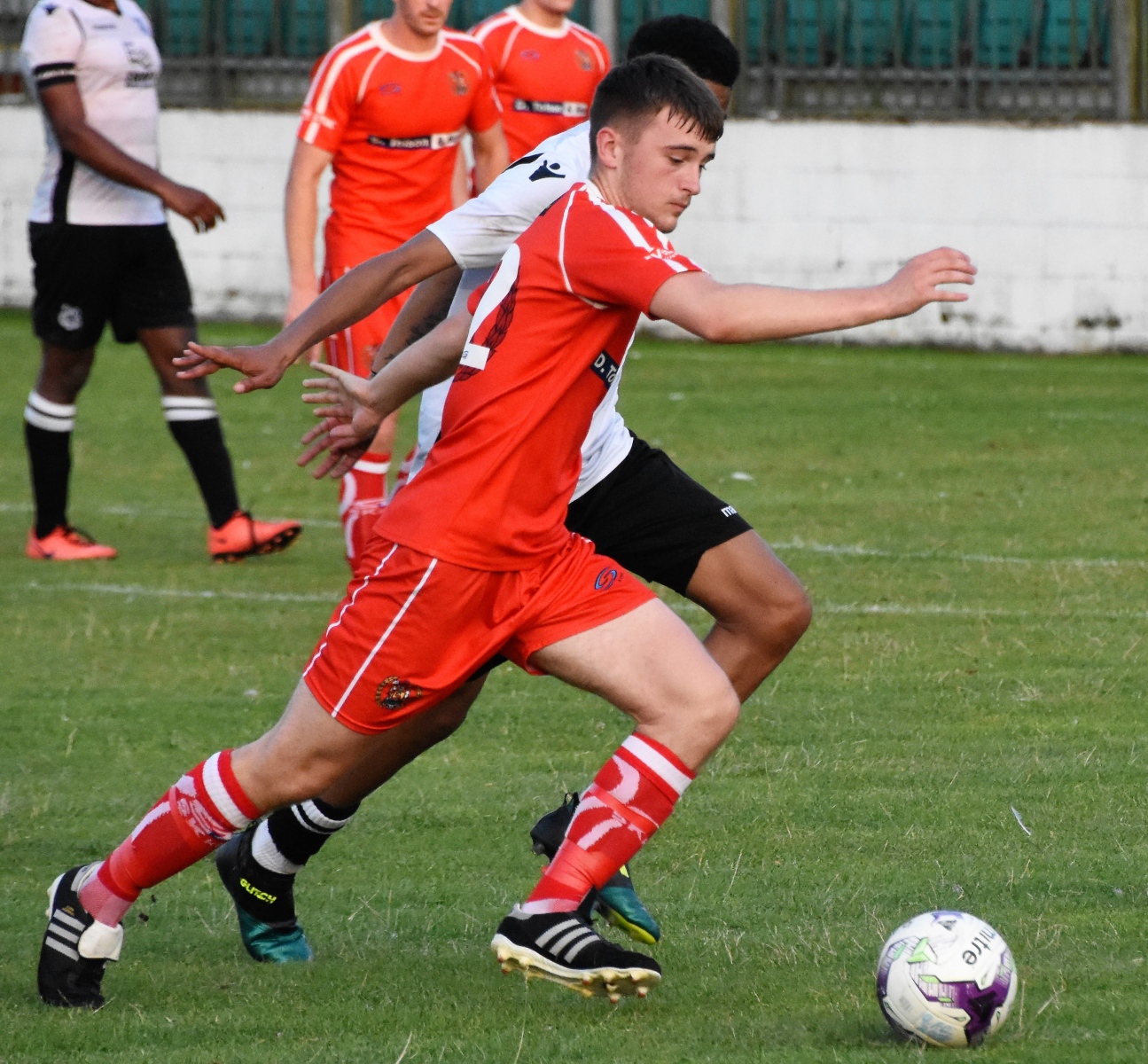