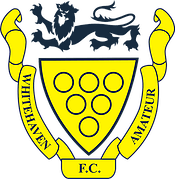 A delighted Danny Grainger took charge of his Workington team for the first time and gave his reaction after a comprehensive win over their West Lancashire League neighbours.

Obviously it was a good performance from the boys who took on board what we want them to do.  The two goals we conceded have come from us playing out at the back but that’s something I’ve asked them to do and we have to stick with it.  We are not going to abandon our way of playing over a couple of little mistakes.

It showed throughout the game that, once we were in possession of the ball, we were able to manipulate them and created a lot of chances.

Young Eli (Demitriou) came into the side and was fantastic, picking up the man-of-the-match award which was fully deserved and that was one of many positives to emerge from the game.  It was good to have Nathan Waterston back on the pitch again and getting the shots away and great to see Dav (Symington) in the mood with a special hat-trick.

I’m pleased how we performed which is a positive moving forward.  We should have been more ruthless in the final third but, overall, delighted for the lads who scored the goals and the performance all of them have put in.  Everyone acquitted themselves well.

Owen Bell took a knock on his ankle and we’ll assess him over the weekend and see how he is for next week’s games.

Looking ahead to the weekend, the manager added,

We are going into the Lake District this Saturday on a team-building exercise.  There will be a bit of hill scrambling in the morning followed by mountain running and more physical stuff in the afternoon.

It’s all about team spirit, getting to know each other and making sure they push each other on when they are out of the comfort zone as we build towards what, we hope, will be a successful season. 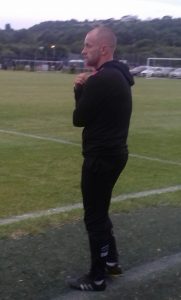 Grainger used twenty-three players overall fielding a different team in each half.

They were three goals ahead by the interval with Josh Calvert, Sam Smith and Brad Hubbold all on target, a lead that would have been substantially more had it not been for the heroics of Whitehaven ‘keeper, Tom Fowler, who pulled off a string of fine reflex saves.

Lee McCullough’s hastily assembled Whitehaven team did score twice in the second half and, to their credit, battled on gamely despite seeing very little of the ball.

Ben Powell netted both for the hosts but the second half belonged to Dav Symington who bagged a stunning hat-trick with some explosive finishing.  It was from another Symington effort that Sheldon Mossop poached Reds’ other goal to complete a satisfactory workout.

Laura Hocking, daughter of the late Shaun Hocking, presented the trophy to Reds skipper, Conor Tinnion and revealed that £650 had been raised toward the British Polio Fund.

Prior to kick-off, a minute of silence was observed in memory of William Robson (senior) who passed away the day before the game. 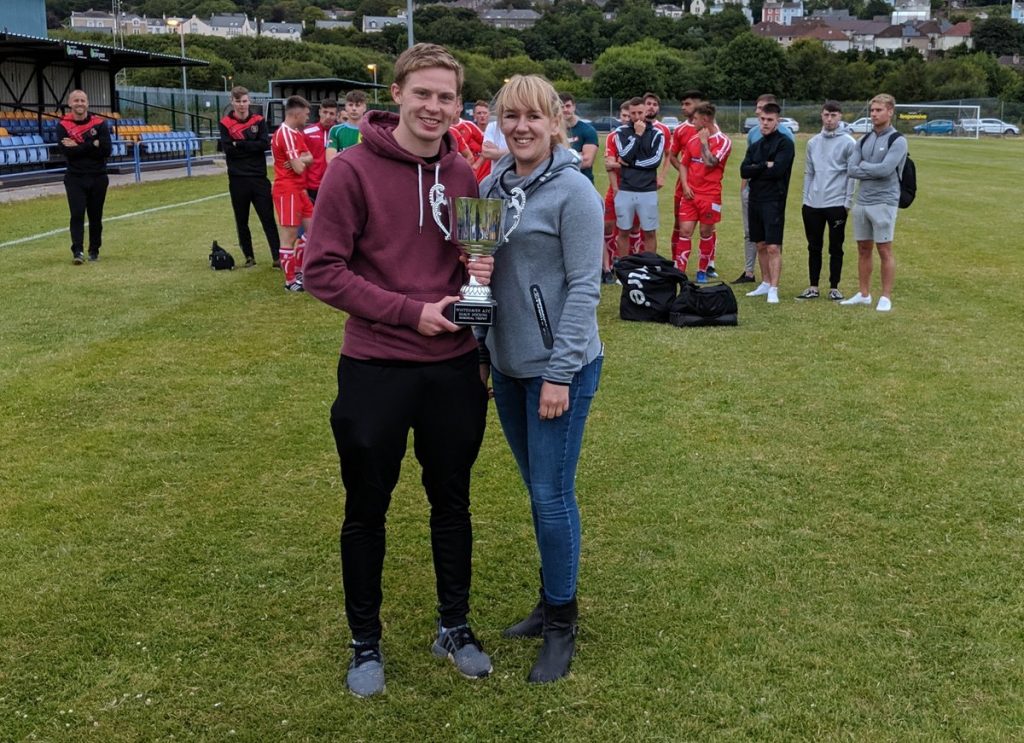