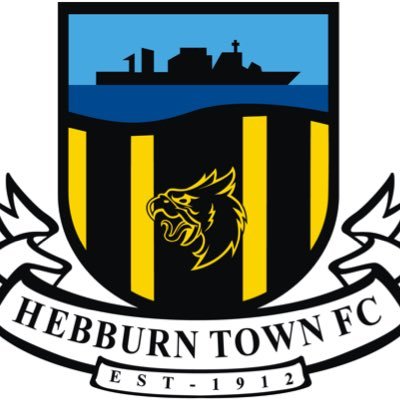 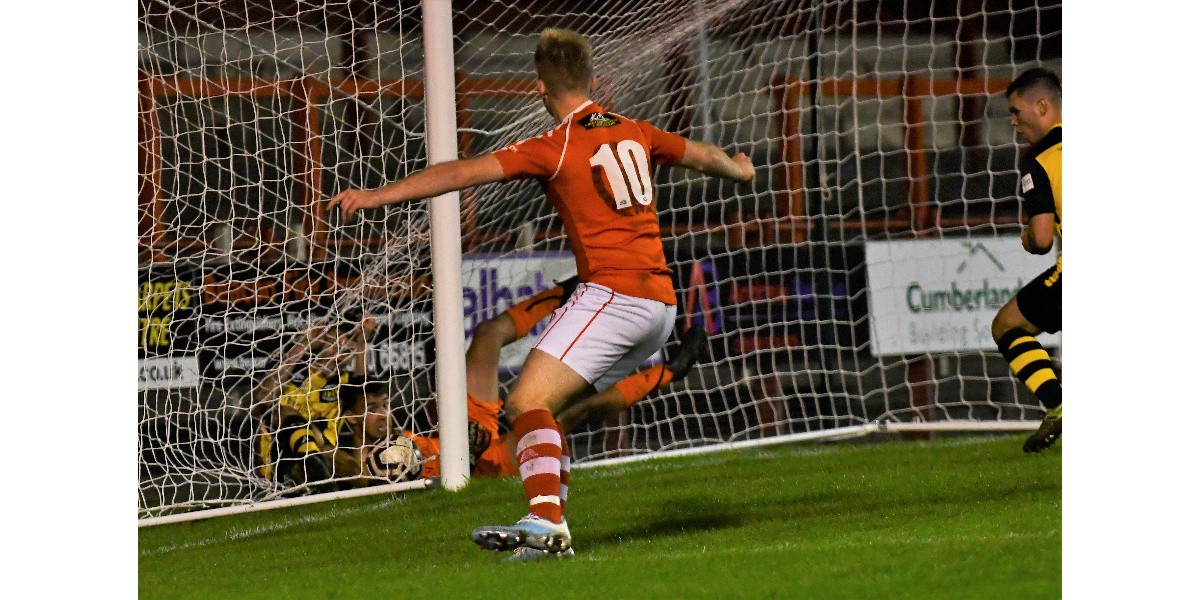 Credit to both sides for slugging it out over 120 gruelling minutes, in this FA Youth Cup Preliminary Round tie.

Reds appeared to have one foot in the next round after a dominant second half performance but Hebburn equalised eight minutes from the end to take the game into extra time.

But a close range finish from Reuben Butterworth early in the additional thirty minutes proved to be the winner and Reds celebrated a rare home success in the competition.

Hebburn, who knocked Reds out last year, looked as though they were going to progress again after controlling the first half. They were technically better, their play was structured and efficient and several chances were created.

Indeed, had it not been for goalkeeper, Aaron Carter, the hosts might have been three or four goals down. He pulled off a string of fine saves and kept his side in contention.

They had already threatened on a couple of occasions and could have taken a ninth minute lead via a penalty. Kai Charlton’s pace took him towards goal but Butterworth tripped him just inside the box and the referee took time to make his decision and awarded the spot-kick.

Joseph Power struck the ball firmly towards the bottom corner of Carter’s net but the ‘keeper dived full length to pull off a fine save.

He made further stops to deny Liam Murray and Ethan Nicholls as Reds struggled to get a foothold in the match.

A goal seemed inevitable and it arrived seven minutes before half time, confidently despatched by Charlton.

Out-of-touch Reds finally had some good passages of play after repeatedly giving the ball away. Ciaran Poultney forced Town’s James Gray into a decent save just before half-time and that seemed to be the catalyst for a determined second half display.

And Poultney made that hope a reality when he restored parity just two minutes after the restart. He forced the ball home from six yards after Gray parried the previous shot into his pathway.

The hosts, finally, were playing with confidence and excellent work from Thomas Houghton on the right was rewarded somewhat fortunately. Houghton protected the ball well, wriggled away from the last defender and supplied a teasing assist across the face of goal. Town player, Power, could only guide the ball into the net for an unfortunate own-goal.

Power’s night of misery was complete when he picked up a booking.

Reds had what looked like a definite penalty turned down with the referee sticking to his original decision after consulting with his assistant.

Yet for all their second half authority, Reds fell for the sucker punch eight minutes from time. One ball over the top left the defence in disarray and Liam Murray capitalised by stroking the ball past Carter for an equaliser, albeit against the run of play.

Undaunted by Hebburn’s late leveller, Reds upped the tempo in extra time and the lively Harry Watson was thwarted by yet another Gray save. Watson was also involved in the winner with his low cross converted by Butterworth at the far post.

Houghton thought he had netted Reds fourth goal of the night but an assistant’s flag curtailed his celebrations.
And it was Hebburn’s ‘keeper, Gray, who saved once more denying Poultney a second goal just before the end.

Skipper Luke Ivison was inspirational for Reds as he covered every blade of grass on the Borough Park pitch.

But Reds were also indebted to Carter for his first half heroics, to central defenders Butterworth and Aidan Howarth, Eli Demetriou who worked well alongside Ivison and not forgetting the hard-working duo up front, Houghton and Poultney.

The Young Reds have been rewarded with a home tie against neighbours Penrith in the next round.