A career which promised so much a year ago appears to be over before it actually got going.

Ash Kelly has been out of the Reds first team picture for the past twelve months and it now appears that his original ACL injury has not made any significant progress and he has been advised not to pursue his career.

Local lad Ash, 25, first came to Reds’ attention whilst playing against us, first for Workington Athletic and then Gretna 2008.

He joined the club in the summer of 2019 and played in all eight of our pre-season games, scoring his first Workington goal against one of his former clubs, Gretna.

His NPL debut followed when he was introduced, via the bench, in the opening game of last season against Pickering Town.

A productive week in October last year, suggested Ash was on the verge of becoming a first team regular scoring his first goals for the seniors against Marske United (league), Moor Row (Cumberland Cup) and Droylsden (FA Trophy) in consecutive matches.

Sadly, that was as good as it got and a few weeks later he sustained the injury whilst training and, apart from the team photo call, hasn’t pulled on a Workington shirt since. The striker will undergo a further operation later this month and all at the club wish him a speedy recovery. 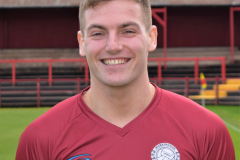 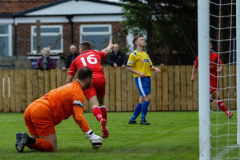 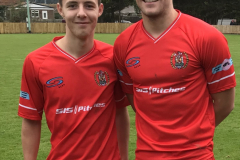 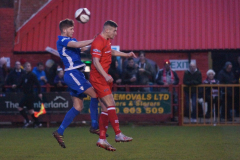 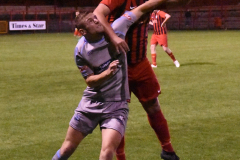 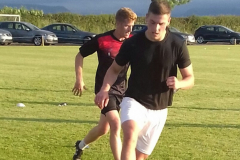