Reds Ladies FA Cup adventure is over for another season, but they leave the competition with their pride intact.

After good away wins in the north east in the two previous rounds, Reds had to travel again but, on this occasion, were paired with stronger opponents who play at a level above.

And in a game of contrasting halves – second best in the first but well on top in the second – Reds were left to rue several missed chances.

They were a goal behind after just three minutes when Jess Tait converted at the near post but, within eight minutes, equalised with a well worked goal of their own.

Sophie Birkett got away down the right and her cross into the area found Hayley Bracken who finished with confidence.

But Morecambe restored the lead after twenty minutes and they established a 4-1 advantage by half time with further goals from Molly Wilcock – a looping shot from distance – and two close range Nikki Berko finishes.

Reds defended much better after the break and this laid the foundation for an improved performance, defensively and offensively.

Bracken scored her second goal on the hour mark, a fine individual effort, and this prompted a good spell from Reds.  In a flurry of activity in the Morecambe goal mouth, they had two shots cleared off the line and saw the ‘keeper make a couple of decent stops.

It looked as though they had ‘won’ the second half with Bracken’s ‘goal of the match’ but Morecambe got a fifth just before the end when Robyn Drinkwater’s cross evaded everyone and finished in the net. 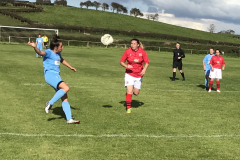 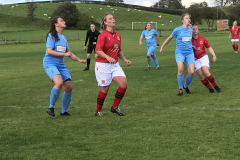 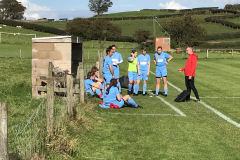 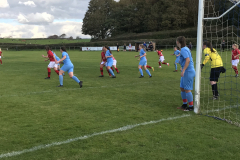