The Reds Ladies could be forgiven for introducing themselves to each other on a team bonding get-together.

They haven’t been in each other’s company since early March – their last match before lockdown – but met up for the first time when they visited Carlisle Golf Centre & Driving Range for a round of foot-golf.

They had a really enjoyable day and, after such a long time since their last game, it was good to see everyone relaxed, laughing and in good spirits.

After some good, bad and truly awful shots, the latter two mainly by manager Brian Heywood, the youngest member of the squad, Paige Johnstone, took the honours by a single shot ahead of Hayley Bracken and Chloe Henderson.

But the shot of the day was, undoubtedly, Hannah Geen’s on the final pin involving a cultured ‘outside of the boot’ bend around an obstacle and into the hole.

They are due to return to training on Wednesday at the Copeland Stadium before reverting to their normal Lakes College base thereafter.

During the enforced break, they have been doing a four week fitness course at home so returning to normal training shouldn’t be too much of a problem.

They will again be playing their football in the North West Women’s Regional League this season and are looking forward to their first friendly next Sunday when they travel to play Burnley Belvedere.

To date, they haven’t recruited any new personnel but are hoping to add to the squad after losing two key players at the end of last season.  Striker Jess Reynolds is taking time off to concentrate on her new job whilst Sophie Nutter is returning to Penrith.

With that in mind, the manager would welcome any new recruits ahead of the new campaign assuring potential players of a friendly atmosphere at the club.

Anyone interested should make contact via the Reds Ladies social media pages or get in touch with Brian direct (07703 019285). 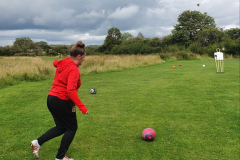 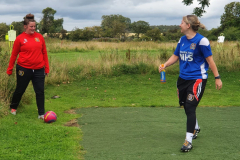 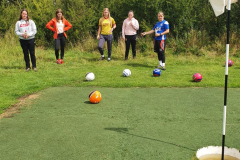