A thorn in our side whilst playing for Ramsbottom United in recent seasons, Ruben Jerome took his first steps to switching allegiance by attending Reds’ training session at Penrith on Tuesday evening.

The front-man, 25, has scored against us in each of the last two seasons at the Riverside Stadium – helping Rammy knock us out of the FA Trophy in December 2018 and repeating the punishment last January when the Lancashire outfit temporarily replaced Reds at the top of the table.

He was introduced to his new team mates before taking part in a two hour, no contact session and looked in good shape throughout.

Ruben (pictured) was one of about twenty four players in attendance with five small groups put through their paces by Reds’ coaching staff. 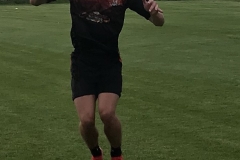 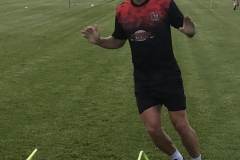 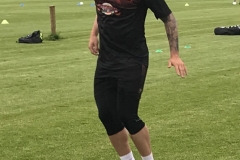 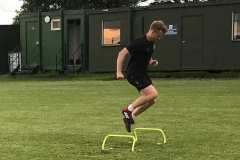 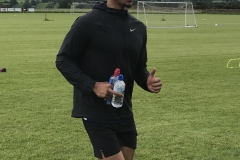 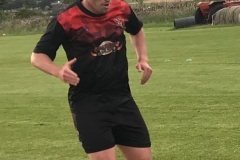 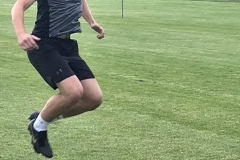 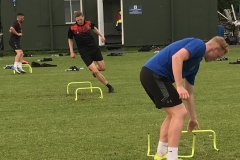 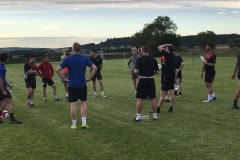 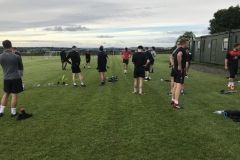 Manager Danny Grainger expressed his delight at landing the new recruit but there was a hint of frustration about the lack of information on when the season will eventually get underway.

“If we just had a start date to work towards that would help with our preparation going forward,” he said.