The players worked in four small groups and carried out a varied set of circuits in the hour long session. All seemed to enjoy their first group exercise carried out in damp, muggy conditions until being reminded that there were no shower facilities afterwards.

Brian Dawson and Craig Johnston will again be in charge of the squad but they drafted Steven Rudd and Ceiran Casson in on the day to help supervise the small group format.

Dawson was pleased with the turnout saying, “It was a good first session for them and having worked hard over the summer to recruit some of the best young players, we think they will develop into a talented group.” 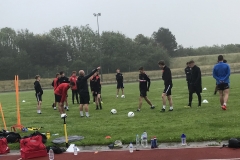 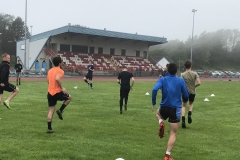 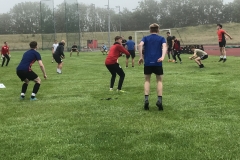 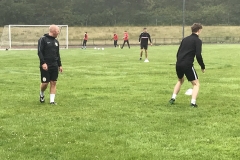 Reds will be playing their football in the Cumberland County League when the 2020-21 campaign eventually gets underway.