A mid August start to the new season is looking less and less likely but that hasn’t put the brakes on the Borough Park maintenance programme with the dedicated band of volunteers continuing to spruce-up the ground.

Indeed, thanks to the unstinting efforts of supporters, the ground has undergone one of the best ever summer facelifts with many jobs and maintenance issues tackled.

The superb weather we have been blessed with over the past three months has enabled staff to concentrate on the many outside jobs, with painting prominent on the main building (inside and outside the stadium), turnstile blocks and toilets along with safety markings on the terraces.

A number of electrical matters have been sorted and replacement strips have been installed so we now have 100% lighting from the seven pylons.  Surplus redundant cabling has also been removed from different areas of the ground enhancing the appearance of the building.

New sections of wooden fencing have tidied up the TownEnd/Popular Side corner with clear pathways leading to and from the turnstiles and exit gates.

The pitch has had a considerable amount of money spent on it with generous amounts of top soil, fertiliser and seed applied and water sprinklers employed to compensate for the drought.

Even the pitch perimeter has been levelled and grassed between the touchlines and the terraces and that is growing quickly, despite the lack of rain.

Internal decorating is next on the agenda with the dressing rooms, Tony Hopper Bar and Shankly Lounge all awaiting a fresh lick of paint.

Like they did last summer, Danny Grainger and Steven Rudd, have spent many hours helping at the ground and their efforts, and those of club officials and supporters, are greatly appreciated. 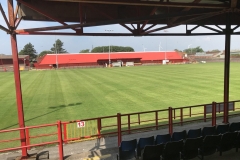 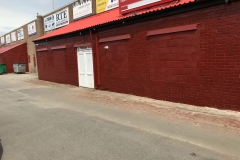 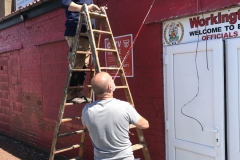 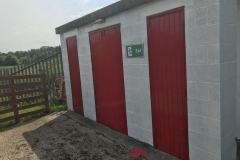 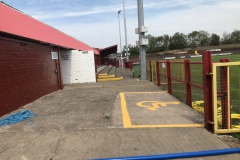 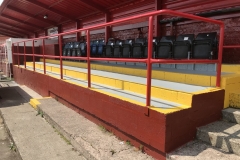 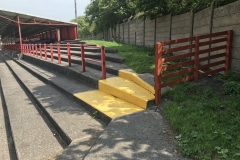 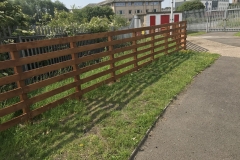 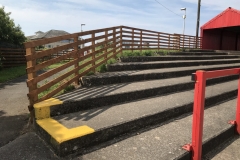 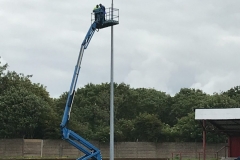 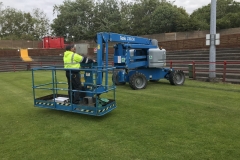 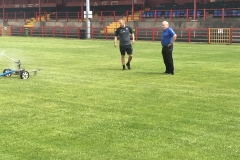 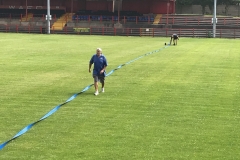 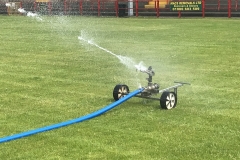