Hundreds of Town and Reds supporters marched through the streets of Workington to express a feeling of goodwill towards the proposed New Community Stadium project.

They assembled in the town centre and marched through the precinct, along Pow Street and down towards the cricket ground where organiser, Brian White, thanked directors, players and supporters of both clubs for the excellent turn out. 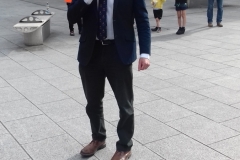 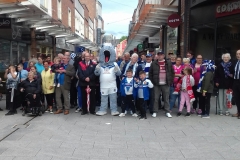 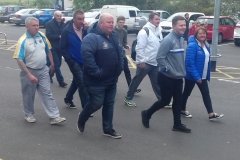 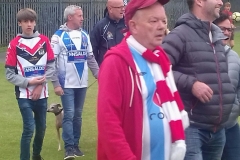 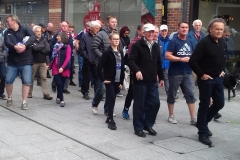 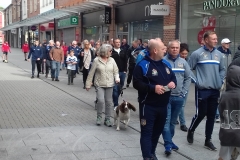 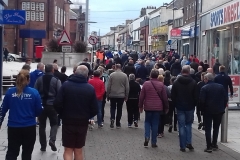 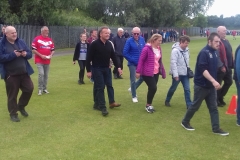 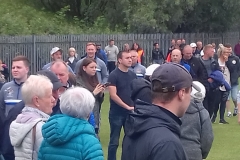 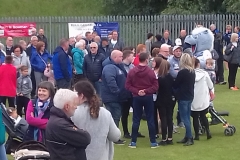 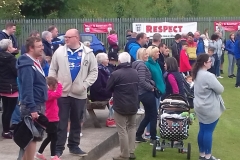 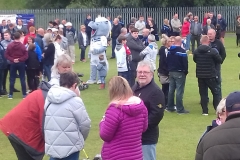 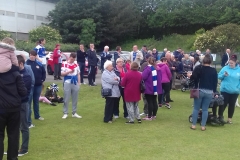 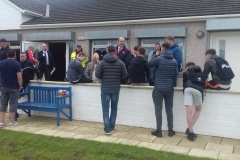 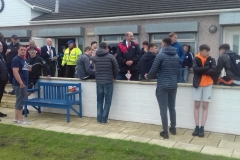 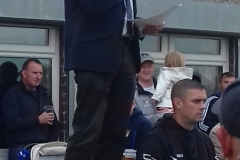 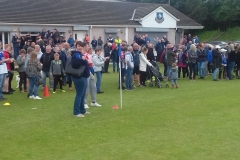 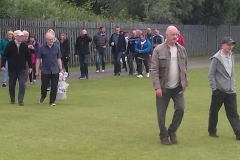 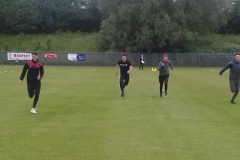 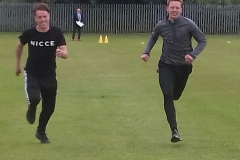 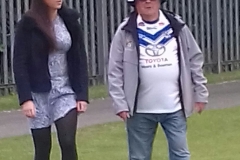 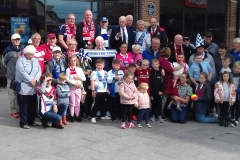 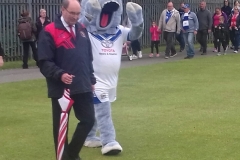 It was quite a good night and I hope both sets of directors can take strength from the mass of goodwill out there tonight.

There was a light hearted foot race at the cricket ground with Reds’ Sheldon Mossop romping home in the 100 metres dash ahead of Scott Williamson, Luke Ivison, Conor Tinnion and Town’s Scott Rooke and Matthew Johnson.

There was also a kick-a-bout between the junior footballers with Reds and Town players joining in.

A bucket collection raised £185 which will be donated to the Children’s Ward at the West Cumberland Hospital.

Allerdale are expected to make a decision on the stadium by the end of the month but, in the interim, Town are due to play their next few games at Borough Park.